I'm getting here after a (way too) long journey with no success in enabling the iGPU on Windows 10 and I really hope someone in here can help me out as I'm running out of options.

- Created a Partition Manually (as the Boot Camp procedure would result in a black screen with "no bootable device detected"), installed Windows 10 on it via USB and then installed all the bootcamp drivers.

Windows sees correctly both the iGPU and dGPU in Device Manager but I'm not able to use the iGPU resulting in Windows using only the dGPU with consequent overheating, fan noise and battery drain.

The goal is to get Windows to use the iGPU for soft tasks and the dGPU for gaming and heavy tasks.

Here's a screen of the Device Manager: 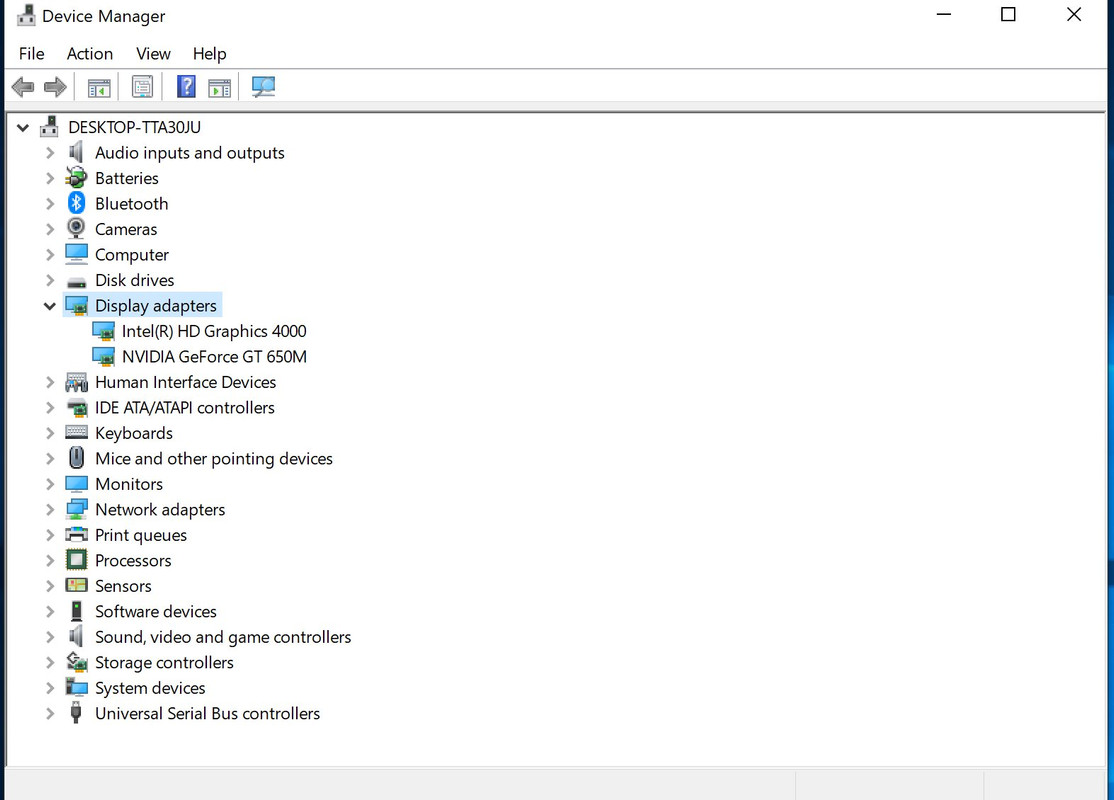 Here's a screen of the iGPU not being usable: 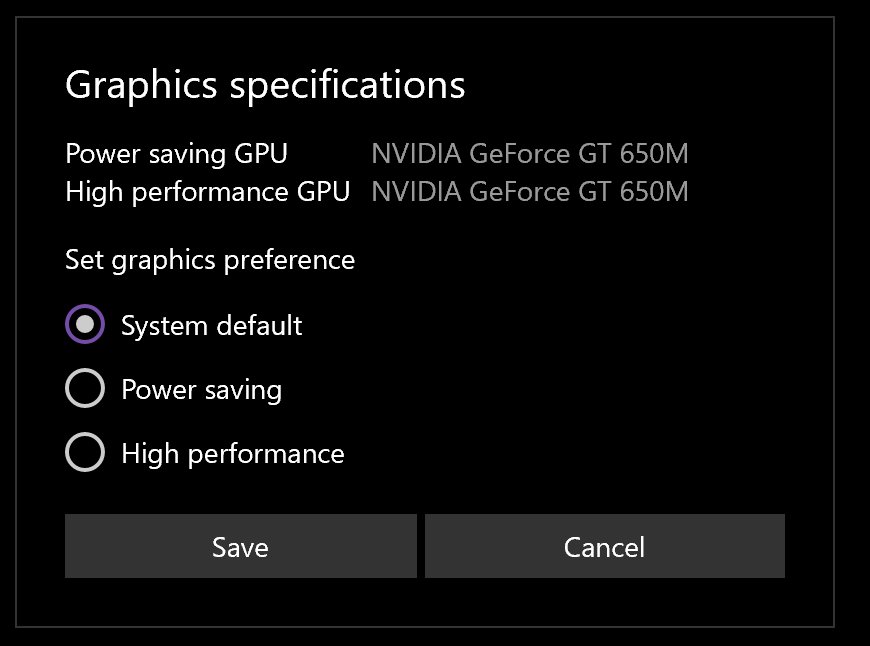 So this led me here and to @goalque's solution and this is the list of things that I have tried (unsuccessfully):

- Wasn't able to use automate-eGPU.efi on USB stick cause it didn't show up neither in rEFInd nor in the "option" menu so I put automate-eGPU.efi in /Volumes/EFI/custom folder and it did show up in rEFInd but it got stuck in the loading screen, forcing me to shut down through power button.

- Then I found this and tried apple_set_os.efi. Even with this I wasn't able to boot it from USB stick, so I proceeded to put it in /Volumes/EFI/custom but again it seemed stuck after the "set vendor to Apple Inc.".

- As it was noted on the thread, I tried using the rEFInd spoofing function and yet I wasn't able to use my iGPU.

- Further searching on the forum took me here to @aa15032261's modified version of apple_set_os.efi. It showed up on rEFInd but it sort of kept looping and flashing some text on screen (it seemed like the procedure worked since somewhere there was a "press any button to continue" but clearly it didn't as it stuck again on that screen.

- Using gpu-switch script to force Windows to use the iGPU results in a black screen when booting Windows and then it restarts over and over so that I have to get into Safe Mode and run the dedicated.bat script.

- This thread was probably the closest situation to mine since I too have installed Windows in UEFI mode but no success again.

I apologise in advance in case this is already a closed case but I wasn't able to find anything more on this.

At this point I really know what else to do. If someone has some suggestion it would be really appreciated.

This topic was modified 2 months ago