If you disconnect the eGPU with modified bootx64 in EFI partition - Can it boot normally and use just iGPU without replacing the original file?

@susurs, The modified bootx64.efi would always load up first. If there's no eGPU detected the EFI loader would start Windows with only iGPU. You can also hit the SKIP shortcut key [z] from what I recall.

And of course if you only use the eGPU occasionally and don't want to be bothered waiting for the EFI loader or hitting Z when booting all the time, you could just install apple_set_os on a flash drive. Then just plug the drive in and hold option when you plan to boot with it, otherwise leave it unplugged and boot normally.

Thank you a hundred times, now Mac and Windows boot the same way, with the same noise from the GPU’s fans.

The first time you have to reboot in order to use the eGPU, but you get the notification so it’s all perfect. 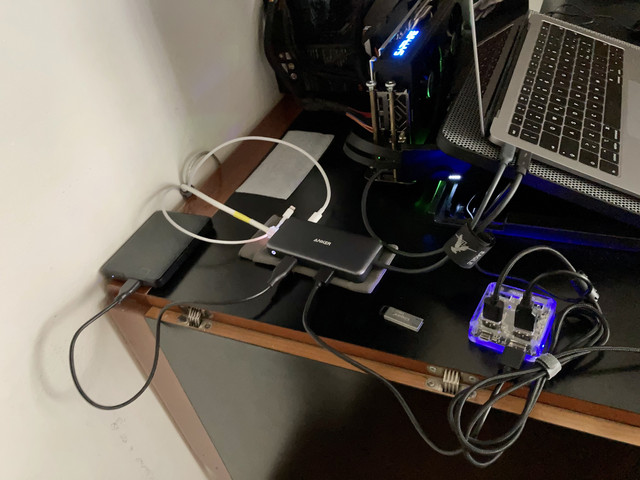 Apologises if this is posted elsewhere.

I was hoping to use the resources provided here to boot my laptop into windows on the iGPU, and maybe get some battery battery life.

I tired a guide and made a bootable USB, which loaded didnt follow through as it could not detect an eGPU.

Any advice would be greatly appreciated.

thank you so much!! With this I was able to get my configuration going to signature. As of today, in 2021, is there no other way to get an EGPU going? at the moment i'm on windows fast ring channel and i have to change port to the card at every boot, i don't know if it's a very stable solution

Can apple_set_os.efi work in Windows 8?

I had this working for months- however, for some reason it wouldn't load whatsoever, I let it try to do its thing and fix startup issues or whatnot on its own (This has happened a hundred times not too far from the norm with this). However, for the first time it reallyyyy got messed up and refused to start at all, kept doing the PC ran into a problem 🙁 cycle for like an hour

So after about and hour of futzing I said screw it, I removed bootcamp all together and Just assumed I was gonna redownload everything. But now, after using the clover configurator, idk if it was the original EFI in there or whatever, but now on startup it says "unable to locate bootx64.efi from memory" and won't start up. I've spent 5 hours trying to get this to work again and its beyond infuriating. I don't know if I need the original original EFI? or what Im doing wrong here but I was so close to get it working again after so many hours- now the very last step (besides hotswapping) doesn't work.

Thank you for making this fix in the first place, but Its really beyond my technical knowhow at this point.

@irish, don’t worry, it’s easy to fix. Could you tell me what files are in your efi partition? Maybe take a screenshot of the error as well so I can take a look.

I can really use your help.

Long story short: I accidentally deleted the original bootx64.efi and unable to get it back, any suggestions?

@scaven_x, Easiest way to fix the issue is to rebuild the efi file structure with a windows installation disk.

Thanks, problem solved! I realized I could just make a Windows bootable usb drive during which a new EFI file would be generated, nowthe system is up and running