Running Windows 10 21H1 19043.1110 in Boot Camp, latest macOS. I cannot for the life of me get my setup to work. Here are two screenshots showing the two problems.

I tried the the automate-eGPU EFI method, which resulted in at first a crash after getting to the macOS desktop, and then every time after, it would just freeze when selecting the boot into macOS option, causing me to have to force shutdown the system every time. I guess this is because in that thread it says, "As of Catalina, Apple has tightened EFI security of dGPU equipped MBPs... Please try startup.nsh EFI Shell approach instead described on my 2015 15" MacBook Pro Master Thread."

So, I visited the aforementioned thread, but I'm lost as to what to do next. The instructions are geared towards the older MacBooks, and at this point, I'm too frustrated to sit down and read through it step by step and figure out what applies to me and what doesn't. I was hoping this would be plug n' play considering it's an NVIDIA eGPU, but nope!

Any help is appreciated. 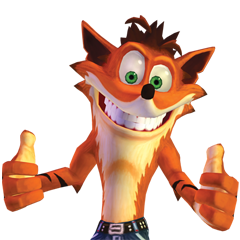 Try an older version of windows !!!