I can't find a way to get a proper working setup. I'm having issues under cs:go (30~40 fps). Path Of Exile will quit unexpectedly, ...

Would you help me diagnose the issue and/or help me get it work?

I followed this setup guide. But I didn't followed the step 4 on the EFI (I couldn't care less about he igpu, was it my mistake?)

I ran DDU and installed the Adrenalin 2020 all users red gaming edition driver from bootcampdrivers.com

The egpu is recognized and seems setup properly.

Hard drives (containing games and apps), mouse and keyboard are connected to the enclosure (without any hub).

The enclosure itself is connected on the right side of the Mac.

Ethernet cable is not connected to the enclosure but through an adapter on the other side of the computer.

I deactivated all game features in Windows and didn't touch anything in the driver settings.

I found a quite stable settings following your advices. Thank you for that.
But, it's not done either.
Currently, I've got frequent frame drops. Every 4 to 5 seconds, the system slows down for 1 second, i think it's called stuttering (see task manager, no game running just browsing).

I'm now able to play around 60fps but at the cost of these drops and some crashes.

I have a very similar setup with the same issues. Another game I have big problems with is Modern Warfare. Still looking for answers.

Check to see if there any other programs running or checking for updates in the background while you are gaming.

Here’s something that worked for others running POE:

Radeon Software is quietly defaulting PoE to having "Radeon Enhanced Sync" to 'On' instead of the global setting.

Basically, first check that you don't have Enhanced Sync turned on in your global settings: 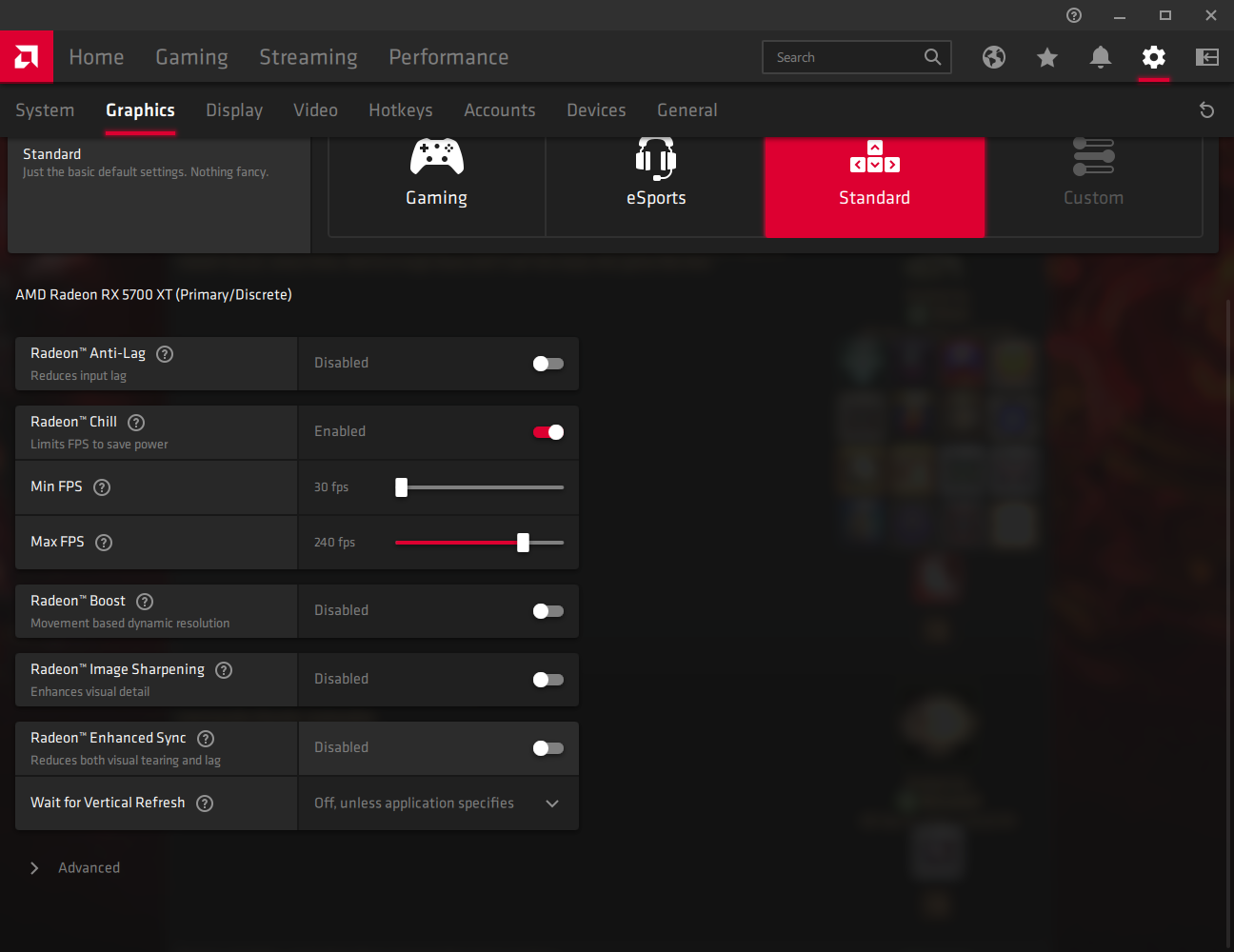 Next, go to the Gaming tab and click on Path Of Exile: 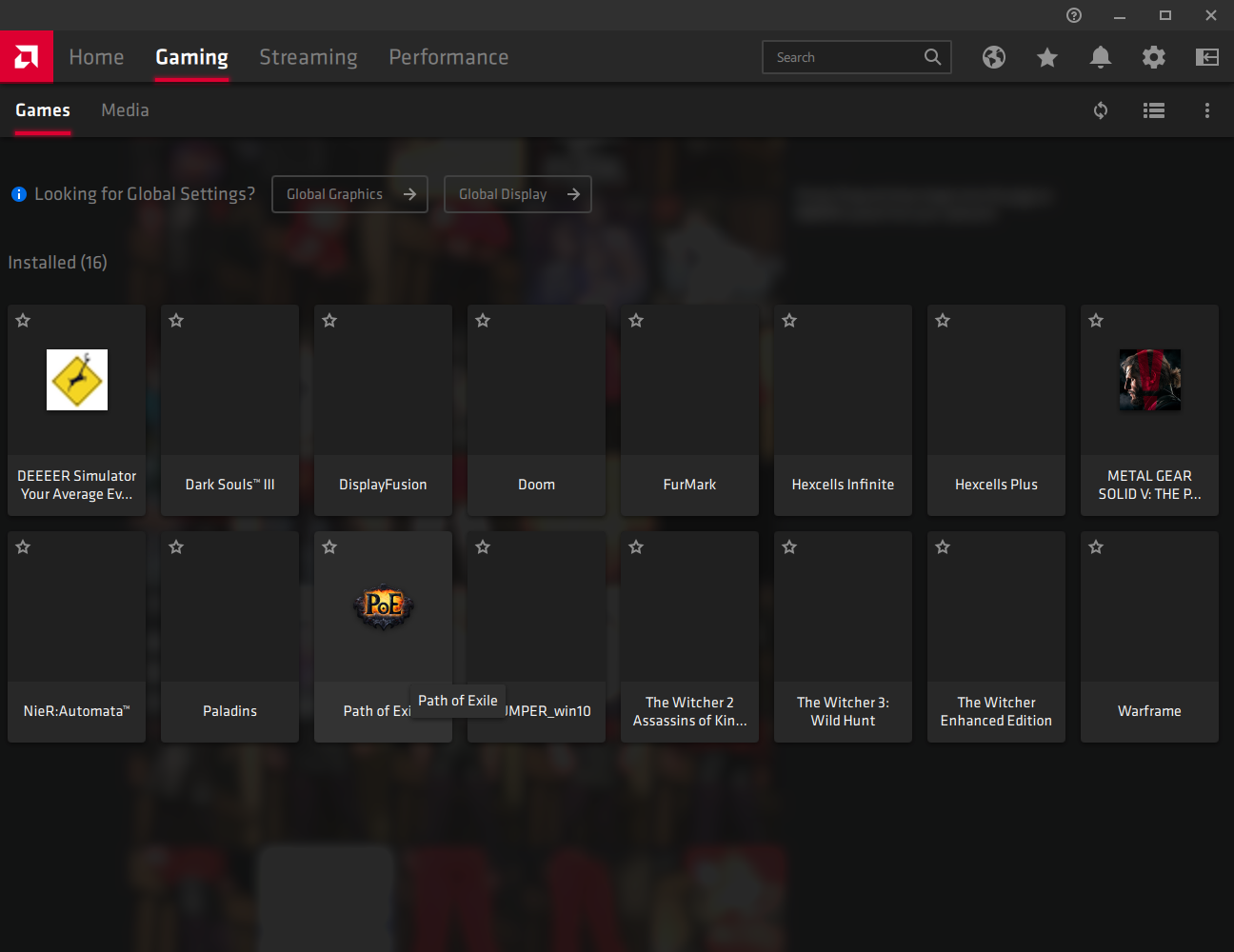 You'll very likely find that Enhanced Sync is turned On here regardless of your global setting, turn it Off: 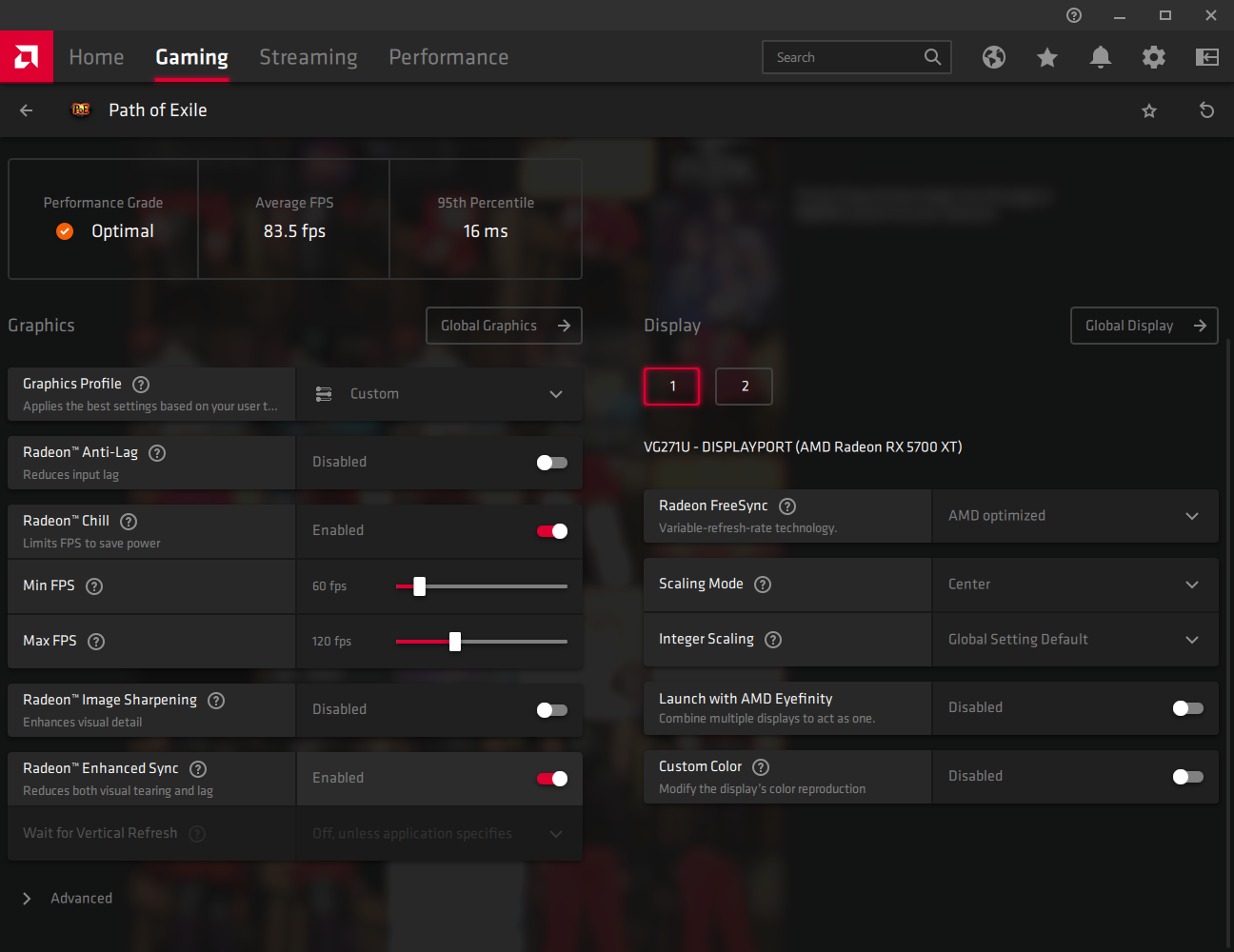 Check to see if there any other programs running or checking for updates in the background while you are gaming.

I'll try that as well. Thanks for the recommendation.

For curiosity sake, and well because, hopefully, I will completely understand what I do,

would you tell me why having "enhanced sync" settings turned off is better?

It’s just a possible work-around for a bug AMD has yet to fix.

You can report any issues with games on AMD’s site here:

They seem to be fixing bugs a handful at a time with each driver update.

I have a very similar setup with the same issues. Another game I have big problems with is Modern Warfare. Still looking for answers.

Same here huuge problems with Modern Warfare: Warzone on eGPU. Im beginning to think its driver issues from AMD (RX 5700 XT), or high Cpu usage/bad optimization in warzone, as all other of my games Destiny 2, Cs:go, apex legends run perfectly on Ultra settings

@jens_engels, Warzone has issues on non-eGPU systems as well. I’ve been plagued with those. What usually solves the issue for me is resetting the AMD drivers to factory defaults and skipping quick setup.

Anybody having issues in games, please report them to AMD:

There are some potential work-arounds for Warzone suggested here:

I submitted an issue as @mini-i5 recommended.

Also, I could played a little bit (even at PoE) and have gained insight on my issue.

It seems that every games is running (no more crash) but there is framedrops regularly. Even on the desktop (I saw that while moving windows around).

What could be the cause of that?