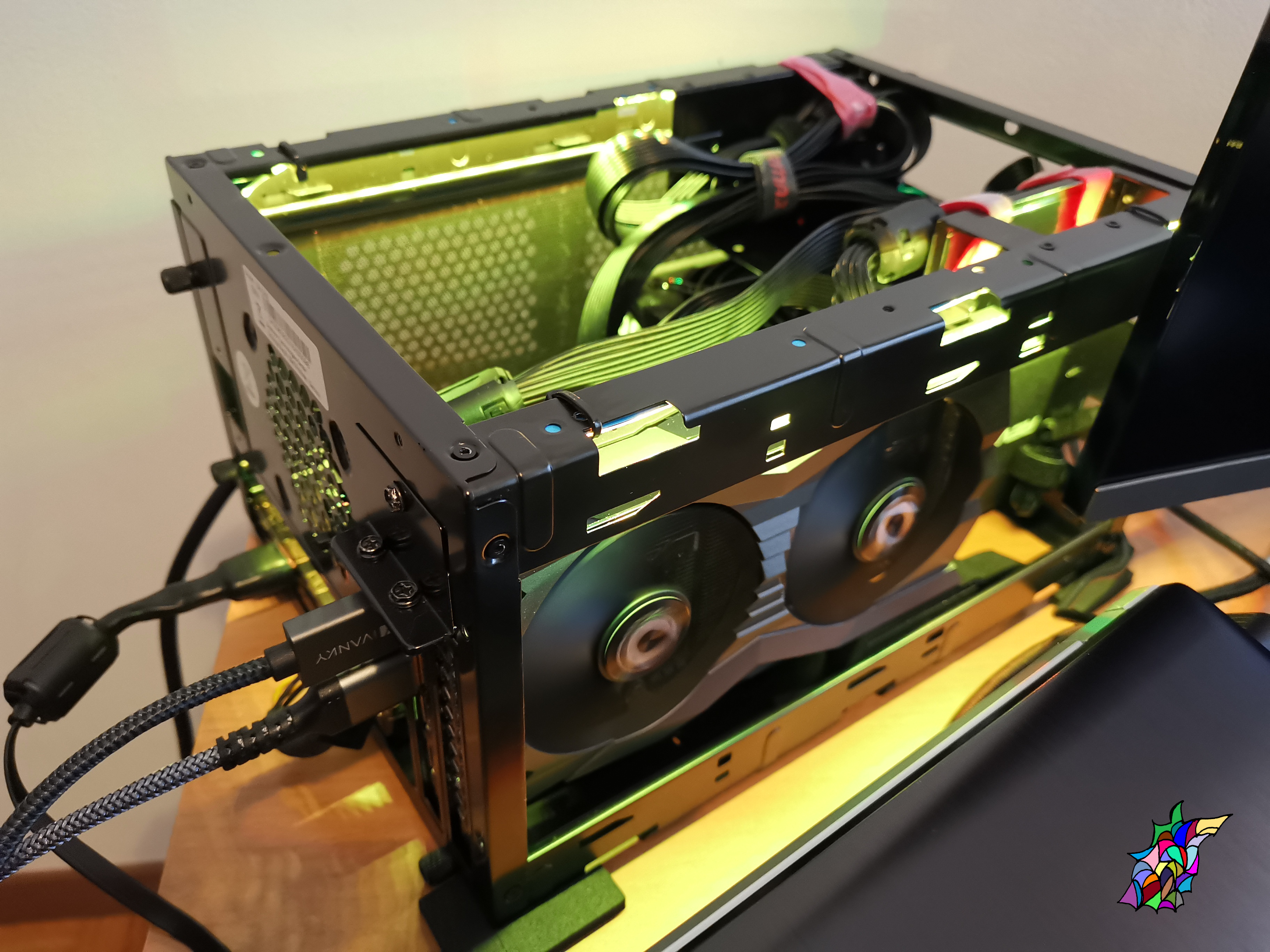 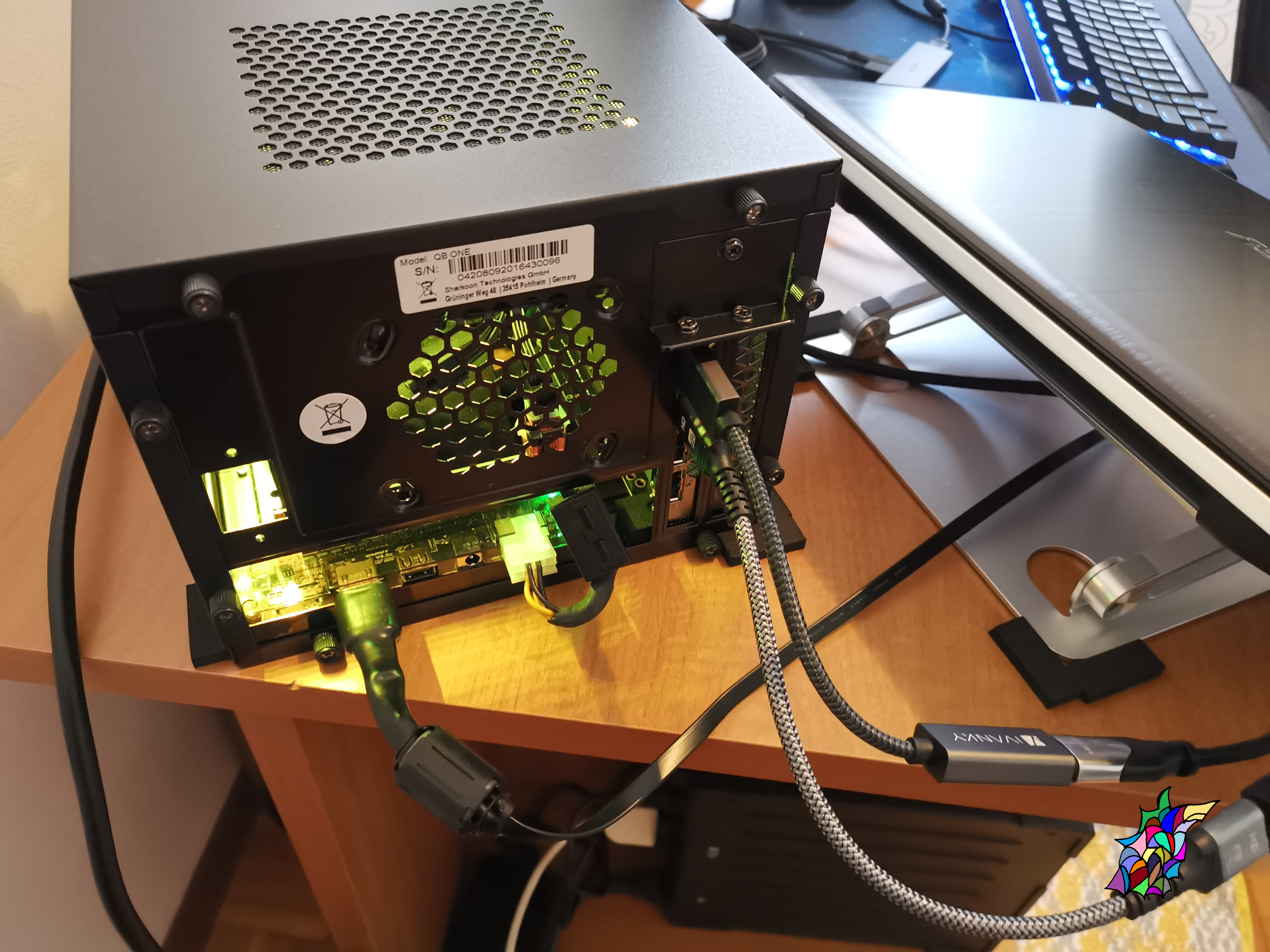 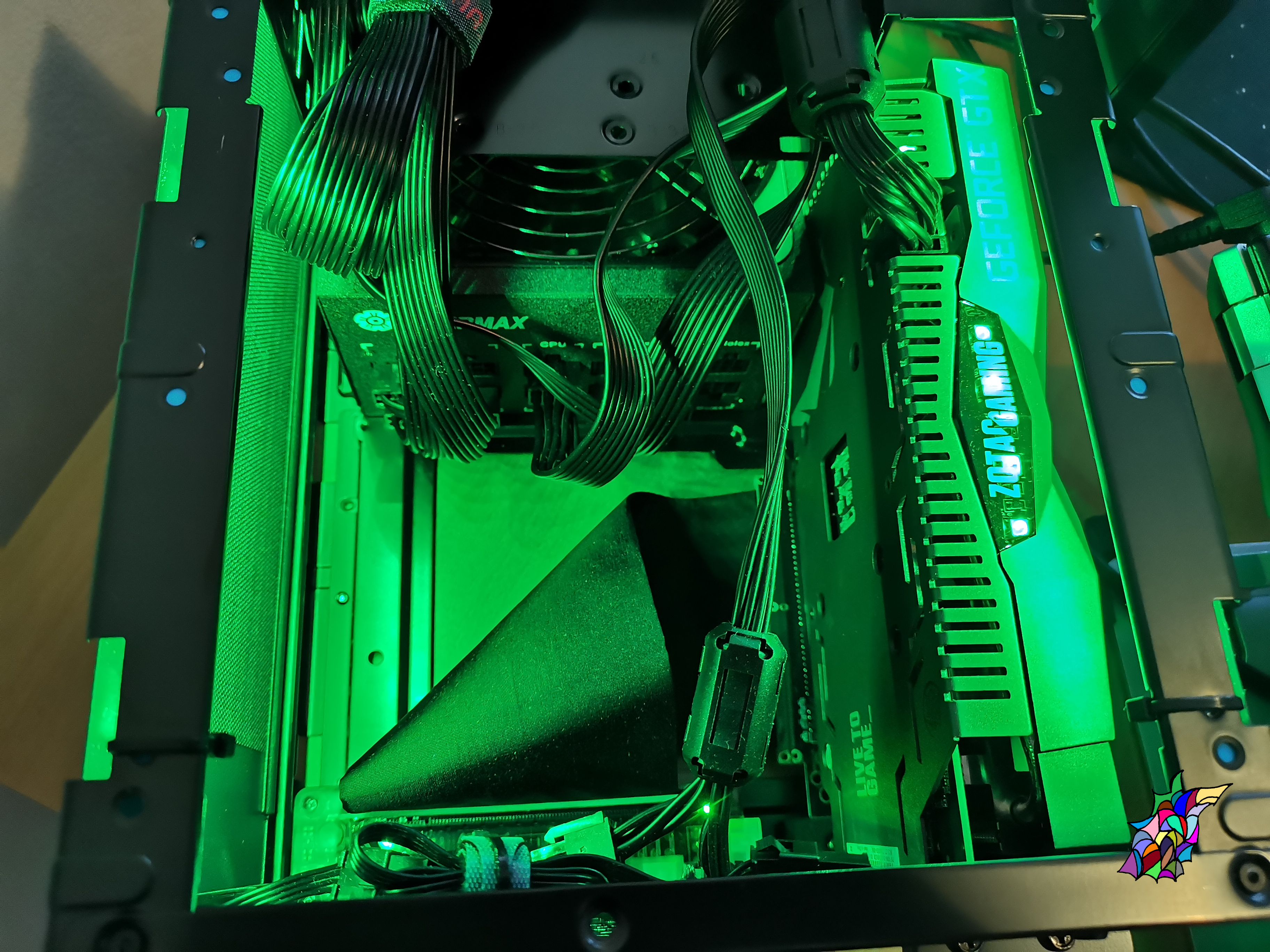 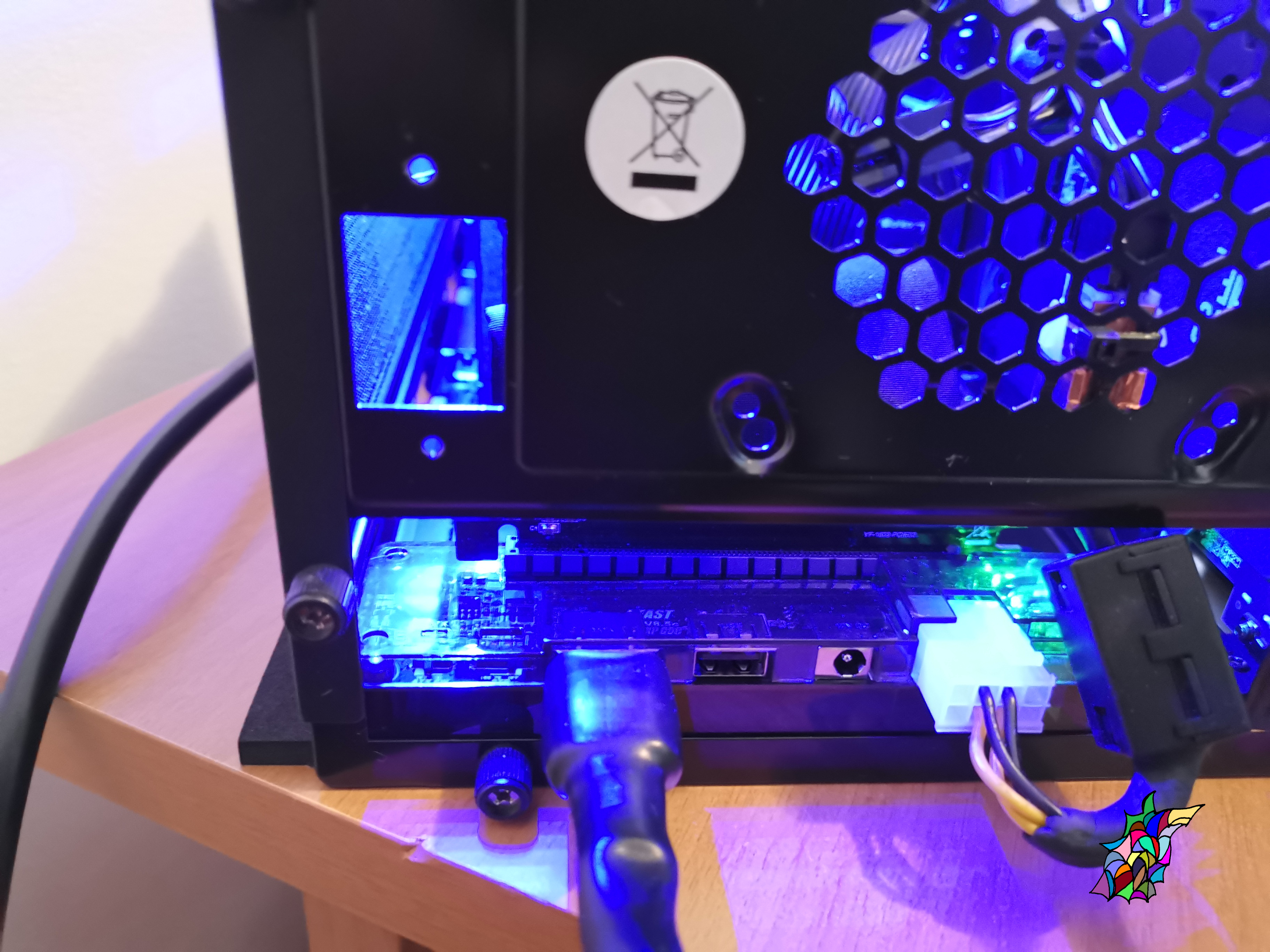 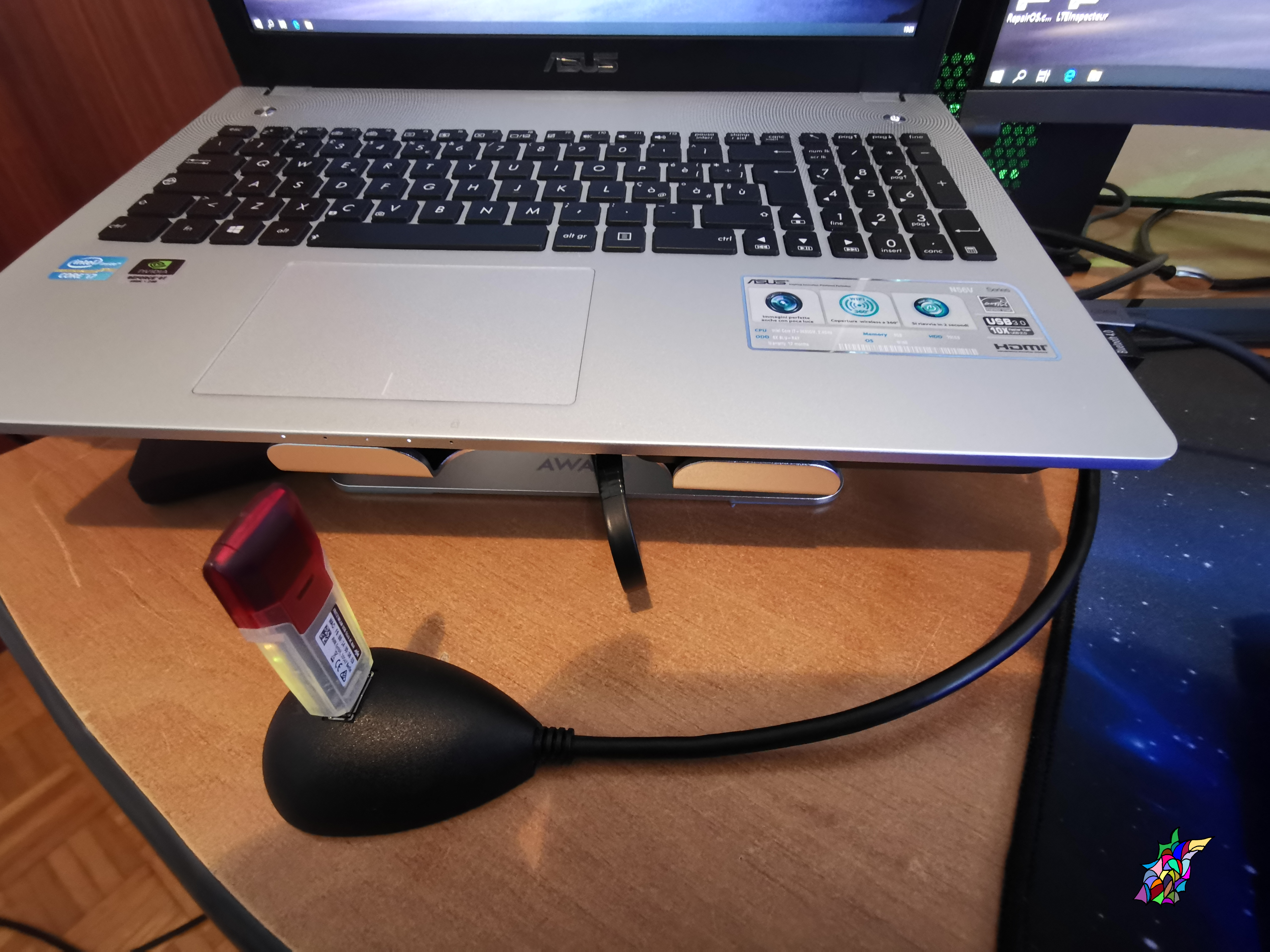 Anyway the installation steps are the following:

To debug this kind of issue I configured the PSU in jump start mode so that if a crash occurs the Blue Screen of Death will appear on the internal Display of the Laptop. This thing is already mentioned in many Threads in this wonderful forum … thanks a lot guys of the egpu.io community.

It is since the end of November 2020 that I am debugging the EXP GDC instabilities. Right now I am creating this thread because I reached a completely stable system with the same EXP GDC Beast but the debugging was long and difficult.

Randomly when playing games or watching video the VIDEO_TDR_FAILURE was occurring. To debug this issue I changed the PSU from a Cooler Master MASTER LITE 600W to an Enermax Revolution D.F. The problem was still occurring. Then I replace the Video Card (that I was using) a Gigabyte 1650 OC Rev. 2.0 with a Zotac 1660 Super Amp and the problem still occurred but less frequently.

Then I found on the eGPU forum that some users found a possible solution using Ferrite Beads in the PSU output cable but even this was not solving the issue still randomly I was getting the BSOD.

Meanwhile I found a way to replicate the issue almost systematically. I found several Threads in the eGPU.io forum about the EXP GDC Beast instability related to electrical noise generated by the Fridge Pump Compressor of other demanding device that could cause enough noise to make the EXP GDC crash, moreover my shutters are motorized.

These two thinks combined was the key to replicate the issue.

In fact nearby my office room I have a Fridge and sometimes when the Fridge pump starts the BSOD was occurring. But if when the fridge pump was starting I activate the motorized shutter (which I have in my office) the probability to get a BSOD (while gaming) was almost 100%.

So the problem was the EMI (Electromagnetic Interference) generated by the Fridge and the motorized shutter?

The answer is (from my point of view) yes but no. The main problem is that when these devices (fridge and motorized shutter) are active, a big noise is introduced in the house electrical system so this noise from the power cable of the PSU is transferred to the EXP GDC (through the power cable from the PSU and the EXP GDC) and the EXP GDC crash generating the VIDEO_TDR_FAILURE Blue Screen of Death.

Note: with the latest drivers (461.51 for example) the VIDEO_TDR_FAILURE BSOD has been replaced by the SYSTEM_THREAD_EXCEPTION_NOT_HANDLED BSOD.

The only solution is to isolate all the component connected to the eGPU from the power wall plug.

The only way to isolate is using an AVR (Automatic Voltage Regulator) which is not cheap. For example I am using an UPS with AVR by Eaton Ellipse PRO 850 DIN - 850 VA which provides an AVR and UPS to keep the system ON (for a short period of time) even if no electricity is present.

To make this solution work properly all the devices connected to the PC such as Display, Speaker, the Laptop (everything) shall be getting the electricity only from the AVR. In this way the system is not getting any electrical noise from the surrounding environment (fridge, motorized shutter etc…).

Now the only possible causes of Noise are internal namely the speakers can produce electrical noise which can make the EXP GDC crash again. Here my solution is still overkill using  grounding audio cable to connect the speaker to the Display (since I use the HDMI Audio provided by the eGPU) or the cheapest solution is to keep separate (not in direct contact) the Power Cable of the Speaker and the audio cable which goes from the Display to the Speaker.

Finally after 4 month of testing and debugging I made the EXP GDC stable. 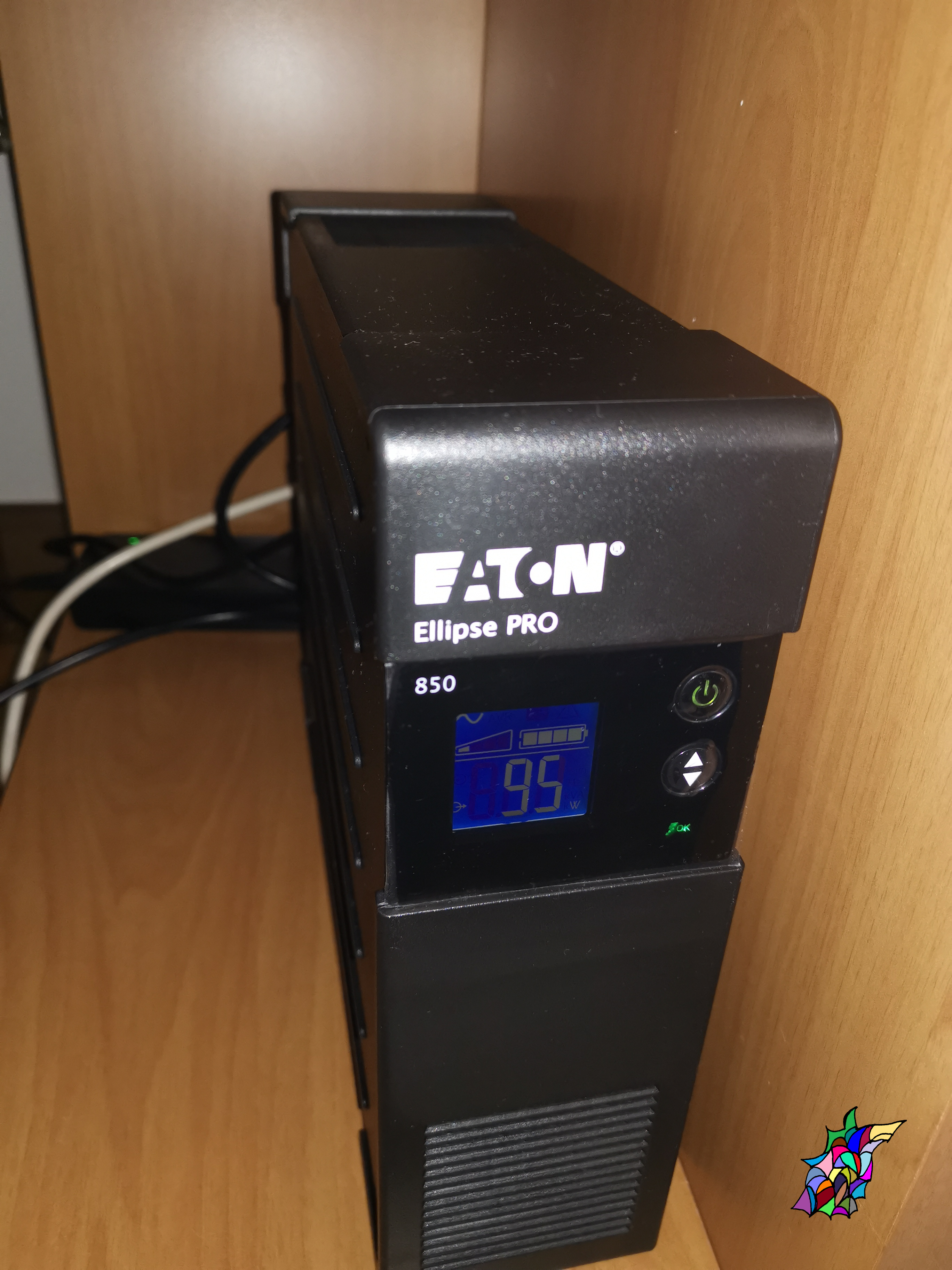 For the Benchmark and comments see my video on Youtube: 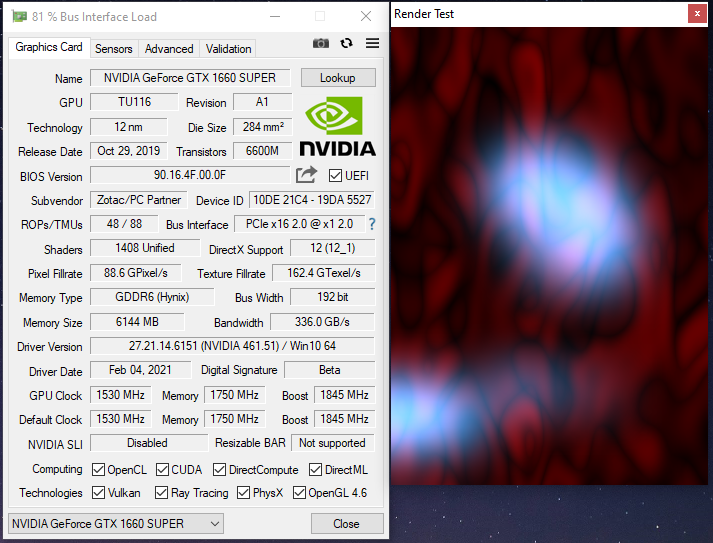 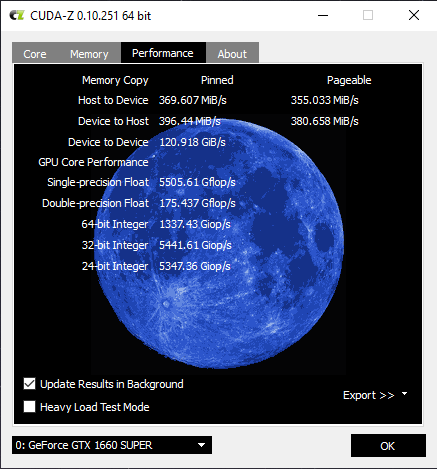 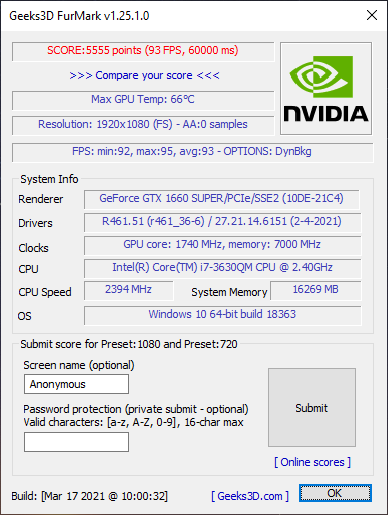 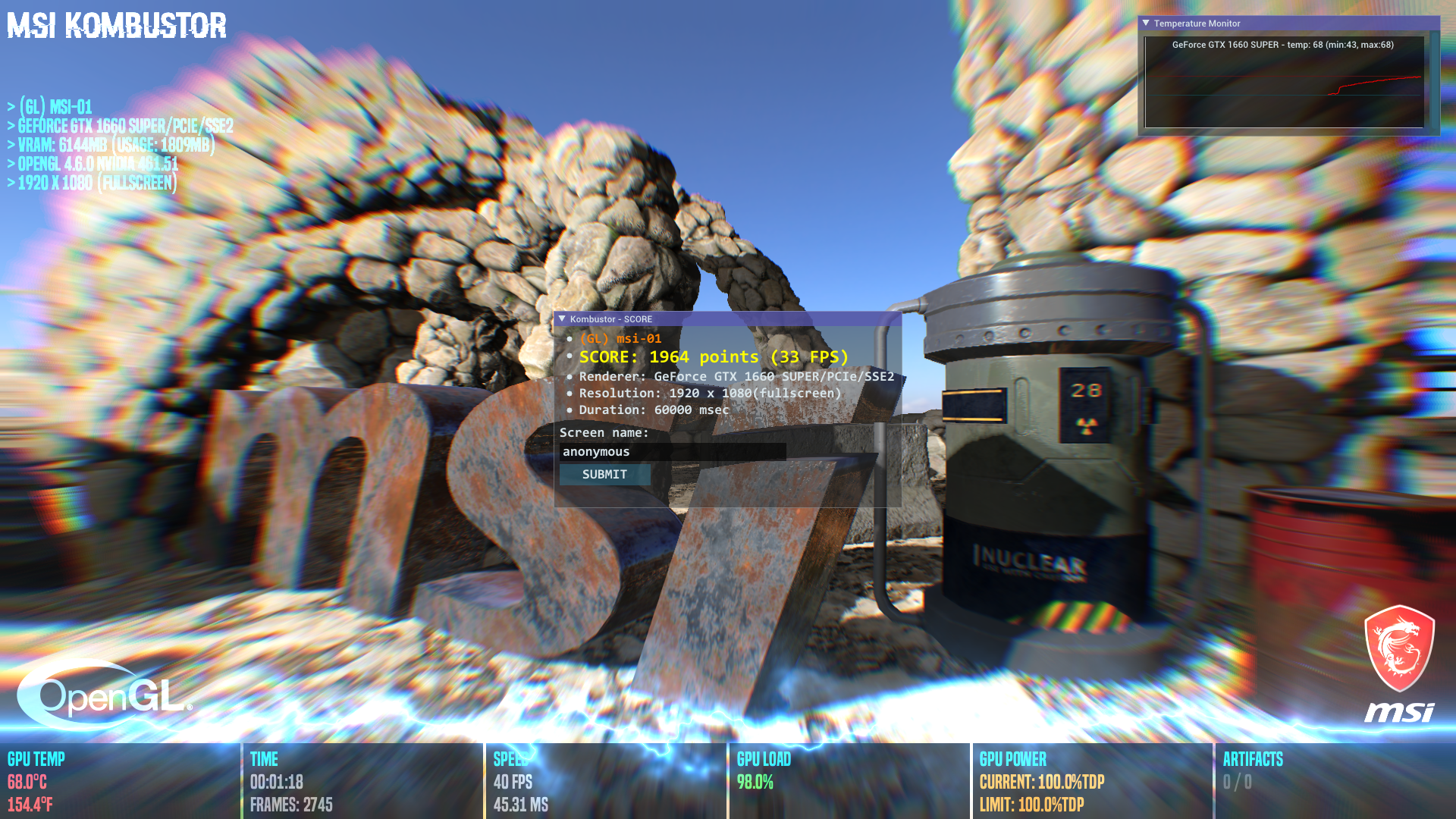 - Huge improvement on gaming with respect to the dedicated GPU.

- Since the Nvidia GTX 1660 Super has the Envec Hardware Encoding I can also stream the game play see all my streaming video: