Topic is mostly copied from @rusTORK's build here since the laptop & the egpu connector/adapter is almost same with a couple of changes. This is the adapter that made eGPU possible. Thanks a lot to gerald from TI Forums.

This is the port in laptop where the ultrabay adapter connects. You'll also notice a Slimsata port on the left side for CD/DVD optical drives. I've utilized that port as well using a Slimsata extension cable. After inserting the adapter: Now you'll get the idea. It is just like the original implementation of ultrabay gpu from lenovo. Plug in the ultrabay adapter and you're ready to game.

I've modified the adapter by creating an aluminium enclosure around it (which should provide some EM shielding as well) and including the Slimsata extension cable. It is still a work in progress. Now the adapter on connecting side looks like this: 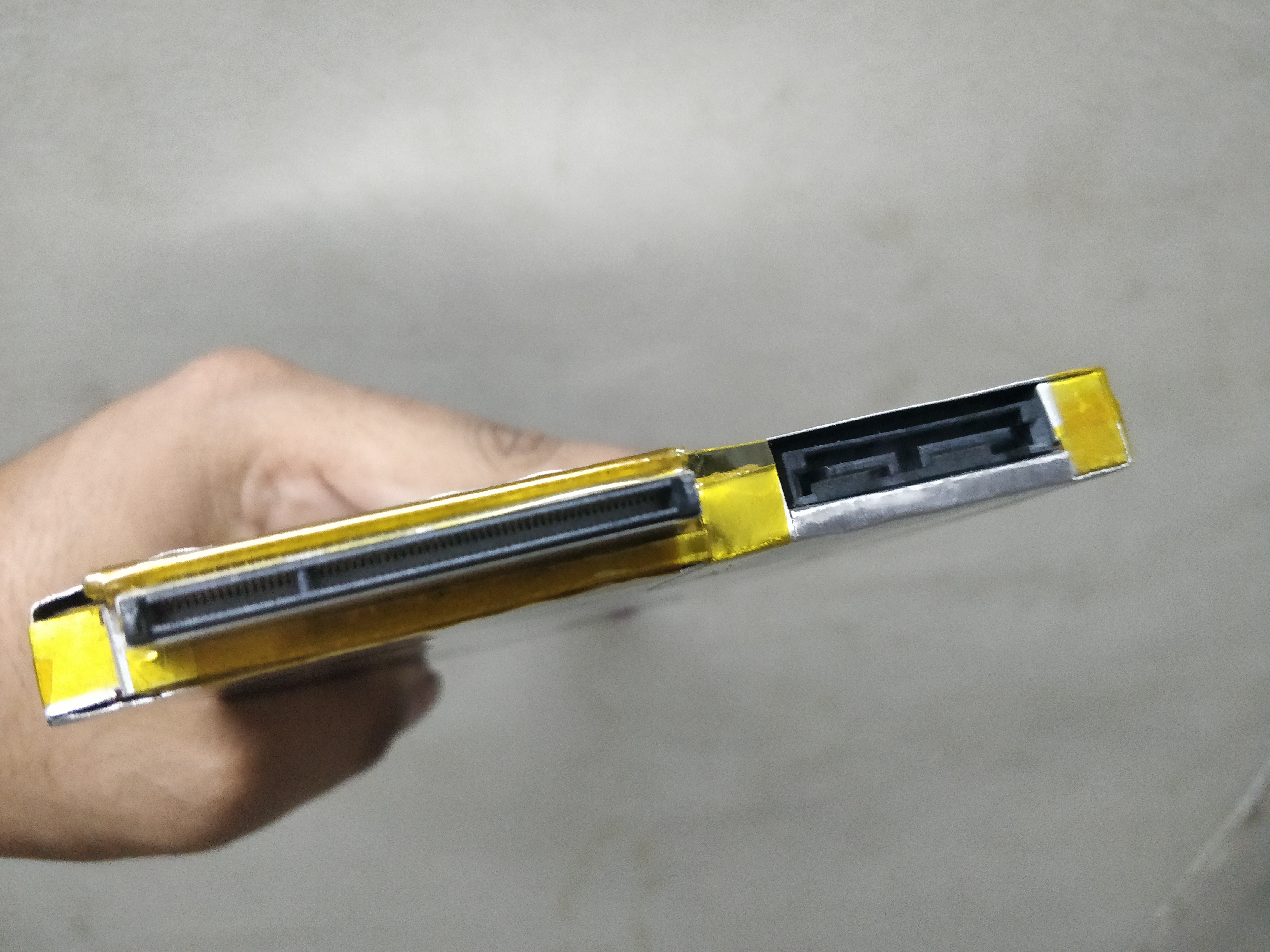 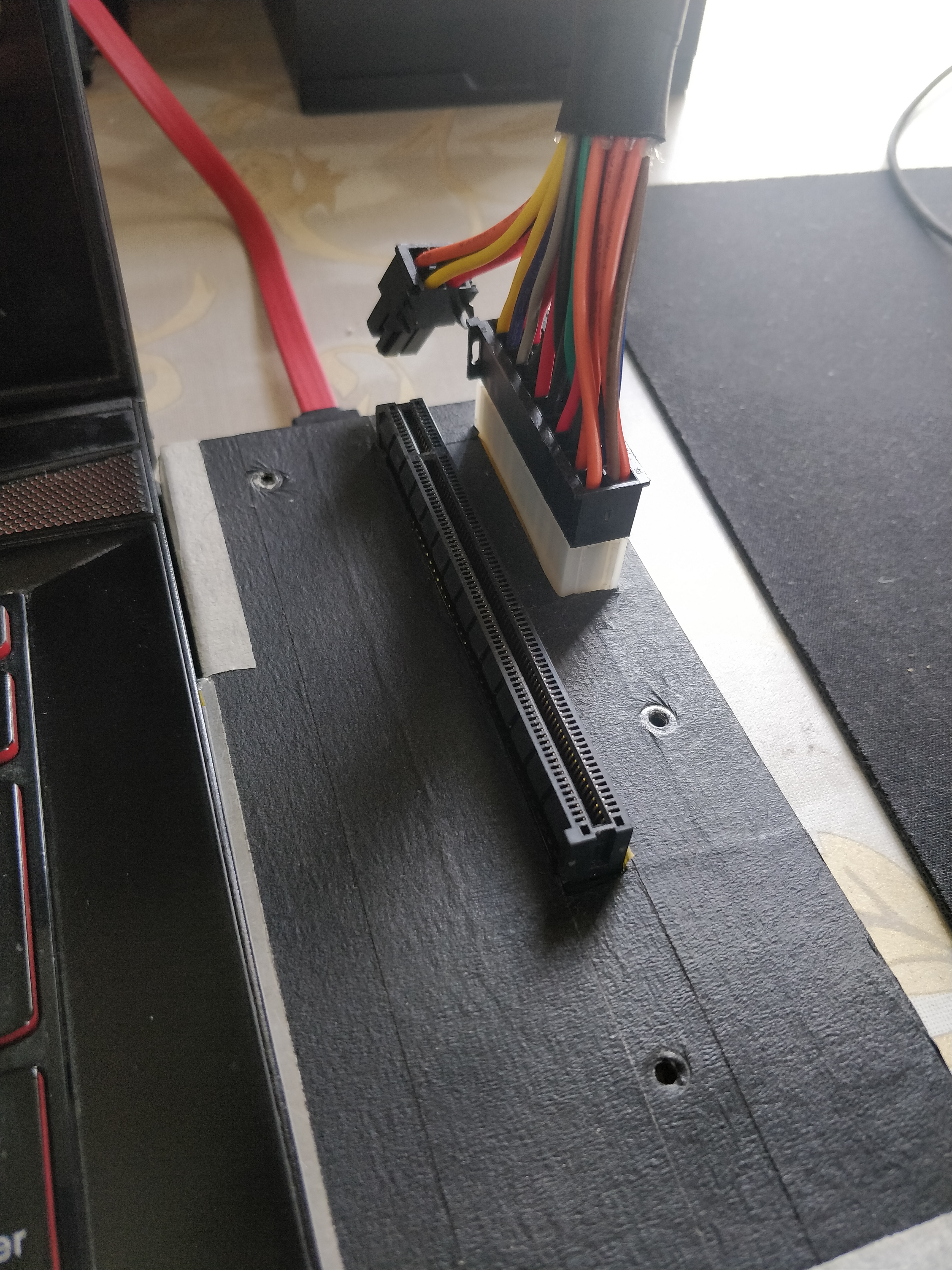 The sata cable coming out from the back is connected to slimline sata extension cable i mentioned earlier. 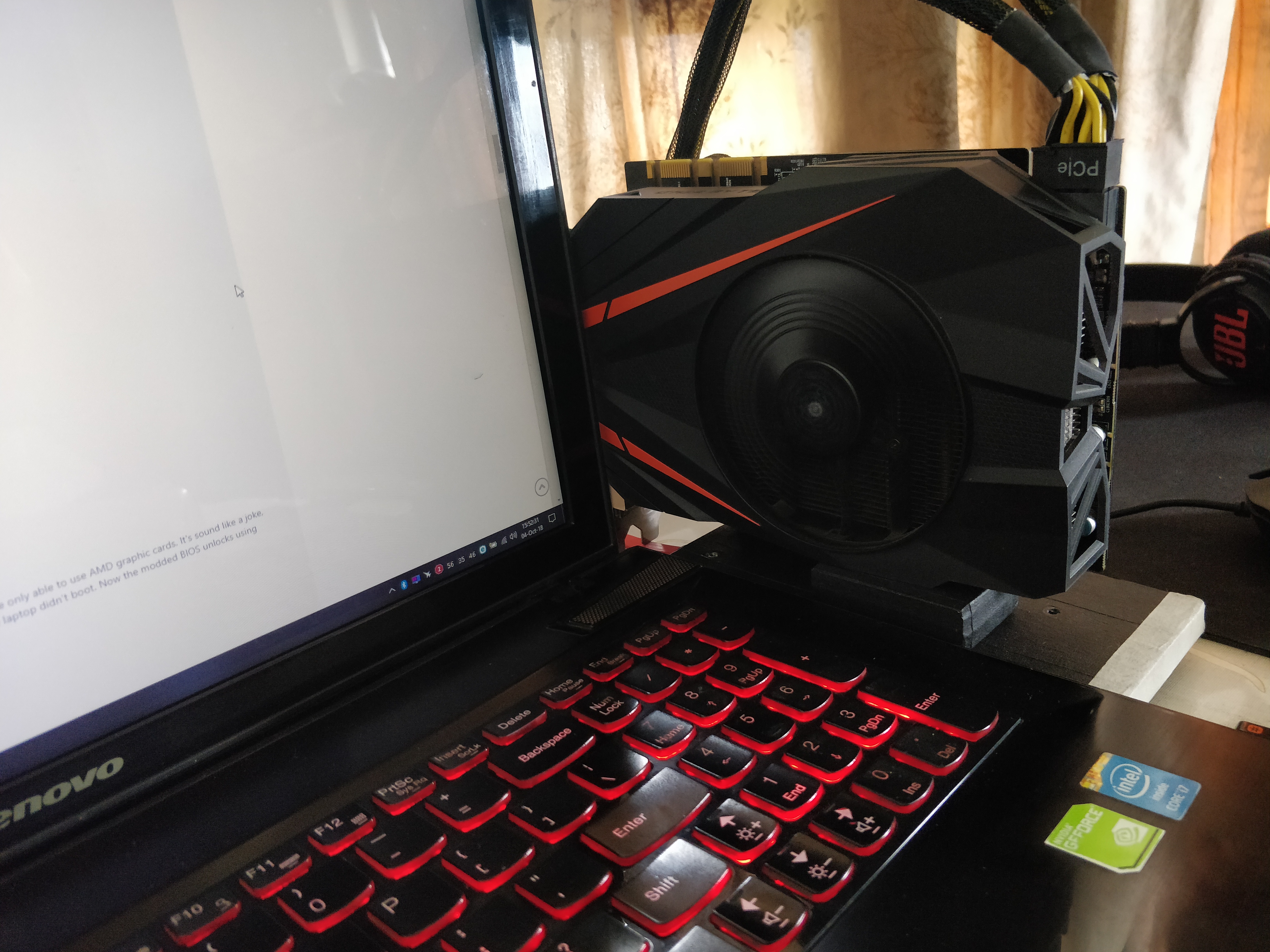 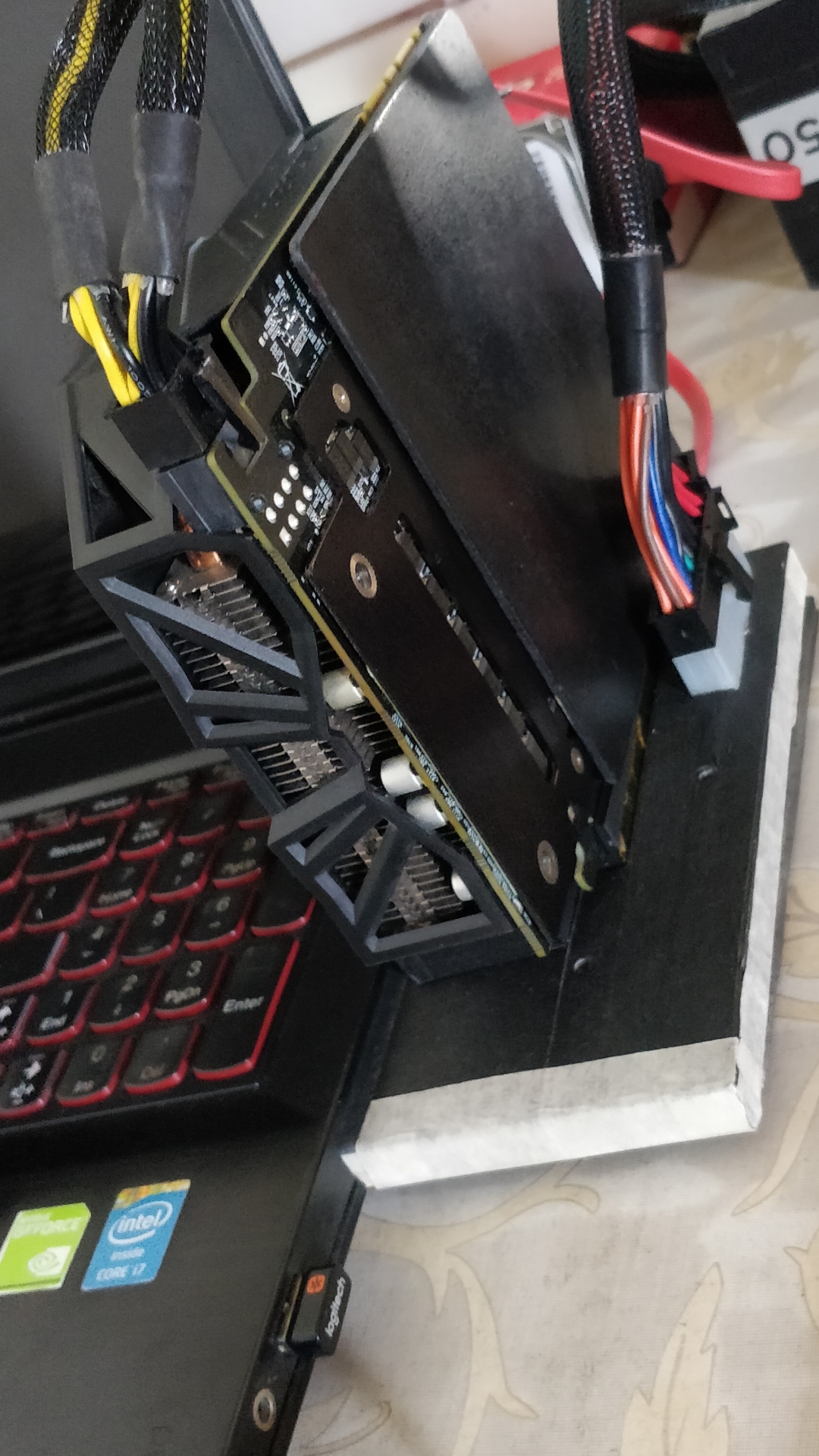 Also created a backplate for the GPU in the process.

BIOS
Experimental BIOS (yeah, things go wild right from start point) from user High_Voltage at Techinferno forum. At the start we were only able to use AMD graphic cards. It's sound like a joke, since original ultrabay card was NVIDIA GeForce GT 755M, but it's Device ID was hardly added in BIOS. With Nvidia gfx card the laptop didn't boot. Now the modded BIOS unlocks using NVIDIA cards in additon to AMD ones.

It is possible to skip flashing the experimental BIOS by soldering Arduino on adapter. 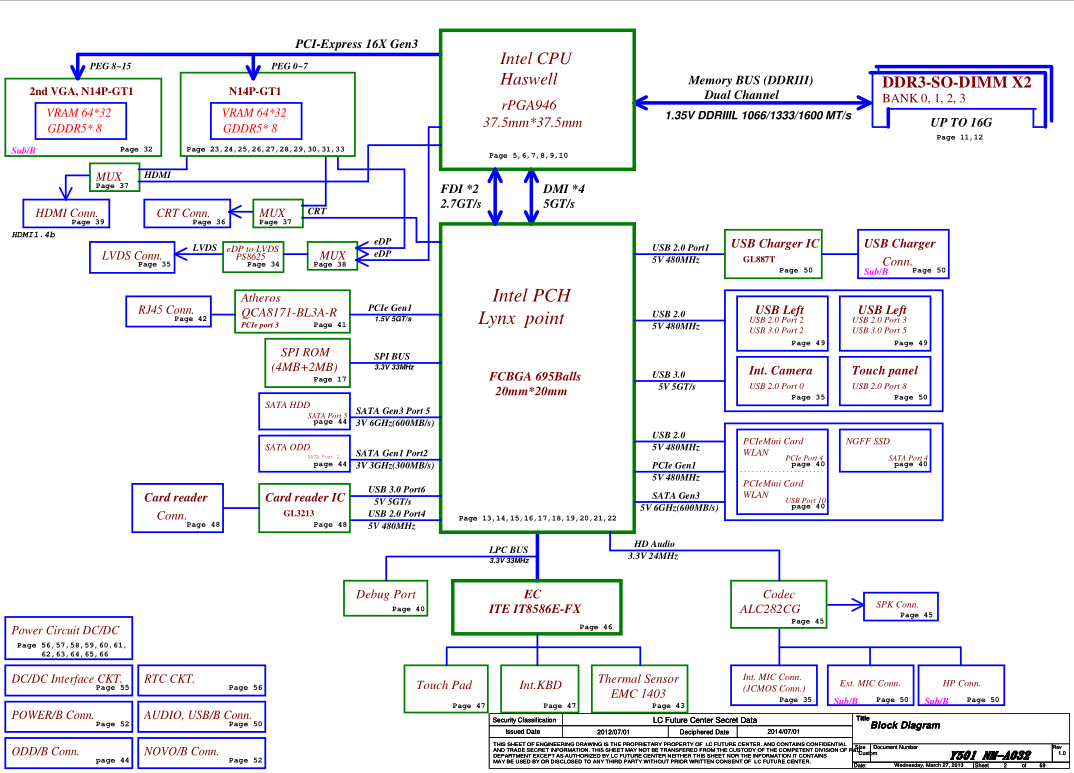 You may see on diagram that both VGAs (N14P-GT1) are connected directly to CPU. Benchmarks ( a lot of them

Apart from AIDA64 (test on internal screen), all the testing has been done with Nvidia drivers version 411.63.

AIDA64 (Both laptop & desktop for comparison) 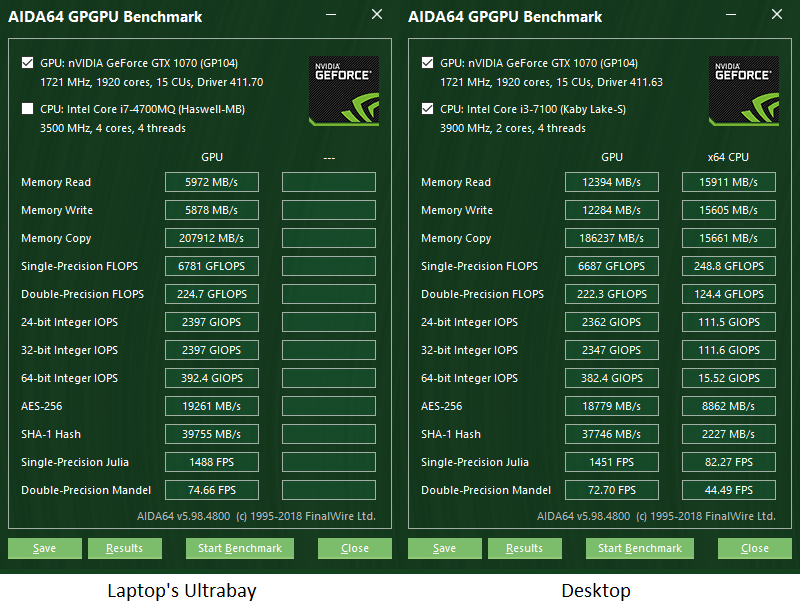 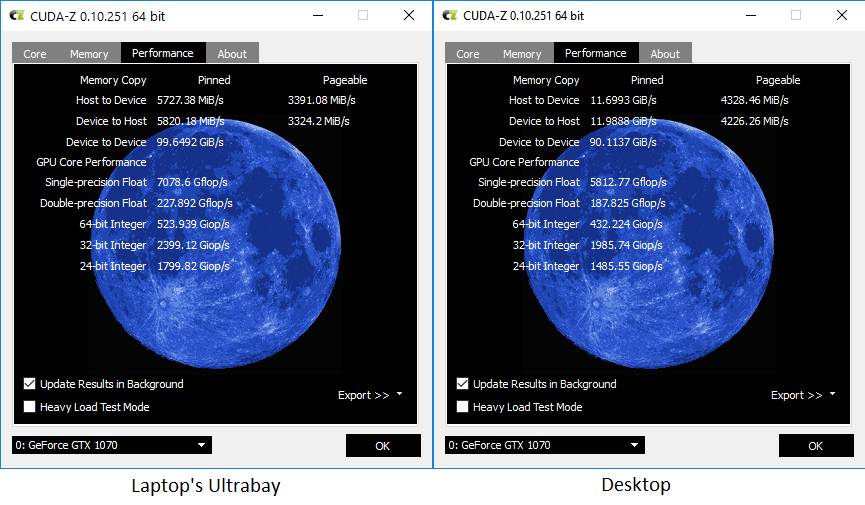 Note: All synthetic benchmarks below are done with driver version 430.86.

Shadow of the Tomb Raider: 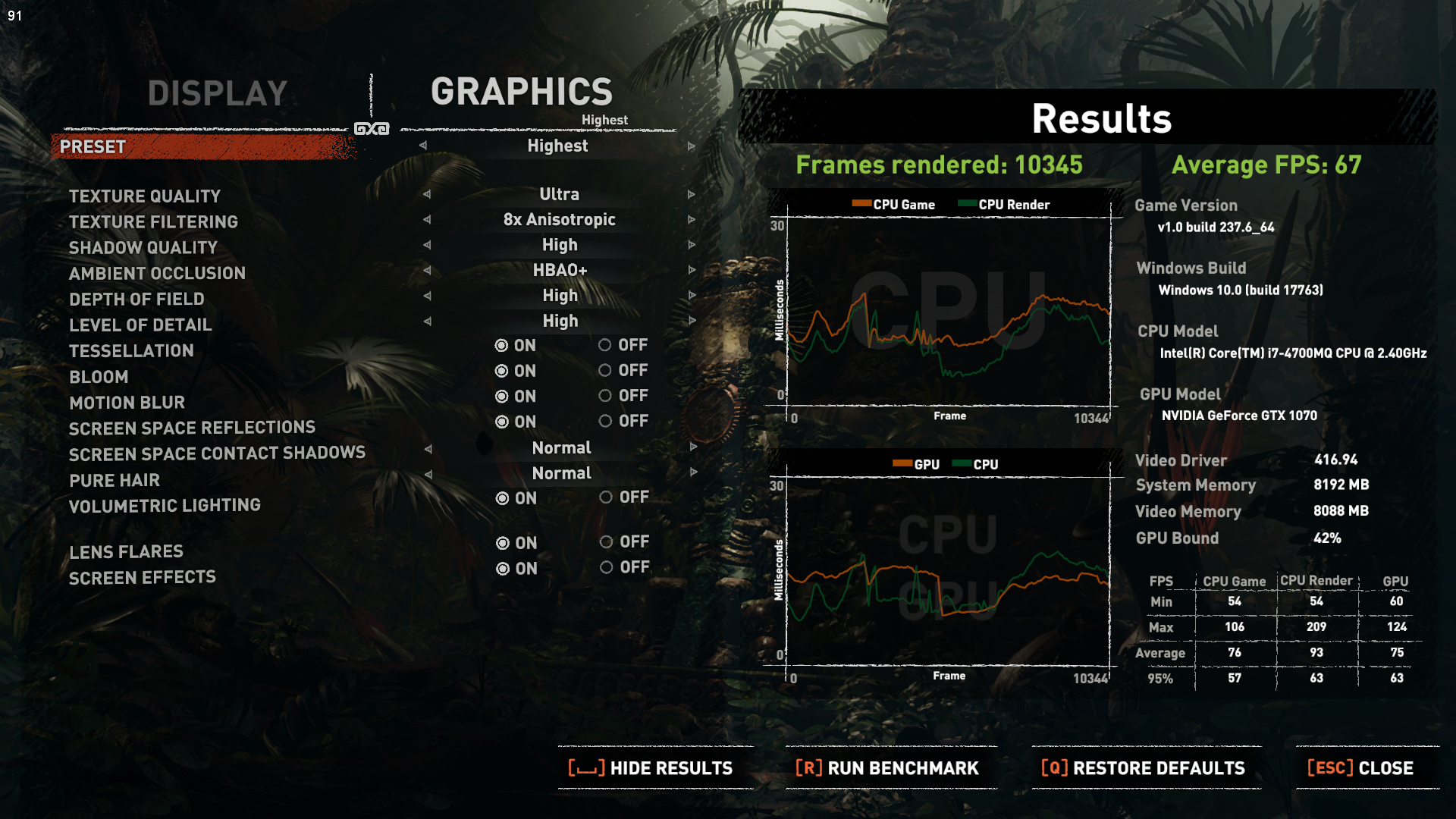 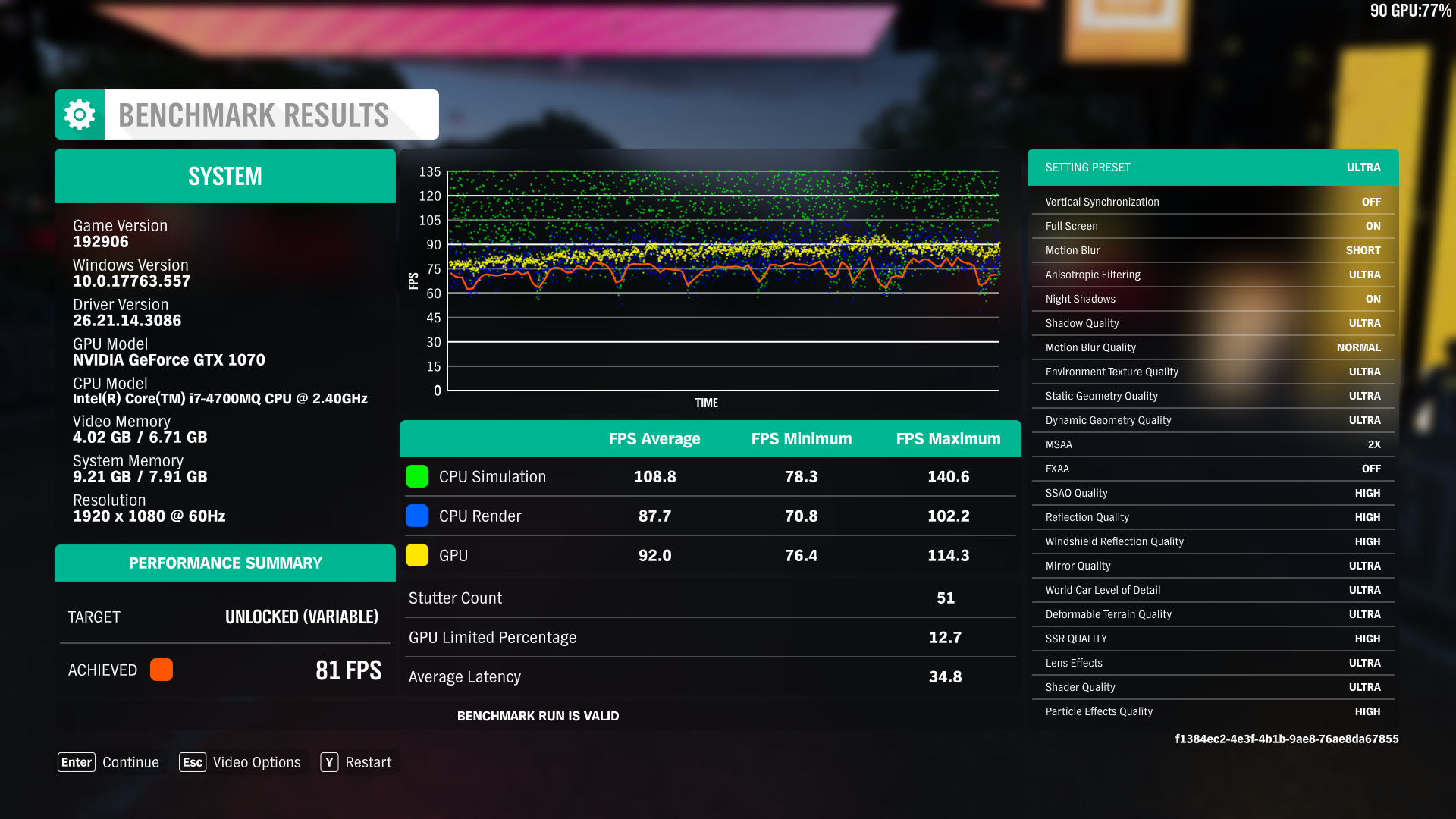 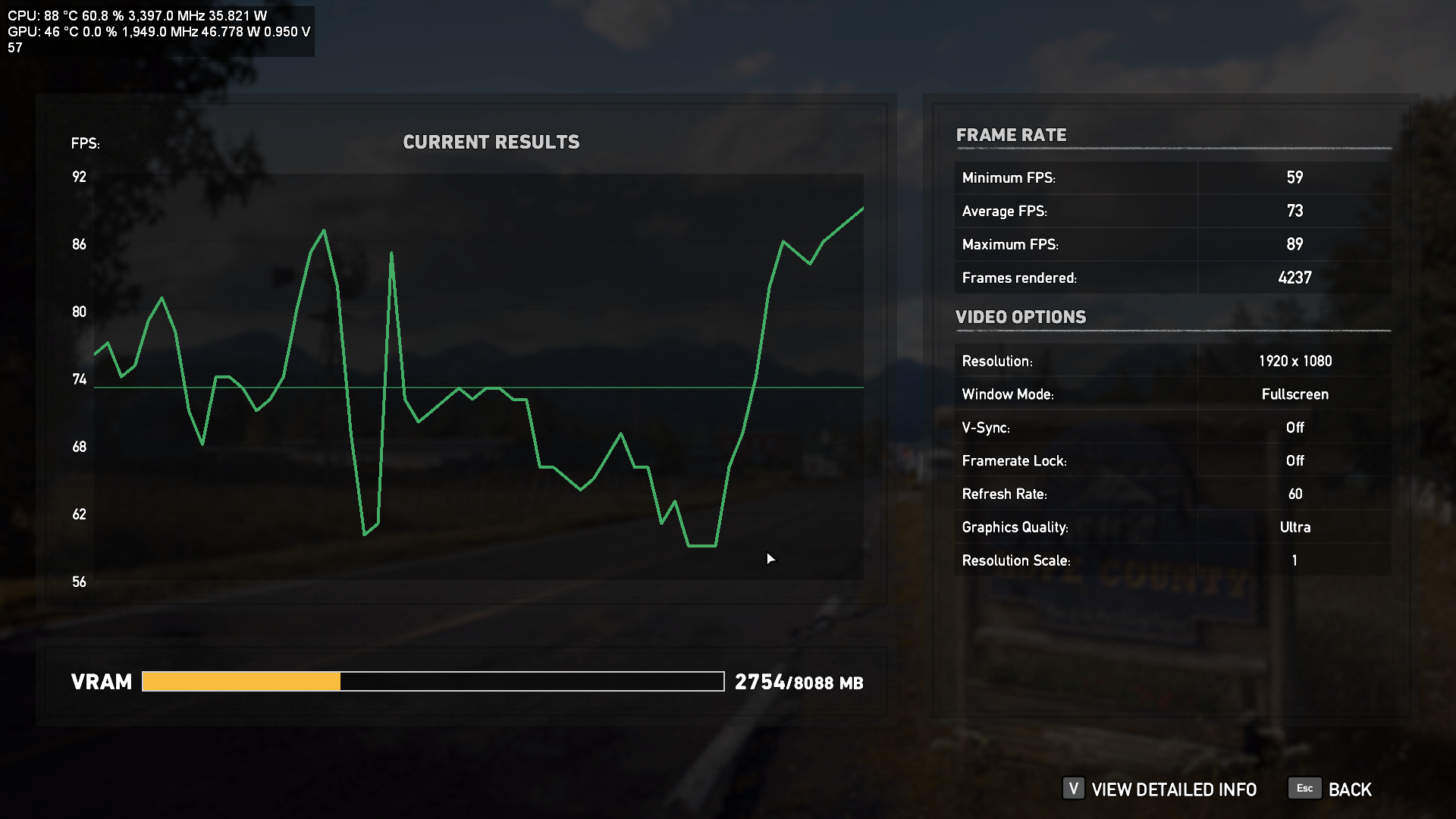 This is a very old laptop (more than 5 year old) but with the ultrabay adapter it can hold its own with the current gen laptops. I'm very impressed with the performance. The fps i'm getting is almost same as a desktop counterpart. I'll be getting a 120 Hz monitor soon. If anyone has any suggestions on the monitor it'll be greatly appreciated.

So there's my conclusion.

Lastly, i'll be getting a PCIe riser/extender to keep the GPU away from my face in an enclosure

Hi
I have a question? maybe a silly or dumb one
The CPU you have mentioned can handle only 5 GT/s
GPU connected transfer at 8 GT/s thorough LUA PCI 3.0 x 8

it bottlenecks with CPU doesn't?

Posted by: blackranger
The CPU you have mentioned can handle only 5 GT/s

Incorrect.  5 GT/s you are mentioned is Bus Speed, here is quote from Intel ARK site:

VGA not transfering data via DMI and later DMI to CPU. VGA connected directly to CPU via PCI-E interface (separate lanes). That's why it's have higher speed - 8 GT\s.

But still... mobile CPU is bottleneck in this system anyway. Due to it's overall performance and design.

Thank you for your reply.

since mpcie port cant give more than 4gbps transfer speed.

What difference it makes in gaming 4gbps vs 64gbps?

There will be a lot of difference. Check out the Build Guides section. You can filter it by mPCI-e. Afterwards compare the results.

and these other builds doesn't have much benchmarks but handles games OK.

Yeah. If i have to guess, with mPCI-e you should be able to play games fine but you'll have to tone down some settings if you're aiming for 60 fps.

I recently ran benchmark on SOTR at the highest preset (internal screen) and this is what i got:

If you want me run any game benchmarks let me know.

Thank you for your reply and benchmark.

I want to use mpcie till we get the next batch of adapter, so thank you for clarifying.

for the time till we get new LUA i can lower my settings & play.