Does this also work on osx or just windows bootcamp?

Only bootcamp, as there are no 10X0 driver yet for macOS.

Step #1. Click the  menu on your Mac and then select Restart.

Step #2. Next up, you have to hold down command+R to boot into the Recovery System.

Step #3. Now, you need to click on the Utilities menu and choose Terminal.

Step #4. Up next, you will have to type csrutil disable and press return.

Step #6. You need to click the  menu and choose Shut Down.

Step #7. Plug your eGPU and press the Power button

Step #9. Put the automate-eGPU.sh v1.0.1 script down below in the Terminal: 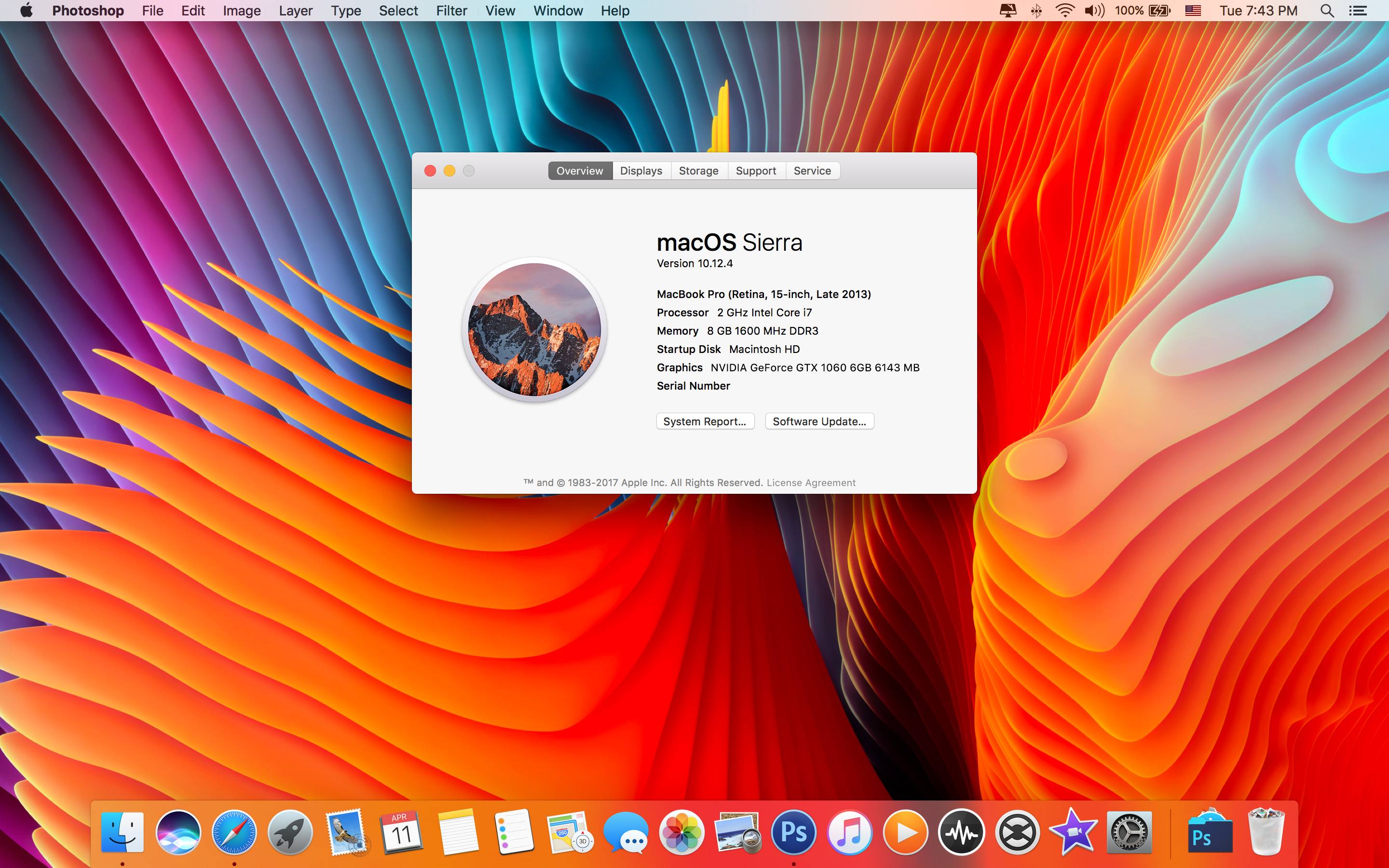 Oh boy, let's get on the hypetrain! Are the pascal drivers out now finally, or why is it working?

Can't wait to get home, and confirm it too

@samupetho - yes works great, i will not use macOS but i want to test that it work with "just" 11 steps

Those 11 steps are just fine! I have one question tho? When do you plug in the egpu? Because I did the steps, and as far as I know, you plug it in when you run the script, right? Do you need to restart? because after running the script, the EGPU did not showed up, I ran the -a mode too, restarted with egpu plugged in, but got a blacksreen issue.

@samupetho: After you reboot, your monitor should flicker and a few seconds later it will boot.

@enjoy love your instructions and your setup!!

two questions for you please

first) would this also work if I install windows 10 on an external ssd (with bootcamp drivers of course) instead of the usual way installing it on a windows partition part of the internal drive. I'm wondering if this would cause a problem with the step where you change the BIOS to EFI

second) would you mind listing the download link(s) to the "macOS Gaming 10.10.10" theme you use on windows 10? including all the plugins you used to get it working and looking awesome like you did?

Finally i have time to test the External Display: 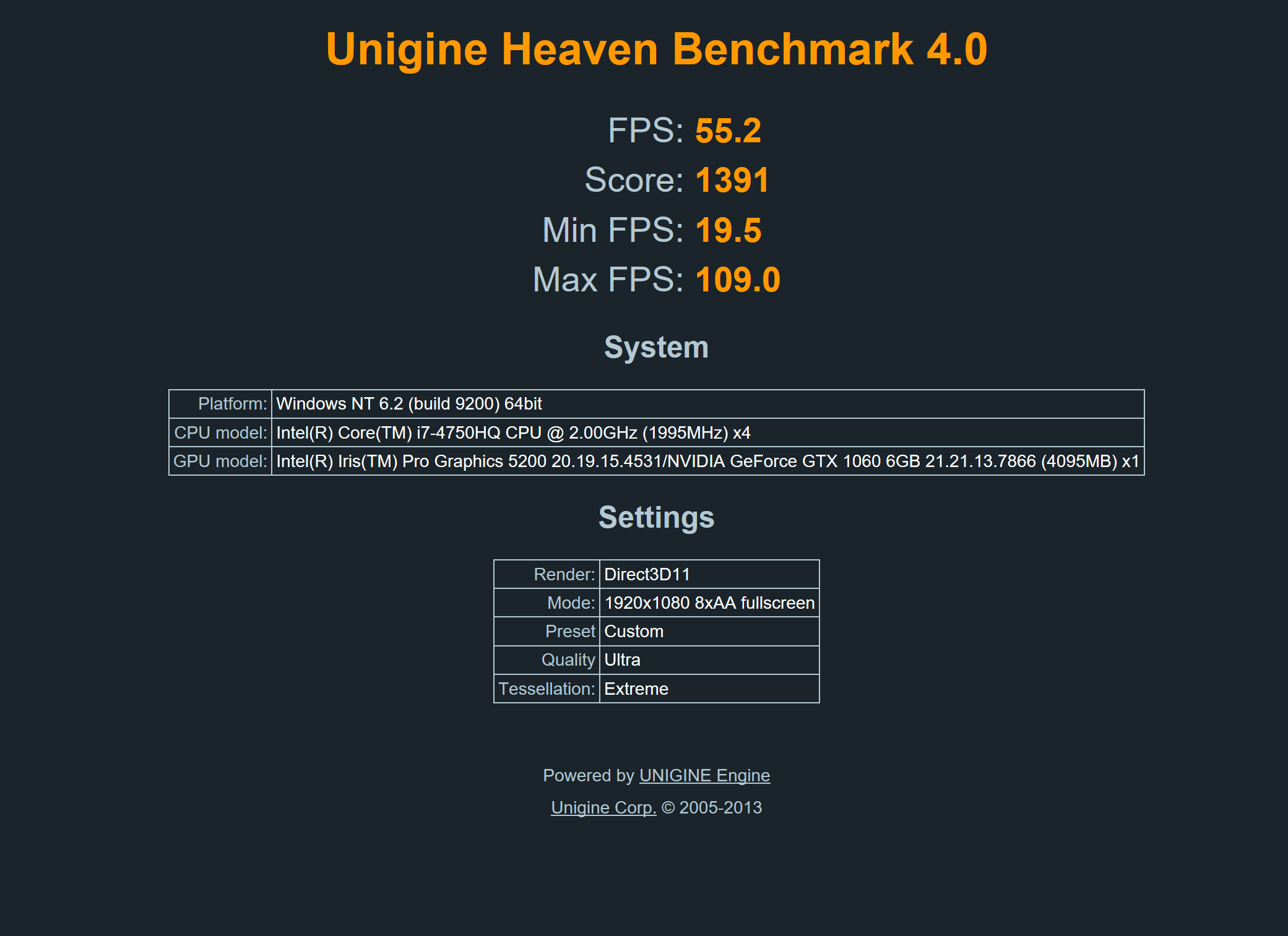 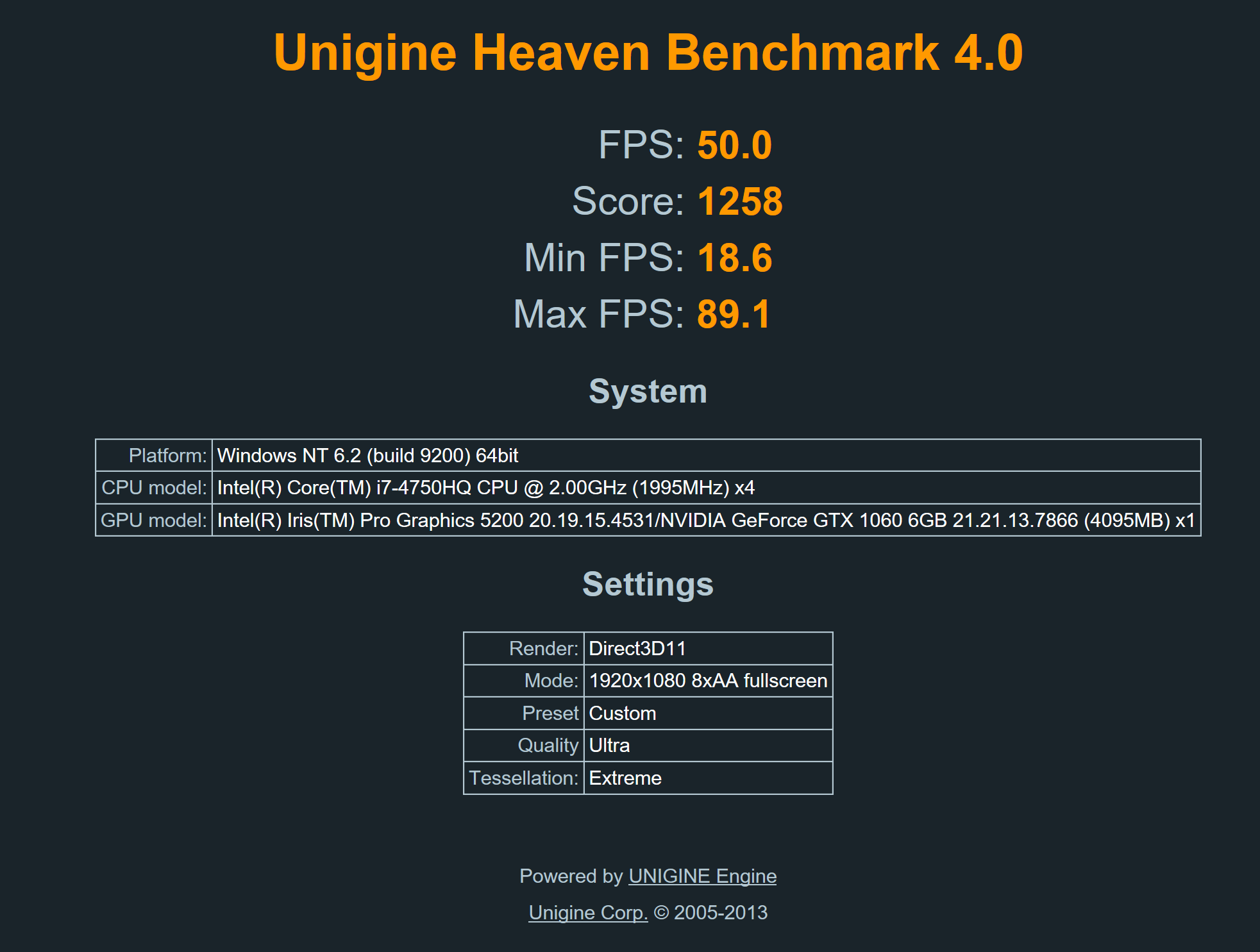 So with my eGPU i have the same performance (only 10-13% slower) as top brands gaming laptops like Alienware R3 and Razer Blade with discrete Nvidia GTX 1060 6GB inside... and my laptop is not even hot - nice ahhh 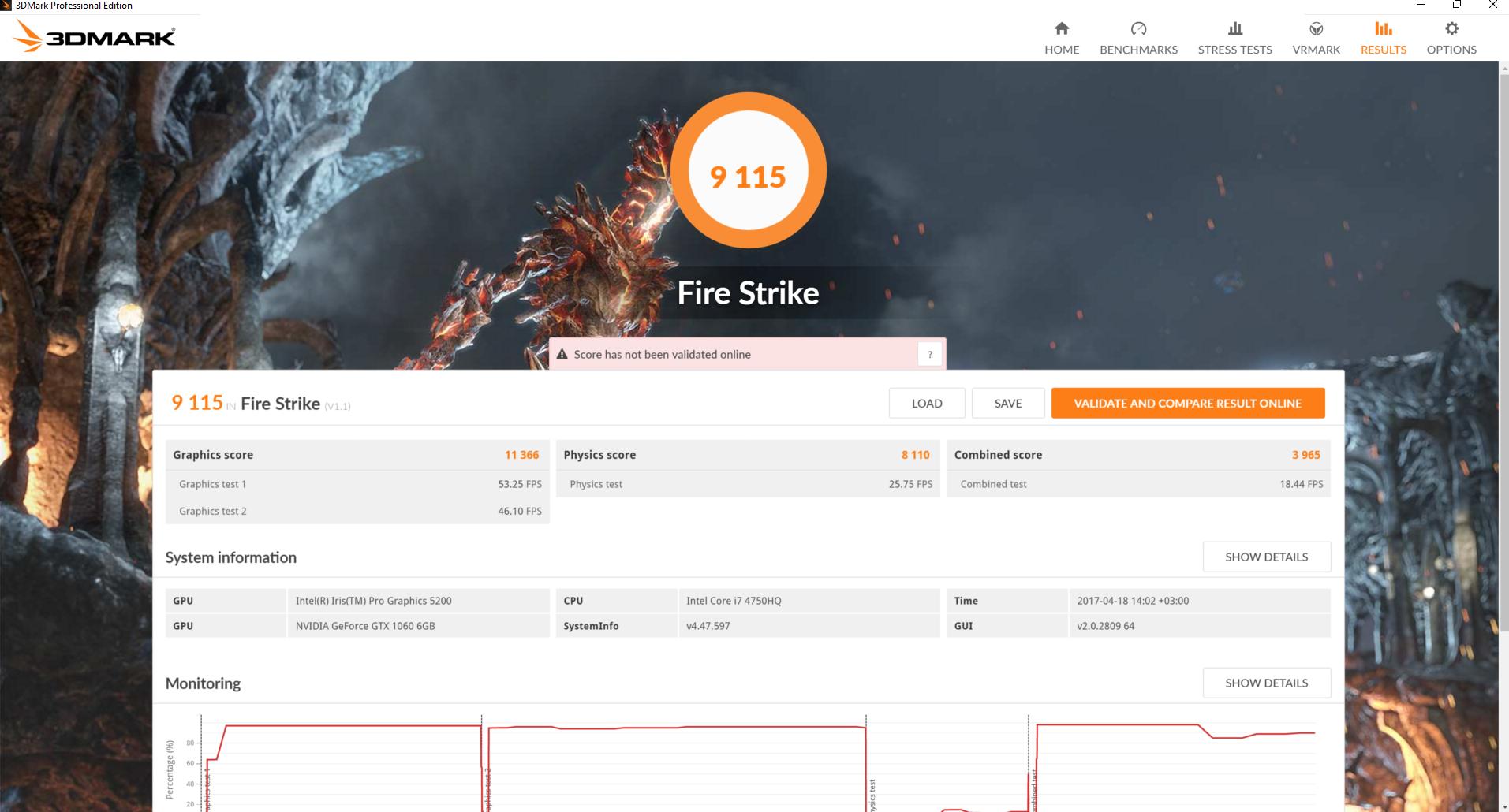 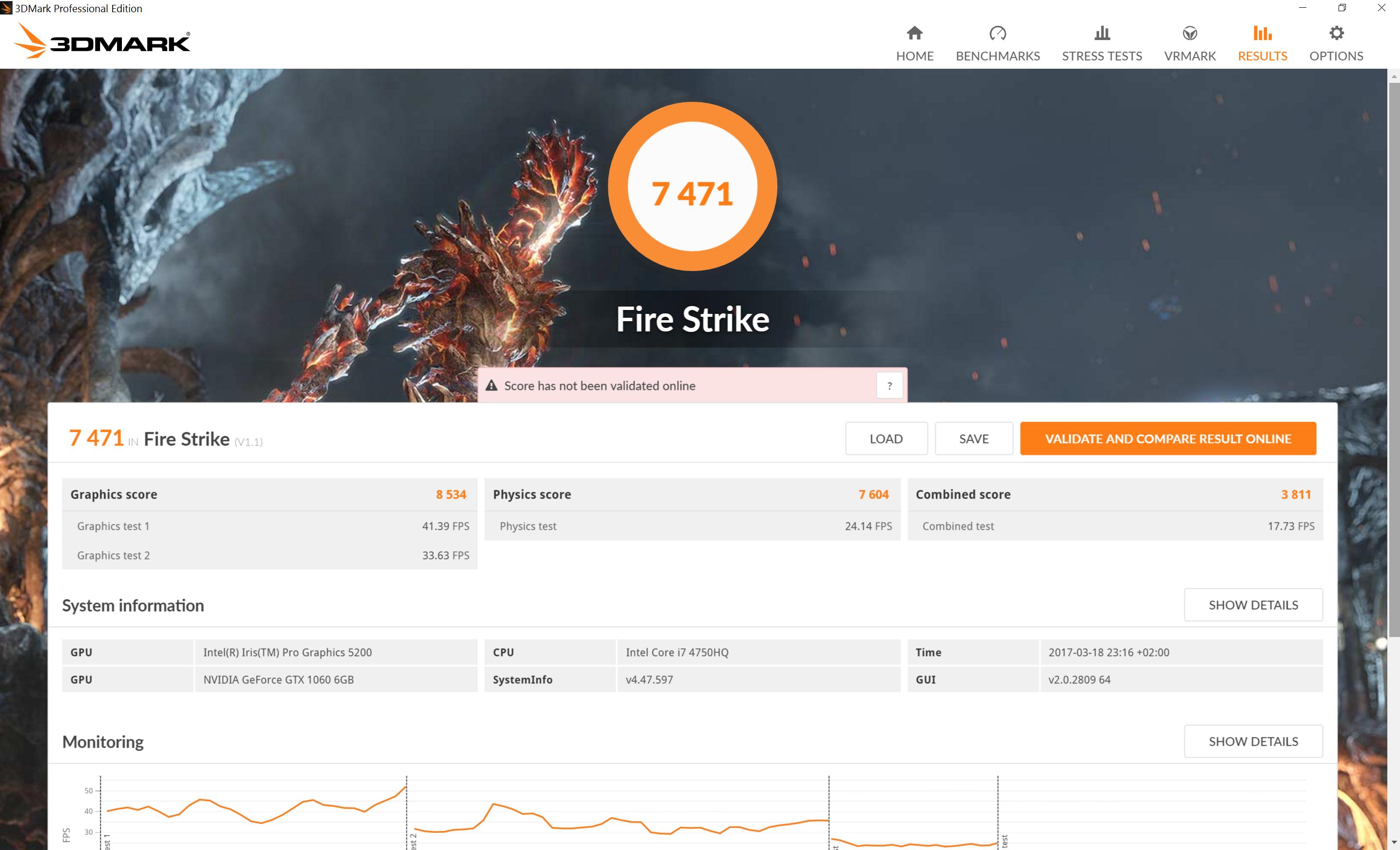 I thought to update my 1060 with 1070 mini later this year but this results i found online shut down that option for me... 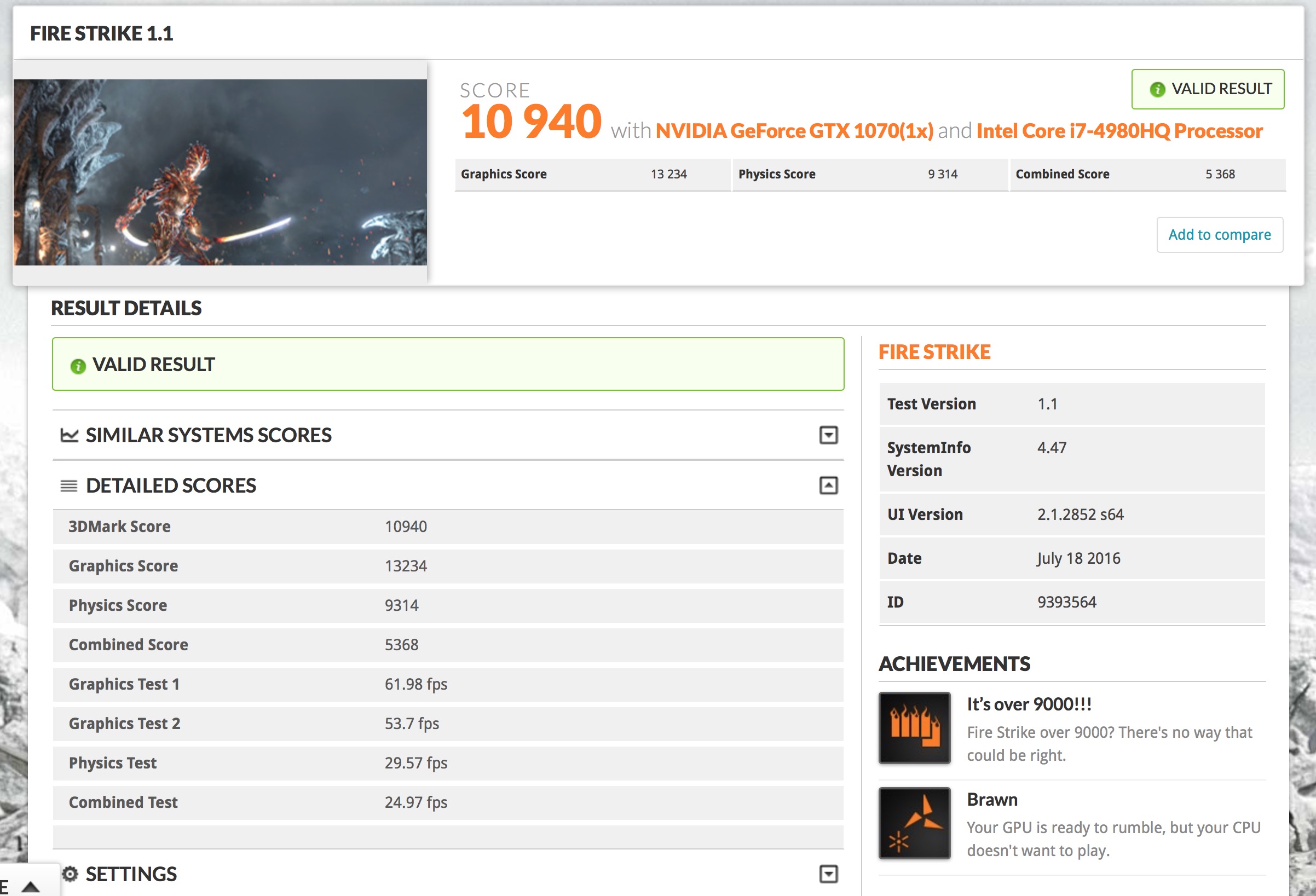 We recently reported Volta IDs had been uncovered in the some of the latest Nvidia drivers and now it seems the new GeForce graphics architecture might be coming sooner than expected this year.

A Chinese site, MyDrivers.com, has stated they expect new Volta GPUs to arrive in the third quarter of this year. That’s a lot earlier than anyone thought and the speculation is Nvidia are being pushed to accelerate the Volta graphics card release because of increased competition from AMD making the graphics market a much tougher place.

There are no sources pointed to in the article, so it’s alll too possible it’s a purely speculative piece. The device IDs found in the recent drivers seem to reference the GV100 GPU which would be the large-scale professional-class processor and not any gaming/consumer-focused cards.

The worrisome part of the article for me though is where they suggest the GeForce 20-series of products will see re-planning of the prices and market positions which “will increase the price of single card to enhance profits.” My understanding of Chinese is pretty woeful (read: nonexistent) so I’m relying on Mr. Google Robot’s comprehension skills, so it’s possible there’s a misunderstanding born of the translation into English.

But if true, and the prices of single cards are being adjusted upwards, that would be the second generation in a row where Nvidia have pushed prices skywards. With the 10-series Pascal-based cards the GTX 1080 was released at an unprecedented level, especially when taking the reference/Founders Edition shenanigans into account.

If $699 is going to become the de facto standard for Nvidia’s high-end graphics cards, as shown with the GTX 1080 FE and GTX 1080 Ti cards, then these are worrying times. Unless you’re AMD and confident you can keep undercutting Nvidia’s GPUs with your own upcoming Vega graphics cards.

For our part we’d still be very surprised to see consumer-led Volta cards arriving this year. With the updated GTX 1080 and GTX 1060 cards arriving alongside the high-powered GTX 1080 Ti Nvidia have already made a strong start to 2017 and to release a high-end GTX 2080 competitor for the GTX 1080 Ti in six months time would seem like an odd move.

Personally I think it’s more likely for Nvidia to start talking about, and maybe showing off, Volta silicon at their upcoming Graphics Technology Conference. I can see Jen-Hsun on stage with a GV100 based part, built for the professional, super-computer market, with the trickle down following a similar pattern to the 2015 unveiling and 2016 release of the Pascal pro and consumer-class GPUs.

That would put prospective GTX 2080 and GTX 2070 graphics cards on shelves around March 2018. Now I'm the one being speculative...

of  5
All forum topics
Previous Topic
Next Topic