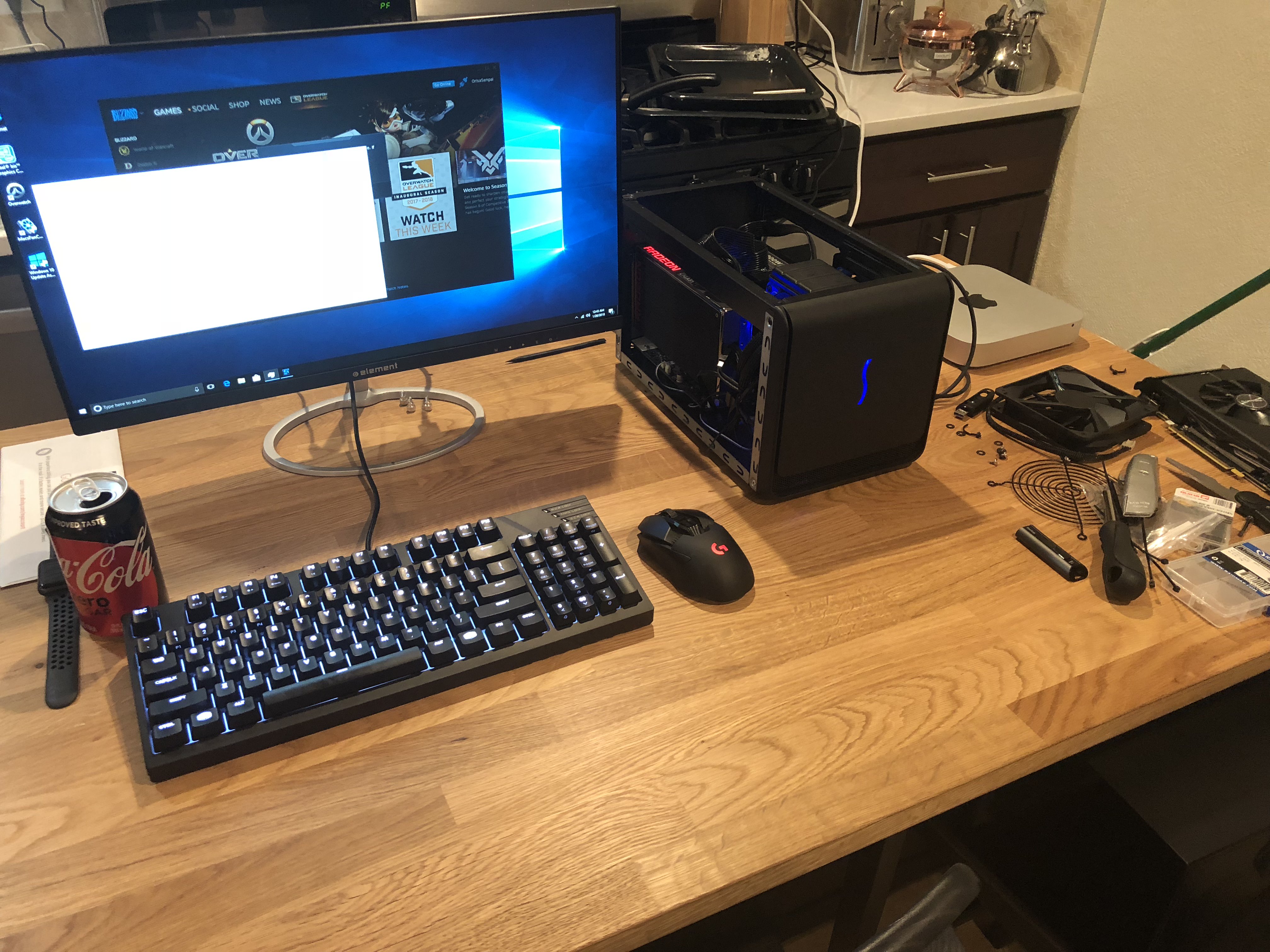 When Apple announced eGPU support in High Sierra I bought a Developer Edition Breakway Box. I replaced the RX 580 that with it with an R9 Fury X. I also replaced the stock PSU with a Silverstone SFX-L 800W 80 Plus Titanium unit. Overkill but why not. 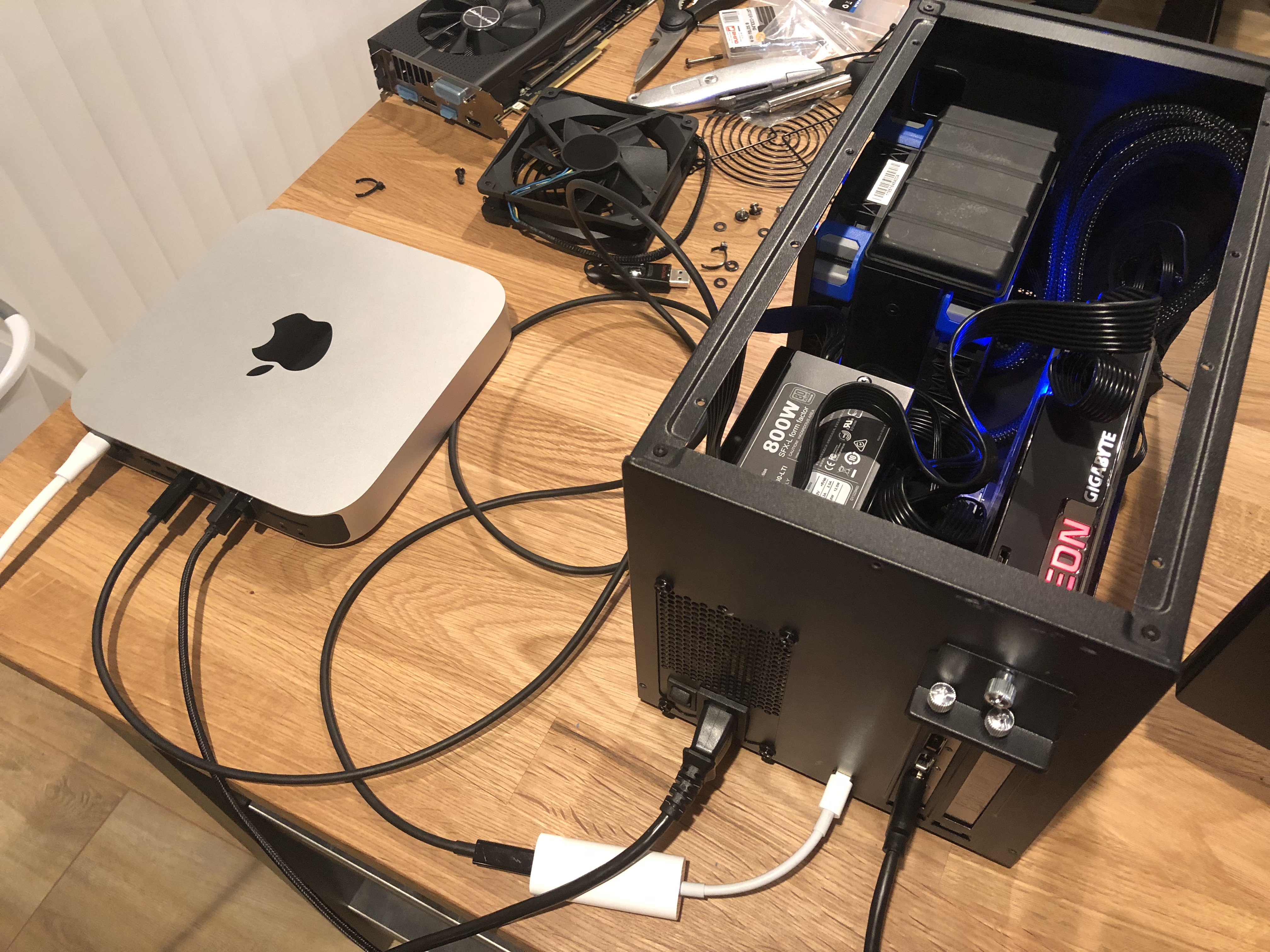 A better view of the internals. I replaced the stock fan on the Fury X with two Corsair ML Pro 120 Blue fans. I also changed the tachometer LEDs to Blue. 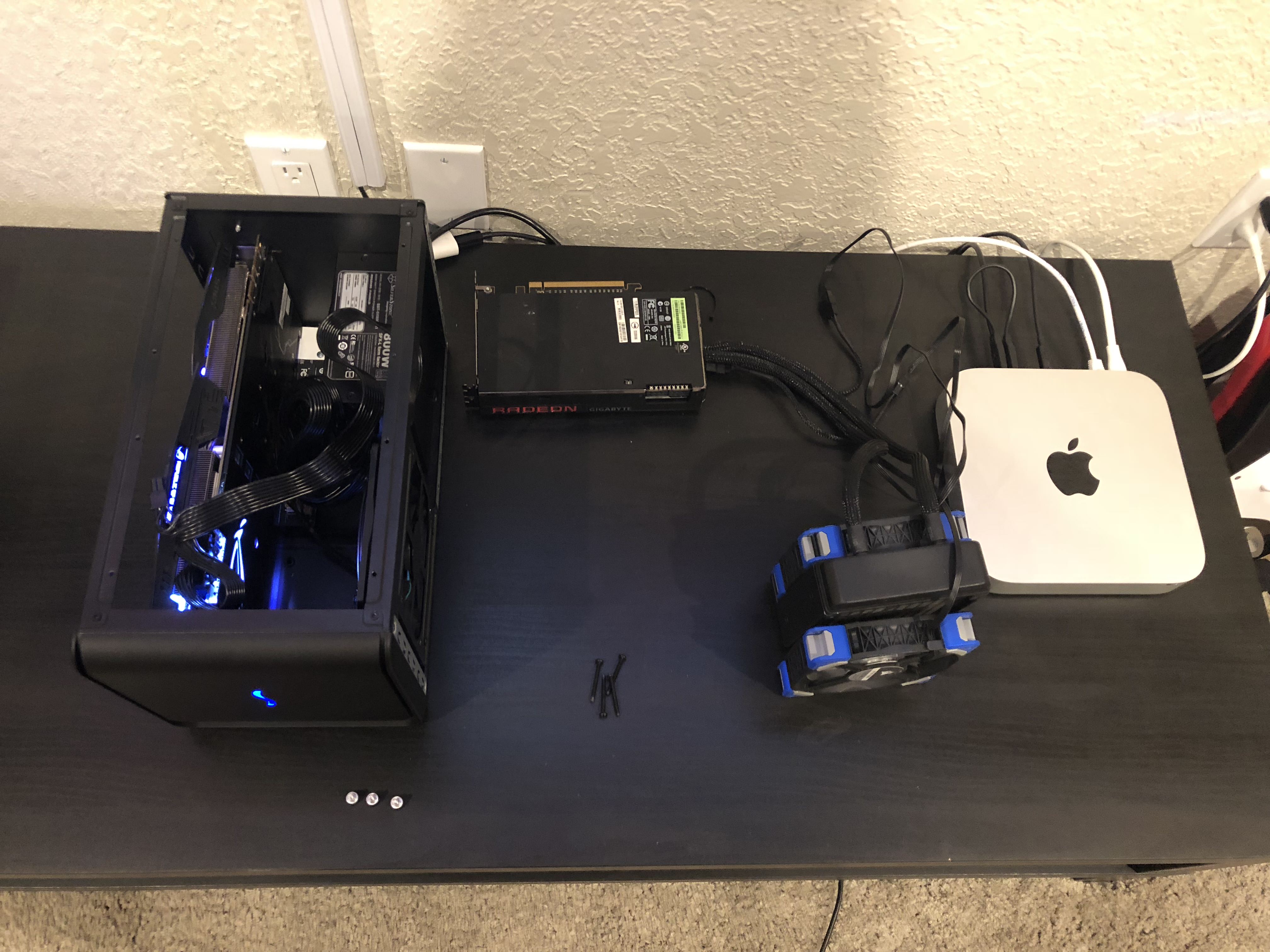 The Fury X stopped working after a Windows update, and after trying a bunch of fixes I decided to swap it out for a GTX 1080. This pic gives an idea of the how it fits. You have to slide the GPU in at an angle but once inside you can straighten it out and it fits fine. 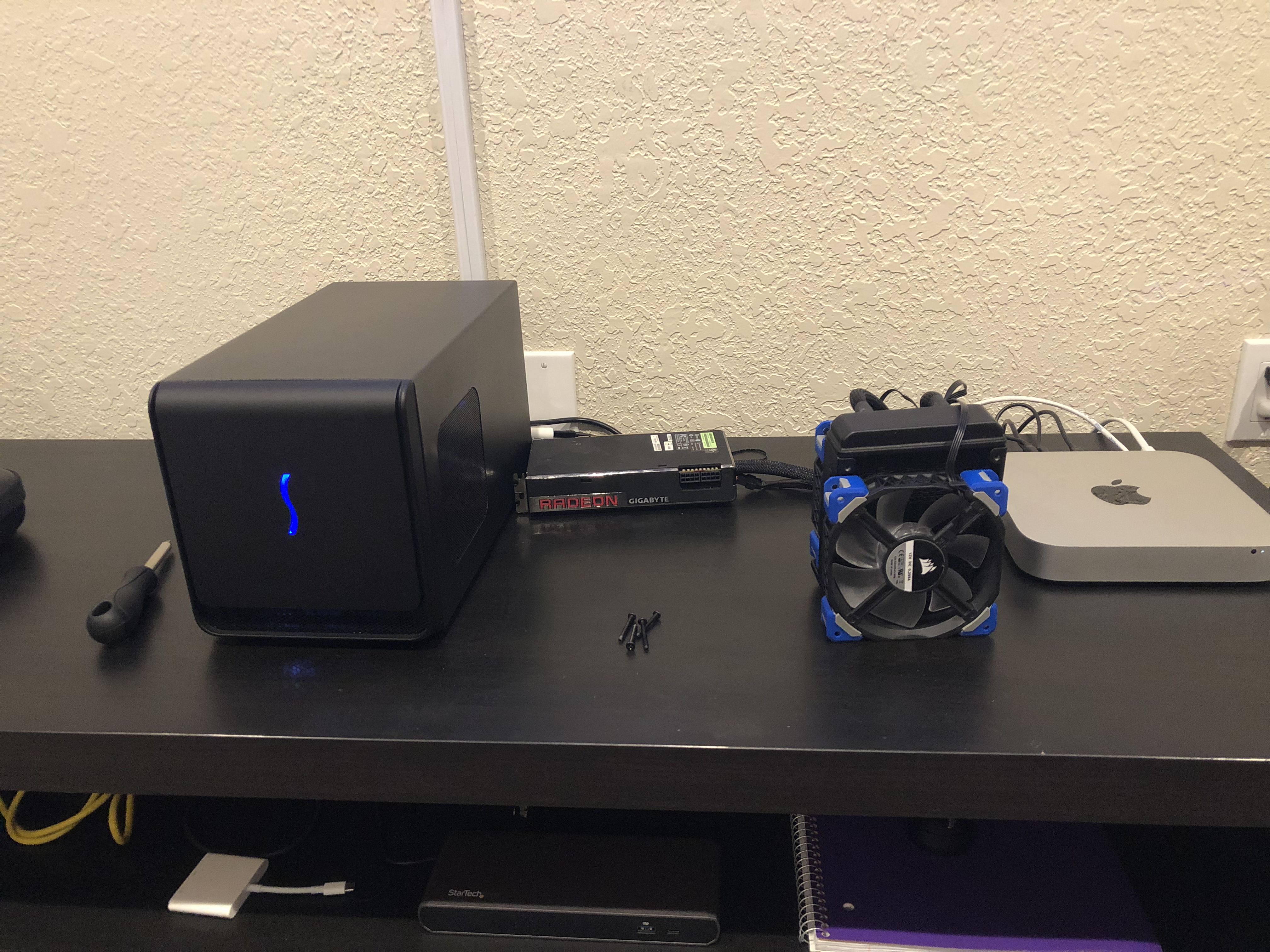 Here it is with the top on and the Fury X just chillin there. 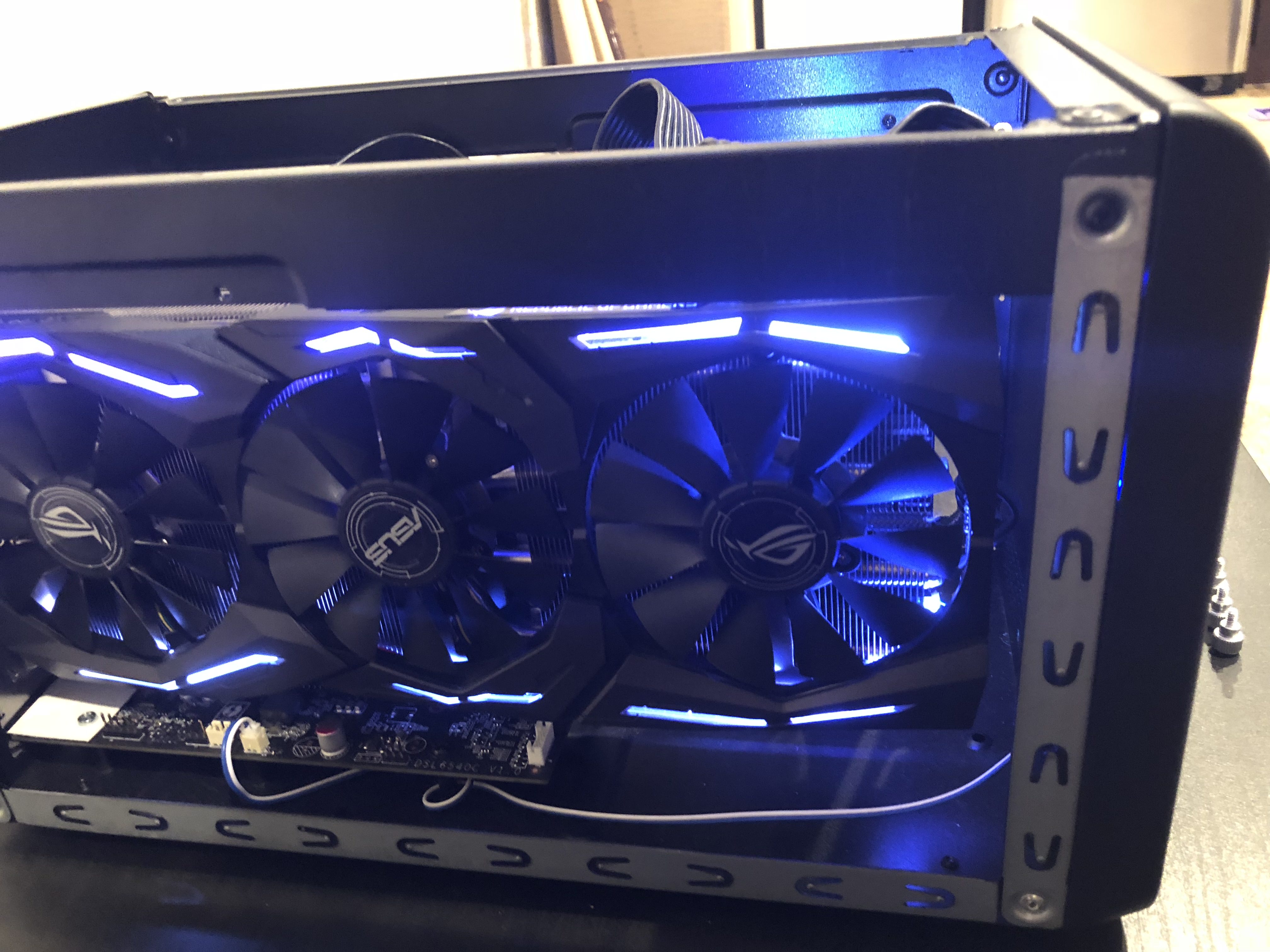 Close up of the Asus ROG Strix GTX 1080. This was the quietest GPU I tried with Windows. 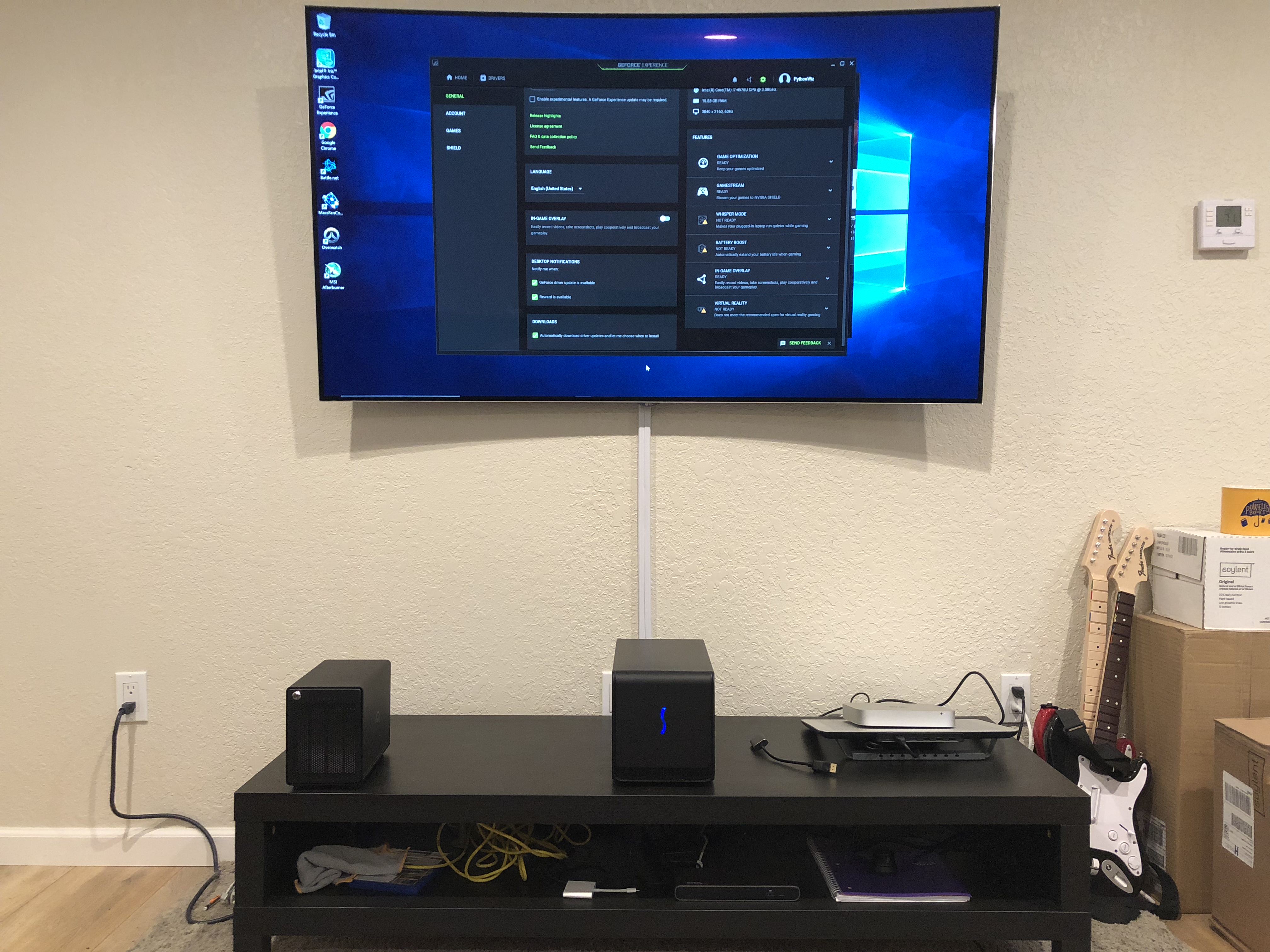 Here is a pic showing my setup with my 4k LG OLED TV. The black box on the left is a Thunderbay 4 that I was planning on using for games. Sadly I couldn't get the 4th HDD to work with windows. 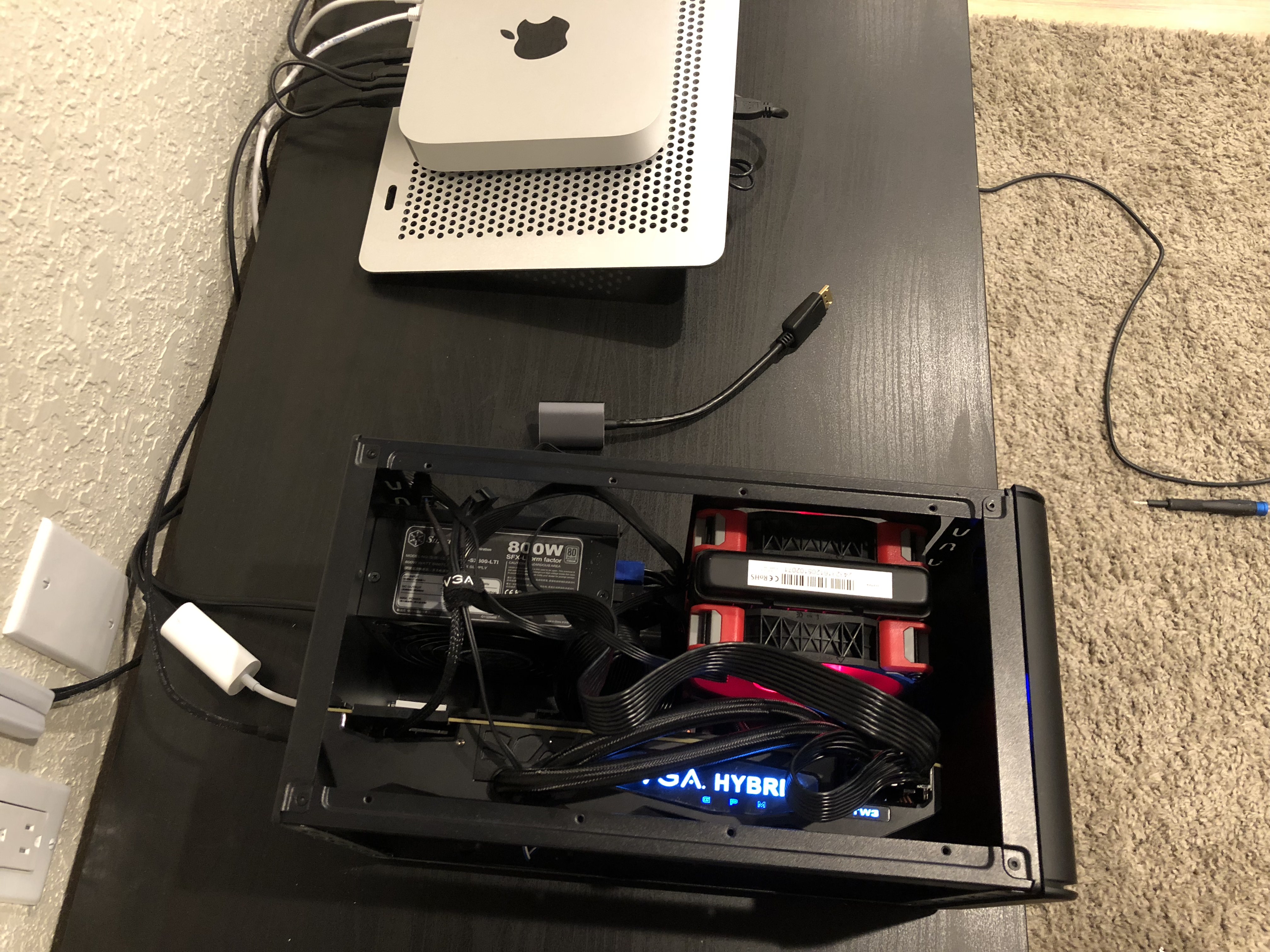 I decided to see how much performance I could get with the Mac mini. I swapped out the GTX 1080 with a 1080 Ti Hybrid from EVGA. Here it is with two Corsair ML 120 fans in push pull on the radiator. I had a problem with the fans running at full speed constantly, which ended up being caused by a bad gpu to pwm adapter cableg. I replaced those fans with two 3 pin Corsair SP120 fans with blue led, which I just have attached to the stock fan cable with a splitter 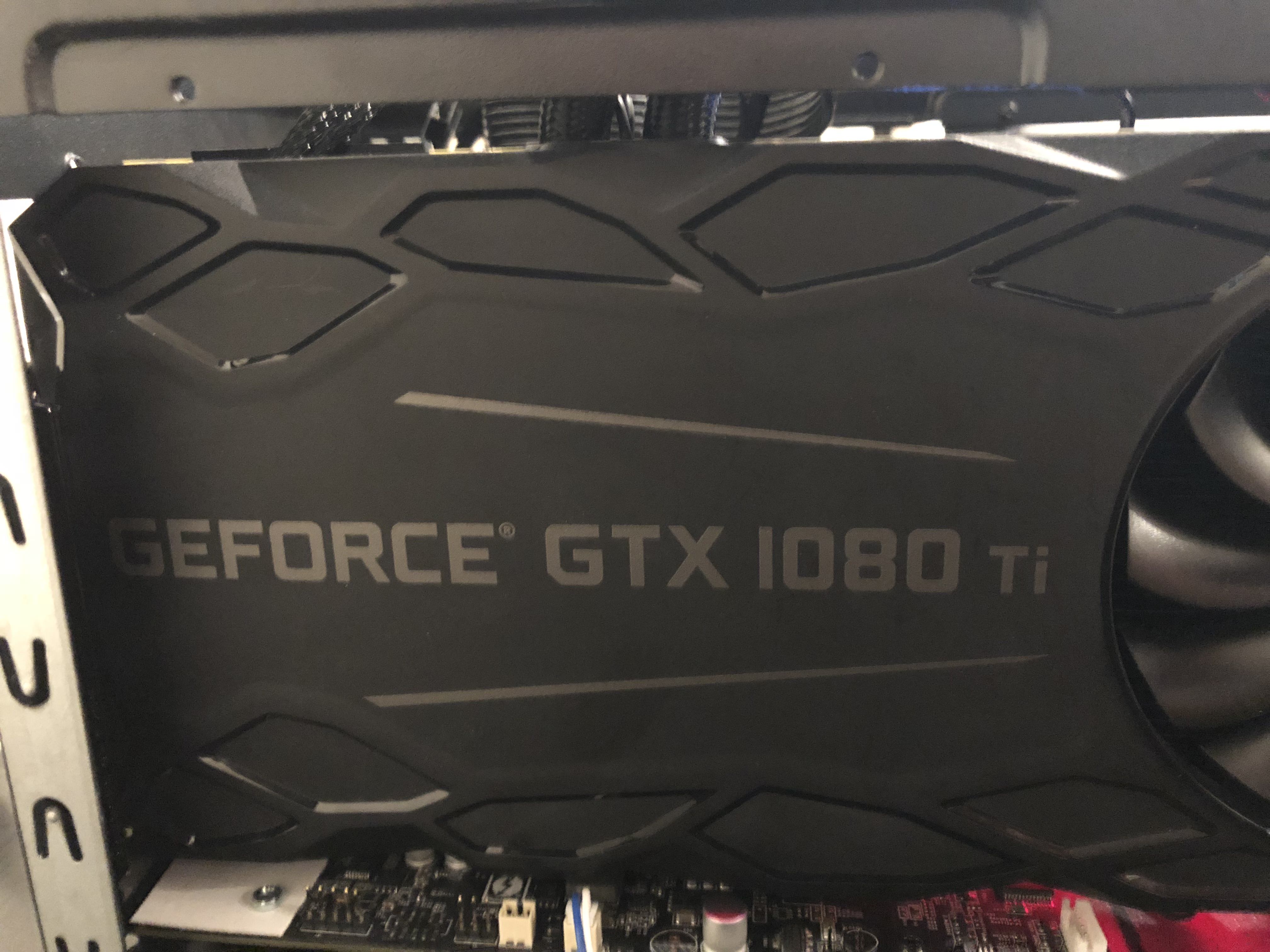 For AMD I couldn't get my R9 Fury X running reliably, I suggest you stick with NVIDIA for ease of use.

I mostly play Overwatch on this. I tried playing Overwatch through Parallels and it was really really bad. That motivated me to try an eGPU on Windows, and I can now play Overwatch on Epic settings at 4k and hit 60fps most of the time. Also, I can use a 4k monitor on my Mac mini at 60Hz now, which you can't do natively. I also use this for Netflix and Crunchyroll, and it is pretty quiet.

I want to know the setup.

I spend so much cash and everything was working great until moment I want to finally try eGPU rig, my "Nvidia monster" is not spinning and monitor is (Display port no signal)