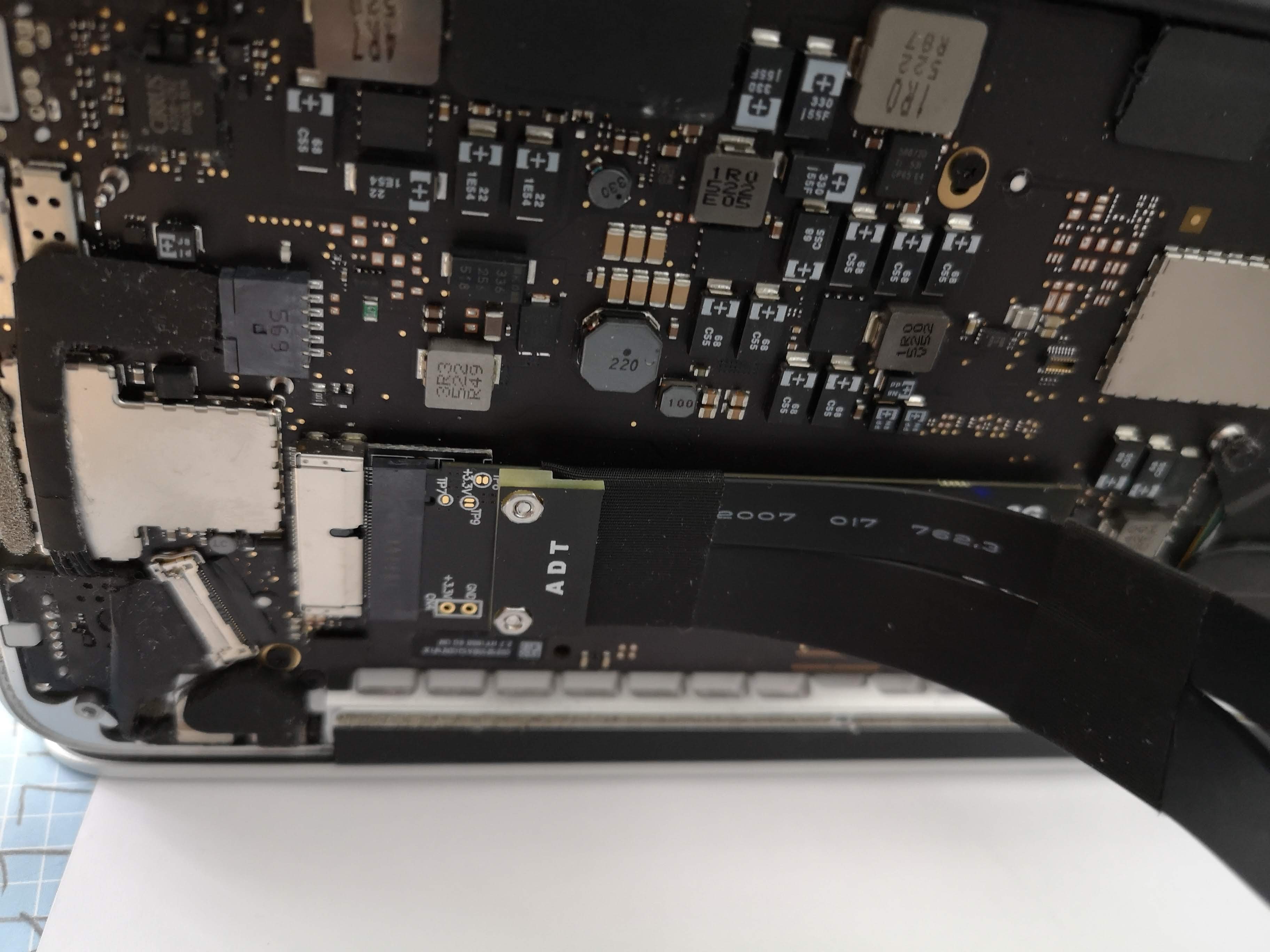 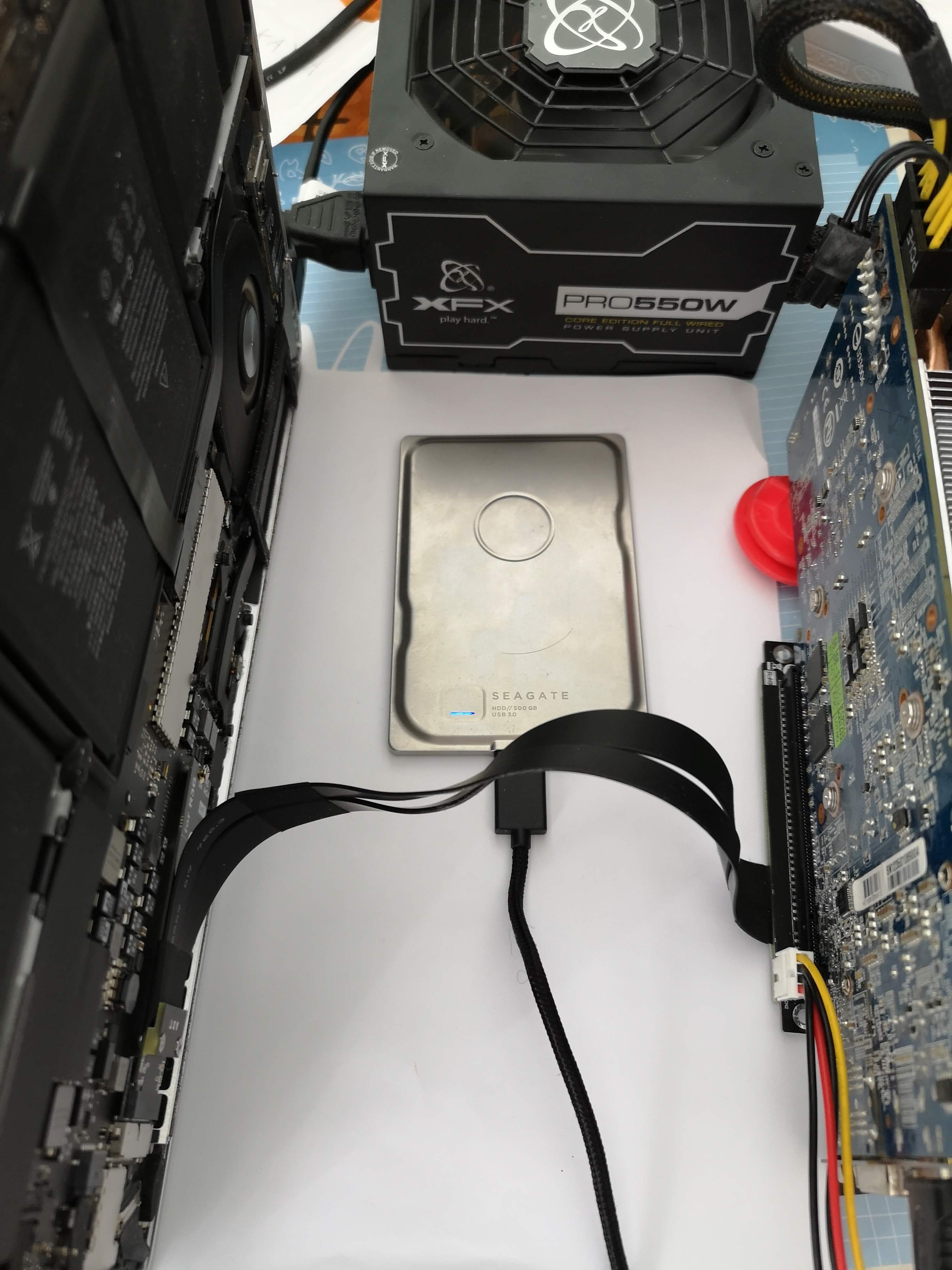 This is the initial PoC of a a very cheap egpu option R43SL with my 2015 Macbook Pro I'll try to get a better vga to test eGPU later.

Thanks itsage's macbook build for the inspiration!

The hardest part was to build a bootable Windows on USB. I've tried to save a previous Win8.1 BootCamp, but failed. I've tried to use Winclone, and even injected drivers as described, but than just couldn't boot. I had to set BootDriverFlags to 28 via regedit (see this forum for solution), but still couldn't boot.

I've decided to do a clean install with virtualbox as described here, but Windows just couldn't finalize install, so I had to manually set the installation status via regedit following this video.

I've used this Macbook to normal M2/NGFF adapter later turned out I needed to cut, you should order the short ones, b/c there is no need to install two cards on top of each other in the slot, and b/c of the height of the R43SL connector itself, they won't really fit on top of each other. This way, they fit as you the length of the card with the adaptor fits you can secure it with the factory screw (you can disconnect it pretty easily without using a screw).

I was looking for the cheaper ADT-Link R43SL adapter option, as this is a for fun / budget build. As the price depends on cable lenght, I' ve choosen 25 CM option, which turned out to be short for even 13', I had to flip it to lying on its display (it was easier to make the operation this way), see pics. One would go to 40-50cm for a more elegant build, and might be able to partly close bottom case. Keep in mind, you'd need special screw drivers for newer macs.

Sorry for the weak card, this is a PoC only, as this was lying around, as well as the PSU. 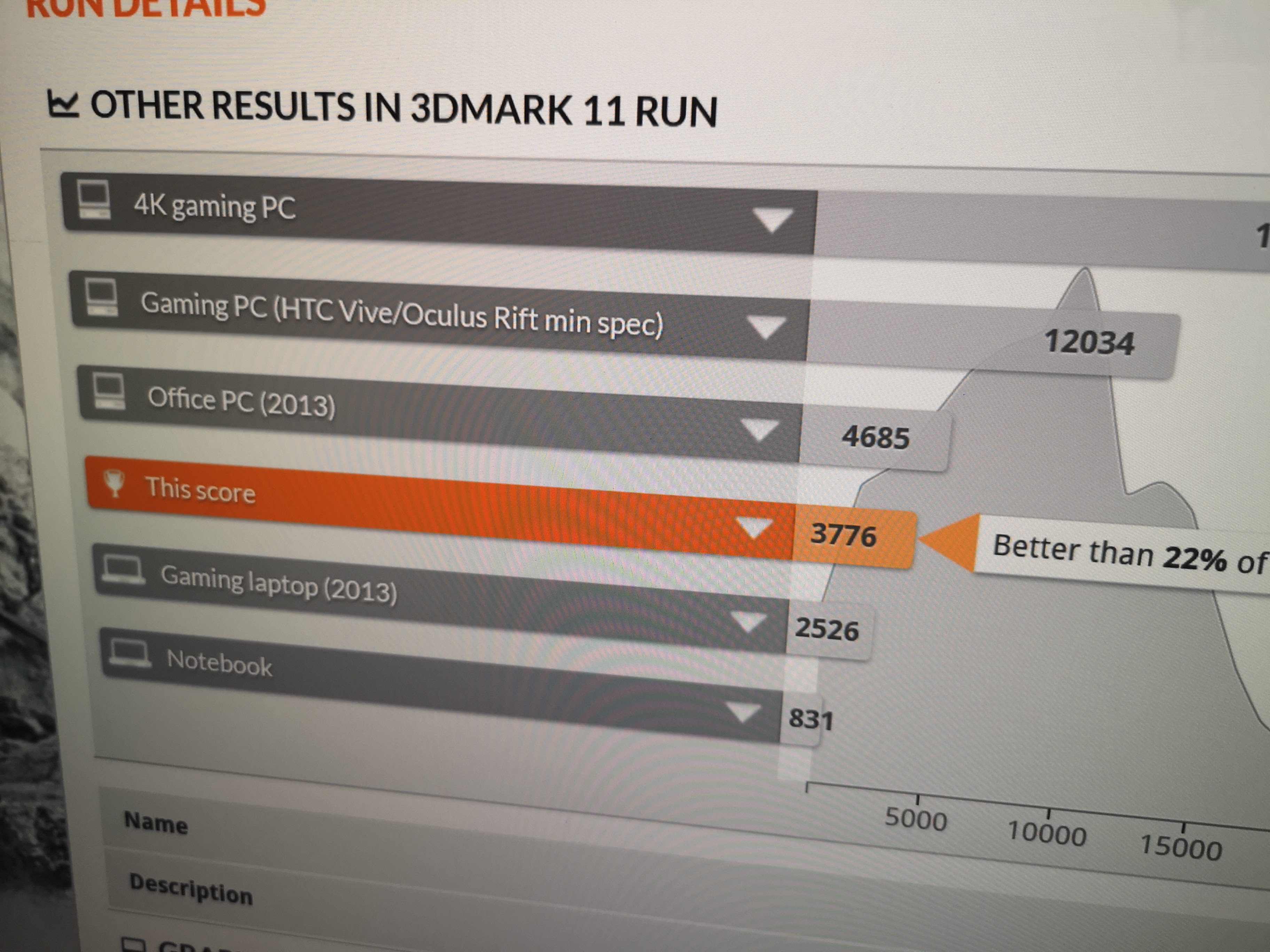 I was trying hard to get this working with Geforce 660 Ti 2GB, the card I planned to use, but just could not get it working, no output at all from HDMI. Tried with at least 5 different driver versions, with nvidia 43 fix, disable/enable, restart, etc with no luck. Might buy a used RX for gaming.

Using HDD instead of M2 SSD is a huge pain, I'm looking forward to test external ssd option, or to get a case for my M2 SSD, but since it is still a PoC, I don't really want to buy a case for the price of an SSD, when it won't really matter using USB. Still, for everyday work, etc. having an M2 is a real advantage, and the aforementioned GPU card is not even much better in everyday tasks then built-in Iris.

Converting between eGPU and M2 SSD seems to be a hassle for with this setup, might build a case to be more convenient in the future.

This topic was modified 9 months ago

See 660 TI picture here: I couldn't get it running though...