For disabling the SIP, I left out the "$" in the instructions linked above. This maybe code speak that I was to ignore regardless.

I bought this egpu purely for 4k video work in davinci resolve. This is really all I can benchmark. This is exporting a 1 minute h.264 4k file to 422 LT 4k without using optimized media or render cache. The 5700 XT ran this test in 2:40. The internal GPU ran this is 4:44. Using the same test as above, but with using optimized media and render cache, the internal GPU ran this same test in a staggering 0:36. The 5700 XT ran this test in 0:41. I also bought the RX580 and it out performed the 5700 XT in every export. Build here. 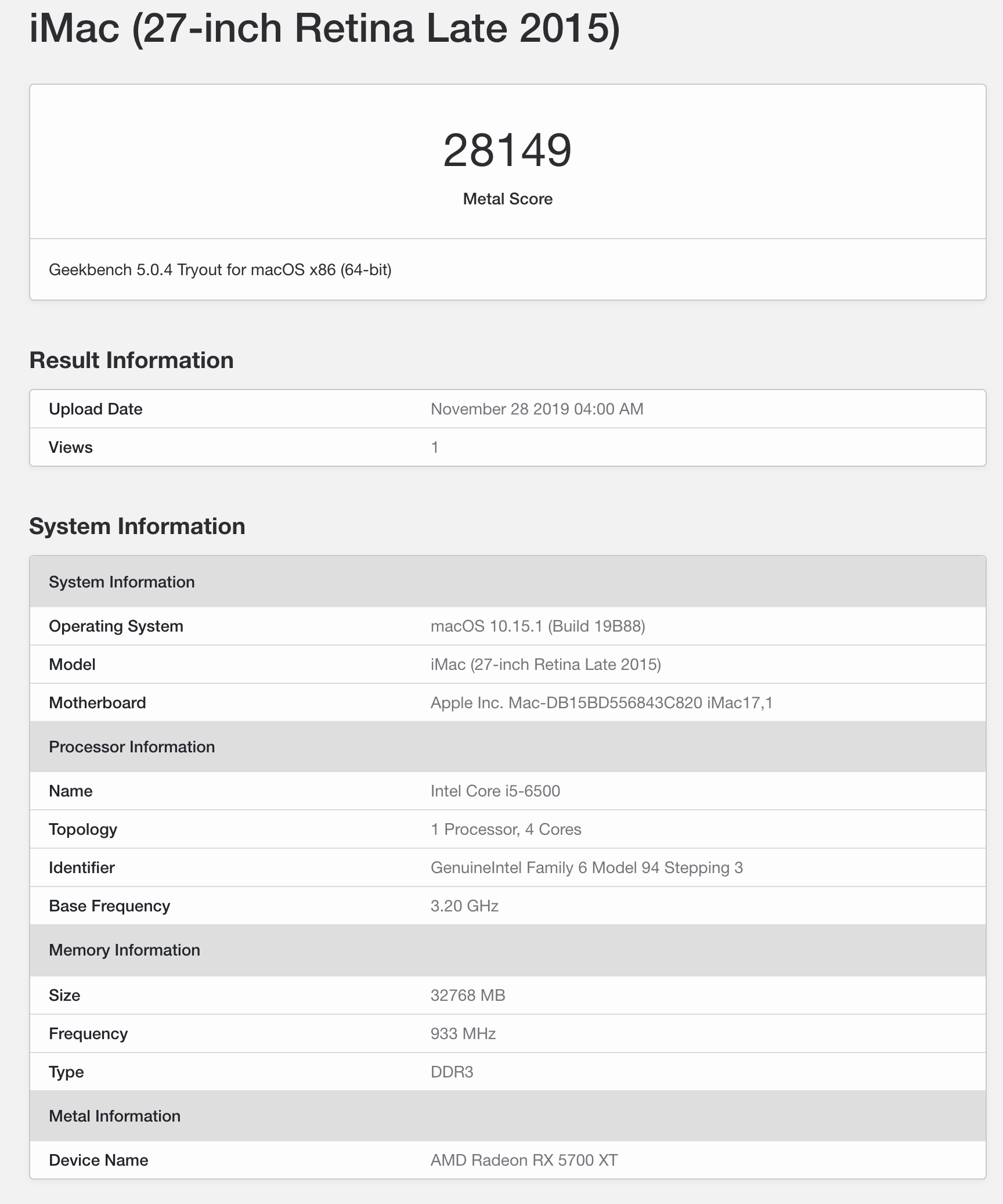 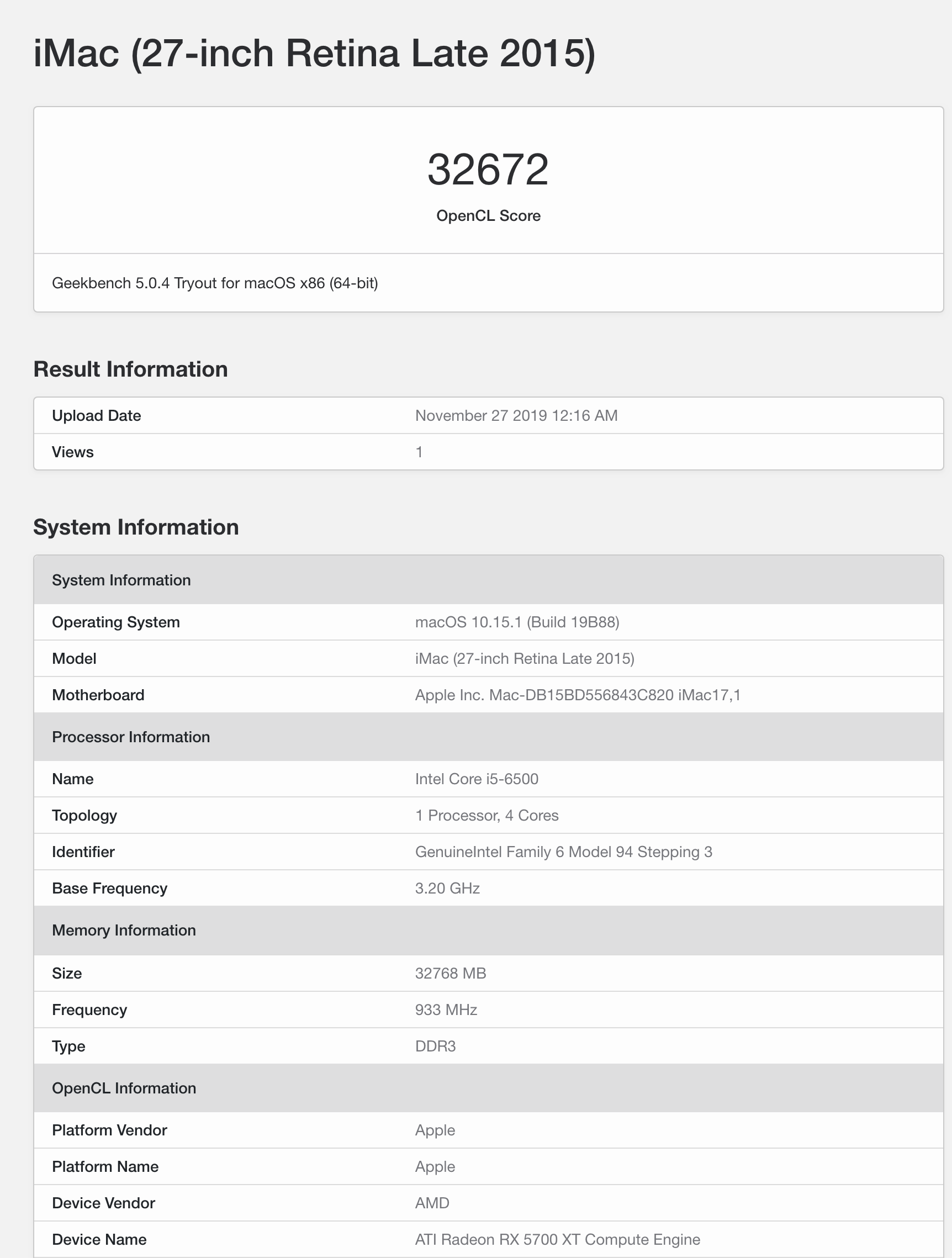 I also bought the AMDRadeon RX 580. In most tests, the 5700 XT performed worse except for the Unigine test. In Unigine, it blows the RX580 out of the water. But when I turned on Diablo 3, it was nearly as bad as the internal GPU! Also, the 5700 XT DOES NOT work with DR15! I had to upgrade to Davinci Resolve 16. This GPU's drivers have a long way to go and I just can't justify the extra cost nor do I want to wait for it to be optimized. I'll be returning it. 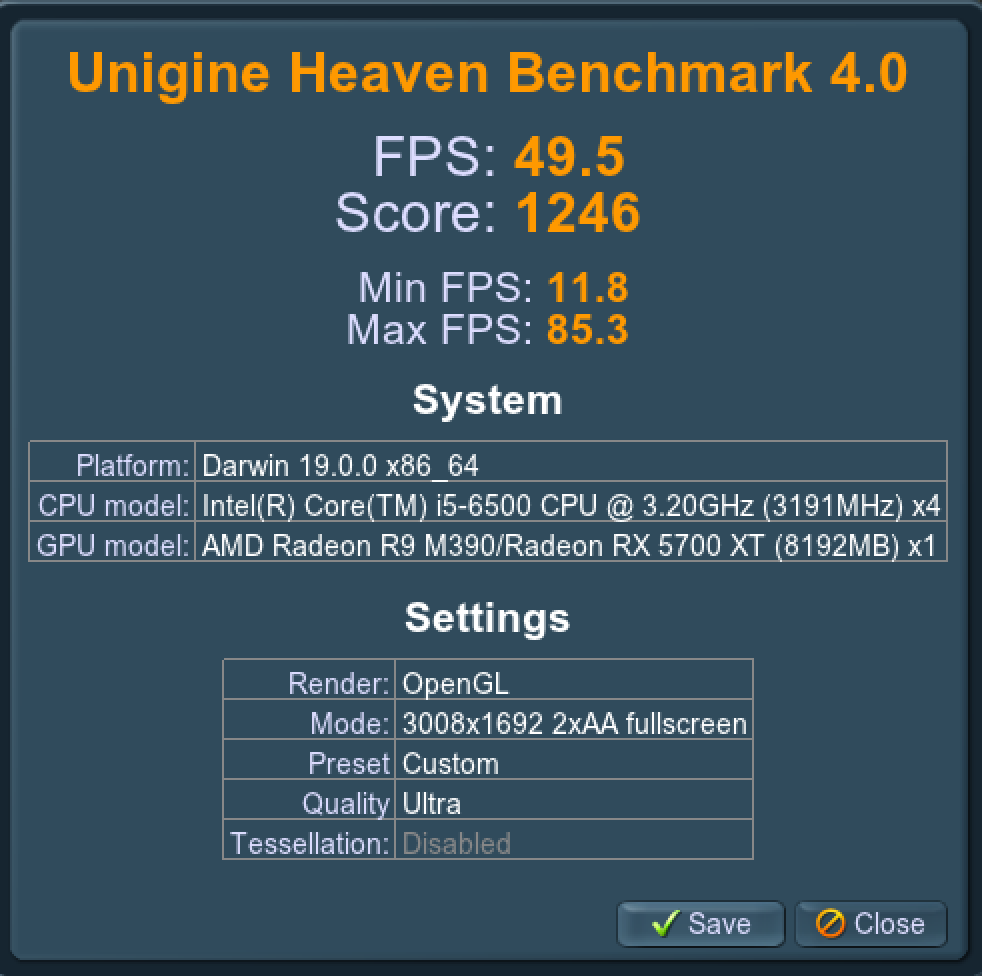 @blazedlawyer, I no longer have this setup. However, I was happy with the RX580 when I did have this setup. I would stay away from Navi. Even the latest Catalina builds still aren't optimal compared to the Windows drivers. If you're wanting to game primarily, then go with the 5700 XT as it was superior to the RX580 over TB2. If you do video editing (like for my purposes), the RX580 is better.

Barefeats testing shows the 5700XT beats the 580 by a mile in every test - whether gaming or video editing.