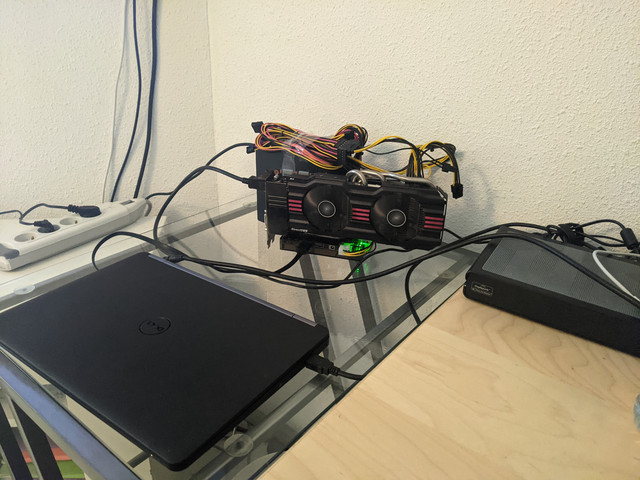 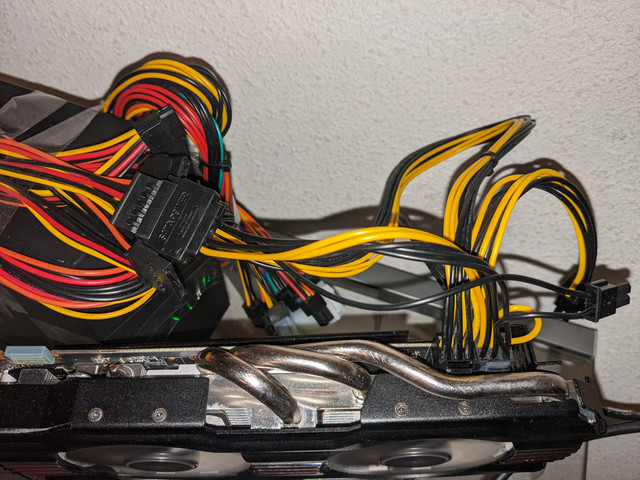 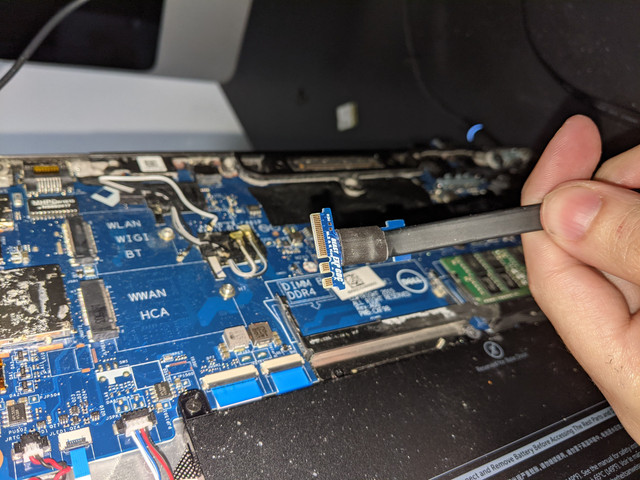 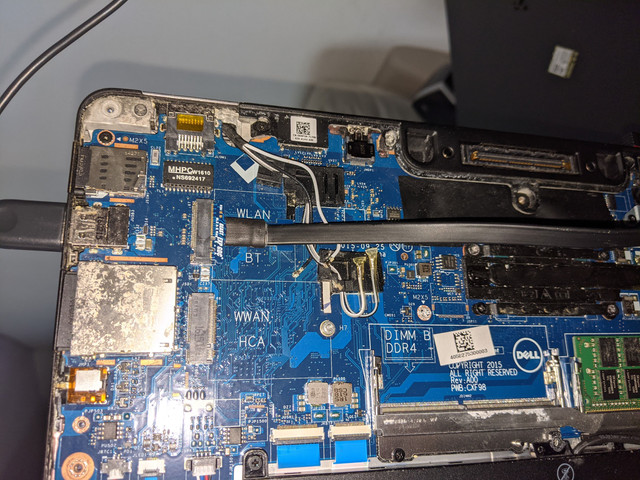 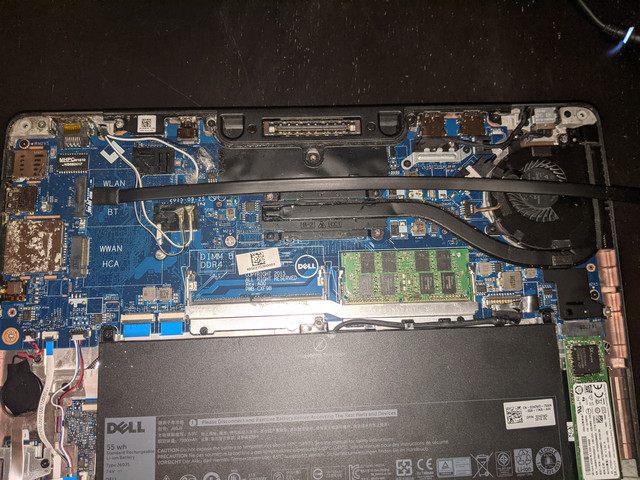 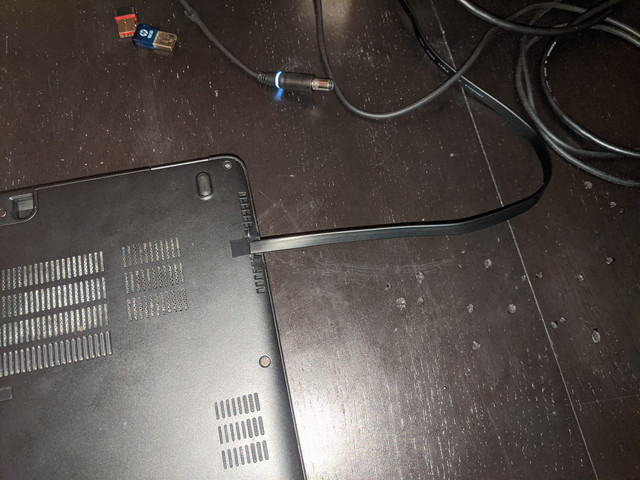 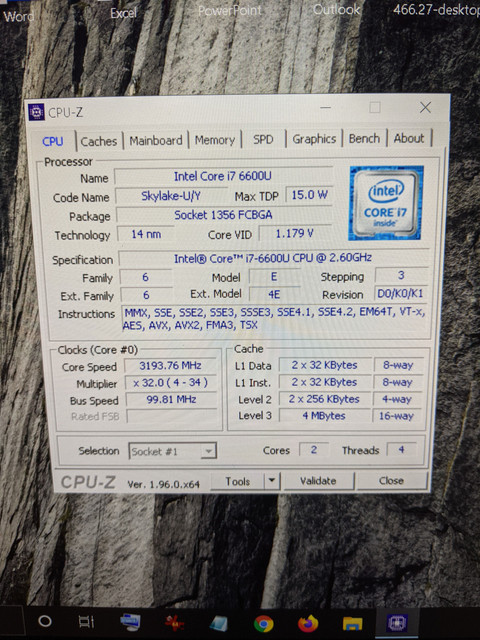 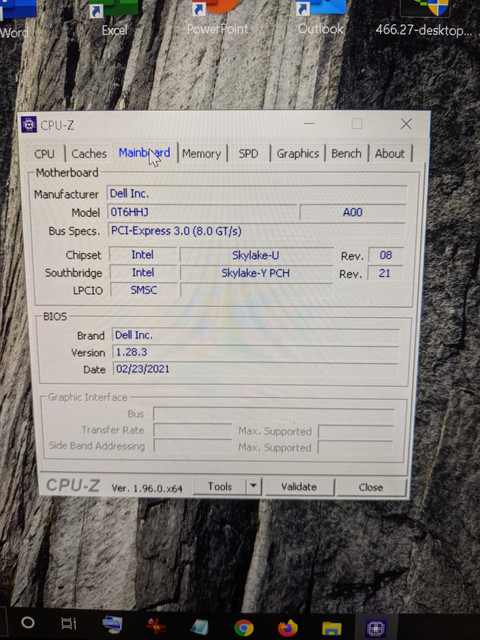 1°) Plug graphic card into GDC EXP Beast adapter
2°) Plug PSU to GDC EXP Beast adapter 6 pin power plug
3°) Plug PSU PCIE power rail to 1 of the 6 pin power plug of the GTX 670, used a sata power to PCIE 6 pin power converter cable to plug in the second GTX 670 6 pin power plug to get 1 PSU separate rail for each.
4°) Removed the back cover of the laptop, removed the wifi card, plugged in the M.2 cable in place of the wifi card, plug the other end of the cable (HDMI) to the EXP GDC Beast adapter (ATX and delay switches left to default).
5°) Made a little hole in the back cover of the case to allow passthrough of the cable.
6°) Connected eGPU to external screen (Asus ROG PG248Q, 144 Hz - Gsync) with displayport cable
7°) Disabled PXE LAN boot in bios, set boot mode to legacy (MBT) instead of UEFI (GPT).
8°) Reinstalled windows 10 64bit (was previously installed with UEFI, conversion to MBT with Partition Assistant failed and crashed windows) with egpu turned off
9°) Installed DIY eGPU Setup 1.35 by nando after purchasing it (egpu wouldn't work at PCIE gen 3 link speed) and followed nando's instructions to set link to gen 2 speed instead.
10°) Turned on eGPU, booted with Setup 1.35 following nando's instructions.
11°) Installed latest nvidia drivers (466.27)
12°) Made stress test run with Unigine Heaven for hours, played some league of legends, everything working fine at 144 hz and Gsync enabled.

Couldn't play at all with this laptop because the egpu was too weak to do it. It would run league of legends for example but at like 20 fps at lowest settings, lagging so much it wasn't properly playable. I had a spare GTX 670 that i kept in case of problem with my desktop PC so it was just taking dust in my closet so i decided to give eGPU a try. Bought an EXP GDC Beast because my laptop had no thunderbolt port, only internal M.2/NGFF used by wifi (WLAN) card.

With the eGPU the game runs smoothly at highest settings at 144 FPS @ 1080p. Gsync works fine as well. So instead of paying big bucks for a gaming laptop i can just keep this one which is a great notebook by itself and plug the eGPU to play!

I have a desktop PC for gaming but i wanted to be able to play when i'm not at home. I just dissasemble the egpu setup when i want to travel, put everything in my suitcase (doesn't take too much space when dissasembled), then if i want to play i just assemble everything in 5 mins and enjoy playing away from home 😉

I might try with a more powerful graphic card later on but for now playing small games like fallout 3, league of legends ect is what i wanted to do

Nando DIY eGPU Setup 1.35 software did miracles on my setup, it wouldn't work otherwise. After buying his software through ebay he contacted me quickly and told me exactly what i needed to do, i did it and it just worked instantly. Best 15$ i've ever spent!

After looking a bit on the net i've came to understand that the EXP GDC Beast that i bought (v8.5c) was only PCIE gen2 compatible, so that's why my eGPU wasn't working properly without Nando's Setup 1.35 software to force gen2 PCIE speed (no settings in bios to do it). By default (without Nando's software) it was trying to run at PCIE gen3 speed and nothing would work, drivers wouldn't install, constant crashes (TLD exception blue screen).
After googling the differences of the different EXP GDC Beast versions i've come to understand that if I bought the v9 perhaps it would have worked natively (without having to use Nando's software because v9 can run PCIE gen 3 natively. But it costs much more money (100€ vs 30€ for my version) and v9 is only compatible with M.2/NGFF, no mpcie or expresscard so in the end i'm still happy with this setup because i can use it on more hardware in the future if needed).

In the opposite of the only Dell E7470 existing build before i posted this one, mine didn't work natively and i've spent countless hours to make it work (tried everything) then buying Nando's Setup 1.35 was the key to make everything work by forcing PCIE gen2 speed.

The other guy using the same laptop said in his build (named "topazo") that everything was working natively for him at PCIE gen3 (only had to use nvidia-error43-fixer) but i never could make it work myself, so it's strange. Perhaps the problem is coming from my M.2/NGFF cable but it's brand new and works flawlessly at PCIE gen2 so i'm sceptic about it beeing bad.

Anyway i've learned a lot about eGPU, it was fun to do even if it was time consuming and i'm very happy with the result!

Nice to see someone with same laptop!

Unfortunately I don't know why you don't get Gen3. I din't have to do anything special regarding this. I can see difference that you have i7 CPU where I have i5.

@topazo , the difference is you are using the M.2 NVME SSD slot for the eGPU along with a very high quality ADT-Link R43SR *soldered* adapter.

@neutro is using the A+E M.2 wifi slot for the eGPU along with the EXP GDC 8.5c *socketted* adapter, an adapter for which we've even had some users need to downgrade from Gen2 to Gen1 to get stability. Gen3 being a hard ask for it.

My first build was with EXP GDC 8.5c - I believe @Neutro was referencing to that post.

I have the same laptop and am kind of on a budget (don't even have a gpu yet) except I have the same i7 CPU model e7470 as posted here. I know how to set up the m.2 wire and take out the wifi card but I'm just confused since the people here are using different setups. My budget is about $150 including gpu. I don't need anything good at all I just need a card I can play basic games on low settings with just to take some strain off the CPU because on board gpu isn't having it. Like he said games like league of legends and stuff just doesn't agree with onboard. I don't need medium settings or high fps. Just need a dedicated gpu to play games on low with atleast 50fps. Don't have a expgdc yet. Really trying to work in my budget.