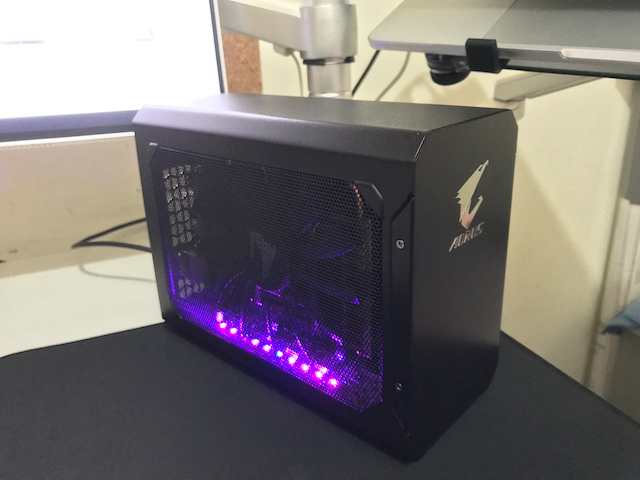 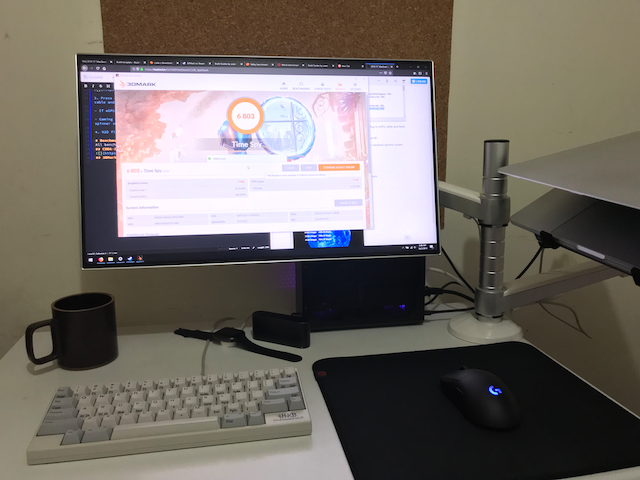 2. Install Thunderbolt Driver from Intel: v17.4.77.400 (Latest as of writing)
> If this driver is not installed, gaming box will be shown as "Base System Device" in Device Manager.

4. Press option key on boot to hold the system on bootloader. Plug in eGPU cable to left bottom port and boot to windows.

> If eGPU is hotplugged after booting it will not be recognized at all. Only thunderbolt controller will be shown.

> Gaming Box is activated (denoted by RGB light) after windows spinner screen and before login screen.

> Internal display may be frozen at windoes spinner screen after eGPU is on. To fix this use Win-P to select Extend Displays then back to Main Display Only. Internal display will then stay blank. (Or just use extend if wished)

5. Windows should be able to detect nvidia card and auto-install an older driver. Download the latest one from nvidia website for best performance.

All benchmarks below were done with external display, stock speed and H2D firmware. 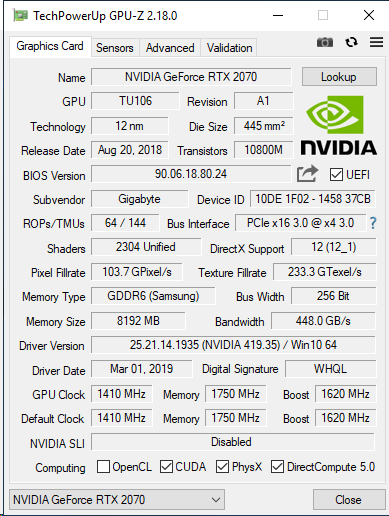 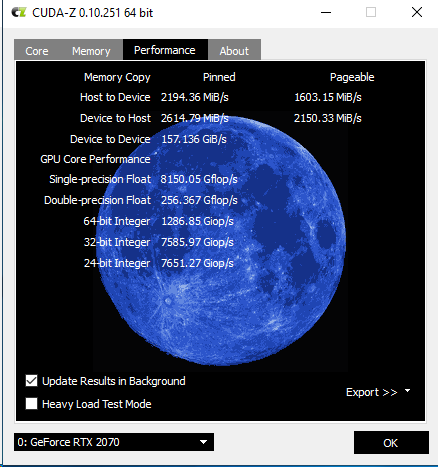 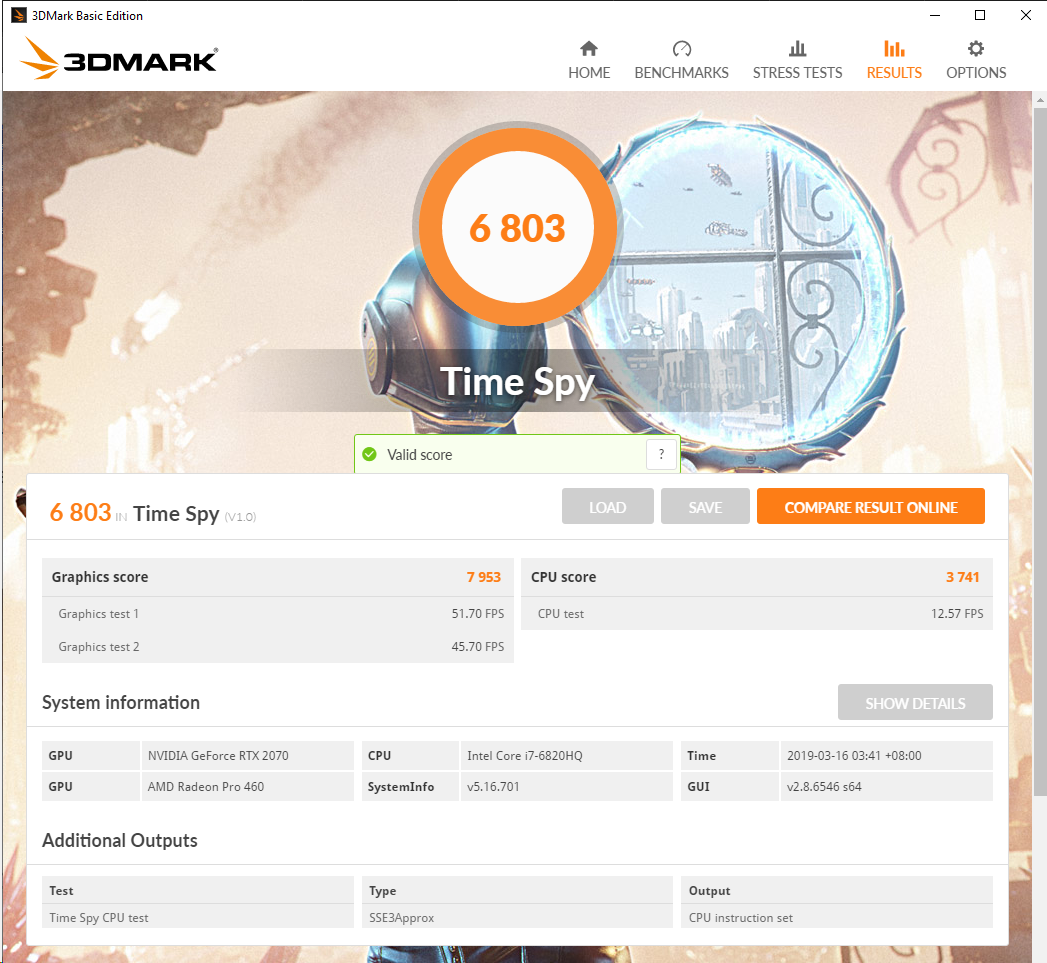 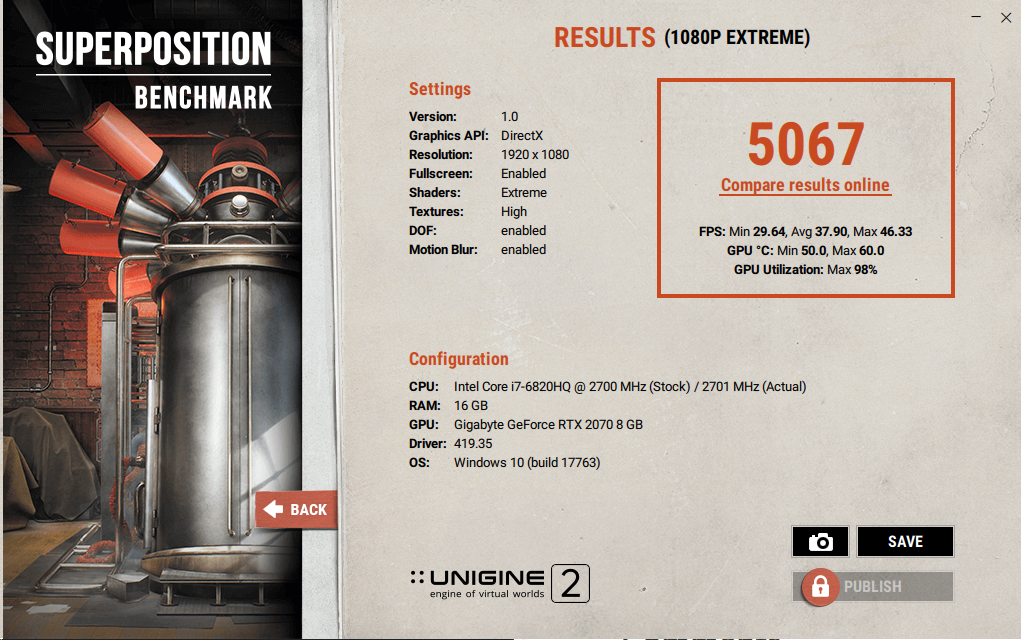 ~4 frame difference from desktop FPS of 41 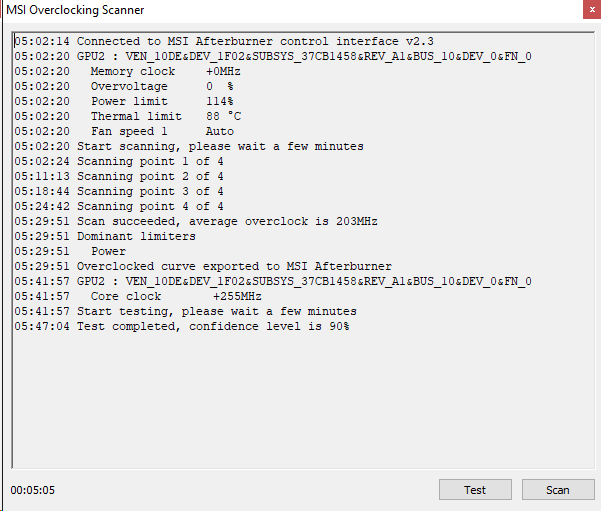 - Some coil whine can be heard during high loads. Fans are quite noisy even when idle.
- Either my keyboard's usb hub or Logitech mouse receiver did not play well with the box's usb ports. Plugging in my HHKB + G Pro Wireless receiver combo caused immediate system crash and infinite boot loop. External SSD works fine tho.

your step two doesn't work, could you help a brother out? I have the exact same step up you have and really want this to work. please help

@brian_weigand anything concrete like error messages so we can help troubleshoot? sometimes the eGPU cannot be detected and needs to be reset by disconnecting power for ~10 seconds.

An update to my build log:
For solving error 12, I have moved to use automate-eGPU boot loader for loading a dsdt override instead of disabling devices in step 3, seems it boots more consistently this way. The eGPU needs to be hot plugged as soon as the windows logo appears, after pressing enter in the bootloader.

As I don't need accelerated internal monitor for my use case, I've moved the apple_set_os.efi away from drivers64UEFI folder and skipped setting up iGPU. The AMD dGPU works well alongside Nvidia eGPU and could power the internal monitor or external monitor connected via usb-c. This could be useful for troubleshooting when eGPU fails to boot.

I did the EFI file and and did the dsdt override and it kinda worked one time the EGPU turned on...but i have never been able to get it going again....
The only time i got it kinda going was when i did DDU not in safe mode. I really really want to get this working, do you have any other suggestion?

I can try and write down each step-by-step. but i am going to have this thing hooked up to a monitor 99% of the time so i dont really care about the interior stuff...do you think the gaming box can do a 4k monitor?

So let em know what else i can provide.