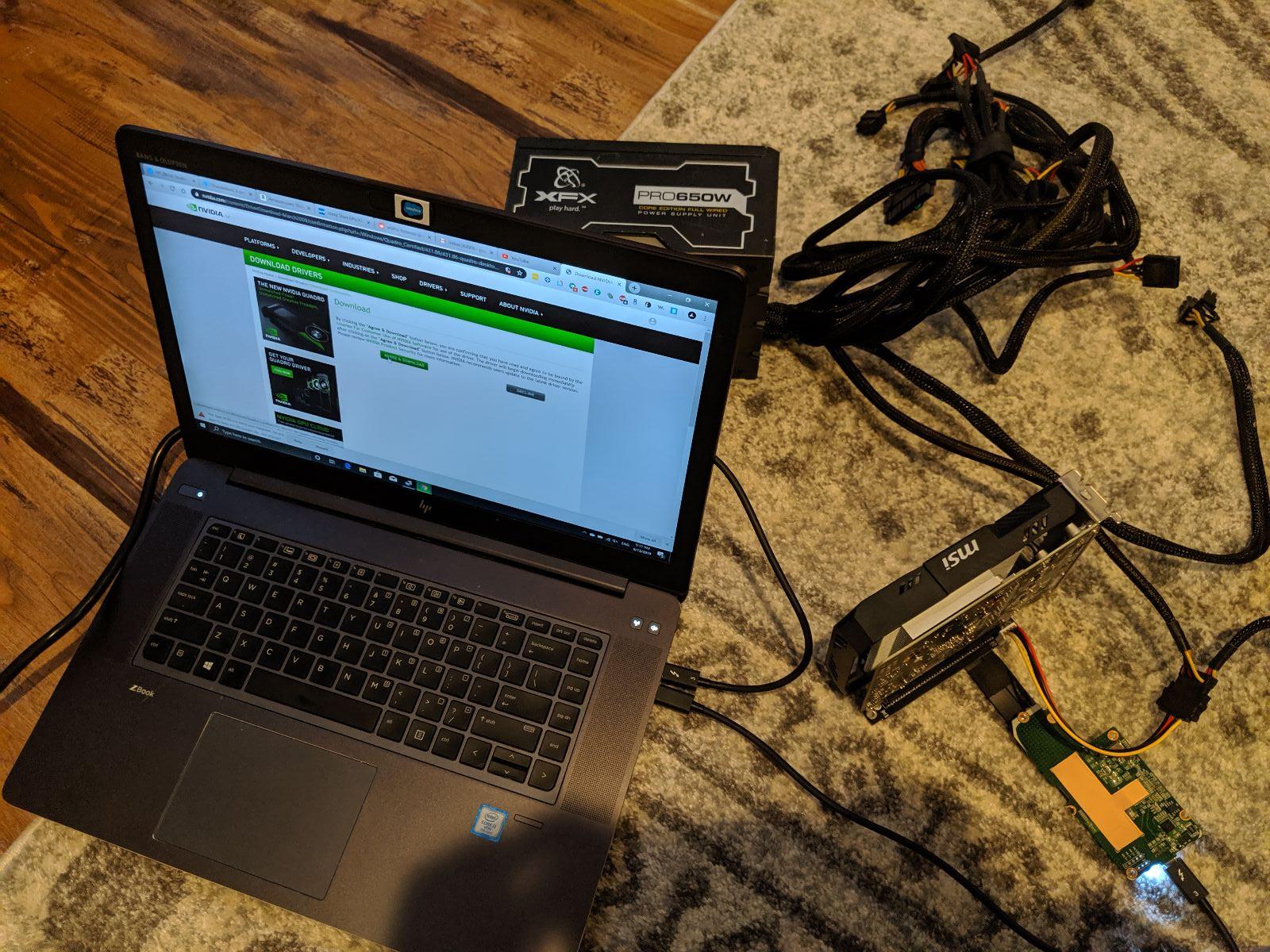 No hoops to jump through. Just removed the ssd from the Samsung X5 drive, plugged the ADT-Link R43SL into the nvme slot controller board. I received help in this thread to get my gpu powered via jumping wires. Windows detected the device as Microsoft Display Adapter, but after installing the proper drivers, everything just sorted itself. I get a Nvidia GPU Activity in my task tray allowing me to see what is active and what isn't.

Comments
Seems like a good alternative to commercial TB3 eGPU solutions, and potentially cheaper if you can find deals on these. I managed to get 2 Samsung X5 500Gb Thunderbolt 3 drives for $66 USD each awhile ago which combined with the ADT-Link R43SL that I got for $13 bucks, is a steal for TB3 eGPU solution. I plan on getting a Mean Well EP-100-12 AC-DC power supply and build my own 4 pin connector out of it to boot this and build a case (possibly 3d print) for a compact solution.

I'm actually booting Windows off of one of the Samsung X5 drive (Linux is internal ssd OS) and using the second TB3 port for the eGPU.

For some other (untested) TB3 NVME enclosures, a few were found in this thread