A bit of trial and error unfortunately, I initially tried hotplugging in Windows, but it wouldn't recognise, then tried rebooting and plugging in while Windows was loading (spinning circles) - the LEDs on the Gaming Box briefly lit up, but then wasn't working. Later got into Windows and unplugged everything from the Box (I had the monitor plugged in) and hotplugged - this eventually got it to recognise (be patient and wait a few minutes) and install the default Windows Nvidia drivers.

It's pretty temperamental TBH. Sometimes when you hotplug Windows will just crash & reboot. Sometimes it's fine. At the moment I'm having the most success plugging in while Windows is loading (spinning circles). I'm also able to plug in now with monitor, keyboard and mouse attached.

Notes to self
- Open up Device Manager and View > Devices by Connection - so you can see if things are getting recognised properly
- When you first plug it in, don't have anything connected to the Gaming Box
- Be patient and wait and see what Windows detects
- Safely eject "Video Controller" before unplugging - this seems to make it happier for subsequent re-plugs
- Sometimes the box runs without the LEDs glowing (particularly after laptop sleep / replug) 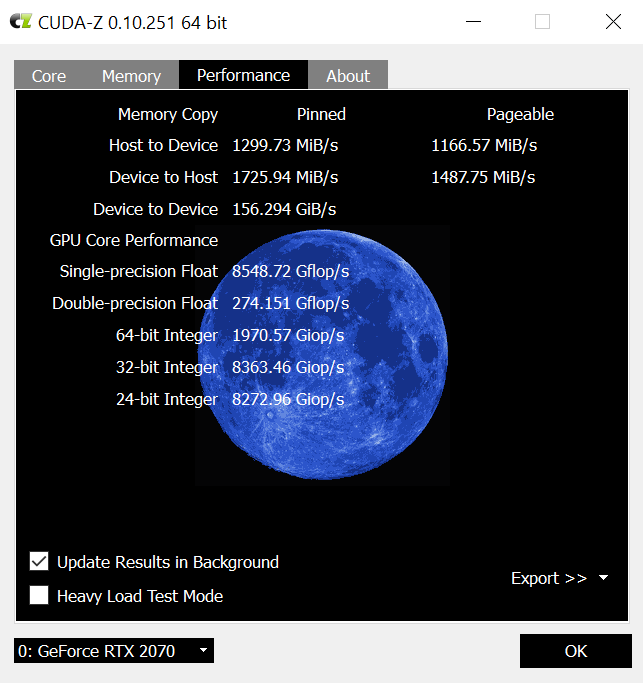 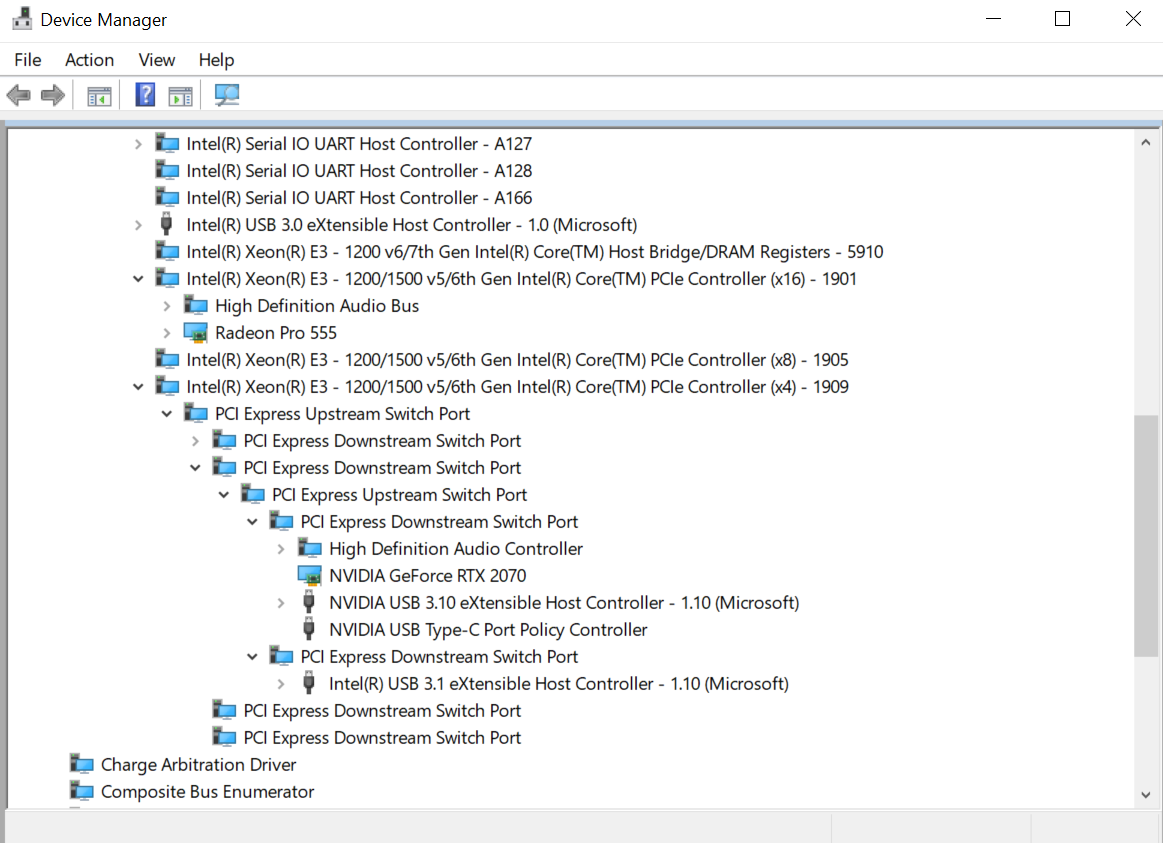 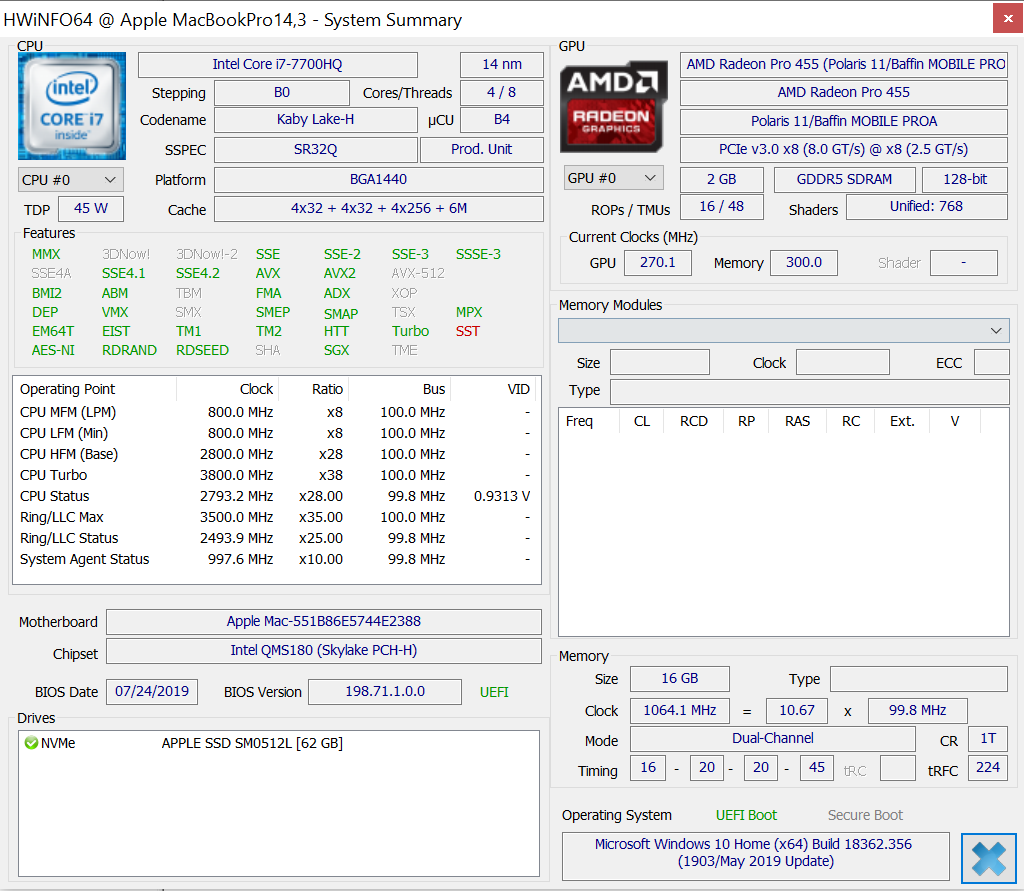 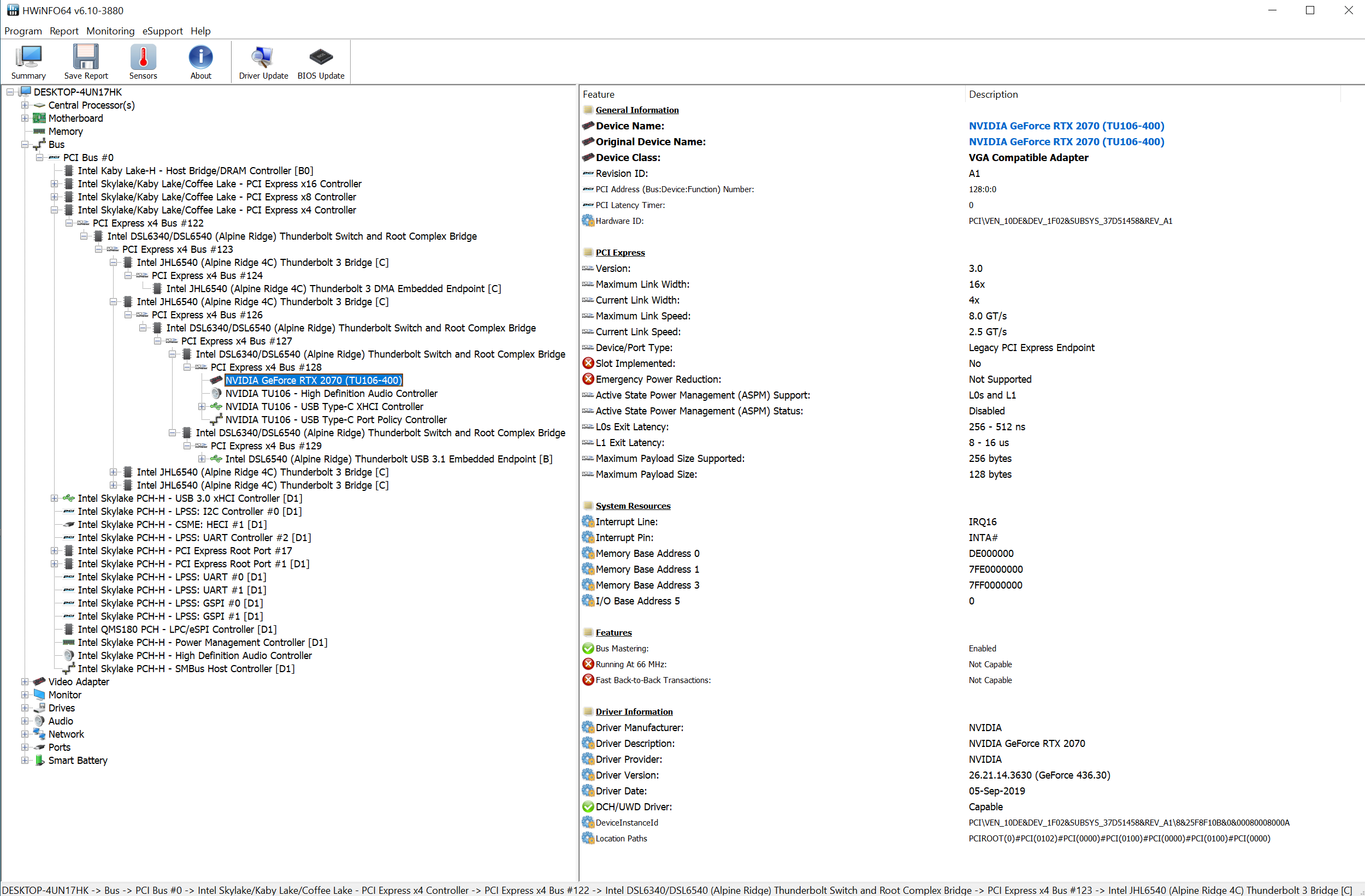 Congratulations on successfully setting up!

I have the same laptop model as you do, and I just bought a 2070 gaming box from Amazon last week, but I just couldn't get it to work. The device wasn't recognized under Windows Device Manager and macOS System Information. Maybe mine was a defective product, I'm considering getting a replacement

How did you go?
It was certainly fiddly to get it working the first time.
Note that I am using the right side ports, the one at the back next to the headphones.

If I remember correctly, I tried a number of different things until it worked.
1. Hot plug the box (with monitor attached)
It didn't work. Waited a bit. Tried a different port.
2. Reboot windows and Plugged in while the circles were spinning (even slightly before)
3. Unplugged the monitor from the box and hotplugged.

That said, right now everything seems to work only if I plug it in at boot when the circles are spinning. (I am plugging it in with everything attached)

Sorry for the delayed response. I hope that helps.

I have already returned it lol. I tried all of the methods you mentioned but none worked, it has to be the device’s problem I guess. I may purchase another one later, hopefully the new one will work properly.

Hi! So I got myself a replacement unit yesterday, and I managed to get it to recognize under Windows 10 for the first time today. The default drivers and DCH drivers were successfully installed. I also plugged in an external monitor as a test, and it all went very smoothly. However, after restarting I couldn't get it to detect again. It sometimes shows nothing, sometimes a BSOD with stop code SYSTEM_SERVICE_EXCEPTION. The problem is sometimes with AppleSPIdevice.sys or Wdf01000.sys. Have you encountered such problems during your setup? I'd really appreciate your help.

Ok I stand corrected - I got this this morning. Plugged in during boot and BSOD with AppleSPIdevice.sys. it then rebooted.

I unplugged, let it boot to macOS (my default) then rebooted and plugged in as soon as I could when the windows logo appears.

Hi, I'd just like to ask how reliably can you use your method to connect the eGPU?

I've been fiddling with the box for about a week now, used all the methods you mentioned, but I only got it to recognize twice by my system. I also tried the guide written by @itsage using the rEFInd method, but Windows couldn't detect a "third graphics device". The device could be detected under macOS so I guess it's working fine. I've no idea why I couldn't get it to recognize properly. Really starting to get frustrated here 🙁

Mine has been pretty reliable. Like I said if I am too slow plugging in then it will not detect and probably crash.

But I've done it at least 10 times over the last 2 weeks and it is pretty consistent.

Hi there, I have pretty much the exact Mac and monitor setup that you got. I'm wondering if you are getting the performance you expect from the Gaming Box. Are you using external monitor? or going through USB-C only?