Aorus GTX 1070 Gaming Box with stock TB3 cable 25cm(For my build it's too short, could anyone suggest some other cable with the same specs but more longer(1-2m) ) 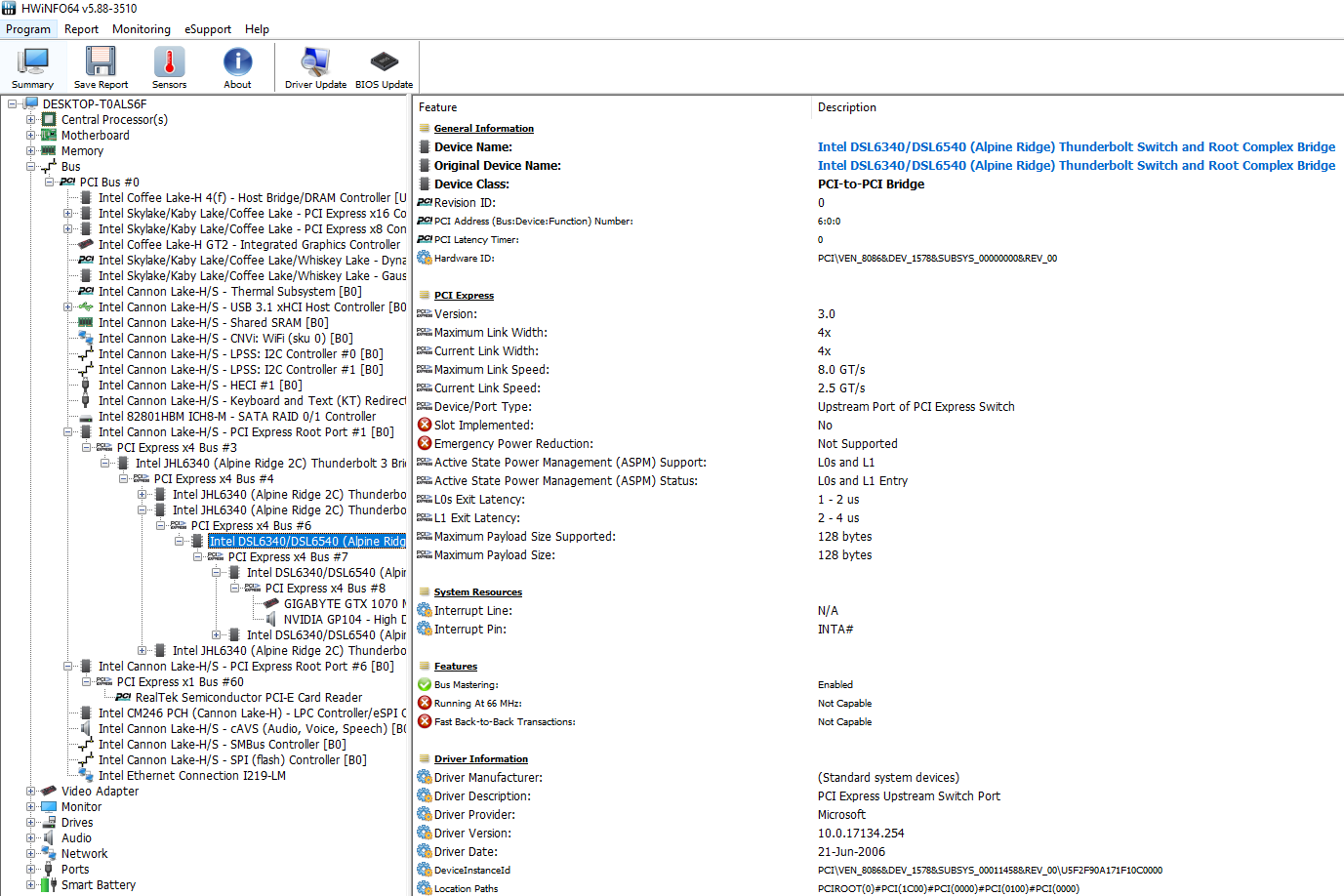 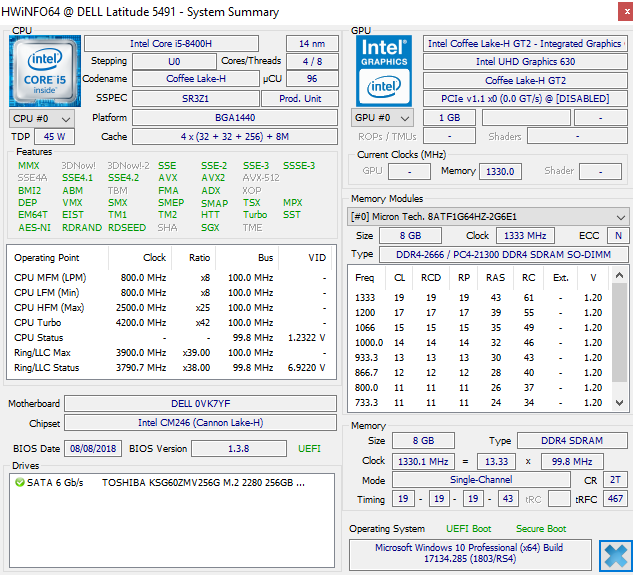 After installing egpu Dell software detected it and suggested to enable it. But it can be used only in some basic mode, after that, I installed drivers from Aourus site and it's work perfect. But Dell software showed a warning message that TB3 cannot give full 100w charge sometimes can be drain power from the battery and suggest to plug OEM power adapter I skipped it. The same warning message was during first boot with plugged in egpu. Don't know did I write or not but I disabled this message in BIOS. After that, I have the question: in Aorus box specs said that it can provide 100w power, but a laptop or Dell software say that it's not 100w power input. Who is lying? As I noticed that was no any battery leaks during gaming on high quality, suppose Dell soft wrong. 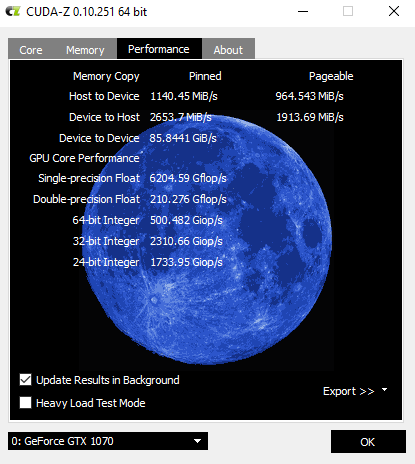 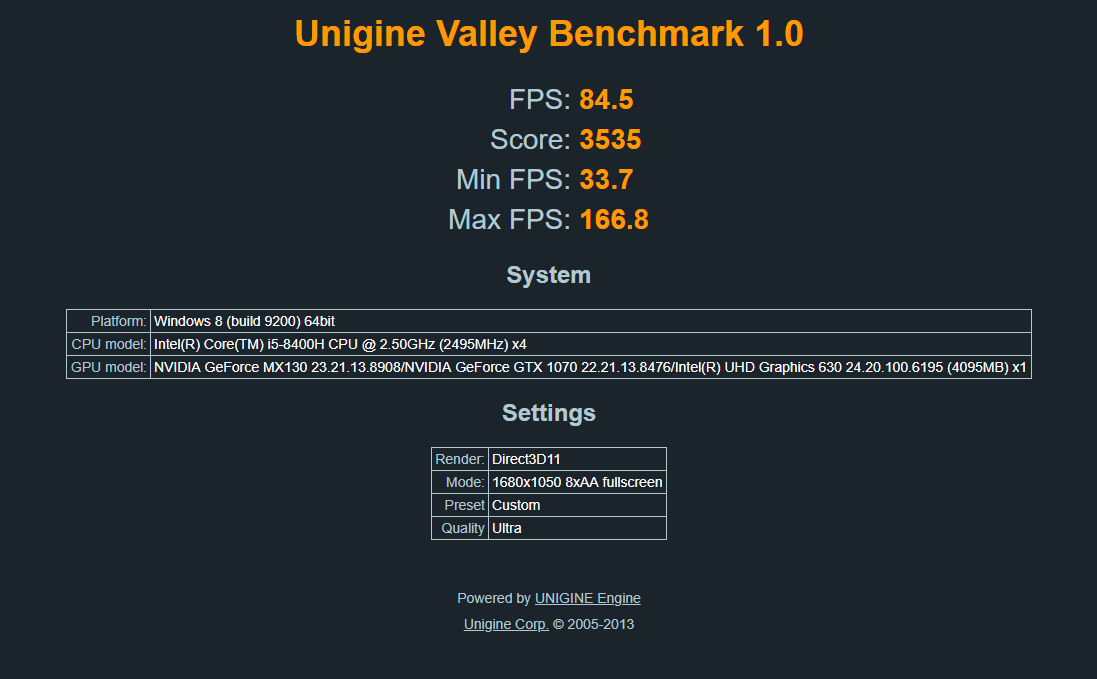 Comments
Aourus uses only for gaming and for mining for all free time(25-30MHs). There are some strange noises from GPU when RAM or SSD used, don't know is it normal or no.
Think Dell5491 is not a bad decision and was cheap for me, laptop cost about 1000$ and egpu 400$. In future want to plug in egpu through TB16 dockstation don't know why but think will be good experiment.

Had the first problem yesterday till today. Dell app suggested to install new BIOS, I approved it and after reboot egpu became not recognizable, unplugging and plugging did not help. Changing BIOS thunderbolt settings did not help. the system did not see egpu at all. After that, I reinstalled Windows, installed new drivers and tried to plug-in egpu again and it works!!! After that, I decided to change thunderbolt settings again, after that egpu again became invisible, restoring changed settings does not help... now I reinstalling windows again. Anybody know how to fix this issue without reinstall???? Now I afraid install any updates

Finished second windows reinstallation, at once I decided to upgrade BIOS firmware. This time eGPU was not recognized. I downgraded BIOS to first release version it's not helped. I noticed that BIOS have two modes of settings reset(BIOS reset and Factory reset). Heretofore I chose BIOS reset. , this time I chose Factory reset at this time. After reboot eGPU was recognized and I am happy! Now I understand that windows reinstall solve nothing, but now I don't know, stop trying to run eGPU on last software when only one case left? Or to upgrade BIOS to last version and do factory reset to find real reason and create an issue to Dell  that last BIOS update broke Thunderbolt.

After a month working my GPU died (full story there  https://egpu.io/forums/thunderbolt-enclosures/aorus-gaming-box-1070-stops-working-for-the-second-time/#post-48331 ) I repaired it by removing the main fuse and some capacitors and now it works perfectly. But after this issue, I have two GPUs and think about eGPU box for two video cards to place them in SLI mode. Could anybody suggest me such eGPU box?

Thanks for posting your specs! I'm going to get the same laptop and try pairing with an akitio node with gtx 1060. Will let you know how it works out.

Quick question, any idea whether the latitude 5491 is 2 lane or 4 lane thunderbolt?

4 lane. As all  last Latitude version with Thunderbolt 3

4 lane. As all  last Latitude version with Thunderbolt 3

How is your system? I am planning to do the same, but using a Dell 5411, and a Razer Chroma. I was am having 2nd thoughts, if it will have any other issues I might encounter. Your advice is appreciated. Thanks

@hansoy_mot
Still work on the same setup, no any critacal issues. There are some minor issues like auto switch on Windows(last time i need to disable intel gpu manualy, maybee there is some another workaround but has no time to find it) and some problems with throttiling on laptop (fixed by undervolt and reducing watt in turboboost mode ~10%)

@chega, Thanks for your advice. I am still checking for alternatives, looks like chroma price is too expensive without a card. THanks again.

Did you ever go the eGPU route. As I am interested in any bench marks in relation to how your CPU performed?