I wrote this up, not as an install guide, but more to share my experience with this particular build.  Credit to Felipe who's  guide I followed while purchasing and putting together my setup.

Installation steps
Following Felipe's guide, I installed the drivers from the Aorus website and things seemed to be going well.  Since then, I've discovered some quirks that have been frustrating to say the least.  Check out some notes below. 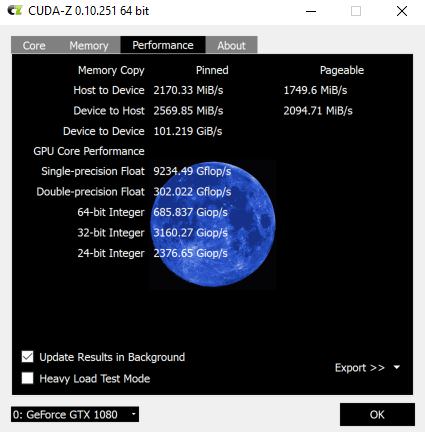 Comments
1. AGB won't startup:  After plugging the eGPU into the TB3 port, sometimes the video card wont be recognized (characterized by no LEDs).  The power will still charge the laptop.  After searching the forums, I've found that the power reset (unplug the box for 1-5 minutes) will get it going.  It's a little unclear what the best sequence of plugging in the cables is.  I've found that it will work 70% if
>> unplug TB3 from computer, unplug AGB
>> wait 1-5 min
>> plug in AGB
>> plug in TB3 cable to computer
Frustrating, but it might be related to my utilization of the USB ports on the AGB.  Will update with more data as I learn more

2. Using the USB is impossible: flashed 1.0H2D and realizing that the explanations online that it sucks up all the bandwidth that the USB devices share.  A simple optical mouse will work when the GPU isn't being stressed, but during gaming it will stutter.  Plugging in a keyboard basically crashed the computer when I loaded a game.  I couldn't even test going down to fw1.0 - keeps giving me an error.  For now, it seems stable with peripherals attached to laptop (buying a 4 port hub).

For $3k, I was hoping for a little more stable setup for my gaming, but it's great being able to do this from an ultraportable laptop.

Hey!
I really like how your setup looks and am considering getting the same duo.  My biggest concern is, do you ever have problems with thermal throttling?  I understand you said the temperatures never get "scorching", but have you ever noticed CPU clock speeds decreasing/performance drops as the system got hotter?
Thanks for posting this setup!

I also got exactly the same problem as yours, once I plugged in the Thunderbolt 3 cable, it doesn't turn on. I can hear the noise from small fans and my laptop gets power delivered, but the graphics card's fan doesn't spin, and the "Thunderbolt software" can't recognise the device (doesn't appear in the list). Thus I have to do a power reset almost everytime I plugged in the TB3 cable. There's also a similar post on the website saying the same problem:  https://egpu.io/forums/pc-setup/aorus-gaming-box-having-to-power-cycle-every-time/

I also tried by using "safely remove hardware", disconnect the cable and leave it for 1+ hour, and connect it back. This way seems working without the problem. But I only did it for once.

USB's problem seems common among all Thunderbolt 3 devices as the bandwidth is limited. Flash the 1.0 (without H2D) relieves some of the problems but sometimes my mouse (Logitech G500s) still got stuttered. If you got "PD firmware version" error when you flashing firmware, one way to solve it is just downgrade your Thunderbolt software to 16.2 ( https://downloadcenter.intel.com/download/27344/Thunderbolt-Bus-Driver-for-Windows-10-8-1-and-7-for-Intel-NUC-Kit-NUC6i7KYK) as stated here:  https://www.reddit.com/r/eGPU/comments/6wucfp/aorus_gaming_box_update_pd_firmware_version_error/. However, you also can download a newer version of firmware update utility from Intel ( https://downloadcenter.intel.com/download/27679/NUCs-Thunderbolt-3-Controller-Firmware-Update-Tool-for-Intel-NUC-Kits-NUC7i5BN-and-NUC7i7BN), as I guess the one provided on Gigabyte website comes with an old version of the utility, thus it doesn't compatible with newer thunderbolt software. Download this one, and when you select the firmware file, select the .bin file from Gigabyte, and it should work.

By flashing the 1.0 (without H2D) firmware, your Host to Device speed will drop by almost a half, the frame rate in games drops about 10 frames, so it's not that bad. But it still didn't fix my stutter problem (not sure how yours will go). So I just plug a USB hub in every time I plug the TB3 cable in.

I also got another problem besides these. Sometimes my game suddenly drops to 10 fps (normally >60 fps) and restore itself after 1 to 10 seconds, and it comes up randomly, every 30 seconds to even every half hour. And the problem doesn't only happen to one game, it happens to all of my games, including 3DMark 11. The solution is to downgrade the Nvidia drivers. I was running the latest drivers from Nvidia (397.**). Once downgrade to the one listed on Gigabyte's website (384.76), it back to smooth. I never got any sudden droppings on frame rates after that. I'm not sure it's the driver's problem or Windows 10 1803 doesn't like Nvidia's 397.** drivers, I didn't test it on older Windows 10 versions. But seems the problem is not only limited to external GPUs:  https://us.battle.net/forums/en/overwatch/topic/20759228045

Latest Post: No Picture on Monitors connected to eGPU but on the Notebook-Screen. Our newest member: HemoPhilic Recent Posts Unread Posts Tags