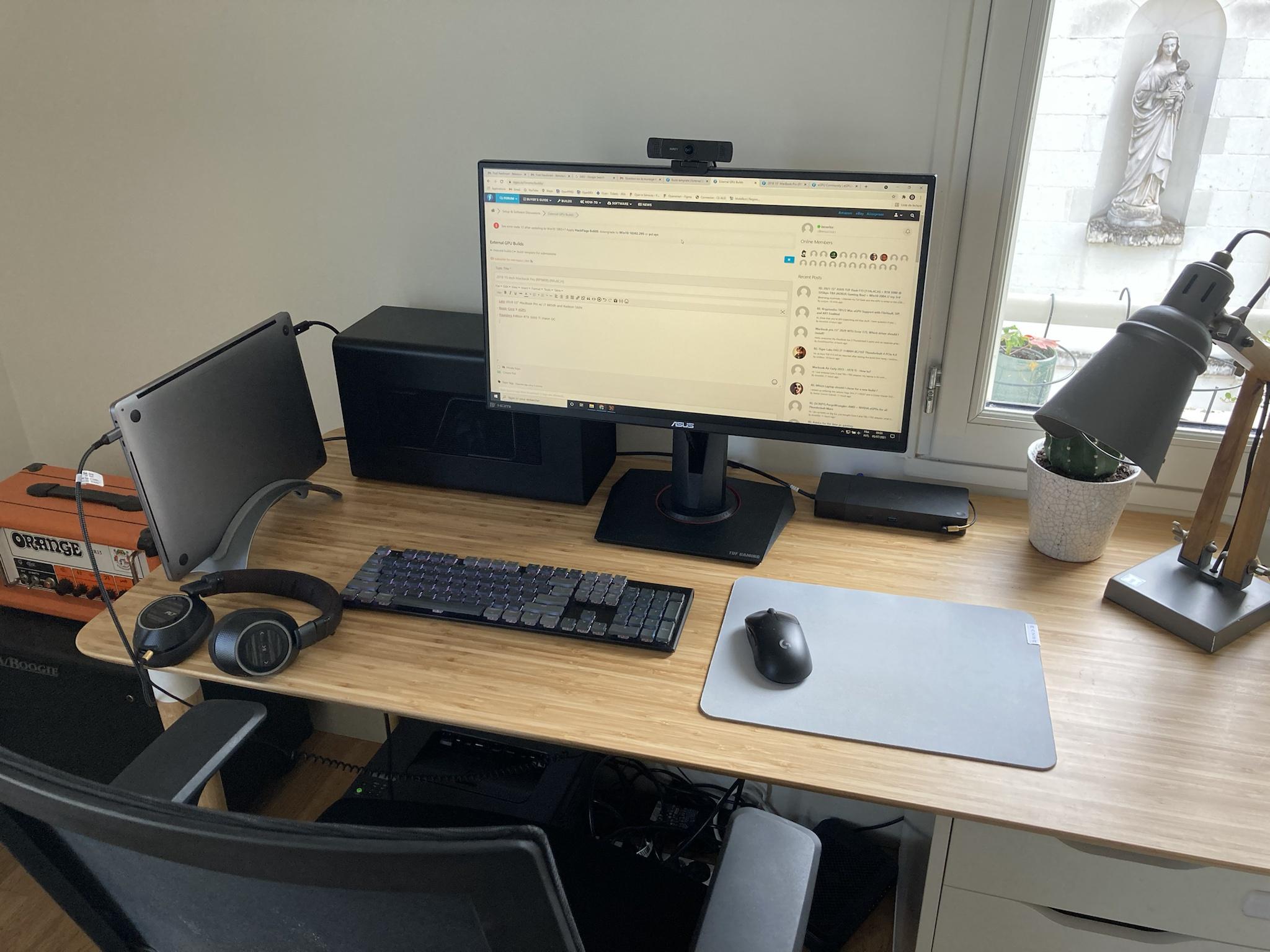 Thanks so much for this website that helped me made this configuration possible. 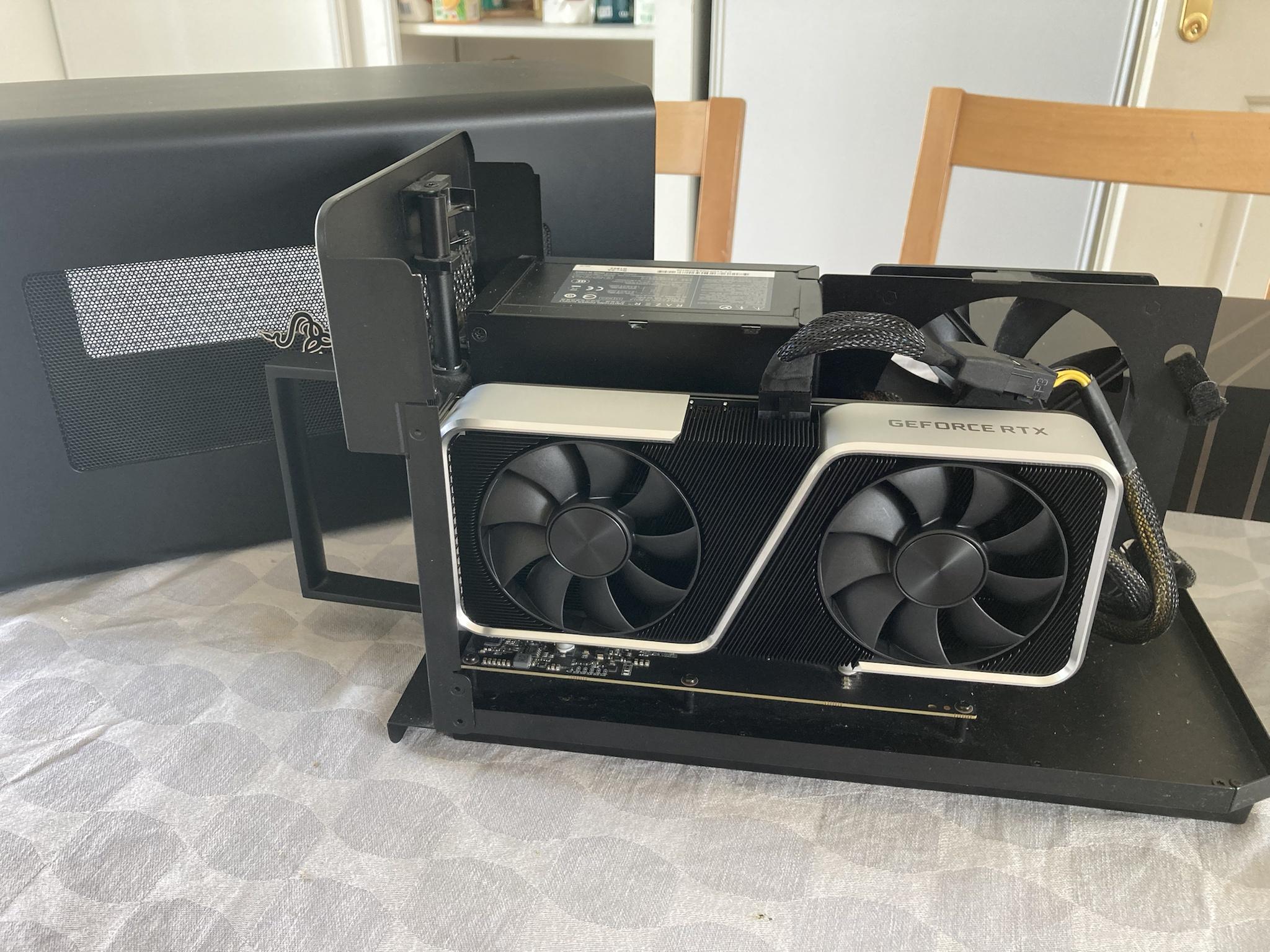 After this picture, I reversed the side fan polarity to make it exhaust. Overall, installation was very easy.

1. Did not re-install or Format bootcamp and went with my previously existing Bootcamp

2. Plugged the  TB3 cable  and turned on the  Razer Core X  before booting up

4.  Razer Core X  and card were detected but as a "Microsoft Basic Display Adapter"

5. I installed the Nvidia drivers manually

7. Restarted the computer as above

8. It worked on external display 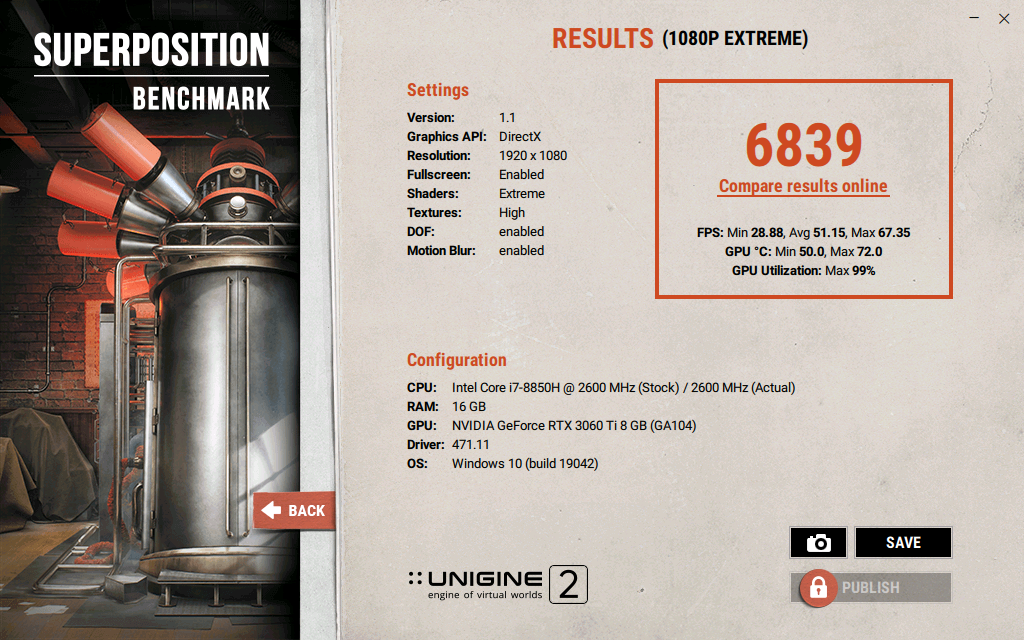 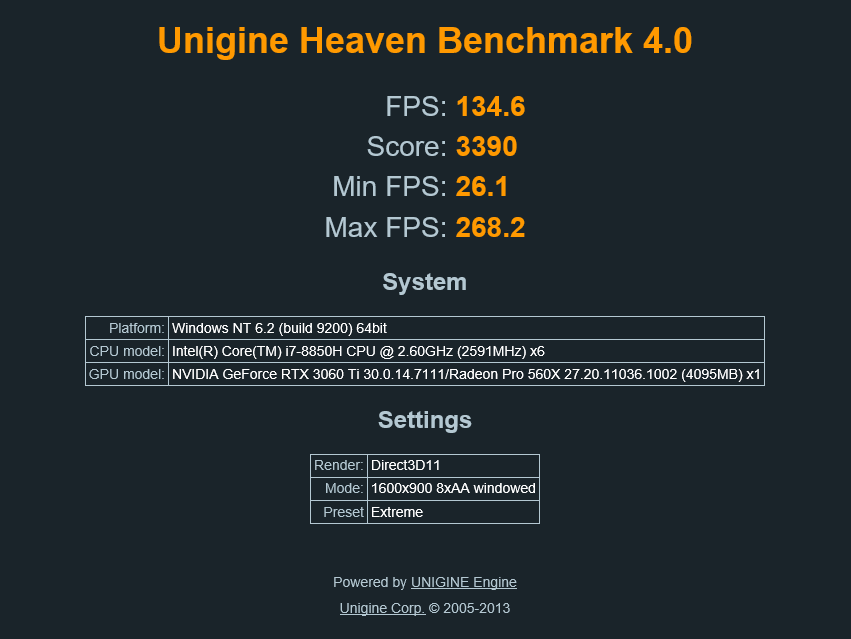 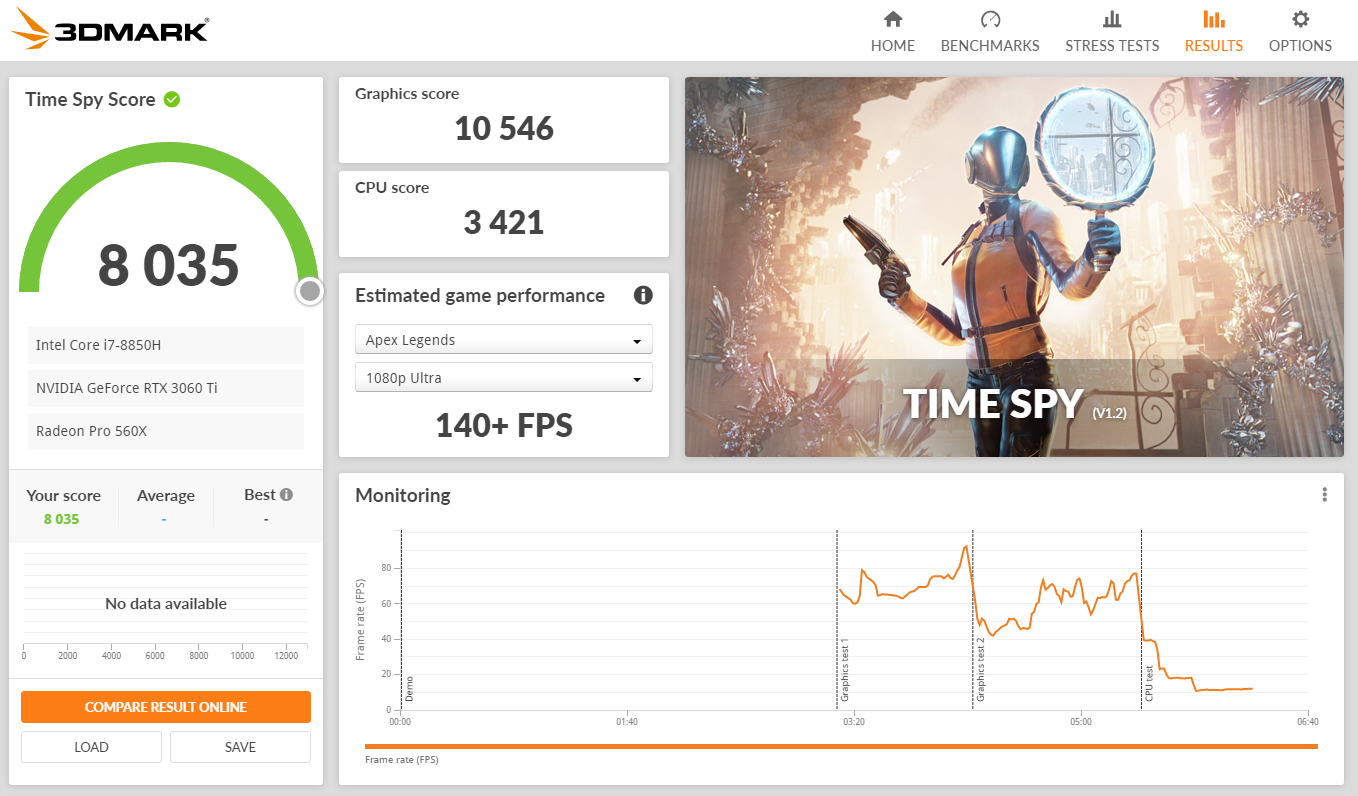 I encountered a few errors :

The performance improvement was quite interesting for some games. I can play CSGO at high refresh rate with high settings (important to see through molotov for instance). And of course, other games run pretty well. CPU also seems to run cooler but I would have to verify this by measuring it.

@benoitor, Welcome aboard and thank you for sharing this build! That's a lot of hurdles to set up an nVidia eGPU in Boot Camp. I'm glad you got them all resolved.

@itsage, Thank you! Actually was a long time lurker of egpu.io, which made me decide to share my build as well.

@benoitor, nice build, thanks for posting it along with the errors and solutions you encountered