I bought this card since my Radeon Vii did well in the benchmarks department, but in actual use was underwhelming. The 16GB seemed like it was necessary but in fact I never saw the added benefit during video editing. I also could never put my mac to sleep due to the known fan sleep bug. The card is also discontinued and selling for quite a bit on the secondary market due to cryptomining, so I made a nice profit off this card.

I had the standard 5700xt from XFX earlier last year, and wasn't impressed. With 10.15.5, and this new version, it's quite nice. Most of the benchmarks I ran had it pretty close with the Radeon Vii except in the Luxmark ball test, it performed half as well. But for my uses, it should be more than good enough. It's not as quiet as reviews would have you believe, but not as loud as the RVii. 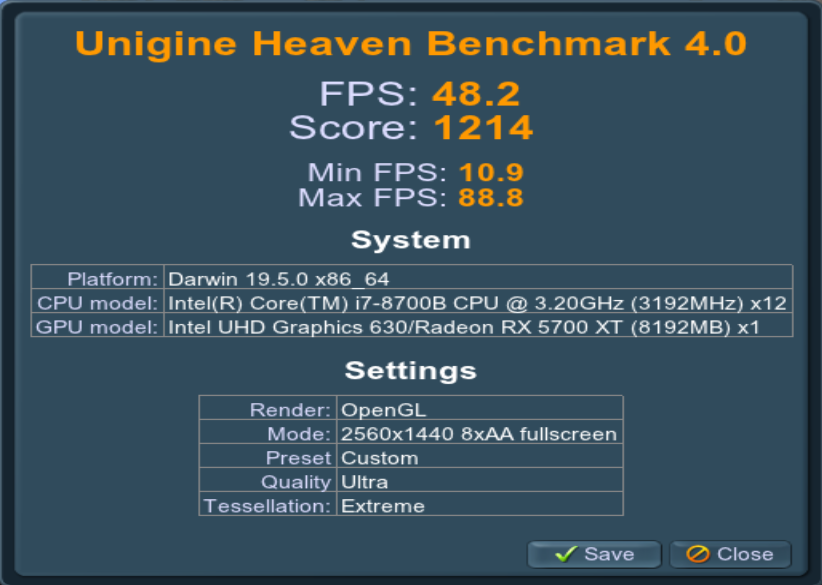 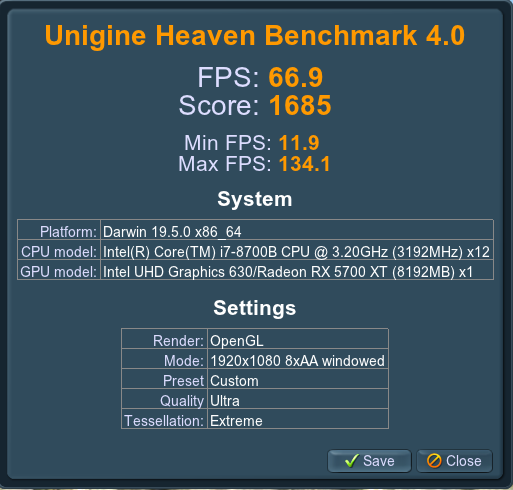 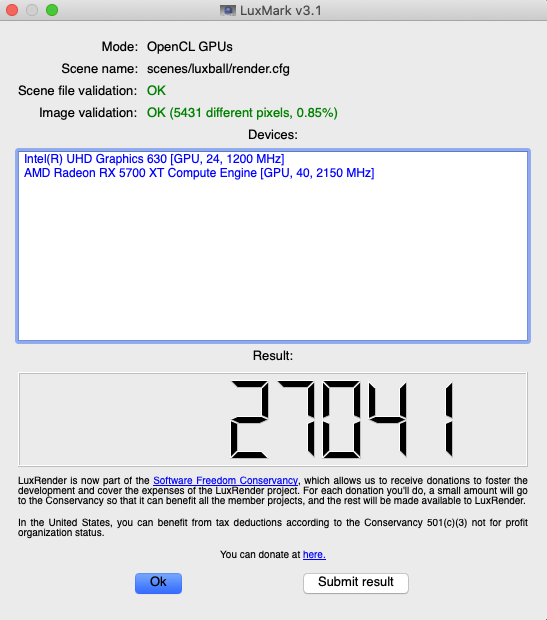 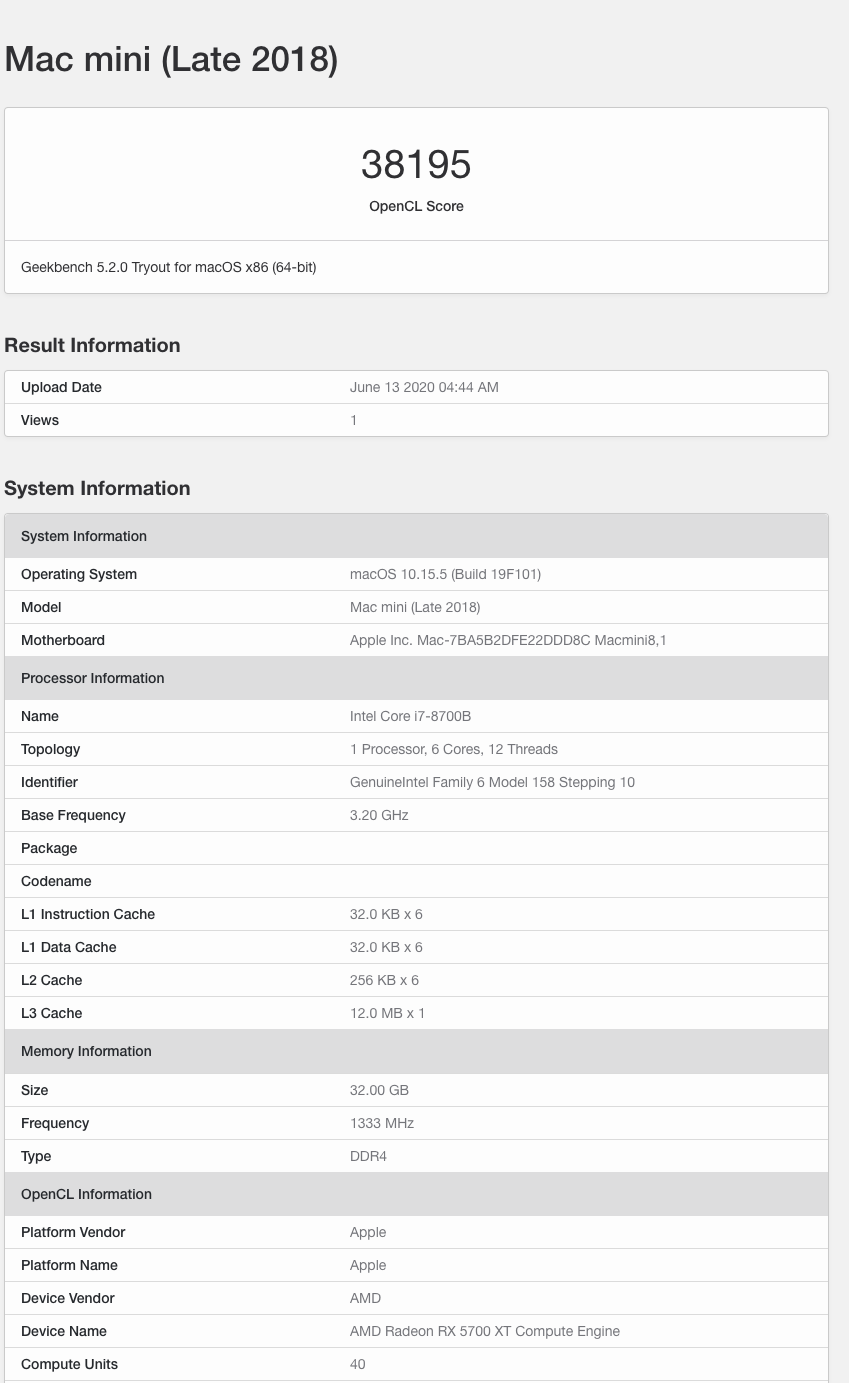 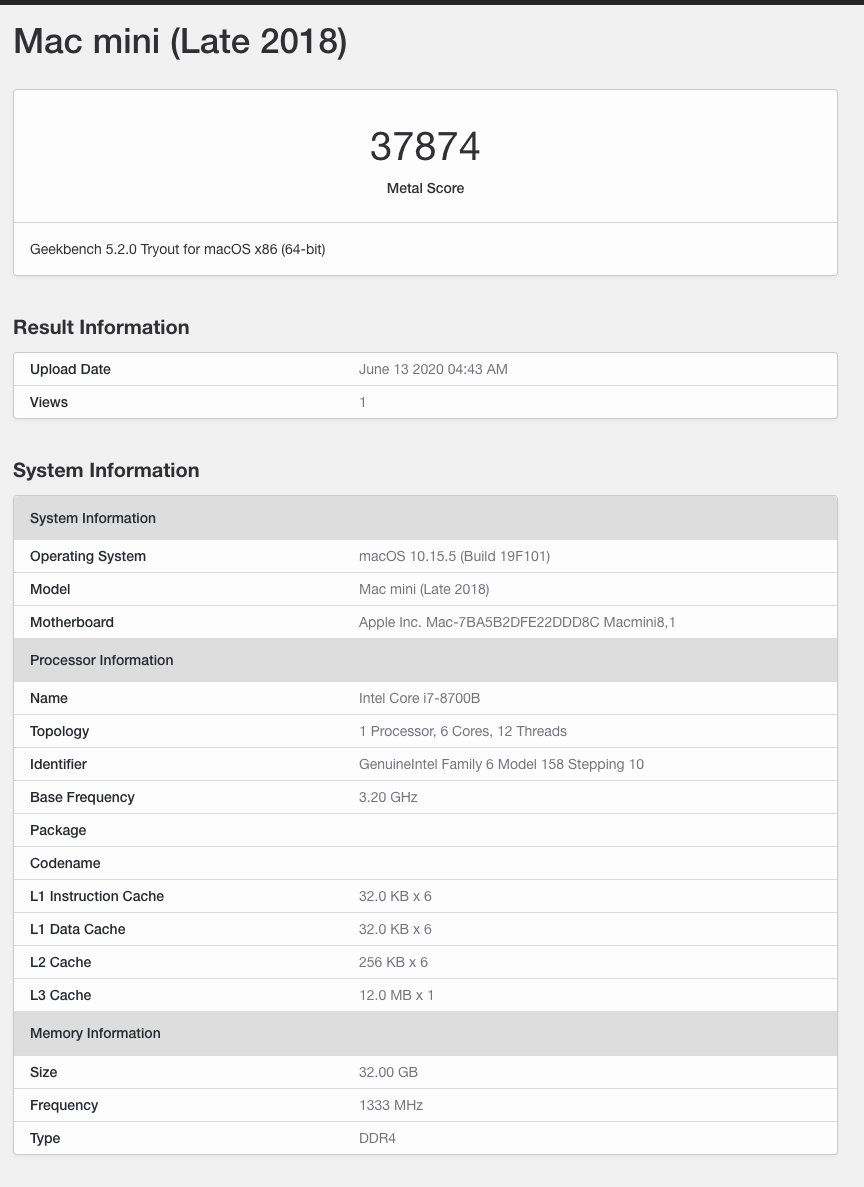 Have you used this for Da Vinci Resolve exports? I'm trying to track down some benchmarks. If you have any 4K footage speeds that would be amazing!

Have you used this for Da Vinci Resolve exports? I'm trying to track down some benchmarks. If you have any 4K footage speeds that would be amazing!

Most of my 4k work is in the 2-3 minute range. I mostly h.264 4k60p 150mbps GH5 footage and export to pro-res 422 LT before using handbrake to make my h.264 deliverable file to my clients. My footage has some graphics effects and minor color correction. I don't use LOG formats to shoot. I would say 90 seconds is the average export time in DR 16. Slightly longer if I'm exporting h.264 from DR.

But export speeds are overrated in my opinion. Timeline performance is where it needs to be and no matter what card I've tried, I can't get 4k24p to play smoothly without generating optimized media.

Are you sure about the benchmark? I have same if not best results from a sapphire nitro+ RX580 8gb ddr5. I'm looking to upgrade to 5700 but not sure after this tests.