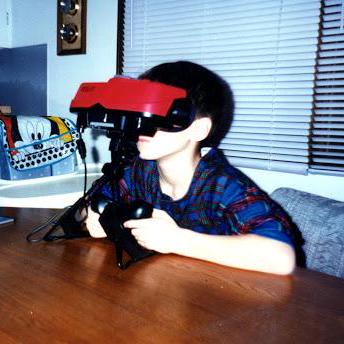 Install Bootcamp
Install latest Windows 10 ISO (1903 at time of writing)
Disable patching (currently the latest patch causes the eGPU to stop showing up with a resource error)
Plug eGPU in while in MacOS and boot into Windows
Install Radeon drivers from AMD
Install Intel Driver and Support Manager
Install all software available from Intel Driver and Support Manager
Boot into Mac with eGPU plugged in
Install Fan Control and set the fan to max speed constant
Reboot with the eGPU plugged in.
Be sure bootcamp has the latest drivers installed
I installed intel graphics command center for good measure
you will always have one device in Device Manager that is unknown.  I believe this is the T2 chip
Click the battery icon in the tray and set Windows to full "performance" mode
That's it!  You have single-monitor gaming on Windows with your Mac CPU.
The eGPU does not work in MacOS yet at all and will not appear

This build has more issues than other builds I read here.  I hope over time the issues will start to fall off the map, but I am starting to think that the Intel Chipset just does not have the PCI lanes and bandwidth to run an eGPU well.  Here is a list of issues:

- I have USB device disconnection problems when under heavy load. This could be heavy TB3 SSD load, or it could be the eGPU kicking into high gear.  The laptop seems to have a left side and right side "channel" of some kind.  Plugging devices into the left side of the laptop and the eGPU into the right increases stability and reduces the number of times my devices disconnect greatly.  However, if I plug the TB3 SSD into the left side along with my USB devices, they disconnect when the SSD gets busy.  If I plug the SSD into the eGPU side of the laptop (the right side) then either the eGPU will eventually display a black screen or the SSD will become unresponsive and disappear from the OS.  If I play a game that does not particularly abuse the SSD or eGPU, I have no problems what so ever.  It's only things like Star Citizen and Arma 3 on max graphics that push it too far.
- When the CPU is under high load, the bluetooth devices have very slow input, but the integrated keyboard and plugged in devices still seem to be okay.
- I recently moved my game files onto the internal drive and disconnected the SSD.  Immediately after, I started having internet disconnection issues.  Perhaps the internal disk is on the same PCI bus as the NIC?  I have not confirmed this is the cause of my disconnection issues yet, but I have Google Wifi, sit right near the router, and have reliable gigabit internet that I use about 1-2TB of bandwidth through each month without issues.
- The headphone jack on the laptop does not support a mic when in Windows.  To get around this, I use a logitech USB audio adapter.  However, as described in the first issue here, if I plug that device in on a left or right side of the laptop that becomes busy - like with heavy eGPU or SSD traffic - the sound becomes garbled and the device disconnects pretty frequently.
- Plugging my mouse into the USB 3.1 hub of my monitor, like I do with my keyboard and headphones, causes the mouse to stutter under high load and entirely disconnect from time to time.  I keep the mouse plugged directly into what I think will be the least busy side of the laptop (left or right) and it works pretty well.
- The internal display on the laptop will not display anything more than a windows Logo when I am booted into Windows.  I tried special drivers and all, but the device just does not come up in Device Manager.  I haven't been able to do anything with enhancing the graphics on the internal display with the eGPU.  I always plug a monitor into the eGPU card directly.
- Windows can't control the fan on the MBP, even if you disable the T2 security chip.  To get around this, I installed Fan Control on MacOS, set the fan static to maximum, then rebooted into Windows.  The fan stays at maximum until you restart the laptop and it stays much cooler while gaming.  To be clear, the internal fan does turn up under load while in Windows, but its extremely conservative and never turns up to a level you can even hear it.  Maybe I am being paranoid here, but it might help performance to have the fan on high constantly.  This CPU does boost very high when thermals allow.
- There are not any drivers for MacOS for this card.  The card does absolutely nothing when booted into MacOS.  I don't care much about this because as a programmer, I only want MacOS for programming and Windows for gaming.
- A recent windows patch for 1903 caused my eGPU to have the "insufficient resources" problem and nothing fixed it besides removing the patches and pausing patches.  I can only pause my patches for so long without Windows hacks so hopefully MSFT fixes the issue before then.  I don't have high hopes.

Running the laptop with Star Citizen (one of the hardest games to run right now) installed on the SSD caused random issues with disconnecting devices and lag.  When I moved the game files to the laptop internal disk, the game ran well, even in large cities.

So overall, this build has a lot of kinks to work around, but I believe I may be the only person running Star Citizen on a MBP with an RX 5700 XT in the world.  I am the bleeding edge!  I will keep this post updated if I find more fixes or issues.

With the beta 2 of macOS Catalina 10.15.1, just plugging in the eGPU under MacOS works just fine!

Good to see the new AMD cards making their way to the eGPU community.

Would love to see some benchmarks, particularly Unigine if possible!

Comes in on page 18 when running on high: https://benchmark.unigine.com/leaderboards/superposition/1.x/1080p-high/single-gpu/page-18

Here is what the same video card gets when _not_ in a MBP eGPU:

The score was 12500 without eGPU and 10480 with eGPU.  About a 15% loss if you realize the CPU is performance worse than the others listed. That means you would run at 51 FPS when a desktop would run at 60 FPS.

I actually just overclocked the card with wattman and was able to get a superposition 1080p high bench of 11184!

That's pretty good, right in the middle of Vega 64 and GTX 1080'S with desktop setups.

Have you had the chance to run Heaven and / or valley? I wonder how it compares in a more gaming oriented workload compared to a Vega 64 eGPU.

Thanks for the benchmarks!

@integrii if you install amd drivers from bootcampdrivers.com you may be able to use both screens in win 10 (works for me with similar setup). Follow instructions in their download and hopefully it’ll help.

Nice work! Your bench score for XT is not bad.   But Unigine Valley score would also be nice!

@St1000 - that didn't work for me.  I have Iris 655 internal graphics.  Neither that chip or the RX 5700 XT show up in the supported cards for bootcampdrivers.com

Thanks! Looking good! Would you be able to run one more Unigine Valley using 1920x1080 x8AA Full Screen Preset Extreme HD so I can see where my OC settings are at for my 5700 non-XT?

Great ot see someone using the latest AMD cards... I ignored advice from people smarter than myself and bought an RX5700XT for Bootcamp while we wait on macOS drivers.

Just reading through your list of things that are not perfect and I'm not convinced they are all egpu related (unless I have misunderstood).

You mention the Windows logo being stuck on the internal screen but that has been a known issue for years and its caused by the iGPU being deactivated during boot with another GPU (internal or external) connected. You'll need to use the EFI Bootmanager or rEFInd to keep the iGPU active.

Sounds awesome. When my Sapphire Nitro 5700 xt was working, it matched my Radeon VII punch for punch. The ability to easily switch is what has me still on the VII until OS X includes drivers.

If you don't have a dGPU in your 13", then there is no reason to download the bootcampdrivers.com stuff. I use the AMD drivers... remember, the drivers from AMD are still VERY immature compared to Team Green. My VII crashes with even small undervolting or overclocking... that's why the Reference for this card is still your best bet.

Congrats! Do you have a reference XT or an AIB?