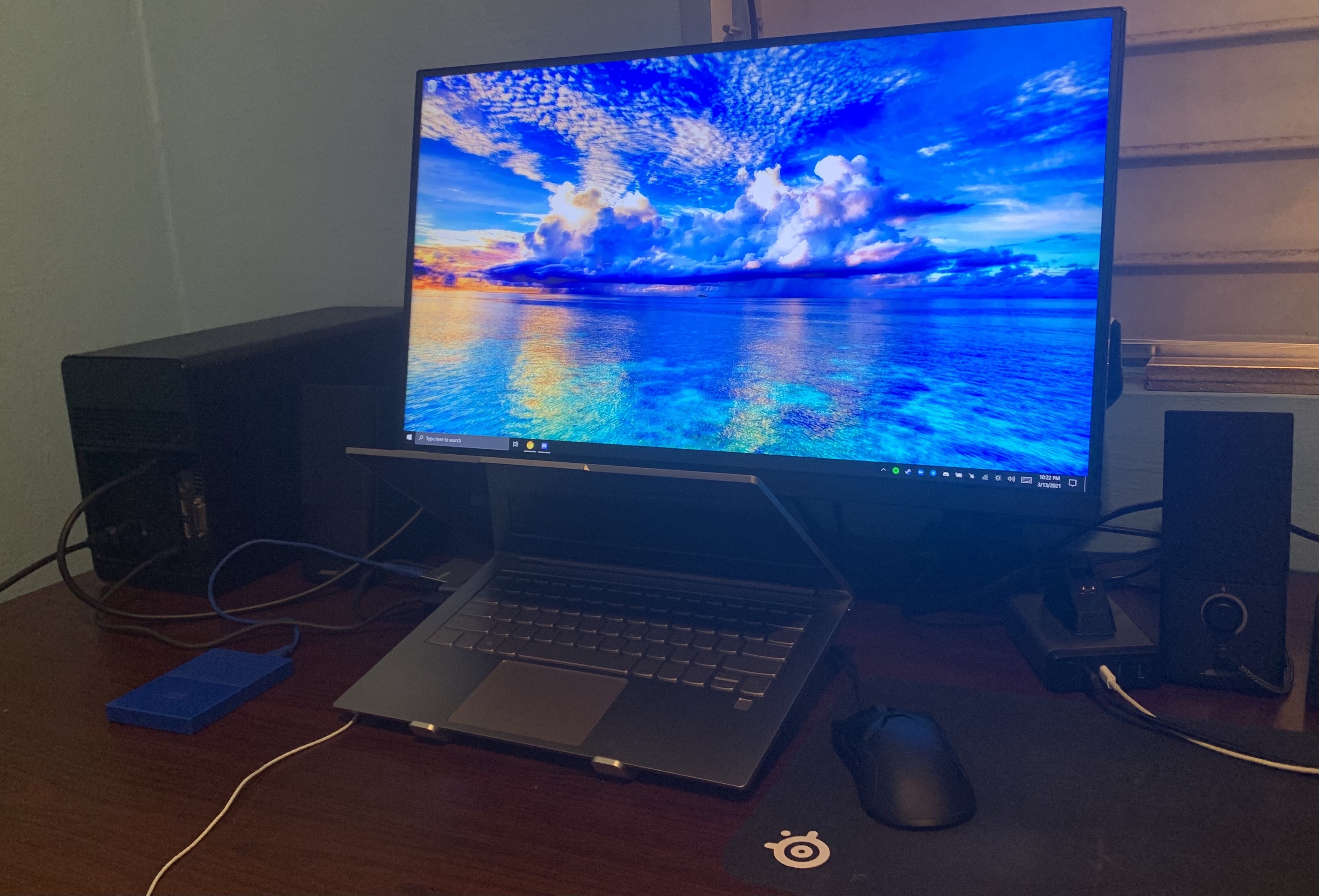 Benchmarks (All ran on external monitor)

This GPU was gifted by a friend in this GPU crisis for which I'm greatly appreciative. The performance expected on a 1440p 144Hz monitor I knew it wasn't going to blow me away, but matter of the fact is for games like Halo MCC/Doom 2016/Crysis 3 it did perform quite well for expectations and trouble-savings sake. Troubleshooting tho was a bit of a pain on my C940 14 with the Core X. First, GPU wasn't detected by the C940 no matter how many times I unplugged/restarted/reinstalled TB3 drivers. Turns out if was just that the Core X needed it's motherboard connector unplugged and re-plugged for a while (not the external PSU connecter btw). After that it finally got detected in Device Manager. However, performance was ok in some games, but in games like Doom Eternal it was pretty horrendous at first. That's when I decided to go to GPU-Z and noticed that it was only running in 1x lane:

instead of the 4x lanes eGPUs normally run at. Just needed to re-seat the GPU a couple of times inside the Core X making sure it was properly seated and finally got it to work at 4x. Now, onto my real nightmare, which was this. Had I seen this video the day I had gotten my entire setup together I would have saved countless hours trying to look for what was causing both my internal and external keyboards to lag so hard. After all of that troubleshooting (which took hours of Googling since I knew little about GPUs overall), now I could finally enjoy my setup. Everything in the Core X runs quiet while the C940 14 is a jet engine in max performance mode CPU wise as always. The only caveet being that for some reason Vulkan games actually performed relatively poorly for expected performance (Doom 2016 OpenGL = 130 FPS, Doom 2016 Vulkan = 80 FPS), whereas on my past laptop (which was an HP Spectre x360 15 with a 10750H w/ GTX 1650 Ti Max-Q) I got actual performance increases significantly there. Doom Eternal in some parts gives good FPS at some areas getting (72 FPS 1440P) while others not even at 1080p with res scaled did it stay stable at 60 FPS. Overall in all other games I tried tho, performance was honestly pretty solid apart from Vulkan. Apart from the troubleshooting issues at the beginning, the experience truly is plug in play, as no crashes are seen during games, no need to disable the iGPU on my part as well, and can even hot plug and un-plug if needed to without issues as well (tho sometimes a sign out to sign in is necessary to have all apps running on the eGPU, but that's only a minor setback). In conclusion, after having sold my Spectre 15 2020 (returned to HP due to some QC issues) and had almost lost all potential to game (Iris Plus is meh for gaming) until this week, feels good to come back after a 6 month heavy gaming hiatus.

Note: And yes, I do use my internal keyboard with no external one since I don't like any external one's currently in the market (chiclet > mechanical) and I'm an avid user of the C940's touchpad as well together with my Viper Ultimate