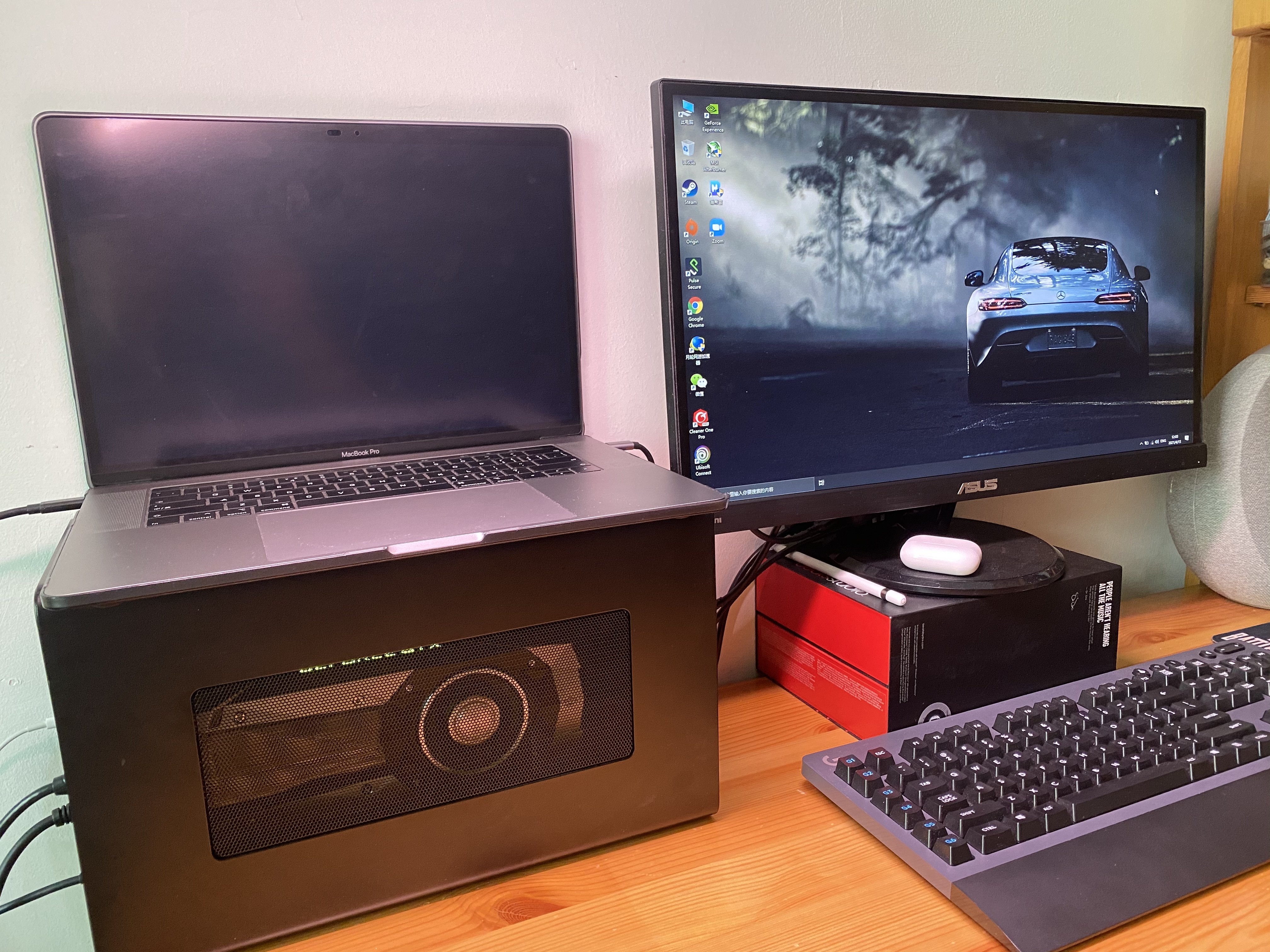 I have read plenty of threads before making the purchase so I reckon putting my case up here for anyone who needs the information. 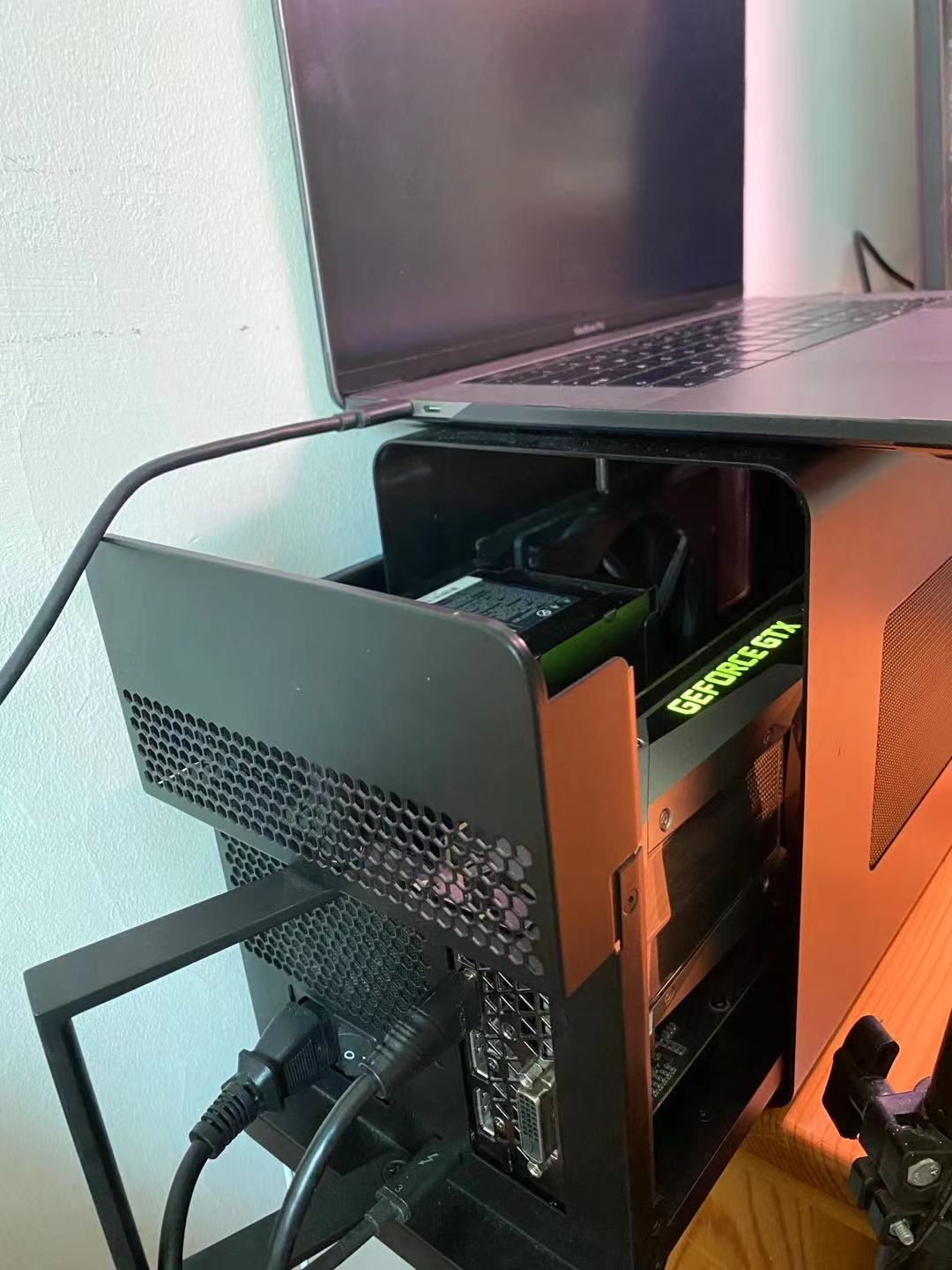 Pretty straight forward, plug the GPU into the PCIe slot, plug in the power connector, close the enclosure up and plug in the provided thunderbolt cable, here I have it in the left top port to better manage my cables, I've seen other people suggesting the port next to the headphone jack (top right), tested it and did not see a performance difference.

I have it plugged in before booting into windows,

go into settings, windows update, get the auto-downloaded older version of drivers for the GPU,

go on to Nvidia website and get the newest driver,

disable the Radeon card in device manager and turn off built-in retina display in settings for maximum performance.

(my eGPU was plugged in the whole time)

having MacOS as the primary boot drive makes your first login of windows not detecting the eGPU, rebooting again solves it

This setup is mainly for gaming, I'm also mining a bit of ethereum on it, hash rate at 28MH. I have it running for a couple days now and it's been great, yesterday windows auto downloaded a system update, I YOLOed it and let it reboot & install, no stability problems so far.

One thing worth mentioning is that CPU temp when playing games is higher than I like it. Usually in the 90s and some games could dip into 80s. I have my MacBook sitting on the core cuz I have a small desk, and giving it some breathing room between the vent and wall, thinking the fan in the core could suck in some of the hot air from the MacBook. I think I would get a re-paste for my MacBook sometime.

Also, it would drain the battery very slowly, like 20% per 24 hrs. Better than having it charged 100% all the time but I think I'll have to go back to MacOS to recharge it once a week.

I had experience with a thunderbolt 2 eGPU setup back in 2017, with an Akitio Thunder2 box, EVGA GTX 1060 6G itx card, and Mid-2015 13 inch MacBook Pro. It was a messy set up, requires 3 power cords to power everything and needs to manually reboot again and again every time for up to 30 mins just get it to post. I remember it being a faulty io controller on that specific model of MacBook, but I did not bother to find a fix for it. My friend with the exact box and card says it works okay on his 2014 13 inch. This set up with thunderbolt 3 is just a breeze.

Good luck with your build. 😀