The fan problem:
I purchased the AKiTiO Node and GTX 1080 Ti a few years ago but when I went to set things up there was a problem-- the card is so wide that the fans rubbed against the side of the node!  I ran it without the cover for a while but I hated having it like that, so back in the closet it went until last week when my main gaming machine died. I made a large cut-out in the GPU side of the enclosure and then bolted one of these over the hole with a few standoffs to make a bit more room.  It works like a charm and I dig the retro look.  It sits on the floor under my desk and looks like/doubles as a small furnace for warming my feet in these cold Chicago Winters.

The install:
Literally nothing to it.  I got windows fully patched and simply plugged things in.  I was prompted for a few restarts as the necessary drivers were installed, but that was it.

Benchmarks:
I ran a few but I'm waiting for my Noctura replacement fan to get in before I really tweak it and put it through it's paces.  If I remember I'll update the post. 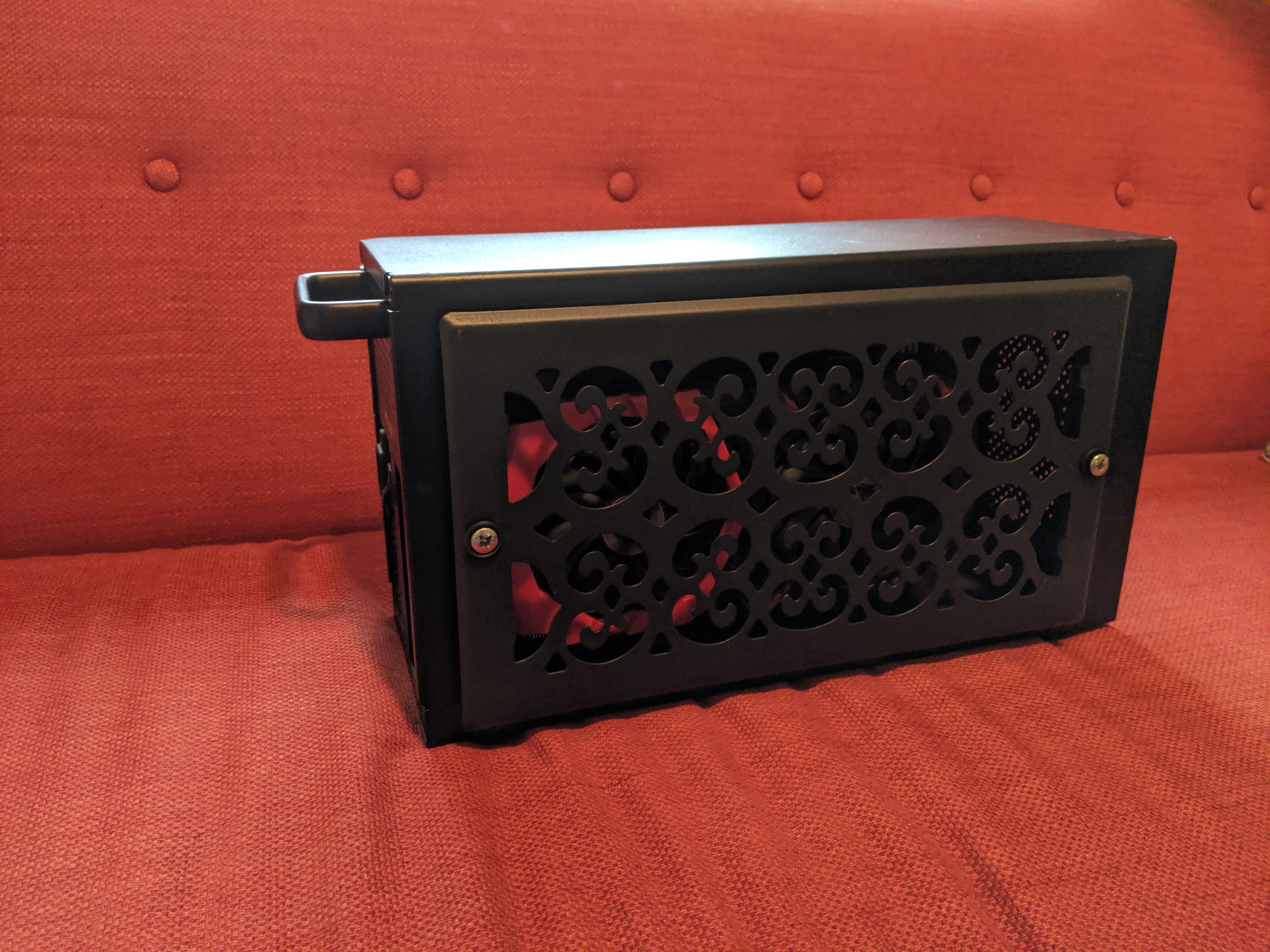 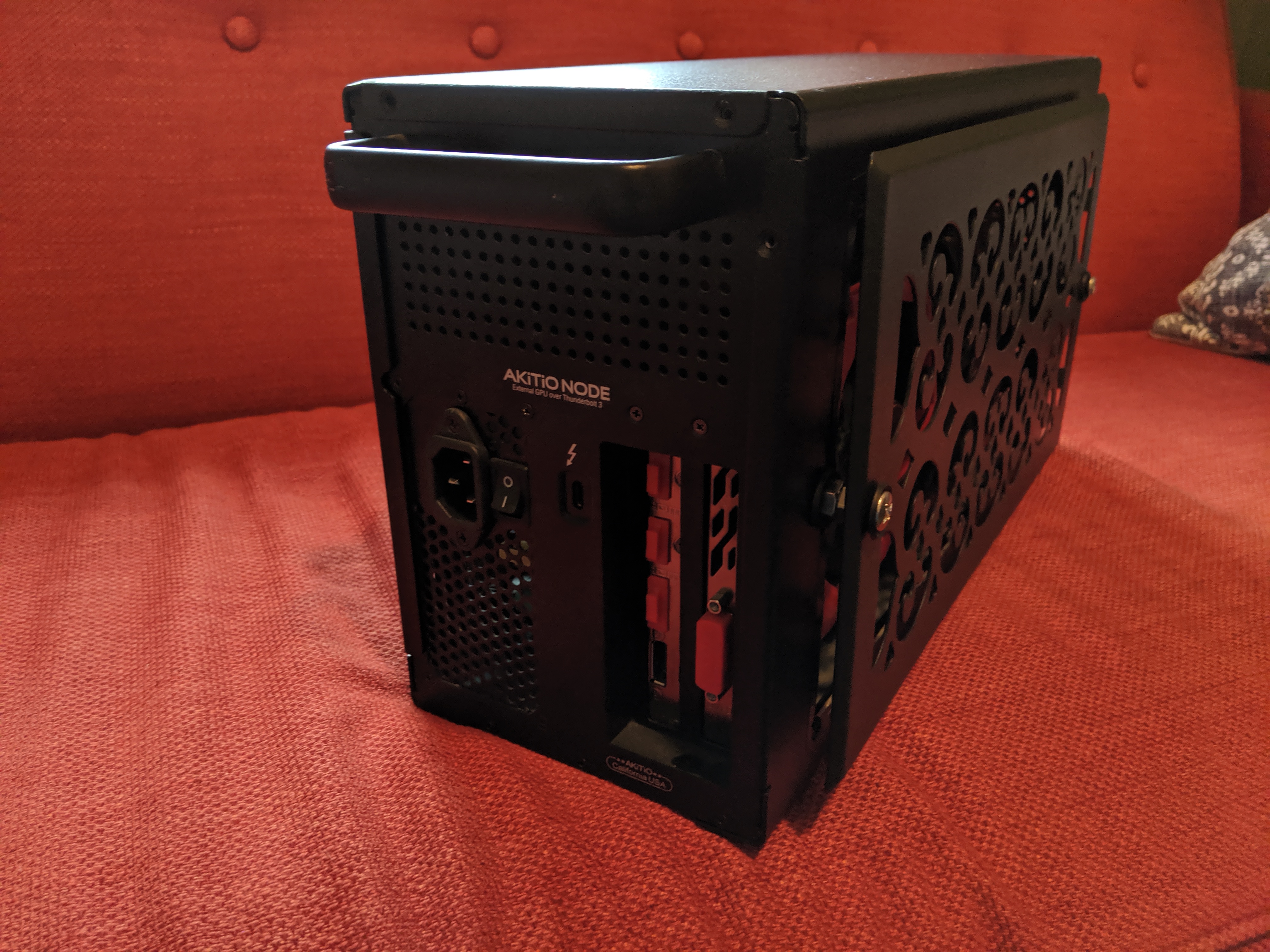 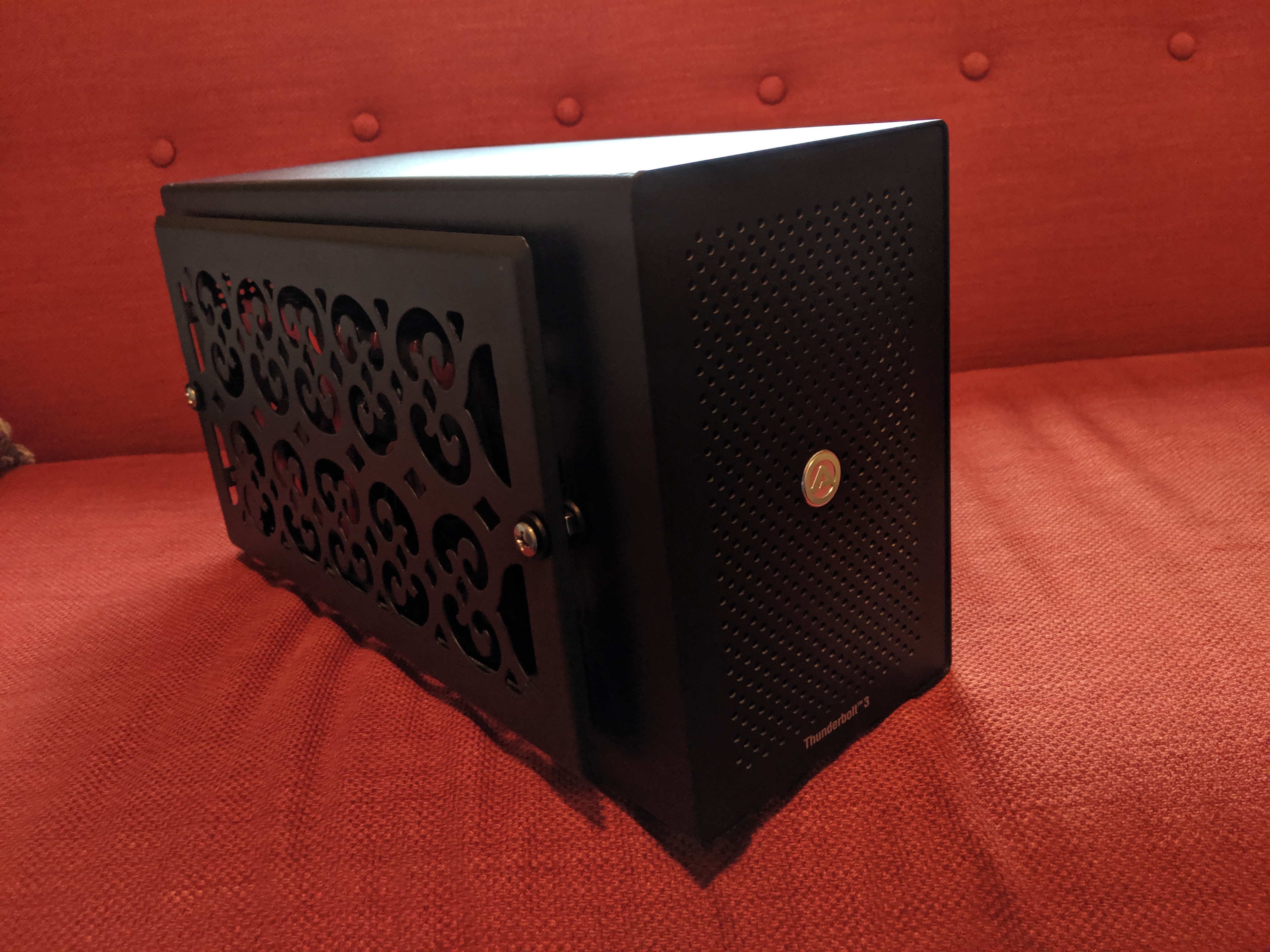 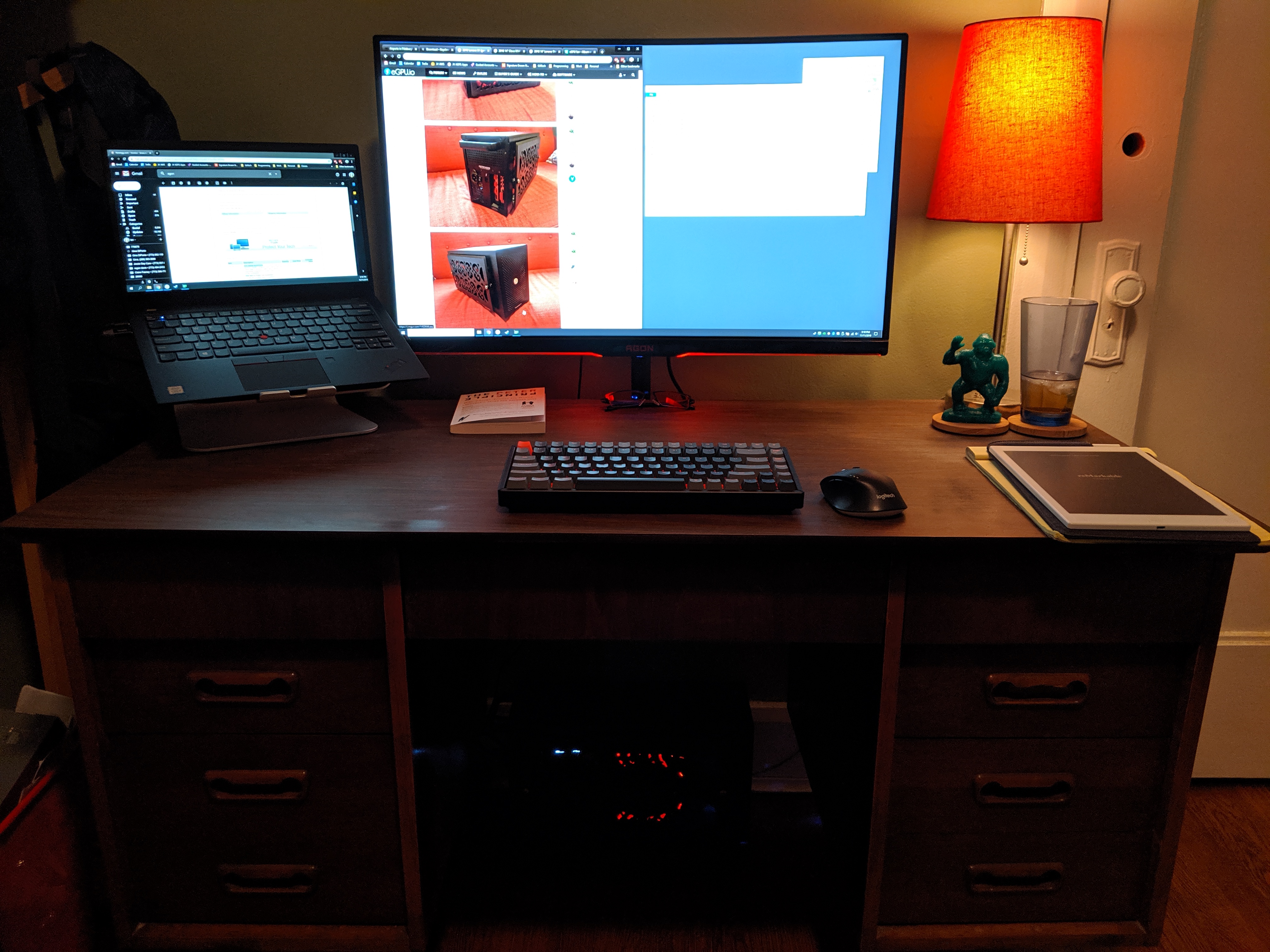 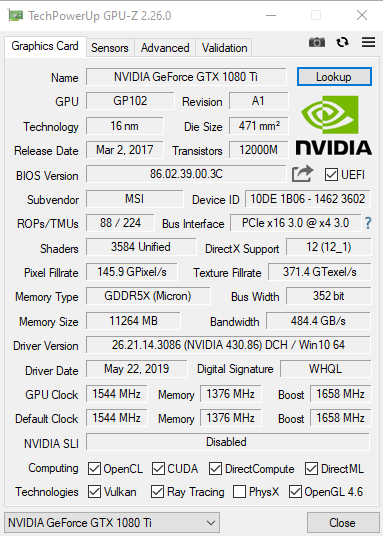 @_fizzbuzz_ What an excellent mod! Form and function never worked out so well!