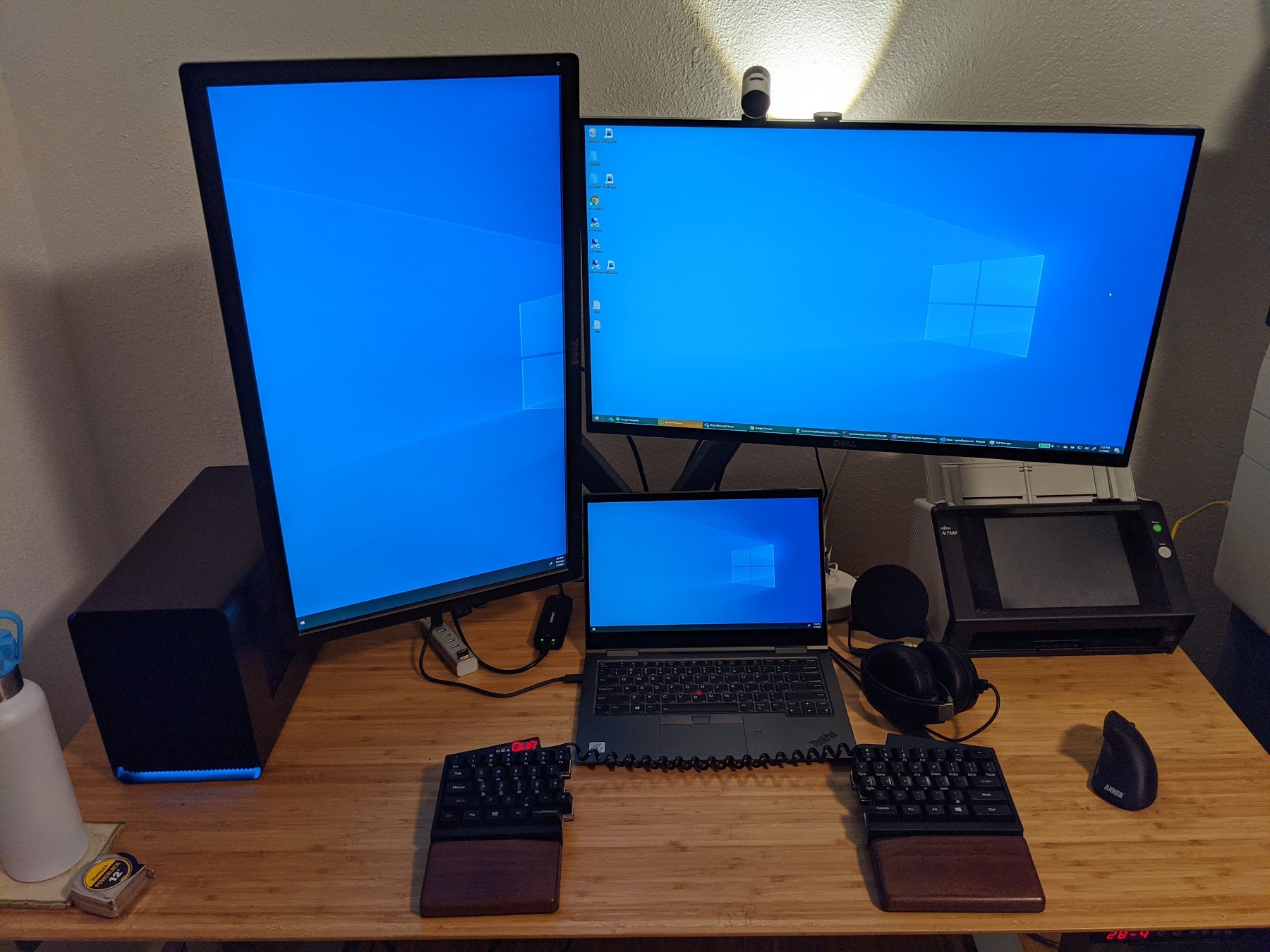 Prior testing with the built-in Intel UHD Graphics and the Lenovo Workstation Dock Gen 2:

With the Razer Core X Chroma and the NVIDIA GTX 1080:

The first time I fired up Destiny 2 to play (note: KBM plugged into Chroma) I noticed the keyboard would cut out and so did the mouse. I plugged in an Xbox gamepad and the same thing occurred. I realized I hadn't reboot after having enabled "Hardware-accelerated GPU scheduling". After this things had improved so I could game in Destiny 2 with no problems.

However when I tested Home Designer's 3d view I still ran into something similar where the mouse would effectivelyjust stop working when the window was in focus. It's like when your mouse gets some hair underneath it or the batteries run out and it just stops working in spurts. However if I plug the mouse directly into the laptop then I can reliably use the mouse just fine in HD's 3d view-- however this is less than ideal as I want a single-cable docking solution. Further complicating things there are times where when the mouse is plugged into the eGPU and Home Designer's 3d view is just fine with the mouse.

as far as I'm aware it is not recommended to use the USB-Ports on the Core X Chroma because the problems you mentioned are very common. The reason seems to be that the USB-Data goes over the same wire as the Data for the eGPU. So sometimes the Graphic data takes up all the bandwith leaving nothing for the USB devices. At least thats how I understood it. Maybe someone else can give a better explanation.

Edit: Thats also why newer Enclosures have two Thunderbolt controllers. One for the GPU and one for USB/Ethernet

@gerd_fuafsljfe, This enclosure does have two Thunderbolt controllers, just as you described. =) However I don't have information to refute what you say about overall bandwidth on the Thunderbolt cable maybe being a cause for mouse issues. I just know enough that it doesn't "smell" like the entire answer and that the problem demonstrated seems more like a driver-side issue somewhere along the long.

For instance a reasonable reason given is PCIe Sleep State Management putting the link to sleep so the idea is to configure it to always keep it on however that's not an option for Lenovo as they do not expose that setting in their driver set-- whether they manage that within their driver stack is unfortunately hidden from the user.

For what it's worth I've been playing games (Destiny 2) with a keyboard and mouse plugged into the eGPU's backside USB ports and the KBM actions have been fast and reliable, no missed keystrokes, lost mouse movements, etc.. As another test I plugged in a 1080p webcam into an Anker USB hub also plugged into the eGPU and let the camera on to record during gaming, with a window so I can observe its output-- no USB disconnects observed or other video issues aside from some minor video artifacting that could be due to the camera going bad).

At this point-- whether due to driver updates from either Microsoft, Lenovo, or other devices in the eGPU loop-- I currently have no unreliability issues. I'll update my original post to reflect this.