The installation went really well. I plugged the GTX in the EXP GDC dock and putted the 20 pin connector and the 4 pin for the CPU into the dock via the cable coming with the EXP GDC. I then connected the card to the power supply with a 8 pin and a 6 pin. Finally, I replaced my LAN card with the connector and plugged the HDMI cable into the Beast.

When I booted my laptop, the lights on the graphics card started. Because I had already made the setup with a GTX 970, I already had the drivers but they were outdated. I then updated my drivers in the device manager menu and after I restarted my computer, the graphics card showed error 43. I downloaded The error 43 patch and it worked. 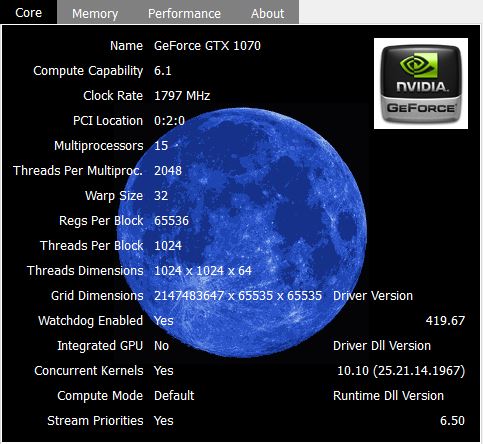 After 10 min I used the graphics card in a benchmark, I got a blue screen with VIDEO_TDR_FAILURE and it said that NVLDDMKM.SYS was the problem. When I booted again, the card showed error 43 again and I couldn’t make it work again. I restarted several time and fixed it to, but every time, I get a blue screen after I put some load on the GPU. Also, I wanted to test the GPU on an external monitor, but as I plug the HDMI cable in the 1070, I get the failure again, instantly.

EDIT : Everything is stable, except when I try to plug the power cable to my laptop. The 1070 crashes immediately when I put it under load in these conditions? Does anyone know what could cause this issue? Thank you.

Did you ever get this to work?

I have the same laptop as you for work and just got 2 Dell 49" ultrawides (one for home and one for the office). I cannot push the full resolution using the intel 5500, so I've been looking into eGPUs for it. Your post is the only relevant thing I've found so far. Everything else I've read says that it's not possible because the laptop doesnt have a PCI express card slot or thunderbolt...

I would love get some more information from you on this if possible. Any thing would be greatly appreciated!

It absolutely worked, but I had one issue; I couldn't charge my laptop while having the egpu on. However, I think it is only a ground problem since I was able to make it work just fine on other power outlets.

If you have any questions about how to make it work, I can absolutely help you.

That’s awesome! Thanks for the response. I’ll be sure to update this post once I start working on it.

Good luck, and don't forget to get the ngff version of the dock.  That is if you have the exact same laptop as I do. I recommend checking to be sure.

@az_san, I didnot try the WWAN HCA port, but I've done some research on it and from what I have found, it would not work. The connector is not the same as a+e ngff and I did not find a b ngff connector for a eGPU setup.

A 1050ti would not be as much a bottleneck for the cpu, but, as always, it depends on the games you are playing. For me, a 1070 wasn't that much bottlenecked, but I payed games which used the graphics card a lot, like the assassin's creed series.

for this laptop, I used the EXP GDC 8.5c that you can buy on AliExpress or any other reseller. Here is the link provided by the Egpu forum:  EXP GDC 8.5c

Don’t forget to get the NGFF key A/E version. (The one with the blue PCB).

You will then need a standard power supply with enough wattage for your graphics card.

With the graphics card, these are all the essential parts. However, if you want wifi while the eGPU is connected to the laptop, you will need an external adapter. Any USB dongle will work. And as for the performance, an other monitor or a tv would be preferable.

@rouzib, mate u actually reply thks mate  did u fix the power error?(u couldn't charge the laptop while the gpu on)