I wanted a laptop with integrated graphics for simplicity, battery life and cooler thermals but I wanted Thunderbolt 3 as to allow expansion.

I got the Razer Core X as it seems the best option. I struggled between Core X and Core X Chroma.

When I installed the card in the enclosure, I noticed some unpopulated header on the PCB. It looks very much like a USB 2.0 header. I wonder if the enclosure could provide USB 2.0 from the Type-C interface. That would allow to provide USB for mouse and keyboard without any impact on the Thunderbolt.

The installation was ok, nothing too hard. I tested a PCIe CAN Bus card. The PCI slot on the Core X require a 2 slot bracket. That single slot card was not secured correctly.

I picked the Core X for the power delivery of 100W, but my laptop does not really recognize it and warn about a 65W only power adapter. I would try to find 100W Type-C charge and test with the laptop before blaming the enclosure.

The PCIe connection worried me a bit as it advertise only 2.5GT/s PCIe Link Speed (HwInfo64).

This seems to come from the Thunderbolt 3 PCIe chain. Sometime it reports different links speed. 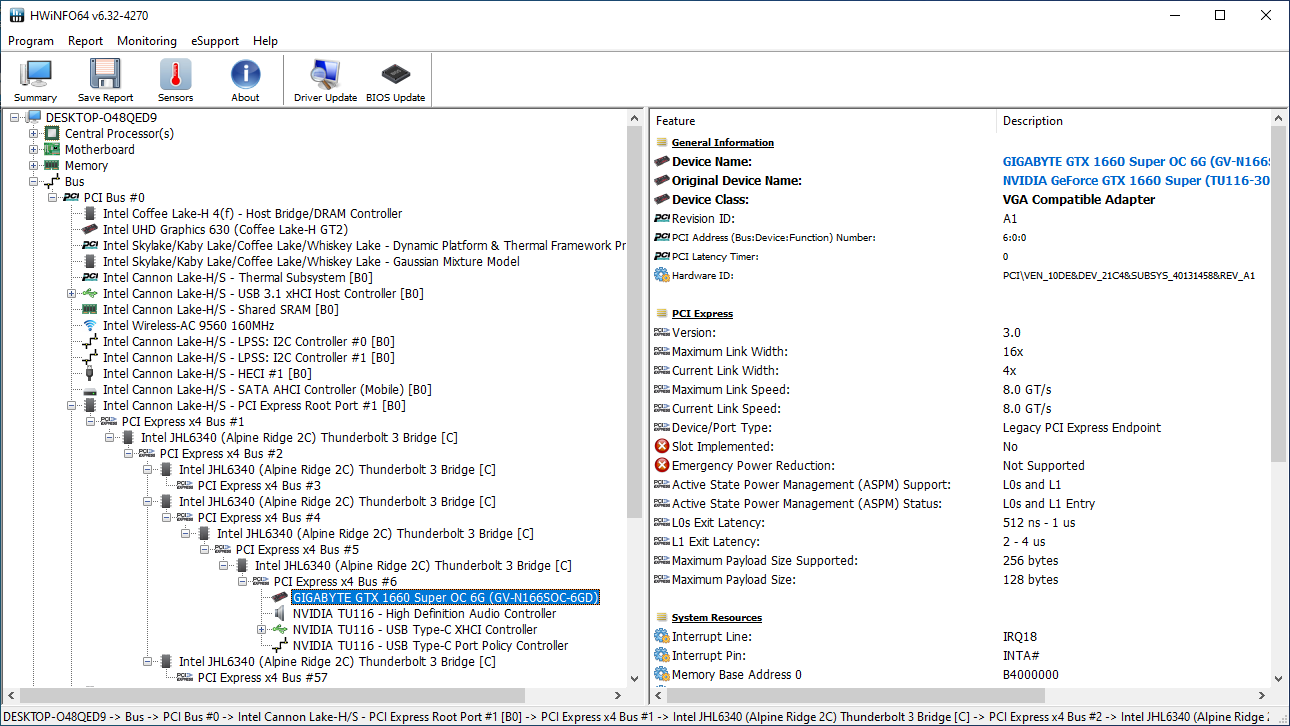 The laptop TB3 controller downstream port is only at 2.5 GT/s 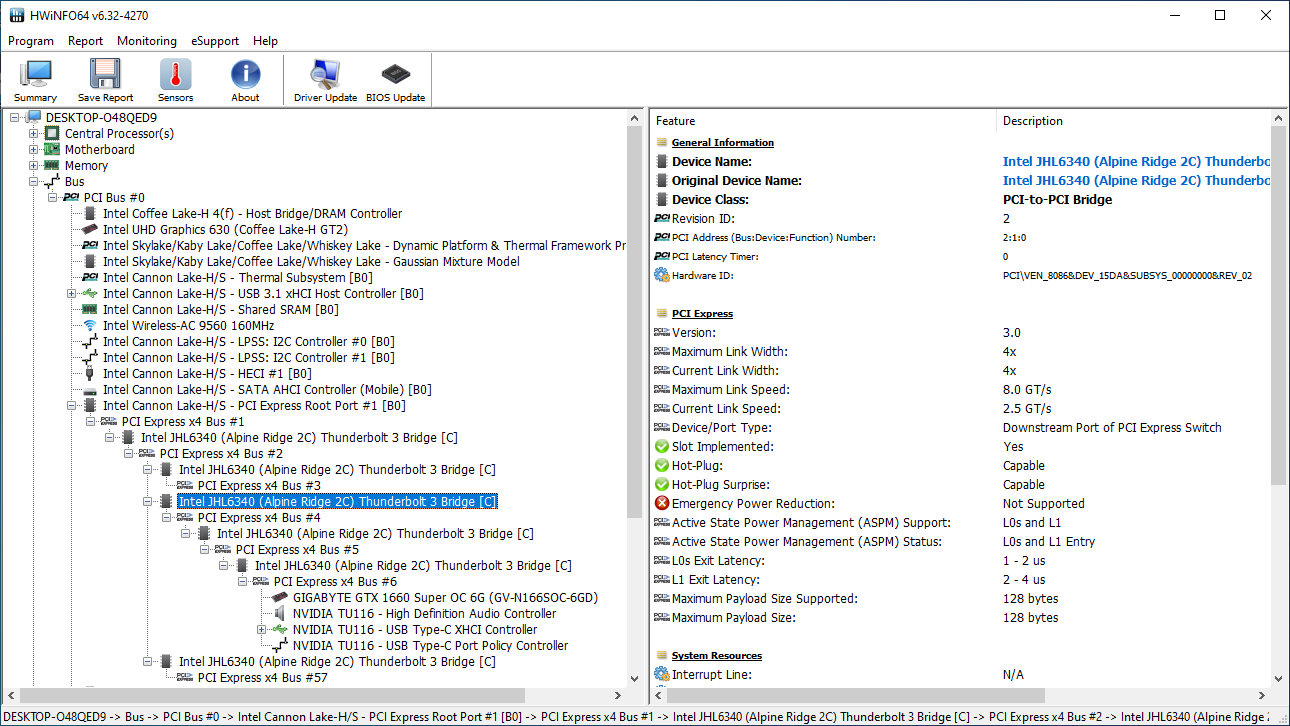 The eGPU upstream port is sometime at 8 GT/s. 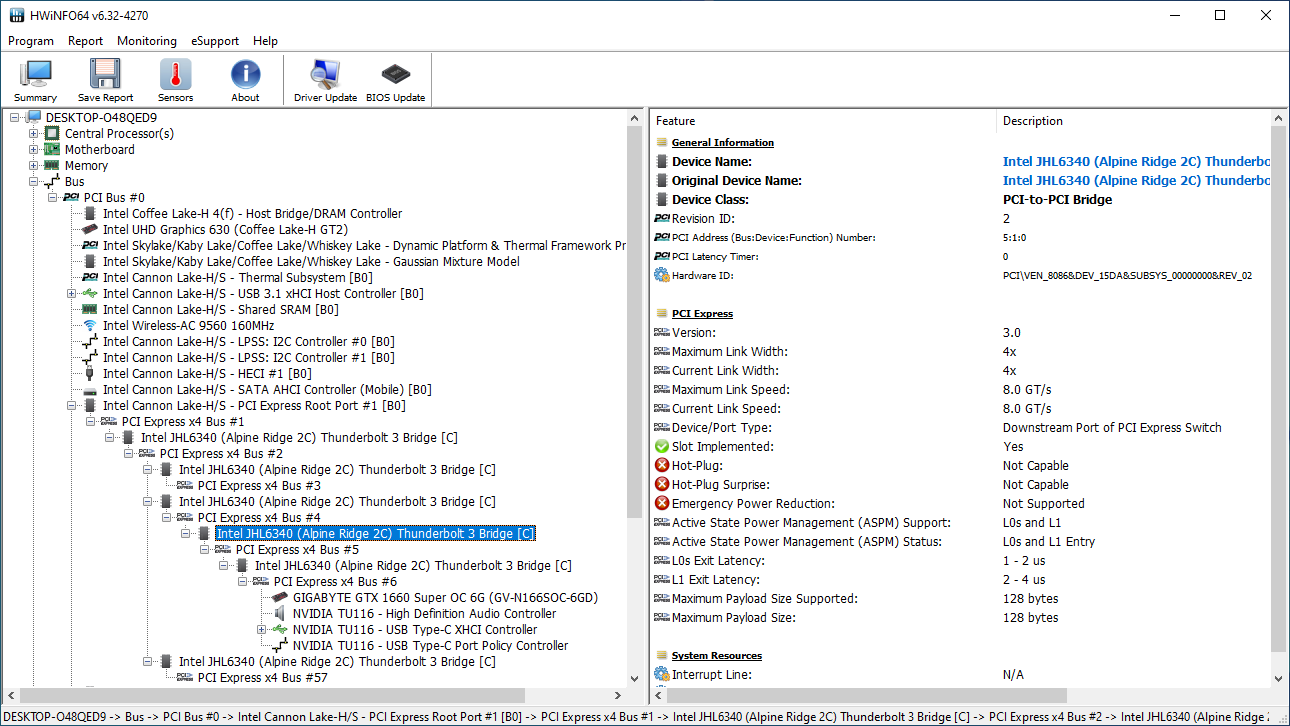 With that I was worried about transfer speed. I check with Cuda-Z 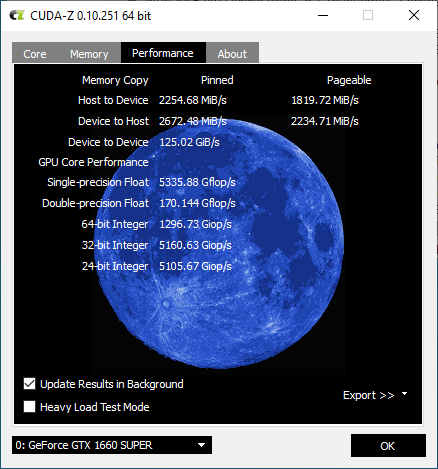 I was curious to compare with a full PCIe 16x slot from a desktop. I pulled numbers from a Dell XPS desktop with a GTX 1650.

HwInfo64 sill show weird PCIe link speed but the bandwidth is there. 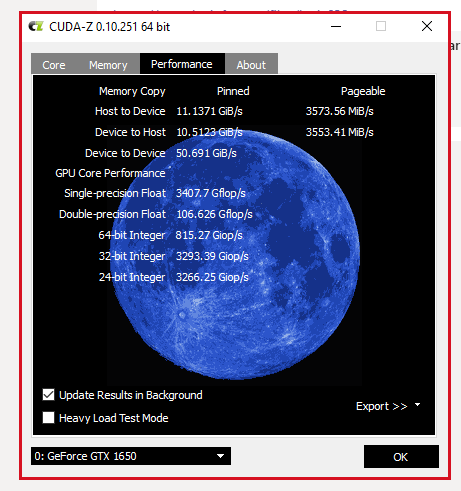 The difference is quite significant, a 5x bandwidth increase compare to TB3.

While getting screenshot and writing this post, my laptop froze twice while connected to the Razer Core X and video via the eGPU. This is concerning, perhaps something to do with Low-Power mode as I was not doing much.

Edit : Indeed low-power mode was an issue. I followed the following to solve it :

I tried to use the egpu under Linux. It seems to be a lot more work that I want to do right now. My Ubuntu failed to pass the loading screen into the login screen while the eGPU was present. May come around to it later.

Latest Post: What are those single slot GPUs which can fit into a 3 slot Razer Core X and have more computing power than a Vega 64? Our newest member: Michael Miller Recent Posts Unread Posts Tags