Hello everyone. I've decided to get a 13" Spectre for a test (how this ultrabook feels, screen, ergonomics, battery life etc.) - I'm considering getting 13" Spectre laptop with 8th Gen CPU for my eGPU setup once it will be available.

Everything was plug-n-play, eGPU are officially supported on this laptop. Thunderbolt 3 controller  (15D2) has 4 lanes.

I also noticed that maximum possible H2D value in CUDA-Z is slightly higher comparing to my ASUS UX501VW laptop implementation.

I've tested some games, due dual-core U CPU many or them were performing worse comparing to HQ CPU implementation. 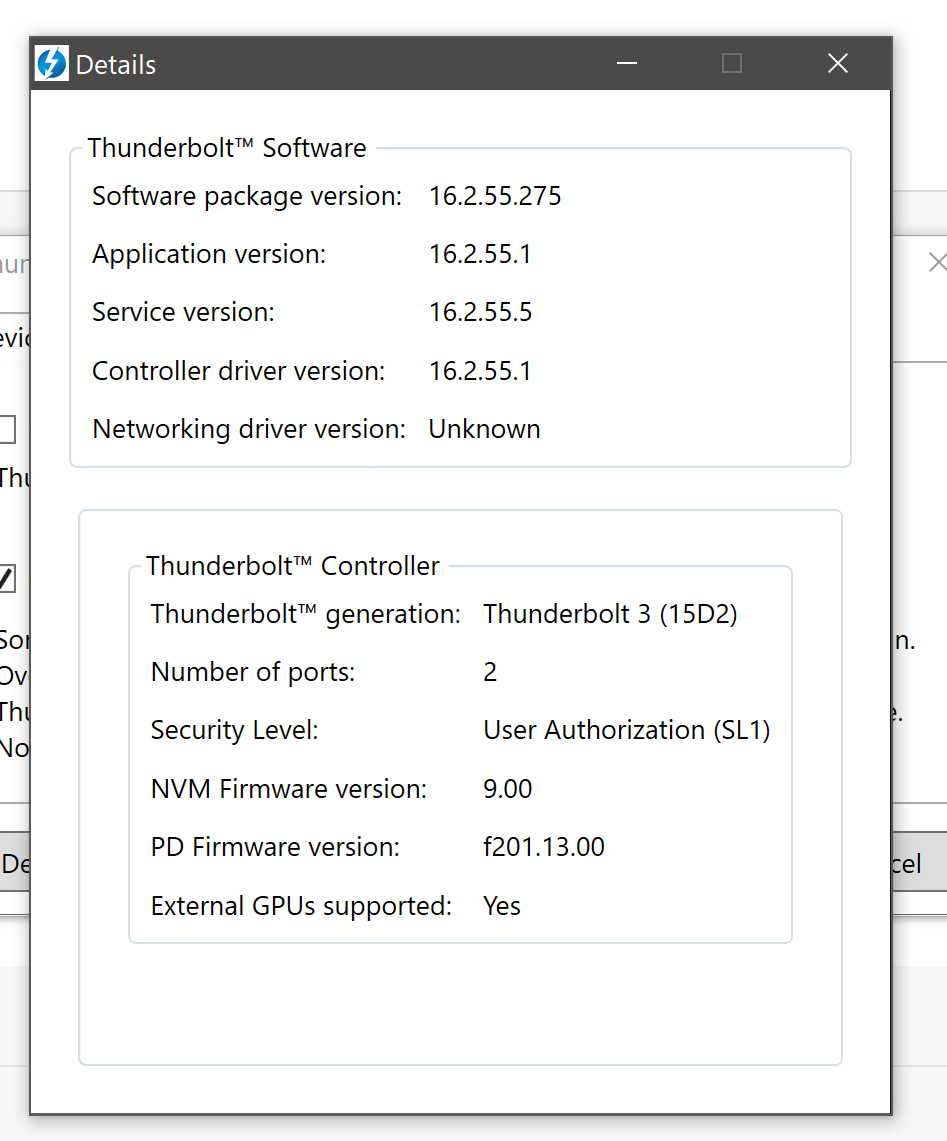 Hi, I have the same laptop as you except mine has an internal Nvidia 940mx. Would your setup still work?

It will work, but you will have slightly less bandwidth (some of the PCIe lanes are allocated to the 940MX). It's not the end of the world (it will still be better than a TB2 connection) but there is a downside to that 940MX in there unfortunately.

You can read more about tb3 2x link performance by looking into dell xps 15 topic here on forum.

Hi, thanks for the review. You mentioned that the Node doesn't charge the laptop. Since there are two Thunderbolt ports, can it be charged through one port and connected to the Node through the other at the same time?

I have the same laptop but I have hooked up the akitio node with a 1050ti and it does not detect it. Any advice?