My eGPU had been working fine for a little while, even after unplugging and plugging back in the M.2 cable. However, recently I have not been able to get it working at all (see comments section). I would appreciate any feedback on this matter. 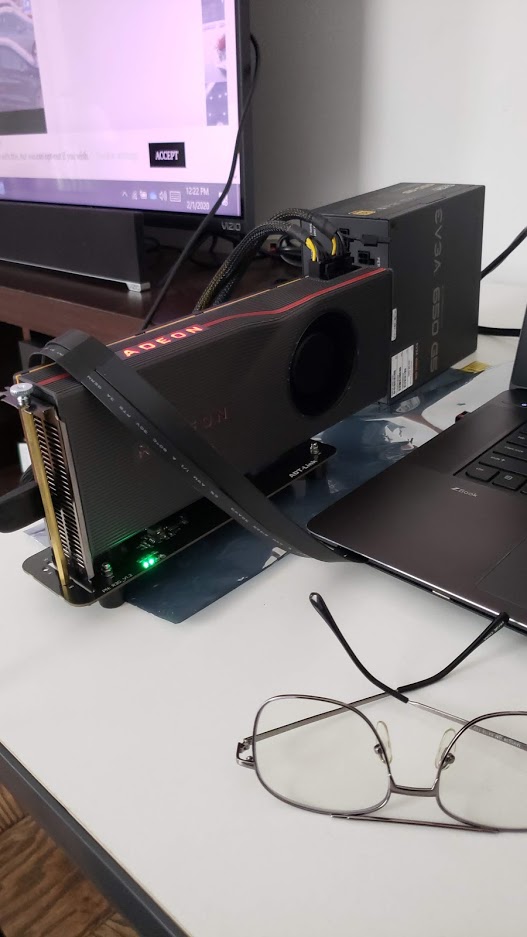 Do you have an M.2 drive to show that the M.2 slot still works?

Did you use an M.2 extender to save your M.2 slot from wear and tear?
https://www.amazon.ca/Hobbypower-NGFF-V2-0-Extender-Adapter/dp/B01CSB1ETE

Unfortunately, I do not have an extra M.2 drive. I'll keep an eye out on NVME deals and update the thread.

The R43SG already has what seems to be an M.2 wear protector. Is this what you mean? 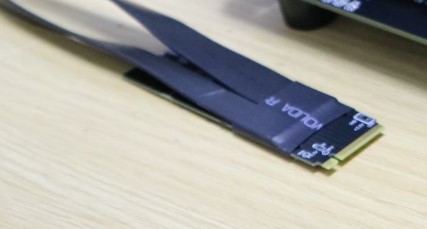 Funny enough, but I have G3 too, and mine eGPU stopped working today. It's like failing to detect Core X altogether, but instead, I get some strange USB device that I can now eject.

What I mean is, if you are going to remove or insert the R43SG often, then it might be better to insert it into an extender like the one that I linked. Leave the extender inside the laptop when you're not using the R43SG. If the M.2 slot is damage, you only need to replace the extender instead of the motherboard.

Hi I have a HP Zbook 17 G3. I am looking forward to connect a eGPU to my laptop. I did not yet get a chance to open the hood since i dont have a torx driver.  I think I have a PCIE NVME slot available with form factor M.2 with M key.

So should I order one of these items shown in the 4 different options links below to connect a eGPU to the available PCIE slot? Which one would you recommend? Please advise. Are there any alternatives for these items that can be purchased on amazon or bestbuy or walmart (any north american outet) that you are aware of? Your suggestions highly appreciated.

On amazon I am able to find the beast which I am not entirely sure if would work on a form factor M.2 with M key.

@ilovelamps , sounds like your previous PSU had better power filtering that prevented interfering with the PCIe signal. Consider reverting back to your old PSU.  Some tidbits on M.2 eGPU testing ZBooks/Elitebooks ...

Using 2x Dell DA-2 220W PSUs, a HP ZBook 15 Studio G5 with a ADT-Link R43SG. When combined with the JEYI Leidian NVME-to-TB3 adapter, attaching the eGPU to the TB3 port using either R43SG board allows detection.

On that ZBook, the R43SG J1 jumper needs to be removed to enable PERST# on the ZBook or else just get a black bootup screen and a flashing CAPS keyboard LED.

Previous testing of a HP Elitebook 840 G5 allowed GTX 1080 Ti detection but the addition of a m.2 protect board prevented detection. The Elitebook didn't require the PERST# delay jumper.

These HP systems differs to my Dell Precision 7510 which allowed detection with or without the m.2 protect board.

1. The Elitebook/ZBooks M.2 slot appear very sensitive to signal quality. Is their M.2 slot far away from the PCH chip or their circuit traces are not as good at EMI standards as Dell?

2. Suggest test using higher quality (ie: expensive) PSUs with better power filtering [I don't have one to confirm] and other GPUs as their impedance will differ slightly that also affect signal integrity. You might get detection with a different card.

Given above experience with the better ADT-Link R43SG, that EXP GDC would most likely prevent eGPU detection on these highly strung Elitebook/ZBooks. The ADT-Link R43SG is the best M.2 adapter to attempt a M.2 eGPU with.

@nando4, Thanks a lot for the details. The link for ADT-Link R43SG shows PCIe3.0 x4. I belive we need the PCIe3.0 x16 correct for the latest graphic cards? Please advise.

@legendofall, graphics cards have always been able to run at x1, x2, x4, x8, x16. More is better but the relationship is far from linear (the work is done in the GPU, not in the PCIe connection).

@nando4, thank you for that detailed response!

Now, I have a different problem with my setup. I had been succesfully running my 5700xt eGPU using the R43SG + Wavelink UTE02 for a while. I had even overclocked it and increased the max power draw on it using the Radeon Software.

Suddenly, one day, my eGPU started crashing anytime I tried to run a game or even any of the benchmarks on MSI Kombustor. For example, as soon as any benchmark finished loading and was about to run, the TV would go blank. The GPU does not crash when I'm doing other things like watching youtube.

The fact that I overclocked the eGPU makes me think that the GPU is faulty. However, sometimes I hear the click of the PSU turning on/off when it crashes so it might be the PSU as well. There's also the R43SG, Wavlink UTE02, and the thunderbolt connector on my Zbook studio G3 that could be the issue.

Have you encountered a problem like this? Any tips on how I can solve this problem would be appreciated.