I followed the included manual to install my graphics card into the Accelerator. After I installed the drivers (listed in the online manual) it was plug and play. I plugged in the accelerator, restarted the Matebook, and it was working. 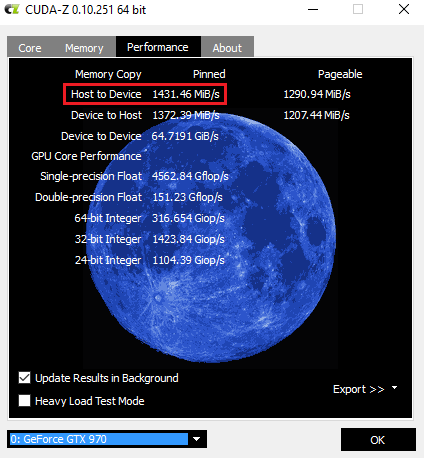 In the beginning I had an issue with there being severe input lag for USB devices plugged into the Omen Accelerator, but I fixed this.

I went to Control Panel > Hardware and Sound > Power Options > Change plan settings > Change advanced power settings > PCI Express > Link State Power Management
I then switched "Plugged in" from "Maximum power savings" to "Off"
I also switched turned off "USB selective suspend setting" under "USB settings" but I think it was the PCI Express settings that fixed it.

BTW, have you tried (or needed to try) Intel XTU or Throttlestop?

Can you give me some ideas about the general fan noise and temperatures while gaming with the MX150? With the eGPU?

Did your tweaks in the other thread completely eliminate the lag with peripherals plugged into the Omen?

Have you tried an SSD in the Omen yet? If so, how did it work?

Are there any other weird gotchas or tweaks you've had to make to improve the usability of things?

Btw, I've got the CableMatters Active 2 meter TB3 cable from Amazon so that I can put the Omen on the floor. I'll let you know how that works once everything has arrived.

Glad it was helpful! I'm not familiar with Intel XTU or Throttlestop, so no, I haven't tried those. I monitor the CPU usage while gaming though, and it's never close to 100%.

The laptop can definitely get hot when gaming, whether with the MX150 or eGPU. The fan noise is noticable if you are sitting right next to it without headphones on, but if I have headphones on, I can't hear it even when I'm a foot away. I don't have a scientific way of measuring it though.

Yes, after I applied the tweaks to the power management settings, I have not had any issues with USB devices. Someone else has mentioned that they've still had USB disconnect problems, but I haven't had that.

I haven't tried an SSD yet. I still have ~300gb left on the Matebook so I'll stick with that for now.

I can't think of any other weird tweaks I've made at the moment, if there were any... The only thing is that I wanted to be able to use my headphones via USB so I wouldn't have to plug them into the laptop each time, so I got an adapter for that.

Definitely let me know about the 2 meter cable. I've heard that there can be severe performance drop over longer cables, so I'll be interested to see if it works.

I have thought about getting a matebook +razer core for way too long now, what im a bit afraid of is the limited 16GB TB3 port (its a 2 lane port) can you make any statements about the performance (/drop) you experience? would you be willing to post a reference benchmarkscore using the MX150 instead of the eGPU? Do you notice bandwidth limitations, or a further performance drop when using peripherals in with the eGPU?
I assume you are using an external monitor, is that 1080p 1440p or even some ultrawide?
Whats your take on using way higher end GPUs, talking 1080Ti level or even 1180 - what do you think how this would work out with the CPU? you said its never close to 100% for you atm?
Are you using the laptop itself or also an external keyboard while putting the laptop upright?
Thanks a lot for posting this!

Finally I find someone running a setup similar to me.

Sorry for the potentially dumb question, but did you make sure your enclosure is plugged into the correct usb-c port?

I have a Matebook X Pro as well (but using a Razer Core X as my enclosure). It took me a good 5-10min to realize that only one of the 2 usb-c ports is TB3-enabled.

I have a Matebook X Pro and am looking at getting an external GPU (probably the Sonnet Breakaway Puck). I have concerns about the performance on the built in screen. I use my laptop for gaming while reclining in bed due to a neck injury so external monitors are less of an option for me. I know that the egpu performance can be reduced using the built in display, but by how much?

I'm trying to decide which egpu to get, whether to get one, and even whether I should be looking at other laptop options instead of or in addition to this one. It's hard to find an egpu I can casually test with at a store or even on craigslist in the Seattle area.

I recently tested my Matebook X pro i7 (with mx150 dgpu) with a sonnet breakaway puck rx 570. Due to unexpected financial circumstances I returned the breakaway puck within the 30 day return period, so I don't have detailed benchmarks. I will say that 3d firestrike score was similar to a gtx 1050 mobile at around 6000 for firestrike graphics which worked out to 30 frames per second while running the test. This was on the built in screen.

This was considerably better than the mx150 running the same test, as one would expect. Unfortunately it was lower than one might hope from an RX 570.

I went with the default settings for the firestrike test.  Your results will probably be better on an external display plugged into the egpu.

I'm keeping the Matebook because my particular gaming needs are somewhere between an mx150 and a gtx 1050 mobile (I play a lot of strategy games).

However I will look for opportunities to upgrade in the future to a similar laptop with 4 lanes pcie implementation so that if/when I pick up another egpu I can make better use of its capabilities.

Just curious for anyone running this box, do you have issues with the egpu starting up from just plugging the TB3 in the laptop?
I bought the Gigibyte RX580 and only way to start the EGPU was having to restart the laptop and it was really loud and glitchy if the laptop went to sleep.