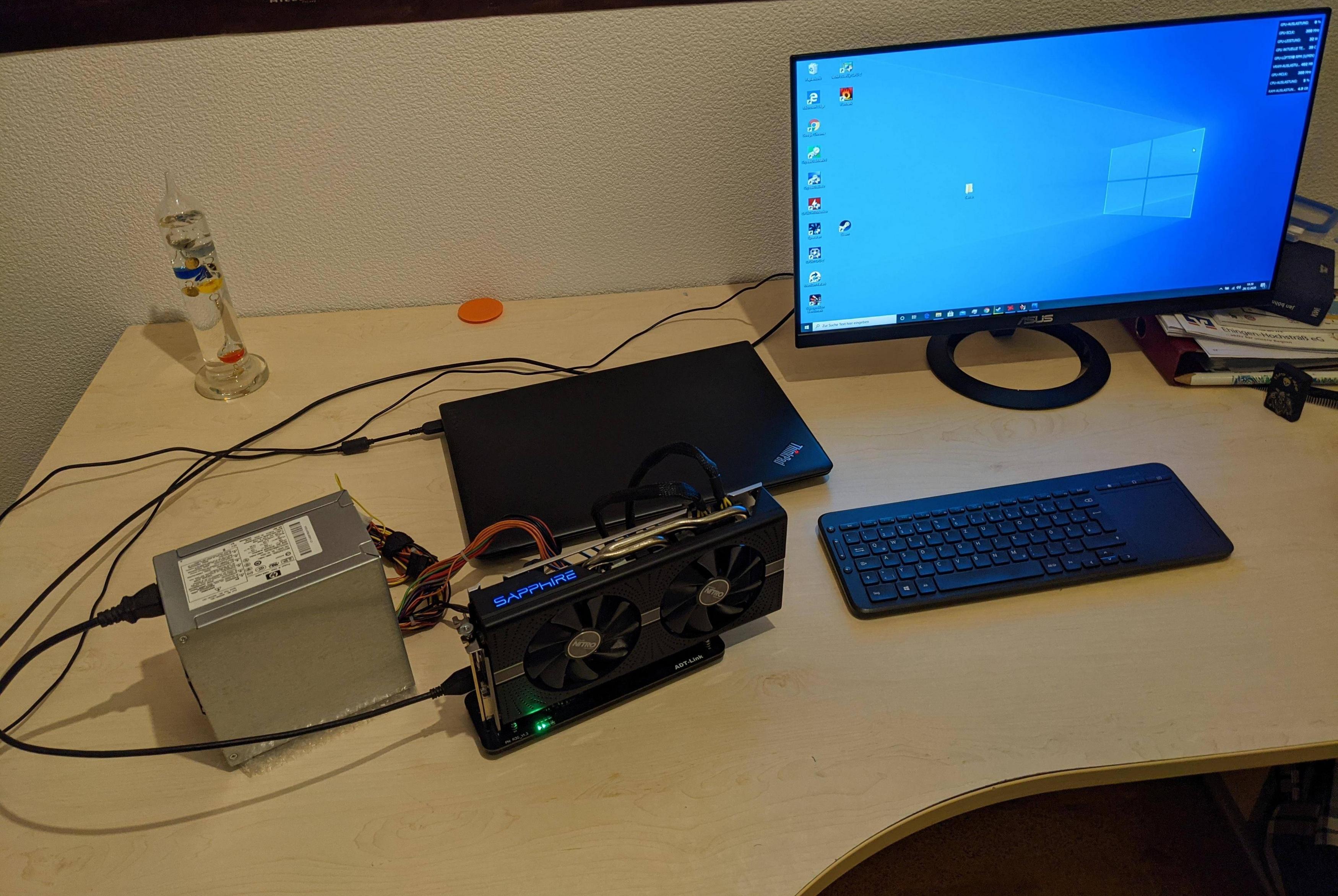 Before any installation, make sure to unplug your power cord and remove the laptop battery. After installing everything, you can plug them back in.

Plug in all the cables and install GPU:

Plug in the m.2 cable from the R43SG adapter

The whole system now looks like this with all cables in place (old setup with ATX PSU): 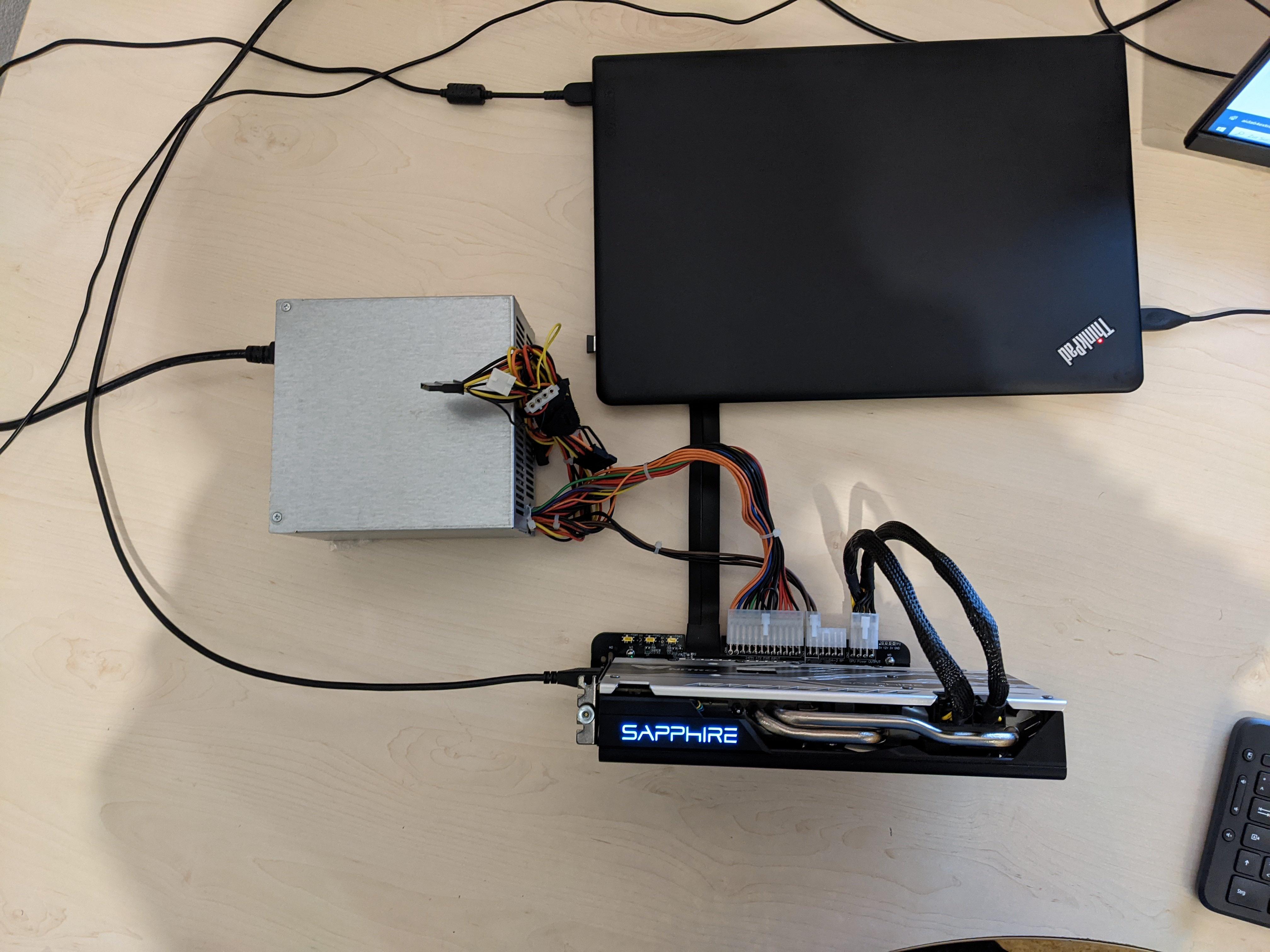 Plug in power cord and battery and start the system

Done! This system works pretty much plug and play!

All benchmarks are performed with an external monitor plugged into the GPU, and the lid closed. 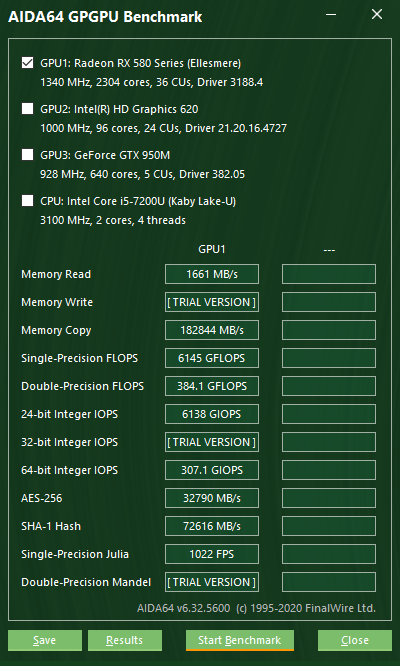 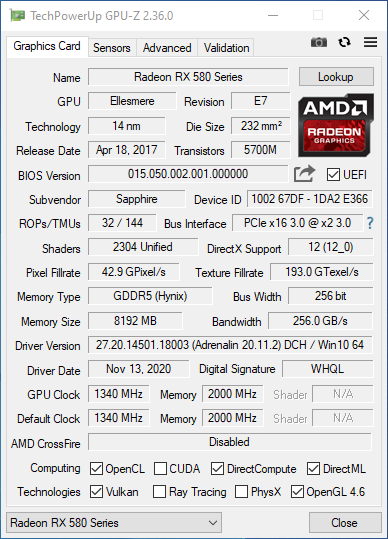 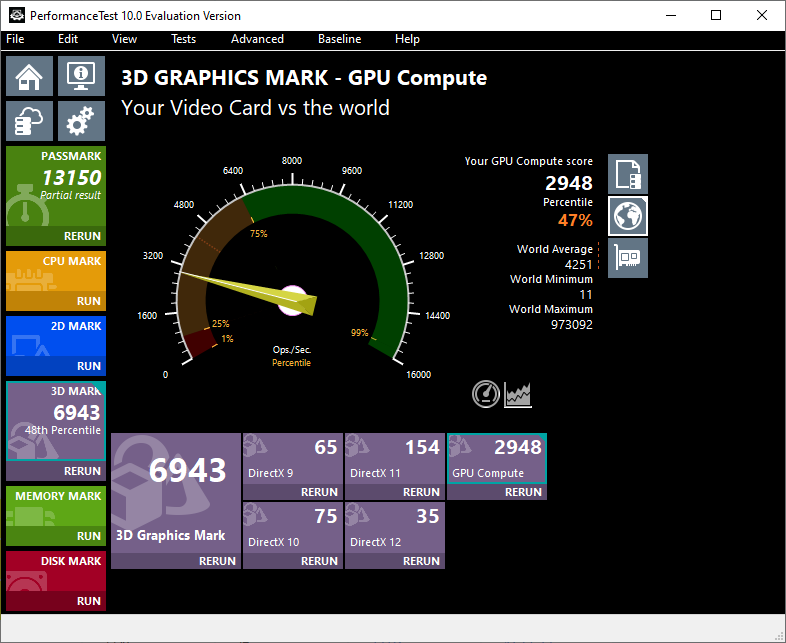 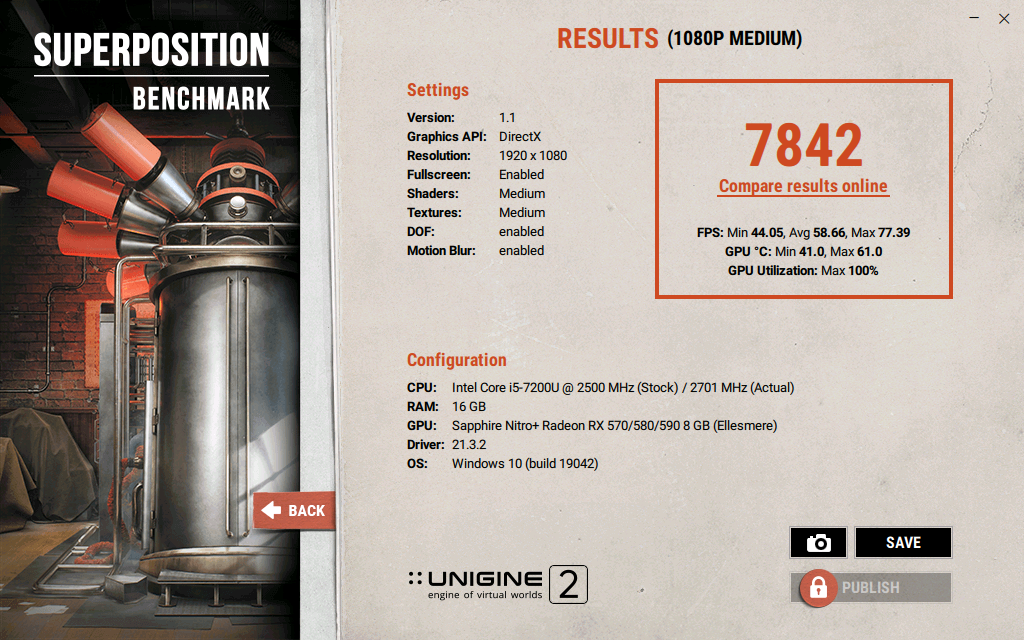 Userbenchmark The GPU performs exactly as expected, despite being used as an eGPU. (GPU score: 56.6%, average for this specific card: 56 ±3%)

I use my laptop with the lid closed, and with an external monitor to force the laptop to use the external GPU. When the lid was open, and I would start benchmarks, it would try to run them on the laptop's dGPU.

This is just the current state - which I created to see if it works and play some games. I do have several upgrades in mind for the near future:

I've gained a lot of information from this forum, and I managed to build my own eGPU setup. As there's only one other Lenovo E-(Edge)series laptop on here, I thought it might be helpful for others who have one of this product line too.

While my laptop is more uncommon than common, my graphics card is very common. The R43SG was the enclosure/adapter of my choice because, contrary to the EXP GDC Beast, it uses (if I understand correctly) the 12V lines from the 24-pin, as well as from the CPU-Power 4-pin from ATX power supplies, and reroutes them to two 6-/8-Pin cables, which you can plug into the graphics card. That way you can use old PSUs which are powerful enough, but don't have enough 6-/8-pin cables, which is the case for mine (only one 6-Pin cable, but the RX580 requires one 8-pin and one 6-pin). Also, it features a dedicated 8-pin port for a 220W Dell power brick (Dell DA-2 220W) which allows for an even smaller overall form factor and one less fan running.

I hope this post can help. I'll keep it updated with all new benchmarks and pictures/mods I make. Let me know if anything is wrong or if you have any questions or want other benchmarks

After one noisy Dell DA-2 I have received a replacement unit, which operates silently. Now the setup is even more quiet and takes up less space, since the PSU can just rest on the ground.

@golden_alchemist, Cool your setup. Thanks for your build.

Latest Post: AORUS Gaming Box: What GPUs do work, and which ones do not? Our newest member: Rachid Abderrahmane Recent Posts Unread Posts Tags