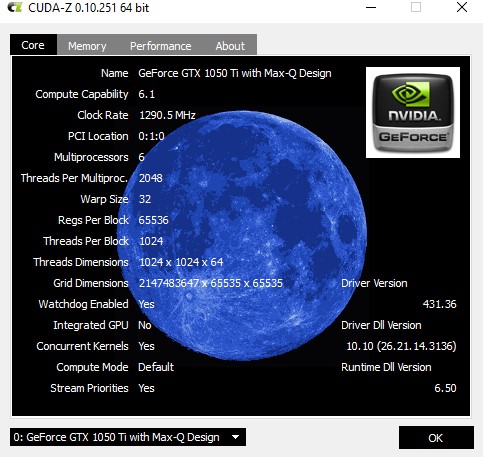 Initially I used the Radeon r280, however had serious issues with swapping between the eGPU & the internal GTX 1050Ti dGPU. Once I swapped to the GTX 960 everything was much easier.

When installing it was mostly plug & play, but first you need to uninstall all drivers using DDU, turn of Windows automatic driver updates and reboot with the eGPU plugged in. Windows Device Mgr will show the 3 (Integrated/Discrete/External) GPU’s as unknown devices or something. All you need to do is install the latest driver from Nvidia. For me that was the GTX 1050Ti driver. I can plug the cable in/out while hot and the eGPU will connect and work.

I have added thermal pads to the PCH chip to help cool, you can see it in the photos. My temps are the same now as others have shown (thanks Itsage)

I still have the occasional quirks however and would appreciate any tips
- eGPU will occasionally not connect at boot. Reboot usually fixes, sometimes it takes 2 or even 3 reboots. Once fixed the Razer software suite will try and install (like it is the first time plugging in)
- Keyboard will sometimes not connect (LED & headphones OK). Reboot fixes
- Bumping laptop can disconnect eGPU. It’s irregular, I can wiggle the cable, no problem. But sometimes I bump the laptop and boom, everything disconnects ☹

Overall, I’m almost at my ideal set up. I don’t play demanding games so the GTX960 is good enough for now- what was most important to me is being able to pick up the laptop and go and have my home desktop-like experience come with me.

The only things that bother me are the general finnicky nature of TB3. It feels unreliable and is a real pain to diagnose as there can be so many points of failure. The Razer Core X Chroma also has this stupid power supply which will leave the fan running so long as the TB3 cable is connected (even if laptop powered off). My set up is in my room so the noise isn’t tolerable, so I turn it off at the wall overnight.

The X1 Extreme is great, I have had no problem charging via the TB3 cable as user prasys did. It’s got some issues with thermals but overall is what I was looking for.

This topic was modified 6 months ago

I'm curious. With the bottleneck of TB3, why would you go with a card that's just marginally better than the internal card? I also have a GTX 1050 built-in to my Lenovo Yoga 730, but bought a RTX 2060 for my Core X Chroma.
Can both internal and external graphics cards work at the same time?

@charlbarl An often overlooked benefit of adding an eGPU is thermal management. By not using the GTX 1050 dGPU, the X1 Extreme‘s cooling system only has to cool the CPU. It’s likely running cooler and quieter compared to both CPU & dGPU going at the same time. For some the one-cable docking is a very nice convenience. Plugging a single Thunderbolt 3 cable when docked allows charging, expansion ports, and eGPU to power external monitor.

I see! Overlooked indeed, but that makes a lot of sense.
I haven't received my eGPU enclosure yet, but I am very excited just about its one-cable dock function.
Thanks for the input!

As usual itsage has the right of it, my cpu runs much cooler without sharing a heatsink with a hot GPU.

The real reason though is just that i had the 960 lying around from an old build. I will upgrade to the 5700 XT when I see a good deal. My primary goal was to have a 1 plug setup with 100W of power delivery and solid upgradability

That makes sense too! I was kind of shocked at how expensive enclosure are when I first looked into eGPUs so waiting for a good GPU deal is reasonable.
I'm kinda bummed, my Yoga 730 doesn't charge over USB-C so I'll have a two-cable dock-- charger and TB3 to the Core X Chroma.
Thanks for the input!