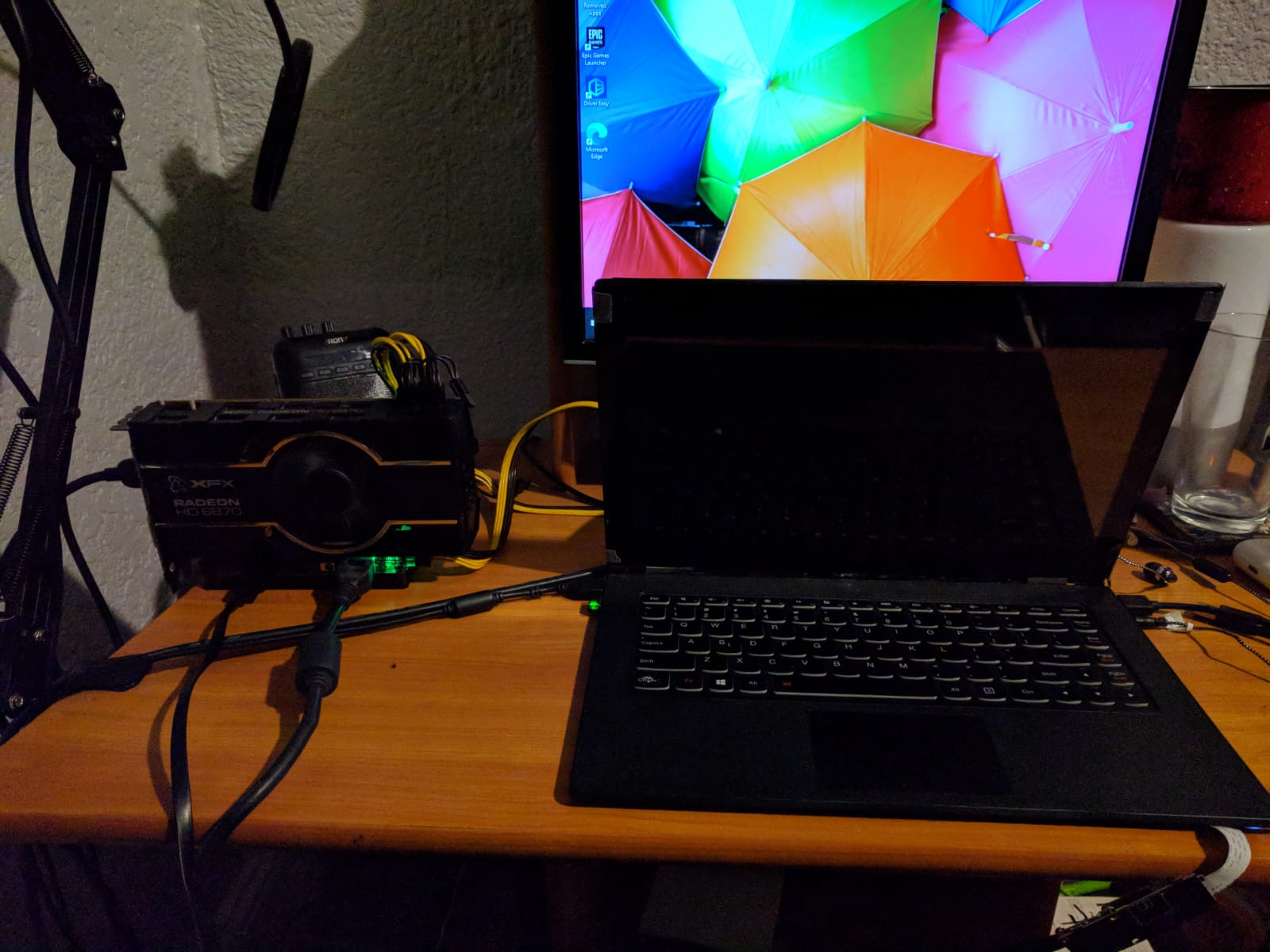 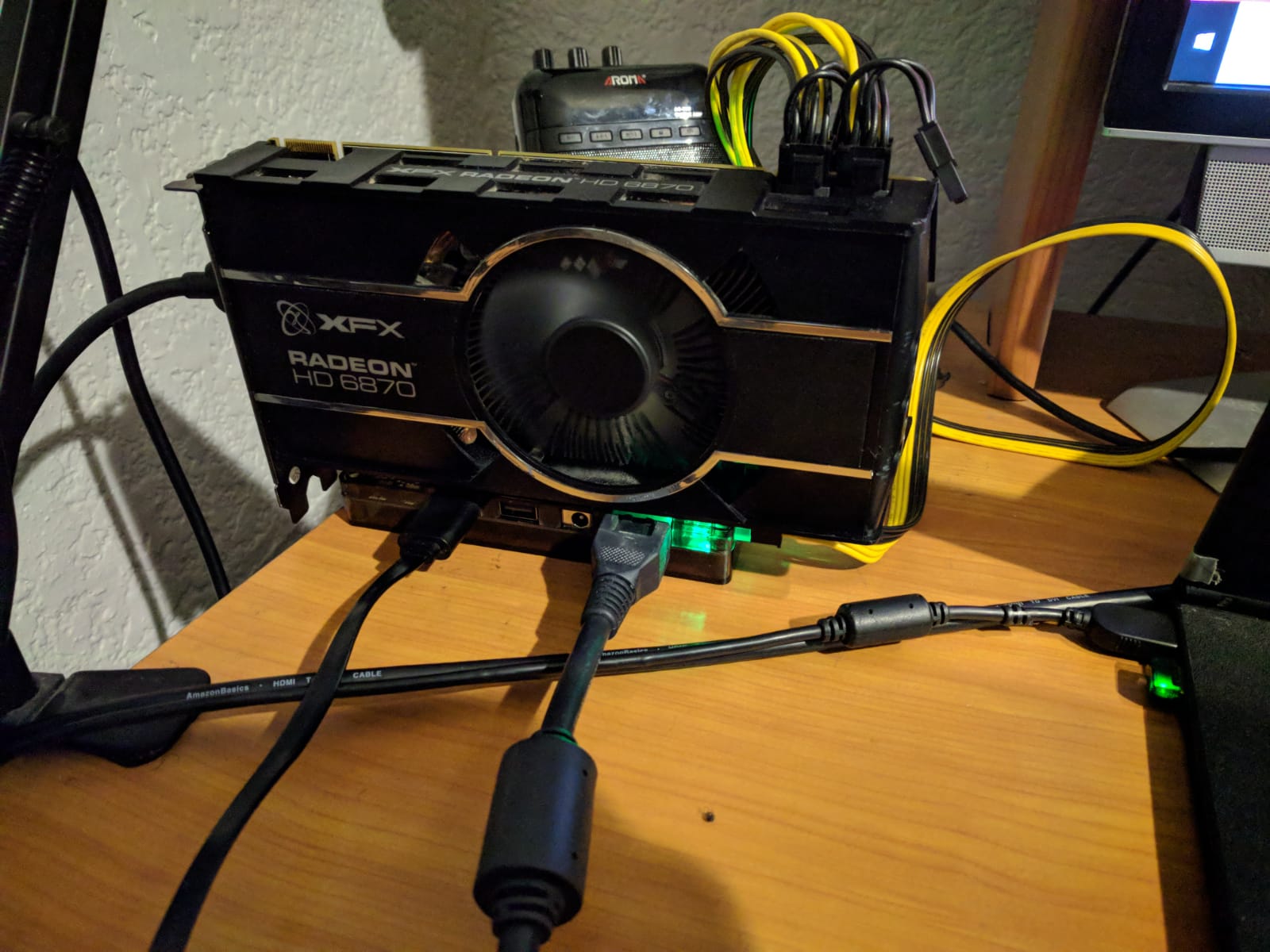 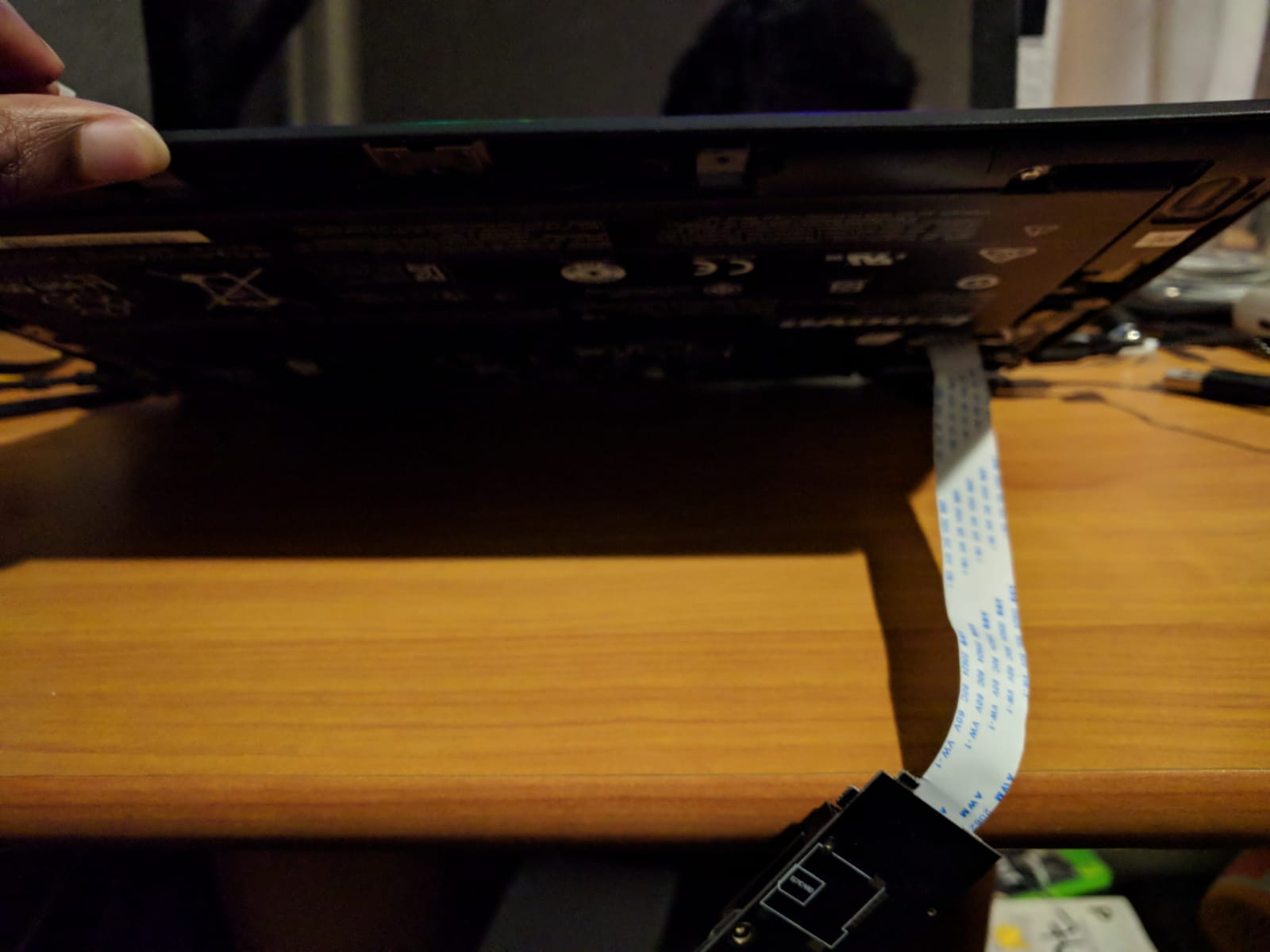 recently discovered the BIOS boot method which works for me when restarting my computer. Thanks to masriza [see build]

This method is infinitely easier than my original sleep method but I don't know if it works with installing drivers so I'll leave the old method up.

Getting the GPU Recognised
This part was actually easy. I just used the device manager to update the driver automatically and then it will install and switch from 'Microsoft Display Adapter' to 'AMD Radeon HD 6800 Series'

Getting the GPU to Work
After getting my GPU recognised plugging in a monitor, at best, did nothing, and at worst, crashed the computer. So I had to install the drivers again with AMD Catalyst and Crimson.

This took about a week of fiddling to figure out and I'm happy to help anyone who has questions but note this is my first eGPU setup. I only know so much

Comments: Testing other games but I tried Rocket League on High Settings and I actually was able to play the game

@justneedsomethoughts, using the updated version to detect the eGPU works for me. After exiting the Bios my external monitor works. But I get an error message:

„No bootable device - - insert boot disk and press any key“

I tried it several times but I get this message every time. Any ideas why?

@alex-scheff, What do you mean by updated version? Either way that error sounds like you don't have a hard drive to boot from. If you ssd is still connected to the mSata slot in your computer then make sure in bios you have legacy support on but boot uefi first not legacy.

Hope that works for you

@justneedsomethoughts, Sorry, I mean the updated boot up method. I figured it out, I‘ve had a whitelisting problem. Basically I couldn‘t boot up without the WiFi card. So I booted up with the WiFi card, sent my laptop to sleep, swapped the WiFi card with the eGPU cable and woke the laptop up. After installing the drivers I shut down the laptop and rebooted with your updated boot method. Now everything works.

Nice, good find. Are you using a lenovo yoga 2 pro? How did you figure out it was a whitelist problem?