The card in question: 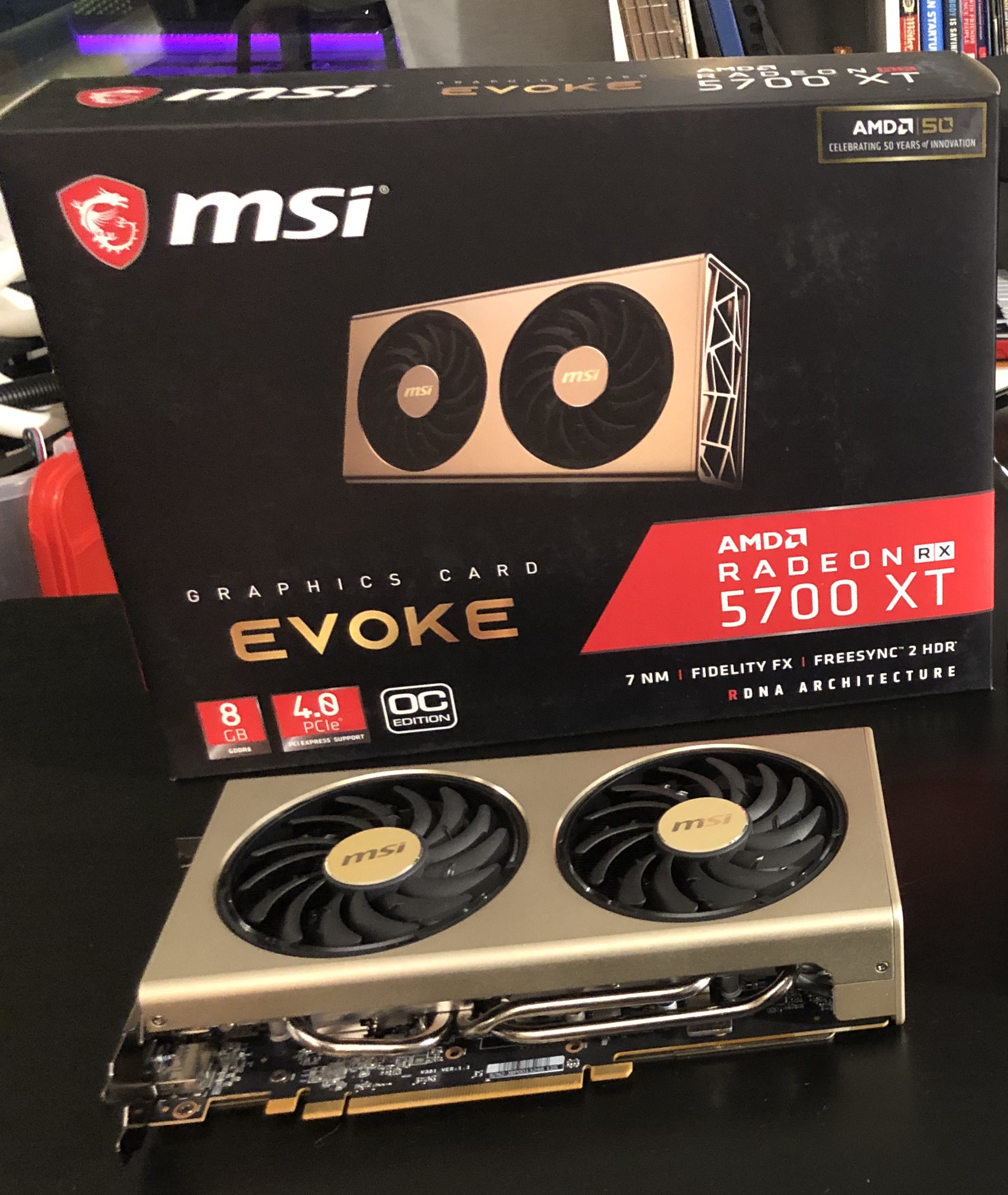 Did literally nothing except pop the card in. Done. 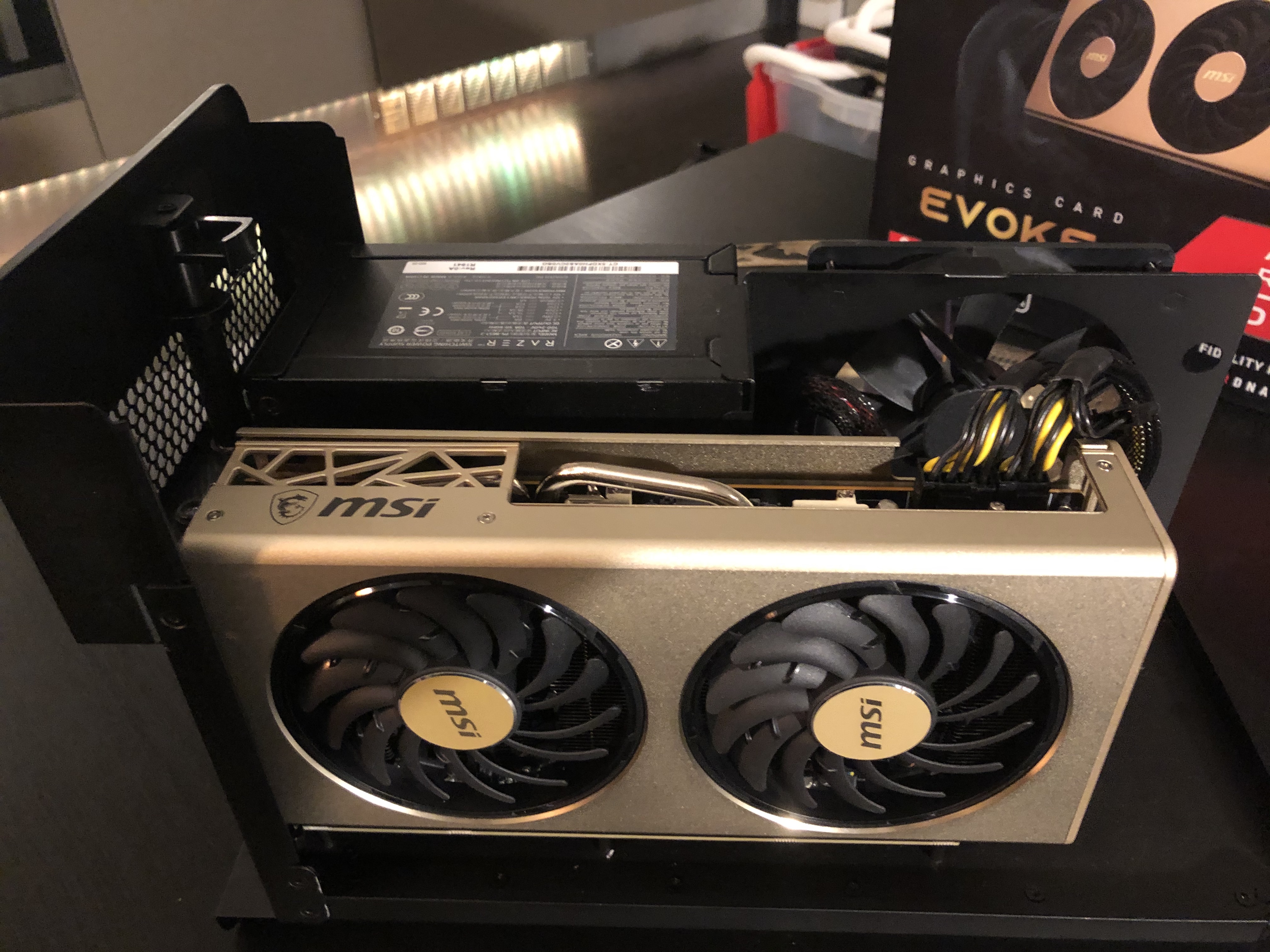 Literally popped the card in and it's done, 5 minute install.

(edit) After the install boot to recovery, disable System Integrity Protection (type csrutil disable in Terminal) then boot back to OSX and install purge-wrangler (then plug the GPU in when purge-wrangler asks you to). 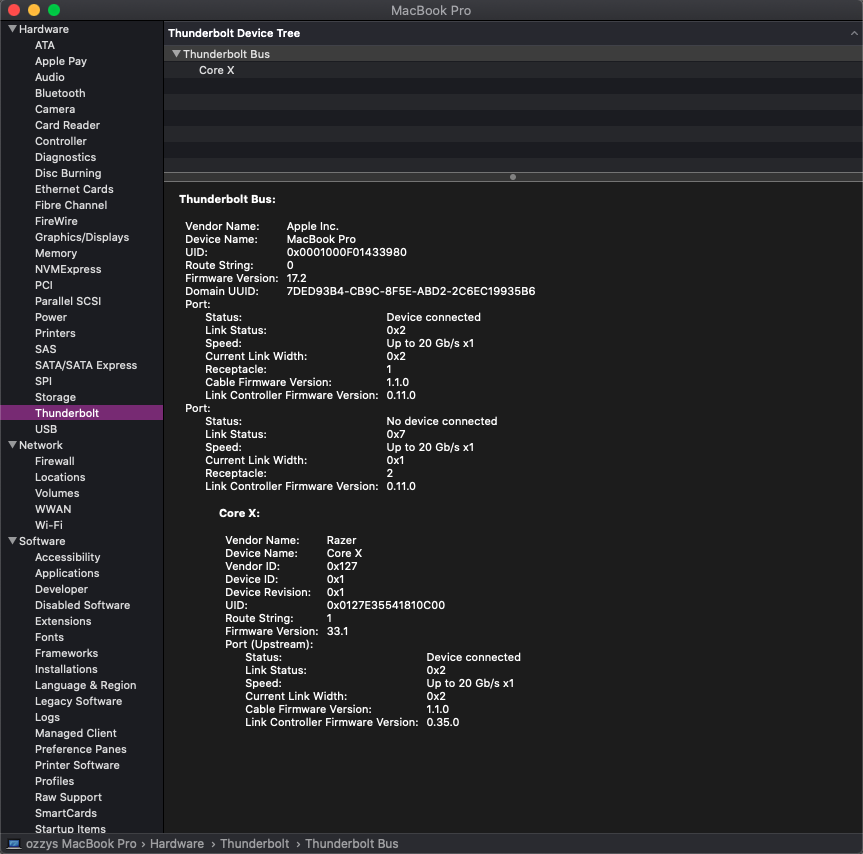 Replaced my Radeon Vega 64 with this one as soon as Catalina started supporting it and before my Amazon prime return window ended.

@vonthing Nice build! Please make sure to mention both hardware and software installation steps so that it doesn't confuse readers. Thunderbolt 2 Macs don't have eGPU support in macOS Catalina. Unless you installed Purge-Wrangler script or boot into macOS with automate-eGPU EFI, the RX 5700 XT eGPU wouldn't be plug-and-play.

Hello! I use the same configuration as you, but the system does not recognize me the graphics card (AMD RX570) The icon above appears for a moment, but disappears and the graph is not detected. Any solution? Thank you

@aobreroes As stated in my reply to the OP, Thunderbolt 1 & 2 Macs do not have native eGPU support in macOS Catalina. You'd need to install either Purge-Wrangler or use automate-eGPU EFI boot loader.

Yes @itsage is correct, I installed purge-wrangler, forgot about that sorry

@vonthing @itsage Thank you very much for the help! Finally that problem was solved. But I requested a replacement for my Razer Core X, I had a problem with the power supply and did not turn on the next day ... 🙁 waiting for the new article

@vonthing I have a 2013 MBP 15" I'm looking to setup for gaming. Do you use your eGPU in Windows bootcamp? And do you use an external monitor?

Hello, I'm thinking to buy MSI Radeon RX 5700 XT, but I have Razer Core X (no Chroma). Can you confirm that this setup will work? I'm super confused, because: from XT specifications I see that this graphic card required 650 watt, but Razer Core X (no Chroma) has the next specifications: "GPU Max. Power Support: 500 watts". The difference seems huge! Next, I opened the Apple website, and it said "AMD Radeon 5700 XT" can be used with Razer Core X (but not mention Chroma or not). Ok, seems like it works, now let's open the Razer website at "MACOS COMPATIBLE GRAPHICS CHIPSETS": and again, there is NO Radeon RX 5700 XT in the list. I'm confused…

works like a charm, still very happy with it although I lost some things on my MBP, like not being able to use the internal hdmi port anymore after disabling the nvdia gpu. No worries about the power, it works with all my photo and videosoftware (like PPro) and the graphics card doesn't even spin that much. See my post with MBP late 2013 I7 for specs!