Just wanna share my eGPU setup that I was able to get it running smoothly on both both MacOS and Windows 10 (bootcamp). Here are the components:

So, here's what I did to get it running on both OS without having to do the DSDT Override:

Now, on both OSs all I need to do is turn stuff on and connect everything before turning the macbook on, and done its working. Only issue so far is when your macos goes sleep, it doesn't return (an error appear and it reboots). Guess that's a fair tradeoff.

Oh yeah, btw It was all on external monitor. I don't have interest on using it on my macbook display, but its definitely possible. 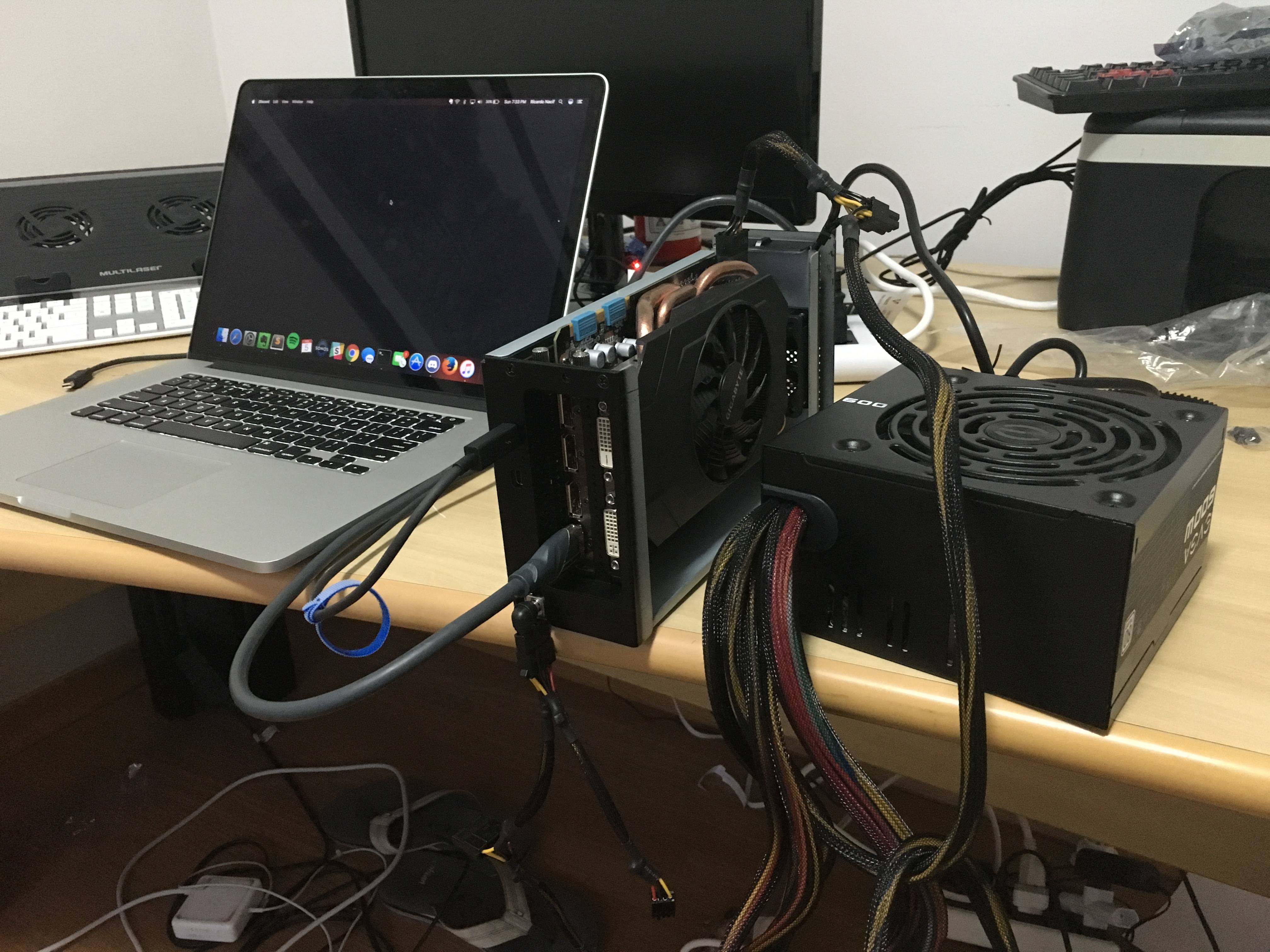 Ok, after a few weeks using it, I can say:

as far as I understood you are just using an external display, right? Have you tried both variants (MacOS and WIN10) with the internal one, only?

I am just interested to have this up and running on my internal display. Our configuration for the MB is the same (100 %). For the eGPU I am going for the AORUS Gaming Box (1070). Headless Ghost plus is also ordered.

Unfortunately I will just get the Box on Monday so I don't can test it right now but I am very interested in all the solutions provided here. 🙂