Gigabyte B550 Vision D - AMD Socket AM4 Motherboard with Thunderbolt 3

This is the second motherboard for AMD CPU with Thunderbolt 3 built-in. It's very similar in I/O arrangement with the Z490 Vision D. In fact it uses the same Titan Ridge Thunderbolt 3 controller and DP-IN. Due to no certification, the product website describes these ports as USB-C with Titan Ridge! 😀 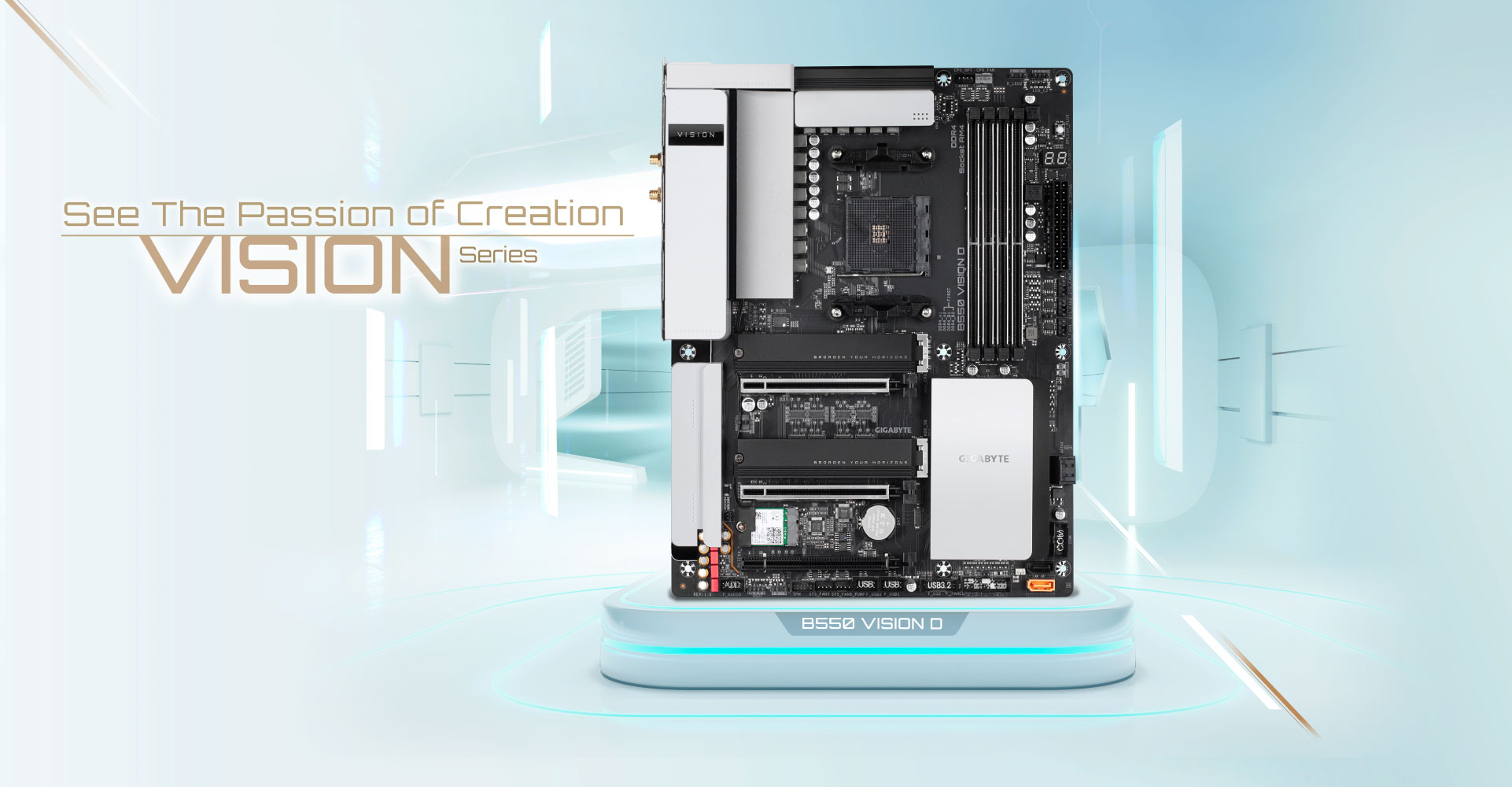 https://www.gigabyte.com/Motherboard/B550-VISION-D-rev-10 - The section on USB-C with Titan Ridge even shows the Thunderbolt logo and 40Gb/s. A fun way to get around Intel's certification.

Only one DisplayPort input though. Good enough for a 4K display but not 5K or more.

I think Google has a problem searching Gigabyte motherboards (like the page doesn't fully render when it's scanning for words) so only the title is known. For example, I can search for:

This AMD B550 is now available for $259.99 [Amazon link] [Newegg link]. A nice deal for on-board Titan Ridge Thunderbolt 3 on an AMD system. If I didn't have too many test builds already I would be all over this board.