Hey all, so I'll try to keep this short, I think I'm out of luck but maybe one of you guys has a clever idea.

I got an m.2 to pci riser and hooked it up to my laptop, along with a gtx 660 oc, and it worked. Drivers were good, furmark was stable, I was insanely excited.

Today, I picked up a 2060 super, and a new power supply, and to my incredible disappointment, it's just dead, It causes bad artifacts on my internal display, can't get into the bios, and nothing on the 2060's outputs. 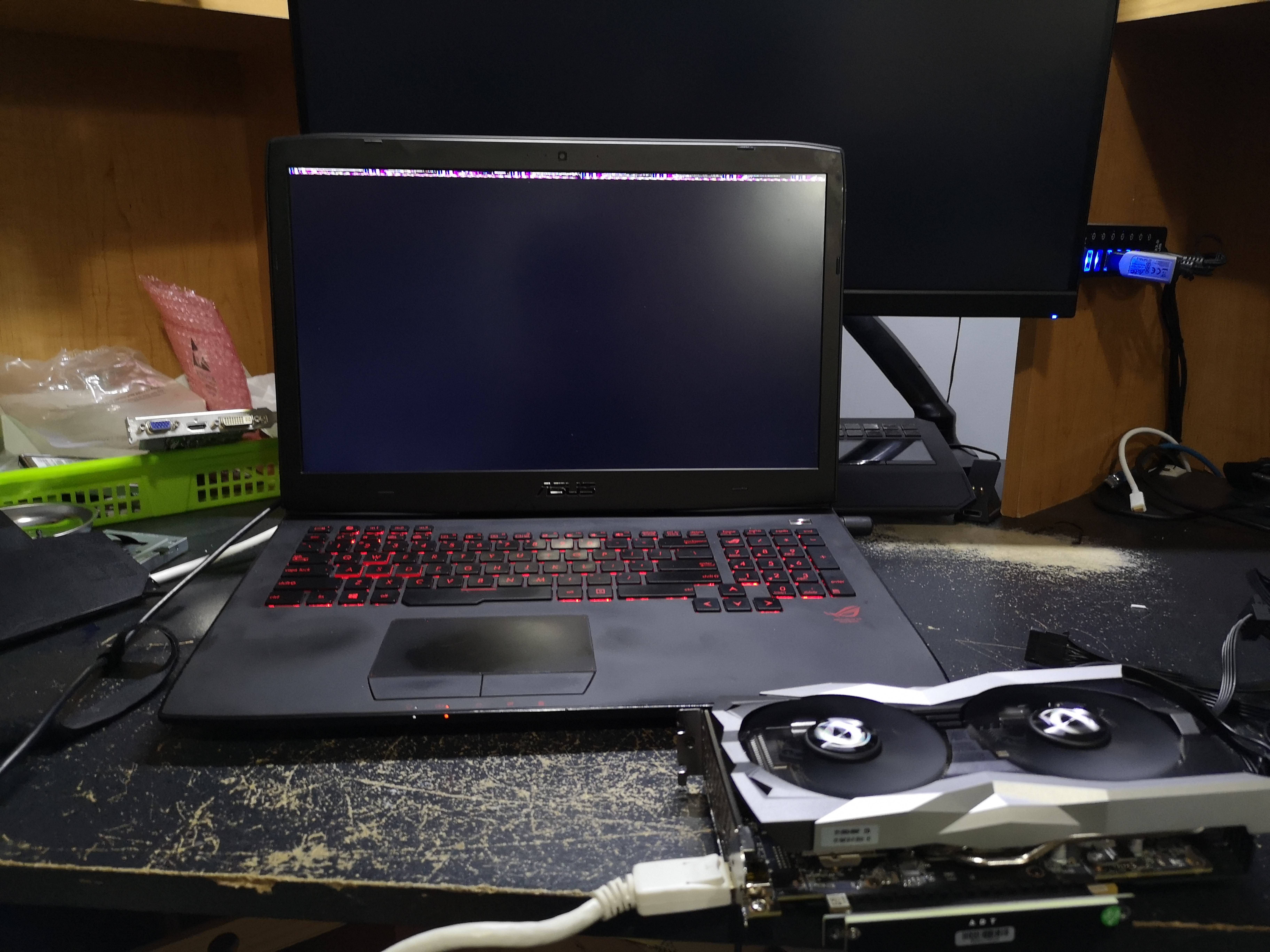 The main difference I noticed is that the 660's fans spin at 100% then ramp down when my laptop is on, the 2060's fans are completely off, until I turn on my laptop.

I don't know if maybe it's trying to draw a bunch of power from the laptop's port, even though I have the floppy power connector on the riser hooked up, or if it's an architecture difference between the 2060 and 970m that's messing it up, I checked and I can't disable the 970m in the bios. Maybe it's also because it only has four lanes, idk.

This is really disappointing, I could have used a win, but I think I'm just shit out of luck, which really sucks, but I figured I'd see if any of you guys had a bright idea or something that might actually get this setup going.

I saw a post where someone used an akitio thunderbold 2 enclosure with a gpu and that apparently worked, but he hasn't been on in months, and that's not the sort of extra money I want to spend on this.

edit: I did see a post from this forum where someone used an expresscard adapter, and said the bios couldn't handle it, so they had to hot plug once the system was running. I wonder if I have a similar issue here, and maybe the bios could be modified to enable hot plugging on this port, not sure. I'm afraid to just try it for risk of damaging something though, so not going to.

This topic was modified 10 months ago

Huh, looking at this... maybe it does support hot plug. I need to get the 660 in there again and check to confirm it's on this bus. Unfortunately, the wireless card port is only a 1x link so that rules that out. 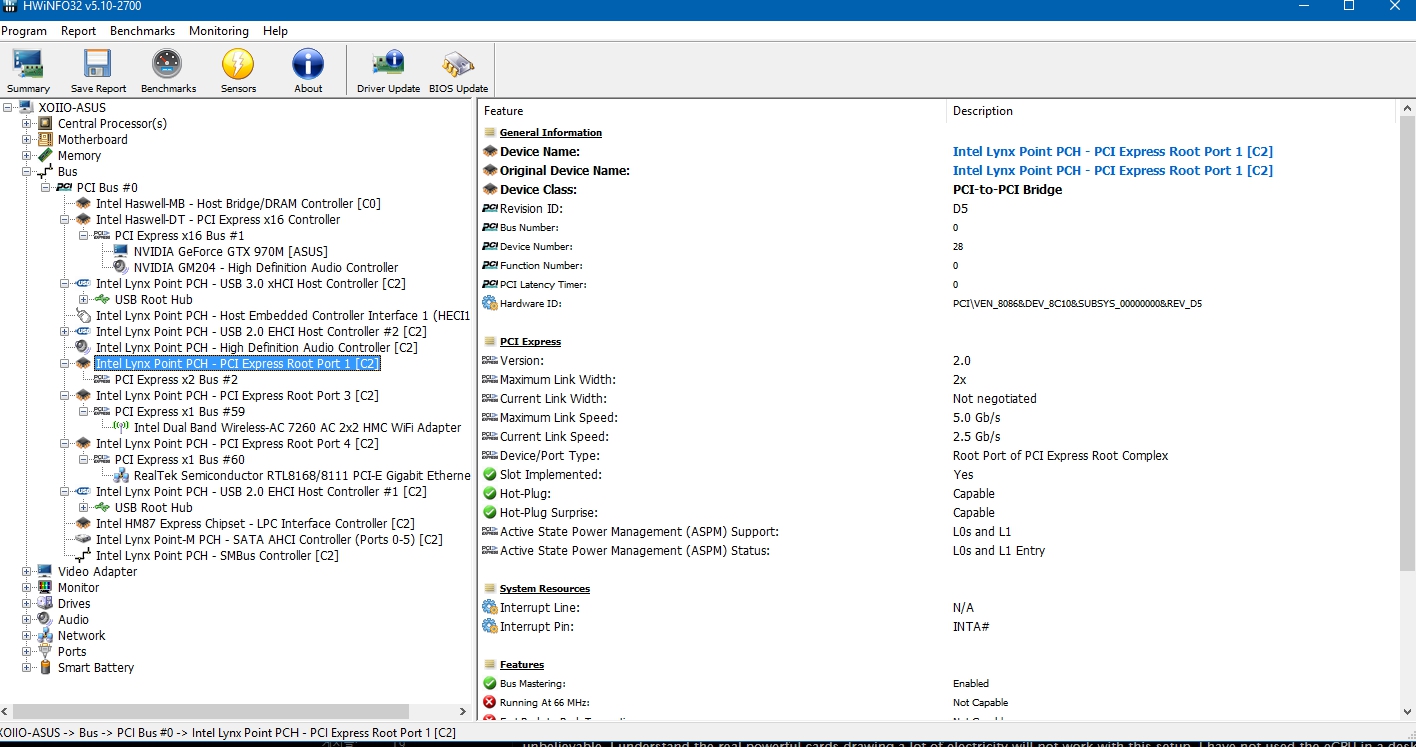 So, working with lost n bios on win-raid to enable hot swap on the port my gpu would be using, and I'm probably going to try out that dgpu utility.

I have a theory as well that maybe it has to do with the architecture of the card and the motherboard, and maybe it's backwards compatible from maxwell downwards, but not working with turing. I wonder if a gtx 1080 would work then, I've never heard of that sort of a limitation, but this is also a niche.

I face same issues but when I using Akitio thunderbolt 2 box (not node) , with GIGABYTE NVIDIA GTX 1070 rev 2

i notice and think thunderbolt in our devices like my laptop ASUS [g751jt] using half bandwidth for thunderbolt and also related to our chosen of  GPU itself not compatible with our devices.

ASUS G751JY running it's TB2 controller at half speed