[Solved] Little confused about performance of my new build, (PCI-e bus and bandwidth)

Hi, yesterday i finalized my first eGPU build (AMD RX 5700 XT on R43SG) and immediately benchmarked and checked with GPU-Z, hwinfo and aida64.

I am little confused because GPU-Z shows it is @ x4 1.1 which it shouldn't because it is on a x4 3.0  m2 ssd port and GPGPU results show that it is on a x4 3.0 (which i understand from Bandwidth table on builds page).

So, what is the situation here and how i can fix it if it's somehow not right? 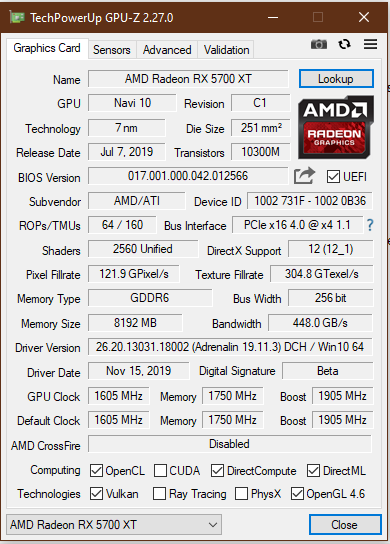 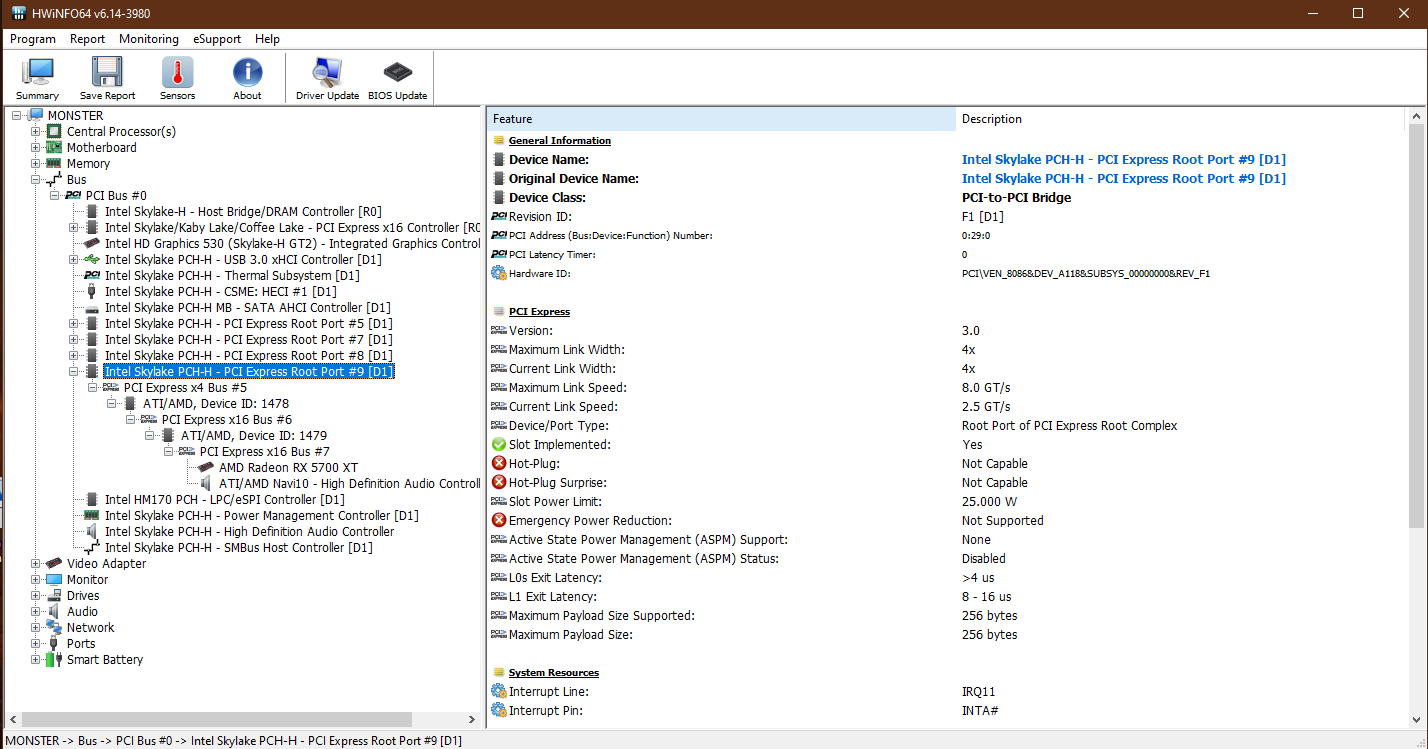 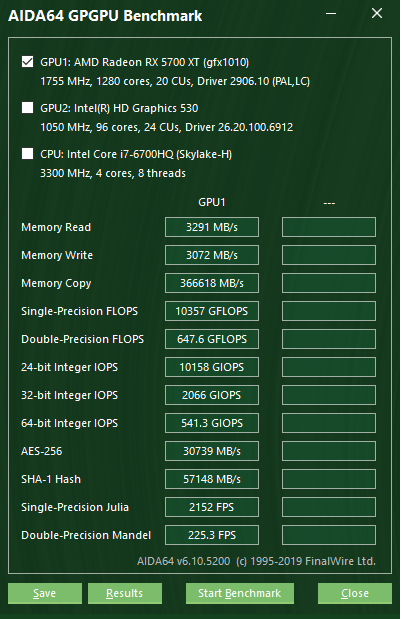 @atadam GPU-Z typically shows x4 1.1 when the eGPU is idle. If you click the question mark next to this text box to put a load on the eGPU you'd likely see it changes to x4 3.0. The good news is HWiNFO64 and AIDA64 GPGPU showed max bandwidth through an M.2 eGPU adapter.

I just noticed that while launching a game and came back to lock the thread and saw your message, thanks anyway

Also, tried render test and nothing changed. Interesting... i think gpu is too powerful for the test?