I'm setting up my eGPU using Nando's software, my system is:

I got an error when running setup-disk-image.exe stating to either change my partitions to MBR or to "Do a USB install, only using setup 1.x to do pre-boot diagnostics and to generate a PCI compaction that may be translateable for UEFI bootloaders (startup.nsh?). You won't be able to configure your eGPU and chainload to your OS using Setup 1.x if you have a UEFI Windows install."

I attempted to change my partitions to MBR via various software but they all spat out errors telling me I was unable to partition to MBR. So this has led to me doing a USB install, which seems to have gone great so far: my dsdt compiled; eGPU shows in device manager under large memory with no visible errors; but in GPU-Z half of the information for the GPU is missing:

and I am unable to use it for anything. At this point I think I would only need to chainload to the OS from Nando's software but using the USB install this doesn't work and I'm a little lost on how to proceed. If anyone could advise it would be greatly appreciated.

Interestingly a clean installation of the Nvidia driver produced this

but I still cannot use the eGPU. This also didn't produce an error 43 which I normally have to solve with the error43-fixer.

I also try to use eGPU with PCIe Riser and Mini PCIe Cable, but I always have trouble turning on the laptop. after the GPU turns on and after pushing power button. The laptop screen appears like a broken screen and cannot boot up. If the eGPU is removed, the laptop can function again. 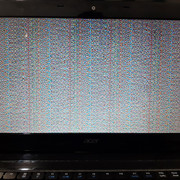 i have a 2080 and i have error code 43 and ive ran the script and it doesnt seem to do anything ive tried everything with no luck. if anyone could help