today I will get my EXP GDC Adapter from Amazon, as the title says I will use my old T560 (Lenovo). I have a built in dGPU (940mx). Since it's not possible to disable the dGPU & PXE Boot from BIOS. I managed to disable and uninstall everything with DDU. I will put the ATX on always on, the Graphics Memory in BIOS is changed to 512 MB. I really tried to read everything before getting started.

Is there anything else I can prepare before starting? Thanks and I will give you feedback if everything worked

You could just disable your dGPU in Device Manager. Worked fine for me . Do you have a fitting PSU ready? If you get it working, you van get a case for your EXP GDC and eGPU. Makes it more esthetic and less flimsy. Best of luck 🙂

yeah I bought a PSU with 450W on Amazon, finger crossed everything will work

I saw a nice "case" at Ikea, women use it for spices etc. and I will probably use it as eGPU Case

Damn, it seems that there is no Mini PCI-E in the T560, it is a NGFF connector for the internal WiFi... anyone had the same issue? there is an ngff to mpci-e adapter, and ngff to hdmi cable, what should I buy?

The EXP GDC is considered a non-standard HDMI connection, so I don't think NGFF-HDMI would work. I'm not familiar with NGFF-mPCI-e either, but my guess is that it has a better chance.

Found this online. Is that not an unused mPCI-E port I see next to the WiFi card? Is it the same model? 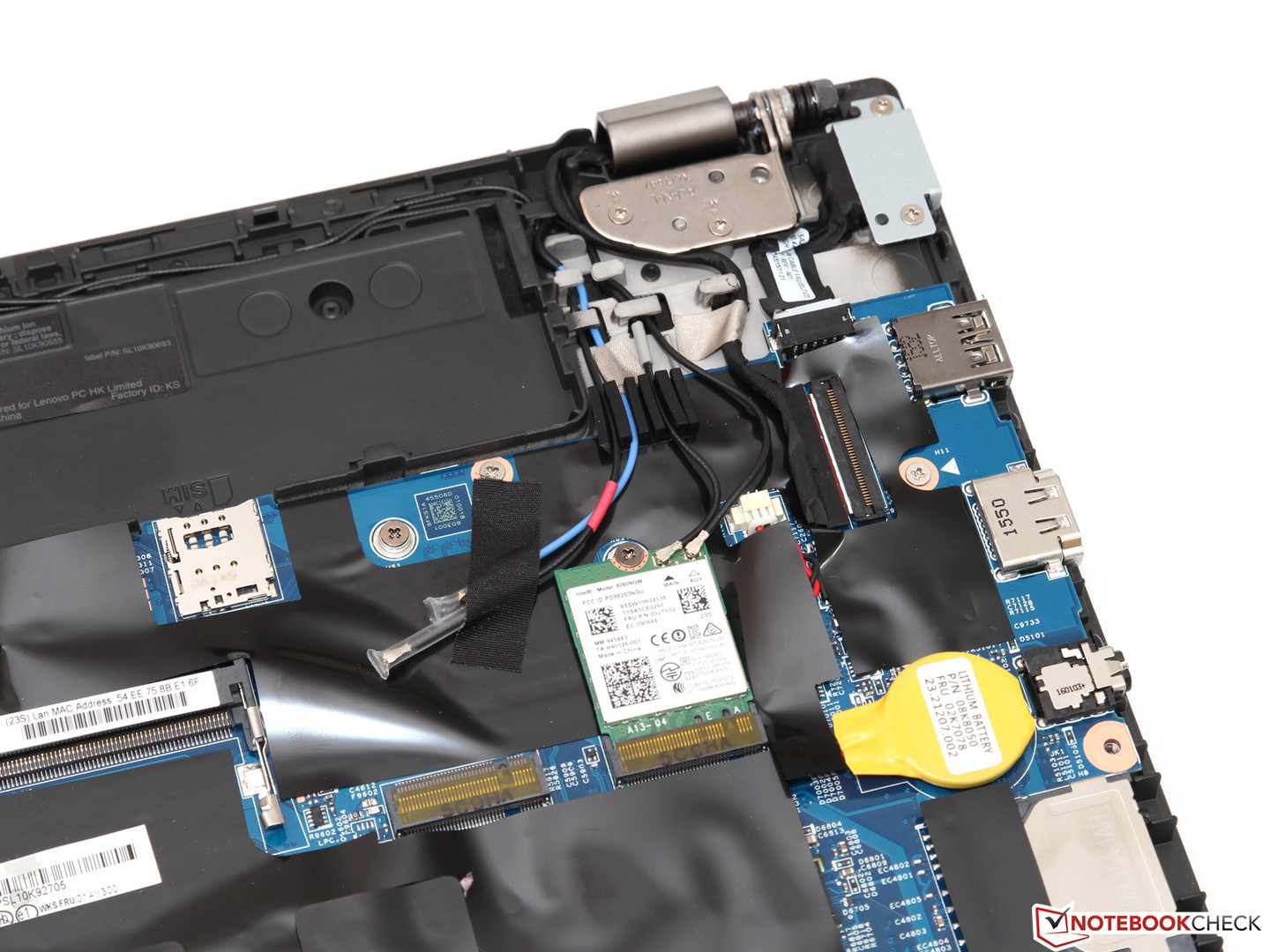 mPCIe has a key on the other side of the socket.
https://www.adt.link/product/R61.html

The empty slot looks like a Key B M.2 socket (Socket 2).
http://www.hwtools.net/ExtenderBoard/P14S-P14F.html

First of all, thanks a lot or sharing all the info in this thread and others. I´ve red almost all this forum ^^

- The m2. key-M slot theoretically is a x2 PCIe 3.0, as the tech specs reveal , but so far I've found, there are only x1 and x4 PCIe adapters but any x2 to x16.  Do they need to be powered or not? Which lanes should be disabled to ensure that a x2 PCI works on a x4 adapter??

- Adapters with non good quality cables/connectors will not work, or will only do at lower PCIe 1.0/2.0 speeds. (no old flat IDE cables)

- The more length and more interconnections, the more EMI interferences and signal attenuation. So, at this point the idea is using an M.2 NVME to PCIe X4 extender, and from there using a PCIe x4 to x16 extender adapter.
So the crazy idea would be carrying the 2 cables until this gap and adapt the female x4 PCI connector. There is a gap on the left side, over the left speaker (I suppose for non-installed a smart-card reader). There the female connector could be fixed to the lateral gap. So I would have a kind of plugable system (not hotplug): 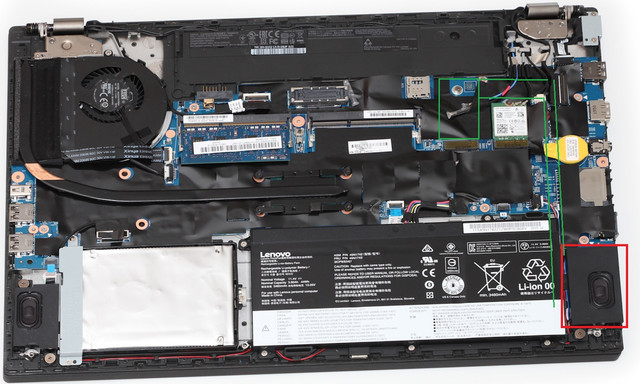 I wonder if it is a crazy idea or not, due to the fact that the cables (black strips) are not so flexible and in its case maybe it would require little hand-made PCBs to save the corners. The cell's connector can go out and be welded directly to the board.

Next time I open the rear case, I upload more images.

@yavi, The two NVMe ports (near the green lines) appear to be for the WLAN and WWAN (not populated). If they have PCIe, they might be limited to PCIe x1. Maybe you can test them with an NVMe device. Find them in the Device Manager or HWiNFO to find out how many lanes they have. Where's the NVMe slot?

It would be best if the cable had no bends - cut a hole somewhere.