@mac_editor, Rosetta 2 will not run kexts. 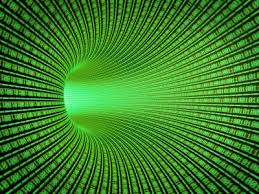 @mac_editor, seems to be odd that they would have eGPU support but then not support AMD (or Nvidia). Perhaps they will add drivers later? Unless eGPU support now means Xe and Apple Silicon GPUs but that seems a bit wild and unlikely (and we probably would have seen some binaries to support that).

@oneplane, well, they might just drop eGPU support is what I was alluding to. Otherwise external Apple GPUs do make sense. But again, will they create an x86 driver for their GPU so Mac Pro 2019 could use it? Man this is tricky. I do know that NVIDIA has ARM64 drivers for Linux, and AMD doesn’t do ARM64 drivers AFAIK. I don’t know anymore.

If Thunderbolt can't be used for eGPU for Apple Silicon, there is still the possibility of using other types of accelerator cards like the Apple Afterburner card. And on second thought, if a eGPU cannot be used for displays or gaming, maybe it can still be used to accelerate some tasks.

I suppose one way forward may be to allow for GPU drivers to be created for the platform via DriverKit - but this would be in stark contrast to Apple's recent aversions to NVIDIA (since Mojave).

Apple has never made public all the api's required to make a graphics driver (with acceleration). Would they do that for a DriverKit graphics driver api? If not, would Apple at least give the necessary info to AMD and Nvidia? The contrast you speak of would only occur if they gave the info to Nvidia.

@joevt, not sure you understood what I said there. By "allow" I meant creation of 3rd-party GPU drivers. The drivers included in macOS should not be considered 3rd-party at all. So it would be in contrast to existing behavior (which is not allowing 3rd-party drivers) if they allowed it later on via DriverKit.

Would they do that for a DriverKit graphics driver api?

No one knows except Apple.

The contrast you speak of would only occur if they gave the info to Nvidia.

NVIDIA did build 3rd-party drivers with full acceleration pre-Mojave. With Mojave, either:

With respect to the first-party AMD Drivers in macOS, Apple could:

@joevt, Allow is a bit of a strong word. You can always develop your kexts as much as you like. What you mean is that Apple didn't sign the kexts anymore and thus the public would have no easy way of loading them. Doesn't mean you can't write and release driver binaries. Just means that you have to disable kernel protections to load them.

Even if they manage to release a solid GPU, in no way it would be able to compete with AMD and definitely not with Nvidia in their current state.

ReplyQuote
of  7
All forum topics
Previous Topic
Next Topic