I acquired a 580X MPX module off eBay to see if I could get it to work as an eGPU. Just plugging it in to the Razer Core X Chroma yielded nothing. This was mostly expected given that it didn't have the additional +12V power connected.

Assuming that the missing power was the only issue, I acquired a PCIe power extension cable, cut off one end and soldered the three +12V wires to side B and the remaining five wires to side A of the large power connector of the MPX module. I verified there were no shorts with a multimeter and then wrapped it all in blue electrical tape (see photo) I should also mention that I used the multimeter to determine which side of the large power connector was ground. I also had a fan blowing air through the module which can be seen towards the top of the photo.

I crossed my fingers (and toes) and then powered up everything...it worked! I tested with a 15" MBP that is on Mojave 10.14.6 and it recognized it immediately (see photos) While this all seems promising, given how I had everything hooked up and delicately balanced, I wasn't able to test actually plugging a monitor into the HDMI ports. I will attempt that at a later date. I will also update to Catalina.

I used the 580X for testing as it was relatively affordable and if things went south I wouldn't be out too much money. If this solution can be refined, it would be interesting to test the W5700X (and perhaps the Pro Vegas) as those would be much more useful given that they have thunderbolt outputs (which may or may not work...) 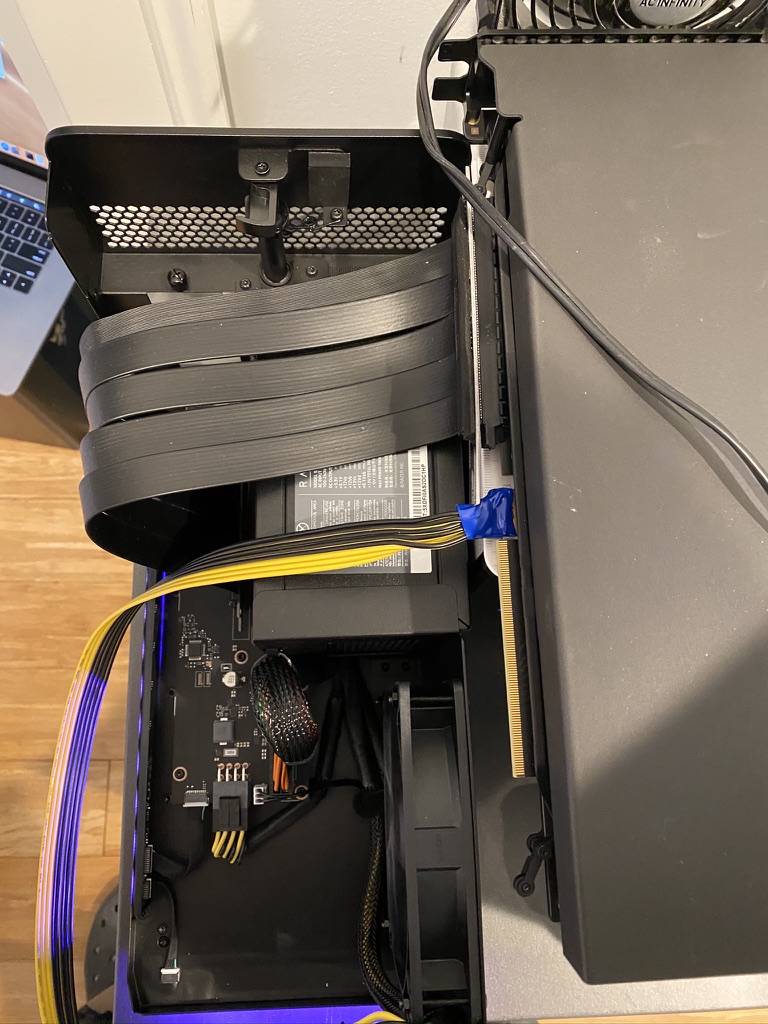 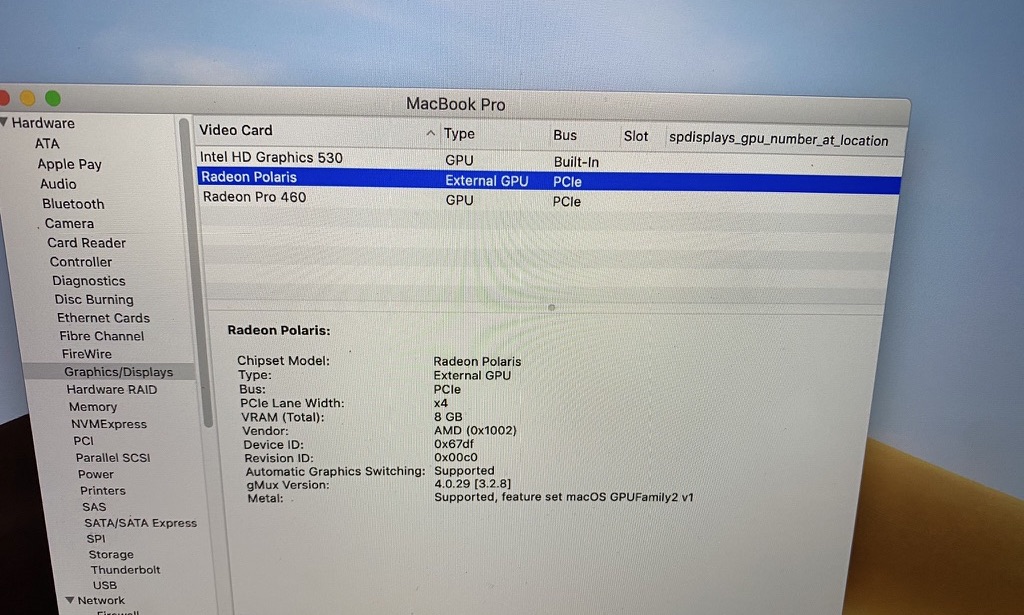 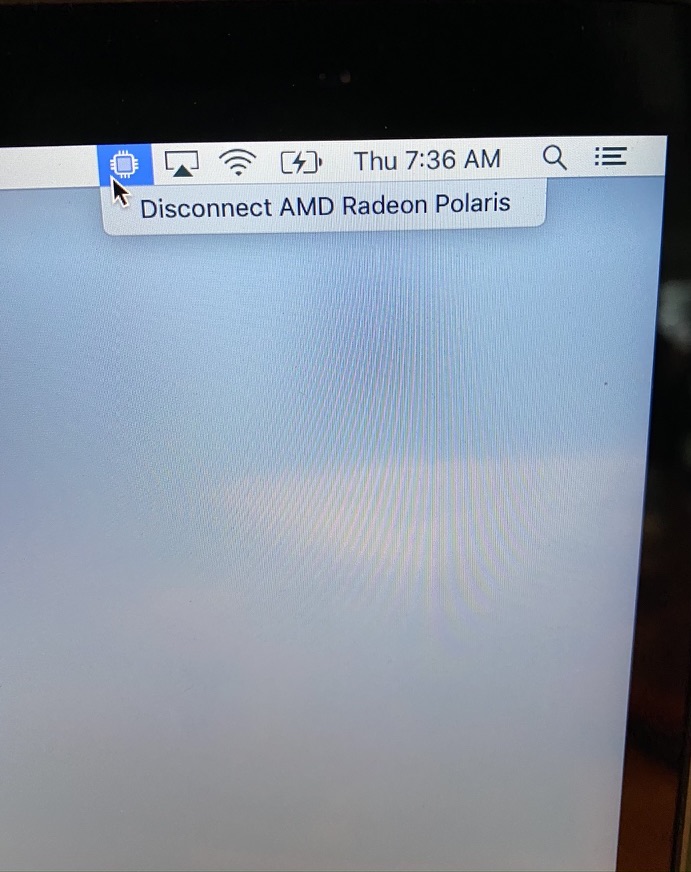 This topic was modified 7 months ago

@tsercitpo, Thank you for sharing this finding! Would be really cool to figure out Thunderbolt 3 monitor output from theses MPX cards.

We need PCIe and DisplayPort pinouts.

The Radeon Pro 580X MPX has four DisplayPort outputs (4 lanes). It has no Thunderbolt so it doesn't have PCIe.

PCIe might be easier - if you can find a motherboard schematic showing the pinout of a Titan Ridge controller.

It would be handy to find a slot (edge connector) with the same pin pitch of the MPX pins.

PCIe might be easier - if you can find a motherboard schematic showing the pinout of a Titan Ridge controller.

Actually, you could get the pinout from a GC-TITAN RIDGE probably.

- Tried testing HDMI outputs using an external display that can be driven via USB-C or mini HDMI. Unfortunately it did not get a signal via HDMI (but worked fine via USB-C) Will try to test with other devices. Will also get iStats installed so I can see temps, voltages etc... (hopefully) for the MPX card.

(but worked fine via USB-C)

The monitor I used to test with has both USB-C and mini HDMI inputs. I tested the monitor just to make sure it was still working via the USB-C input with the MBP. I did another test with a USB-C to HDMI adapter with the MBP to test the HDMI input of the monitor and it worked, however the picture didn't look as clear as it did via the USB-C input. The HDMI adapter isn't the highest quality though so perhaps that was the reason. Regardless, I will try to test with another display.

Two strange things in your screenshot:

What are those about I wonder?

Basically, there is speculation that the MPX module doesn't have all the code necessary to make it work in a different Mac unlike a normal GPU? That seems strange. I guess collection of some info/data can prove or disprove that easily.