I would like to request help for my EGPU connectivity problem since the 13th or 14th of October.

This combo has been running well - until recently, with the WIN 10 1903 builds.

Then build 418 enabled the EGPU again.

The EGPU has been running well with Geforce driver 419.35 and Thunderbolt Software 17.4.77.400. I would boot up Windows and then hotplug the EGPU.

Then I would hear a double chime which then enabled me to approve the EGPU at Port 1 ; the EGPU RGB lights would then light up and it would be up and running. 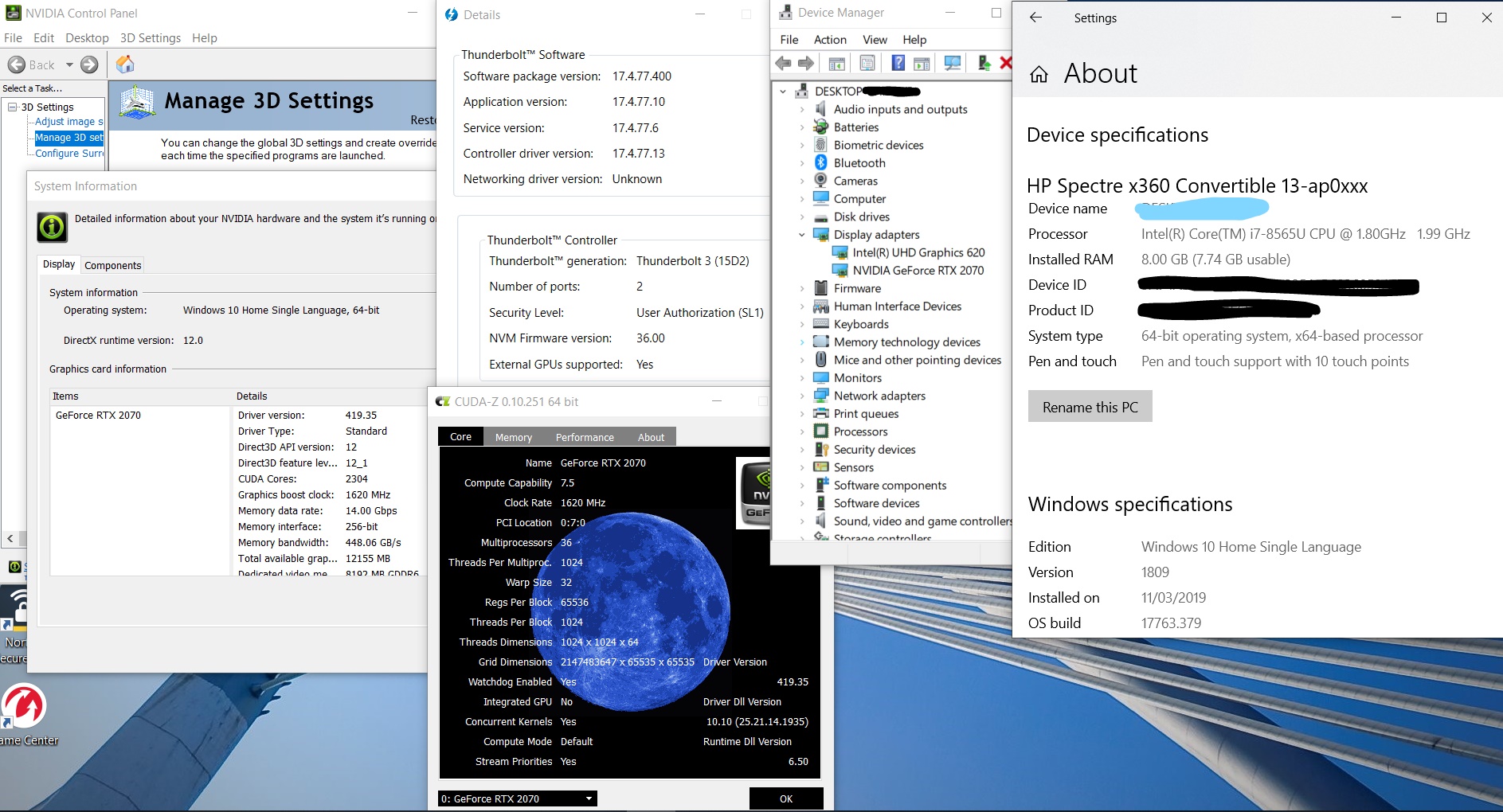 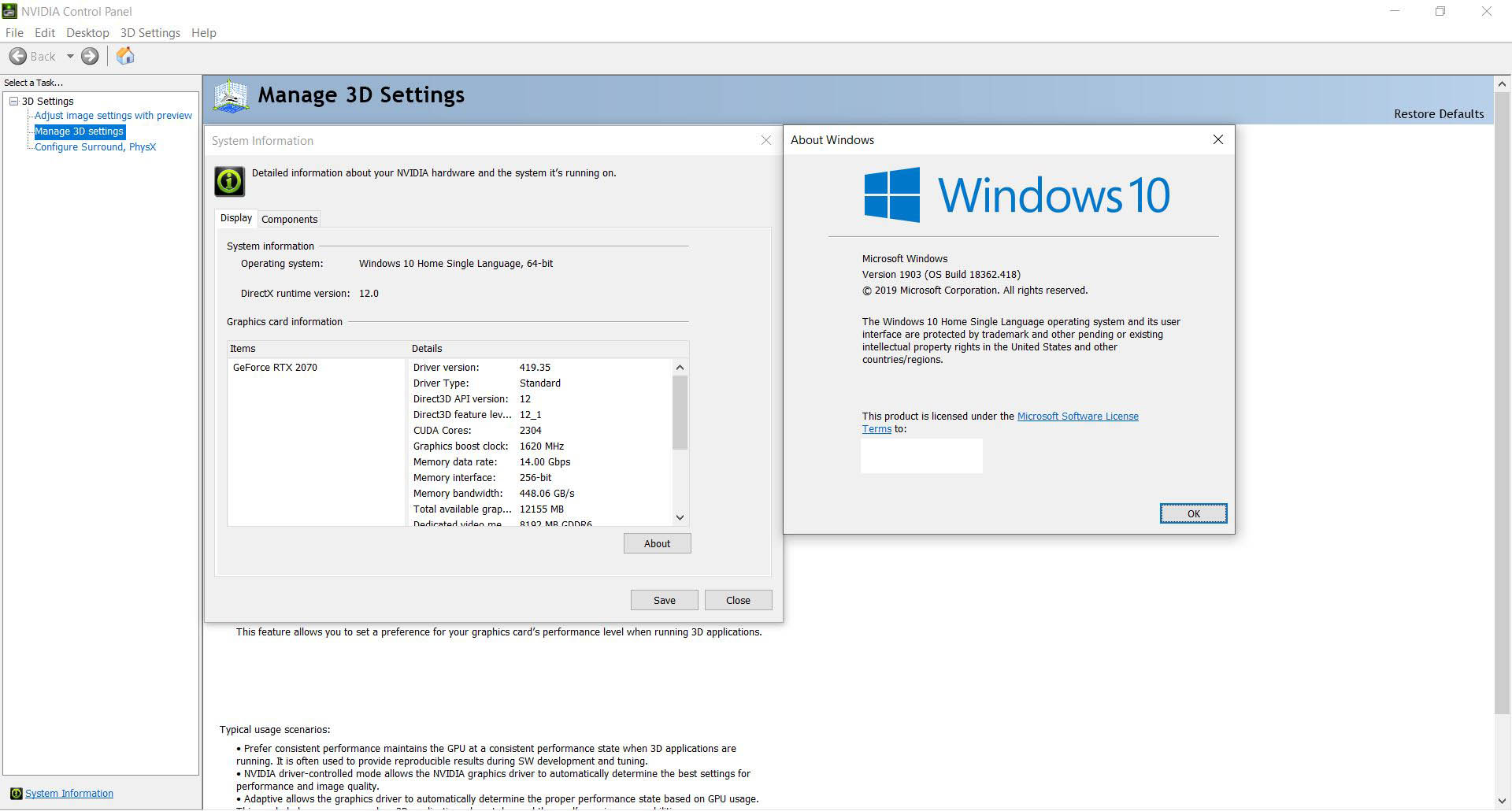 However, since last week - either October 13th or 14th ( around the time of HP bios update F.33, although I can't be sure that's related to my problem ), I totally lost EGPU functionality again and it's not showing up in Device Manager anymore - not even with show Hidden devices. Only the Intel HD620 shows up.

The double-chime has also disappeared; it was just a single chime.

So I did a Win 10 reset, wiping both files and apps ; but to no avail, the EGPU RGB lights still light up, the fan spins, it seems to run and the Thunderbolt Software does display it as approved and connected at Port 1.

I tried updating the Thunderbolt Software to 17.4.78.500 from the HP driver download website, but that didn't help either.

Whether I install build .295 or .418 doesn't seem to help matters either anymore, whereas they were stable working before.

I started digging a little deeper in Device Manager, while plugging and unplugging the TB3 EGPU cable from Port 1 and also trying it on Port 2. Neither helped.

However, in Device Manager I found a code 45 Device Descriptor Request Failed under the USB controllers, as you can see in the following screenshots.

After some investigation, this lead me to suspect a registry problem for the EGPU device ID.

I did a SFC/scannow, but this came up with zero errors. 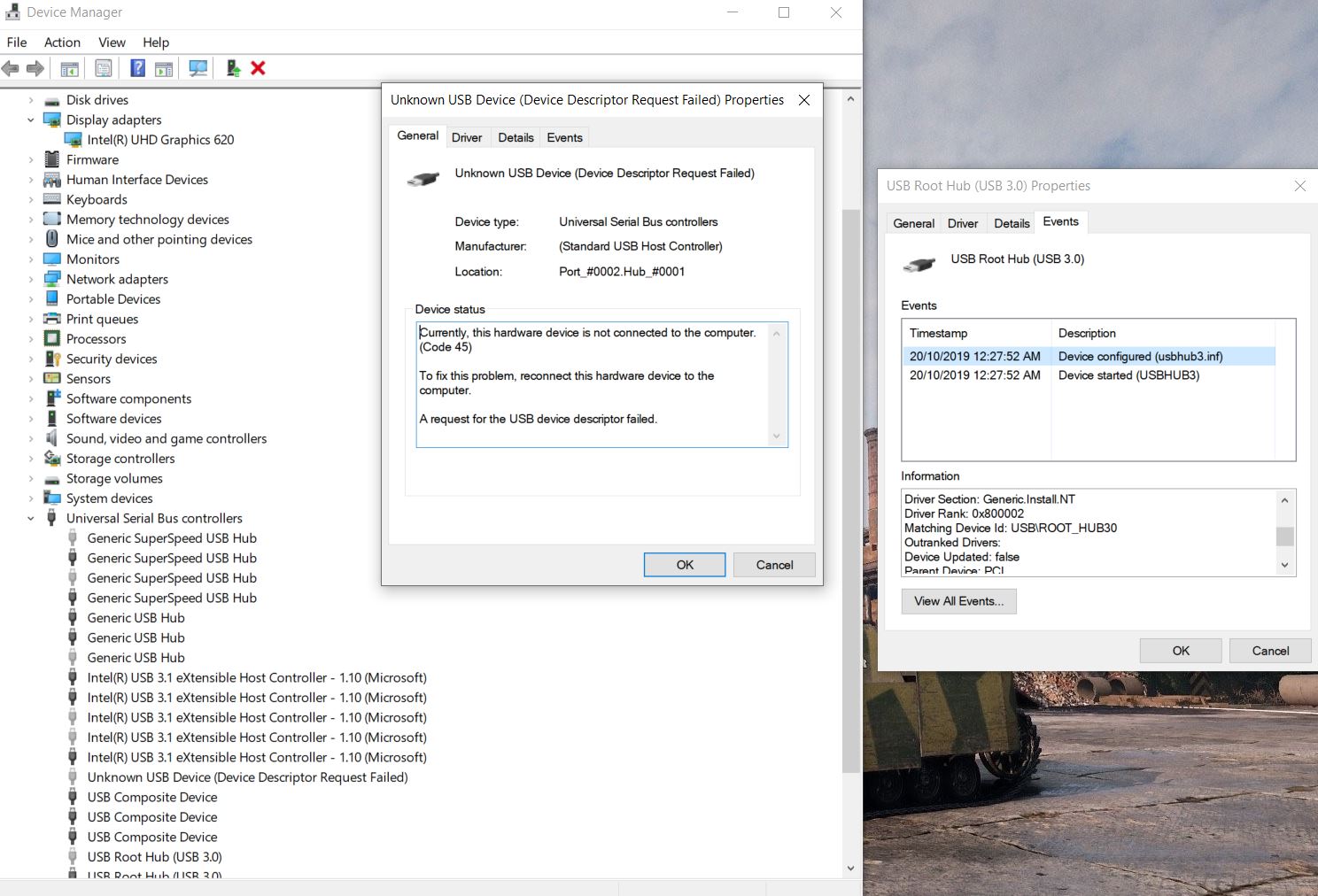 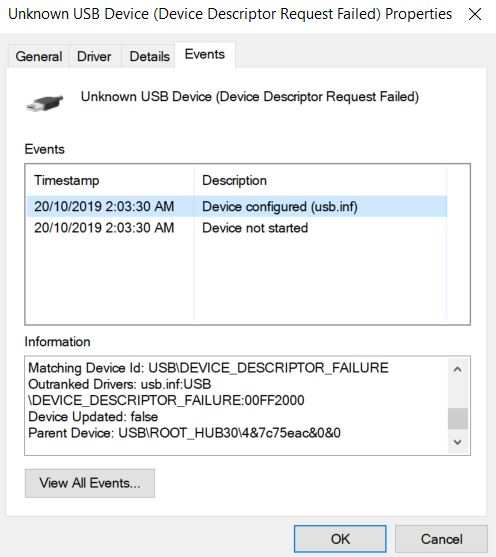 So it seems that Windows fails to identify the EGPU at the USB controller.

Around the 13th or 14th of October I did notice the system upgraded BIOS to version F.33.

Looking into it, I couldn't find USB Security Levels settings - since I also suspected it might have something to do

with the Thunderbolt Software running SL 1.

I am really at a loss now  the EGPU is literally an 800 dollar paperweight.

@knot3d Is there a Thunderbolt Security settings in your laptop? This is likely a change in BIOS update to version F.33 which somehow disables the Thunderbolt 3 controller. You may have to escalade this issue with HP Support.

The attempt failed, upon which HP support suggested it might be a hardware issue. And so I brought it in, to one of their service centers today.

Personally, I do suspect bios F33 to be the culprit, as everything was fine on F32. By the way, there are zero SL options within the F33 bios ; which is something which compounded my suspicion about this bios version in regards to the usb controller issue.

Anyway, I am curious to what they' ll have to say.

Do let us know what you find from HP Support.

Will do - they said they' ll contact me in about 2 or 3 working days.

May I ask you if you solved the issiue?
I have almost identical problem, eGPU works great in Win 10 1809, after upgrade to 1903 amd newer eGpu is no longer detected by the system.
I am sure that it is the Win issue, but I am not able to find any workaround