First attempt at an eGPU after I managed to bag the omen for £199. I had a spare 1070 lying around so it made sense as the omen was about the same price as a dock I needed anyway.

Basically no matter what I do, I cannot get it to recognise the omen as a thunderbolt device. The machine sees it as a USB hub but nothing else. I've updated thunderbolt but it refuses to recognise it. It sort of looks like thunderbolt crashes when it's plugged in as I have to re-open it afterwards.

Just wondering if anybody has an idea before I return it.

What version of Intel Thunderbolt Software are you running?

Hopefully you can see the below... 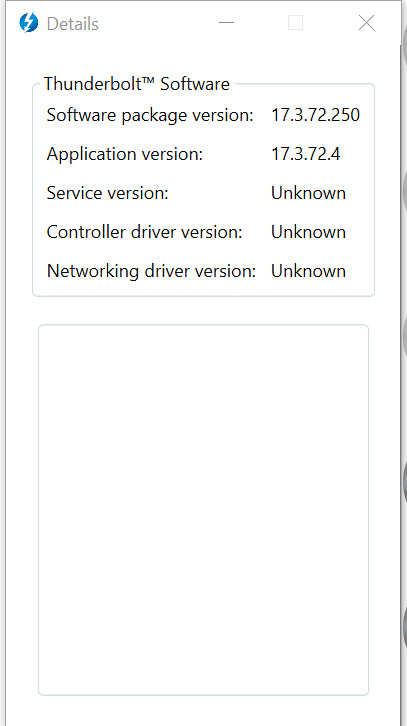 Oh and if it helps, device manager reports it as a "billboard Device" under a USB devices.

What's the full model number of your HP laptop? The screen capture indicates it could not locate a Thunderbolt 3 controller. Your laptop may have USB-C only.

It should have 2 thunderbolt 3 enabled ports, and the side of the chassis has the lightning bolt next to both ports...

I've opened a case with HP although from past experience I'm seriously not expecting much from their support...

The computer has all the updates that are available applied, including the bios. I've done everything I can find for it. I'm at a lost end with it, although I don't have much experience with Thunderbolt...

While it seems both ports are marked TB, have you tried plugging the Accelerator in both? Also, is there any difference if you plug it in while booted or starting with the Accelerator already plugged in?

I'm contemplating upgrading my 8550U powered Spectre to that and will be having one almost identical to yours with me next week (interested in how much closer to H than U in performance are those units), so if you're not close to the return date, we could compare notes.

I've got about 25 days left I think, I only received it this week. It's a nice machine, I had the very first one of these around 18 months ago which was great until it broke. HP sent me 5 different replacements which were either faulty or damaged before eventually refunding me. I really had to think carefully about giving them another chance but the price difference between this and the 2in1 XPS is too hard to ignore.

As suspected I spoke to HP technical support, who were useless - well actually beyond useless. According to the person I spoke to, the Spectre doesn't have thunderbolt only USB-C. She suggested I plug a mouse into the port to see if they worked... **Slaps Face**

I did make some progress today, I wiped the machine and went back to HPs original version, and I'm now at the below. Closer but no cigar... 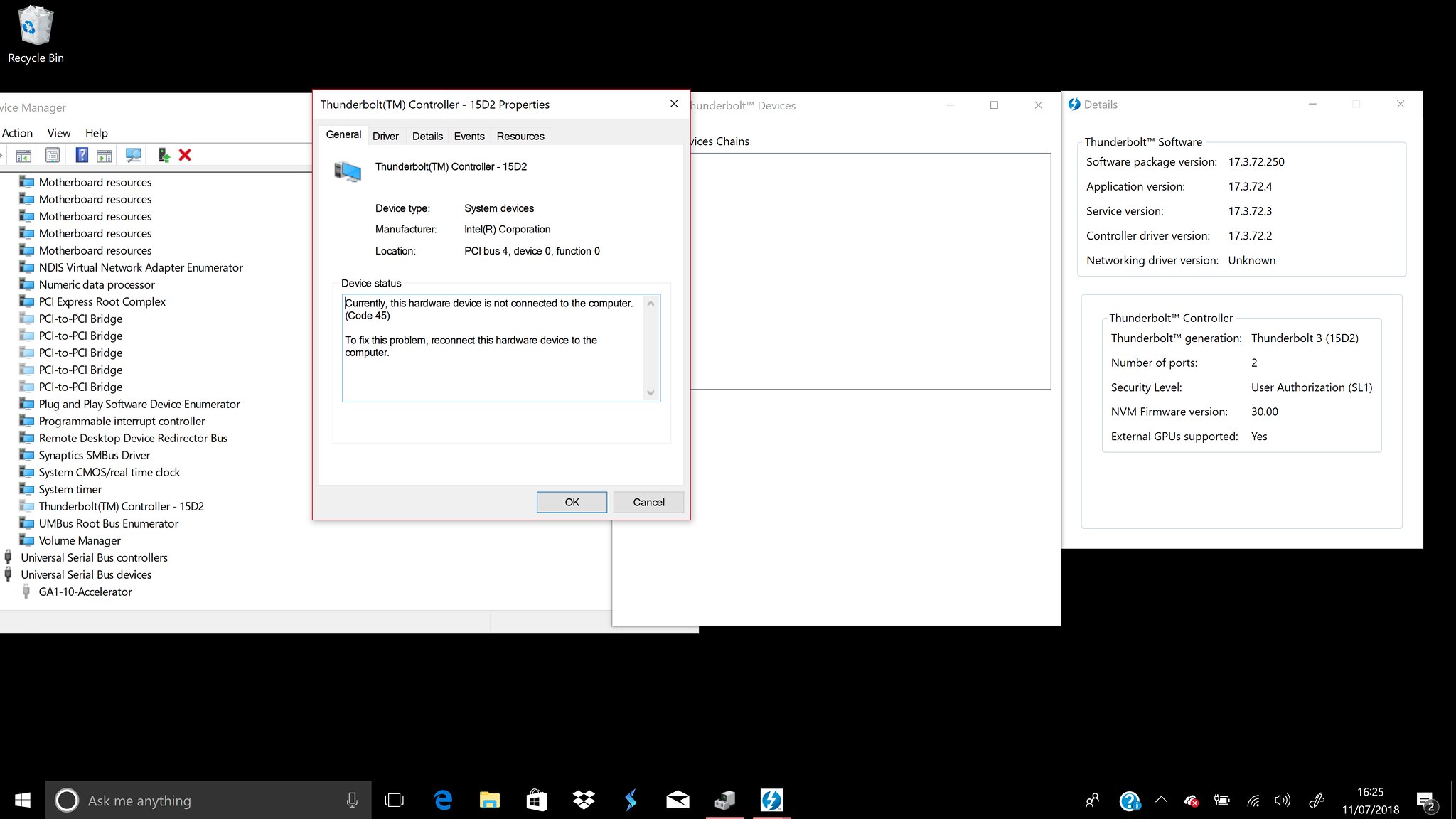 Has as anybody had an issue like this before, with the enclosure being recognised as just a USB device?