Very similar to https://egpu.io/forums/thunderbolt-enclosures/akitio-node-pro-cannot-use-the-external-gpu/ which was unresolved. 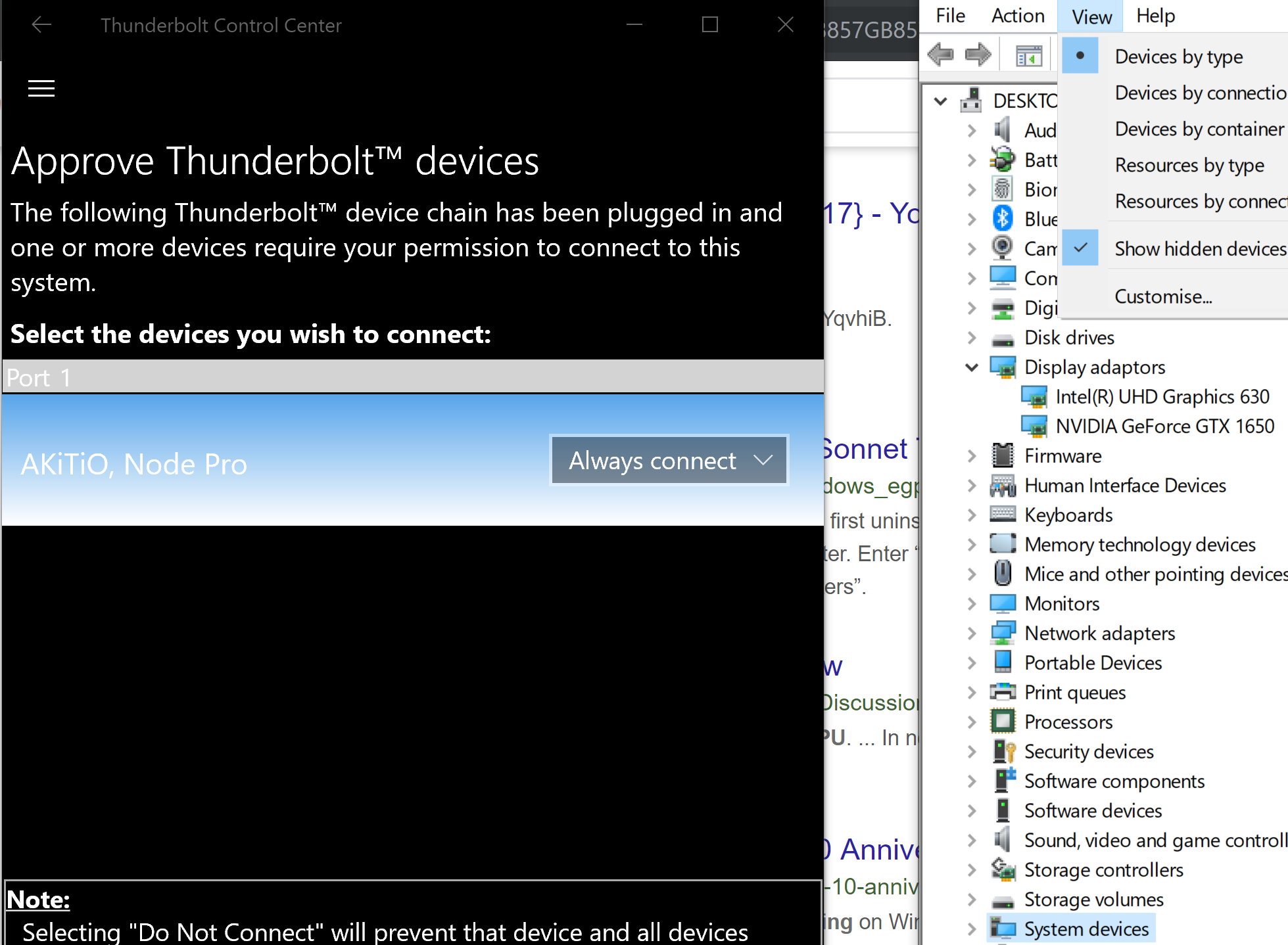 You can solve it? I have same problem.