Forums
Enclosure & Hardware Discussions
Thunderbolt Enclosures
AORUS Gaming Box: What GPUs do work, and which ones do not?

AORUS Gaming Box: What GPUs do work, and which ones do not?

The Gigabyte software for their headsets will allow you to tune and disable the leds. Tested and approved.

@arthy I'm only seeing the Aorus Graphics Engine listed for their headset downloads. This is the same software I used in Windows 10, but there is a driver mix up because I'm using TB2, so the LEDs don't even turn on in this case (a plus in my mind); also the fans don't all work with TB2 in Win10. But in macOS the LEDs run white all the time, and the fans all work; still no software available to control the gaming box lights in macOS.

I'll check the name of the software next time I boot. I'm using native TB3 so using TB2 is probably the cause of the issue. 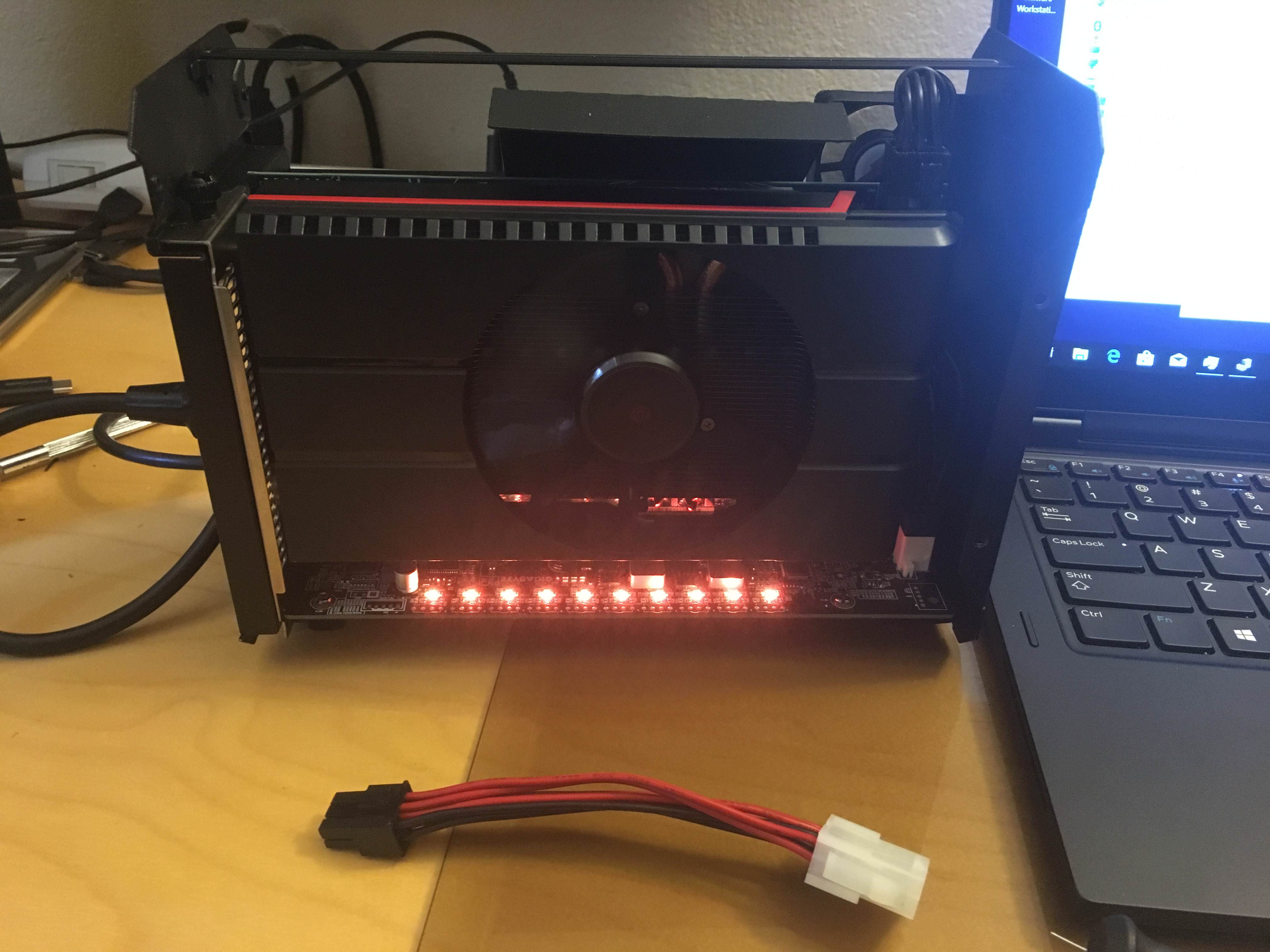 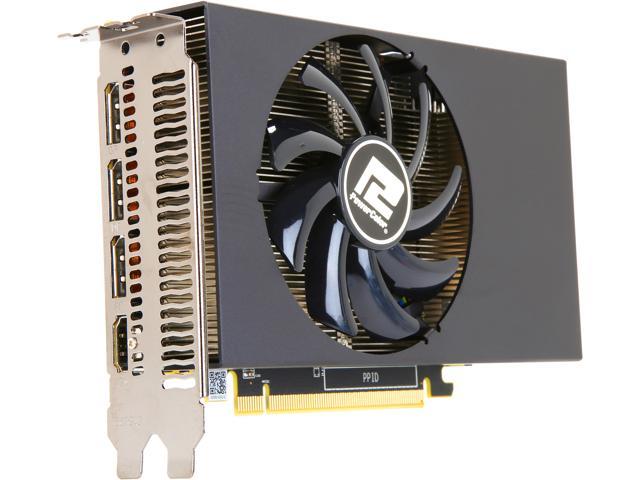 It should also fit into the Gaming Box chassis:

RRP is US$449 which  is honored by Newegg. Ebay sellers adding a hefty upmark.  Newegg US is showing it as sold out. The global Newegg site, which ships from the US,  oddly does allow purchase to be made.

So I found this thread this morning after failing to get my Dell X1 Carbon 5th gen working with an Aorus Gaming Box I got off eBay and a Gigabyte 1050Ti. I had the same issues some others stated (i.e. the box doesn't turn on when plugged in via thunderbolt 3).

So the first hypothesis was that this box was designed to work with exactly the GPU it came with, which has an 8-pin connector. I noticed that my GPU has the through-holes and traces for a connector, but doesn't have one present, since it doesn't need the extra power I guess (front/back).

Given that everyone's reporting success with the 1060, my hypothesis was that simply soldering a 6-pin connector onto the card would be enough to convince the PSU that the right GPU is indeed plugged in. Can't hurt to deliver more power to the card even if it doesn't need it, right?

I was pretty impatient and didn't want to order a connector online and wait for it to ship, so I just bought the cheapest thing I could source locally with a female 6-pin PCI-e power connector: a PCI-e riser card (this one). I un-soldered the PCI-e power connector, reversed the pins (diagnosed with a multimeter on the card that they were backwards relative to where they need to be), and soldered it on. Then I plugged it in and prayed I didn't kill my card/AGB/laptop. Here's what it looked like after my semi-janky soldering job: front/back

And OMG IT WORKED 😮 The GPU now appears under the device manager and all the USB stuff works. The only thing that's kind of odd is the USB + lights only work with one of the thunderbolt 3 connectors on my laptop... not sure why, but also not really an issue.

Anyway, not sure if this was already posted, but just thought I'd throw that tip out there to anyone with a card that isn't working and lacks PCI-e power connectors, but has traces for them.

Someone needs to measure what's going on those power lines that makes the enclosure work, such a soldiering job should be totally unnecessary!

My gaming box recently died and I sent it into gigabyte for warranty.  They wont fix it because I didnt include the card (Dont have the card, bought the box off somebody on ebay).  The box worked for 2 months with my 1050 but then died.  Seems like a PS issue.  Other people mentioned the same problem.  Gigabyte is refusing to honor the warranty if you dont have the original card so I wouldn't recommend buying this box.  What makes it worse is when I put in the warranty request I mentioned to gigabyte that I would not be sending the video card back with the enclosure and they approved the RMA, yet changed their story once they got it, making me just waste money shipping it to them.  Spoke with some guy and he just said "its our policy" and they wont fix the enclosure without the card.  Their policy is just to screw over their customers and sell garbage it seems.

Now I'm out $200 from the ebay purchase and $30 for shipping it back to them.  Now I got to go buy a real eGPU enclosure case that is not plagued with power issues.  Which will prob run me $350.

.
ReplyQuote
of  15
All forum topics
Previous Topic
Next Topic

Latest Post: What are those single slot GPUs which can fit into a 3 slot Razer Core X and have more computing power than a Vega 64? Our newest member: Michael Miller Recent Posts Unread Posts Tags